The pair said “I do” at her late grandfather Barron’s Bel-Air estate on Thursday E! News said, after Page Six reported that the venue flipped back and forth in the days leading up to the event.

A rep for Hilton did not respond to Page Six.

The celebration – which will be a three-night event – kicked off with a reception at the estate. It will be followed up with a carnival on the Santa Monica Pier Friday, and a black-tie soirée Saturday.

The hotel heiress, 40, had several outfit changes throughout her special day on Thursday, as she originally divulged she would be doing on “The Tonight Show.”

“I love outfit changes,” she said, adding that Reum, also 40, would don one style since “he’s not as high maintenance as I am.” 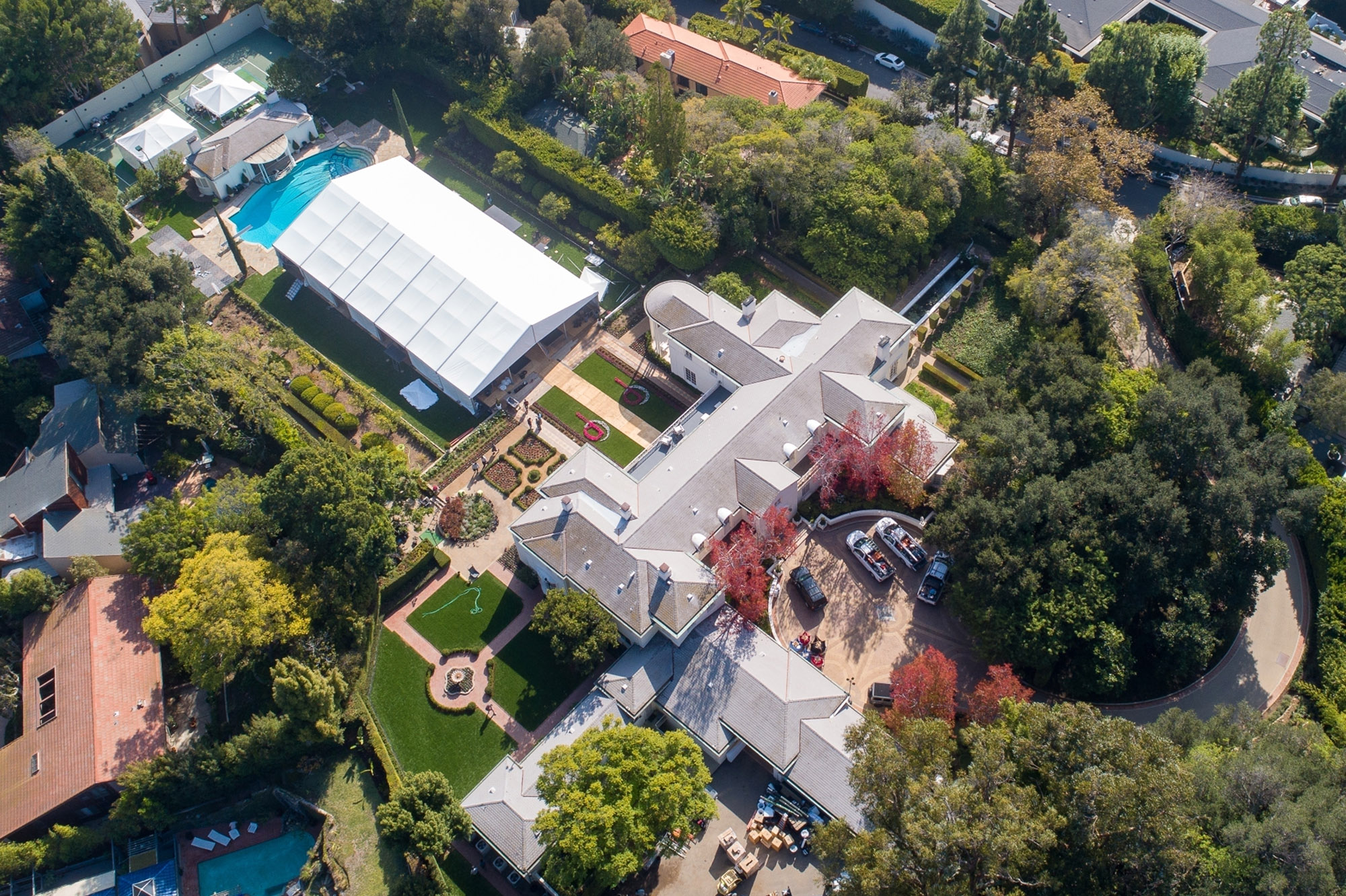 The couple, who first confirmed their relationship in April 2020, got engaged in February. The venture capitalist popped the question on a private island after dating Hilton for a year. He presented her with an emerald-cut diamond ring designed by Jean Dousset.

Hilton opened up about her relationship with Reum in January, telling Mara Schiavocampo on “The Trend Reporter with Mara” podcast, “He’s just my dream guy… [Carter’s] 100 percent [the one]. We talk about [planning a wedding] all the time and planning our baby’s names and all of that.”

She continued, “So, I’m really excited to just move on for the next step of my life, and finally just have like a real life.” 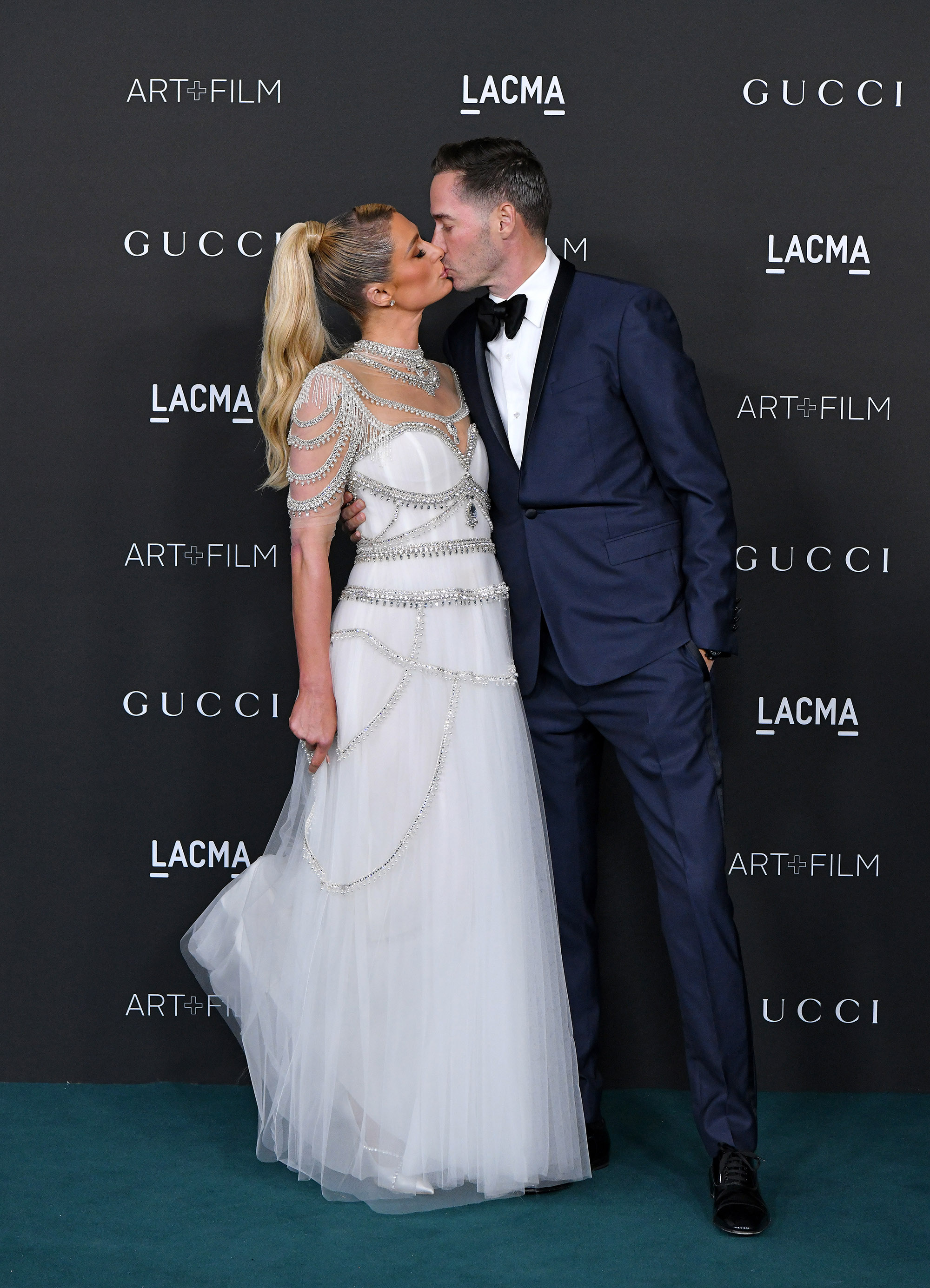 Prior to meeting Reum, Hilton admitted that she “put up with things no one should” in her past relationships in an interview with People last September.

Hilton also opened up about the painful emotional and physical abuse she allegedly underwent as a teen while at the Provo Canyon boarding school in Utah. She claimed it precipitated her unhealthy relationships later in life.

“I had become so used to [abusive behavior] at Provo, that it made me feel like it was normal,” Hilton said in her Youtube documentary, “This Is Paris.”

Hilton alleged that the relationships she had with all five of her ex-boyfriends started the same.

“They all seemed like such nice guys and then the true colors would show,” she recalled. “They’d get jealous or defensive or try to control me. And there would come a point where they would become physically, verbally and emotionally abusive.”

Hilton continued, “I didn’t really understand what love or relationships were. I thought that them getting so crazy meant that they were in love with me. Looking back, I can’t believe I let people treat me like that.”

Now that she is happily married, Hilton can look forward to starting a family with Reum. Hilton told Schiavocampo in the aforementioned interview that she wants to have kids with Reum and was already undergoing IVF treatments.

“We have been doing the IVF, so I can pick twins if I like,” she revealed. “Kim [Kardashian] is actually the one who told me about that. I didn’t even know anything about it.”

Hilton was previously engaged to model Jason Shaw from 2002 to 2003, Greek shipping heir Paris Latsis in 2005, and most recently actor Chris Zylka in 2018.