Parents reveal how they trick their son, 2, into taking liquid ibuprofen without making a fuss by pretending they don’t know how to use a syringe so HE steps in to ‘show them’ – and takes it in the process

Every parent knows that getting a young child to make medicine without a fuss can be quite the challenge.

But two parents came up with a ‘genius’ way into tricking their two-year-old son into taking his medicine without having a ‘tantrum’.

Yazmin Alexa Vargas, of Bogotá, Colombia, took to the Family Lockdown Tips and Ideas Facebook page to reveal who they trick their son Diego into taking liquid ibuprofen by pretending not to know how to use a syringe.

The mother explained that Diego ‘hated’ to take his medicine and that her partner David realised that if he pretended he didn’t know how to administer it, then the two-year-old would be keen to teach him. 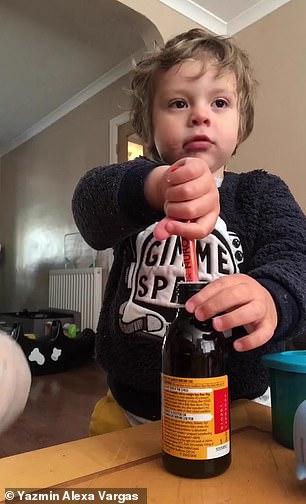 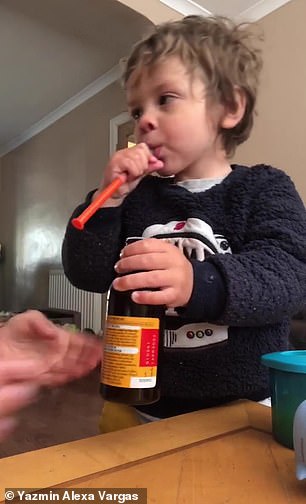 Yazmin Alexa Vargas took to Facebook to reveal her partner David persuades their son Diego, 2, to take medicine by pretending they don’t know how it works and getting him to teach them

Adorable video footage shows Alexa asking her son what they need to do, prompting Diego to show his mother how to get the liquid Nurofen out of the bottle using the plastic syringe.

Alexa then cleverly asks her son ‘what do we do now?’, while Diego shows his mother how he needs to take the medicine, before swallowing it without any fuss.

The mother pretends to be completely amazed by Diego’s actions, leaving the toddler grinning and looking very pleased with himself – while Alexa is secretly relieved he has taken the medicine.

Writing on Facebook, Alexa said: ‘So my 2 year old son hated to take his meds! And I found the best way to do it!!!! Hahahah. I pretend to not know what to do and I let him show me. No tantrums no dramas yayyyyy.’

She later explained that Diego’s father David first came up with the ‘genius’ method, saying they had tried for days to ‘force’ him to take the medication with no luck.

The mother said it is ‘so easy’ to give her son his medicine if they pretend they don’t know what to do, as ‘clever’ Diego will insist on showing them and will take Nurofen without a ‘tantrum’. 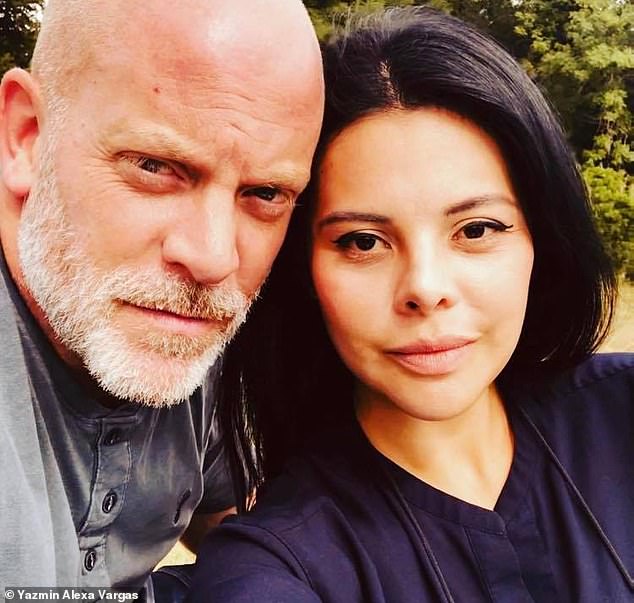 The mother later explained that Diego’s father David (both pictured) came up with the ‘genius’ method, saying they had tried for days to ‘force’ him to take the medication with no luck 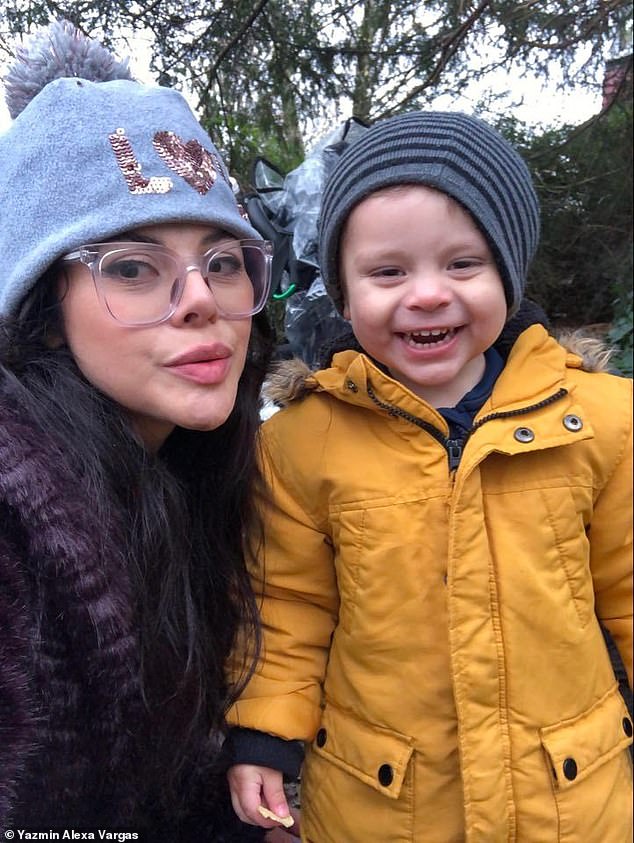 The mother said it is ‘so easy’ to give her son Nurofen if they pretend they don’t know what to do, as ‘clever’ Diego will insist on showing them and will take it without a ‘tantrum’

‘We tried really hard for days and always had to force him to take his meds. So one day daddy pretended he didn’t know what to do and got Diego to show him.

‘So Diego felt really proud if himself and now it’s so easy to give him his meds if we pretend to be silly. He loves being the clever boy.’

Other Facebook users were quick to praise the ‘brilliant idea’ with some parents admitting they have started using similar tricks with their own children.

While another wrote: ‘I do this with mine also! For his daily Sambucol vitamin using a trusty calpol syringe. He loves it’.

And a third said: ‘That is one clever trick’. 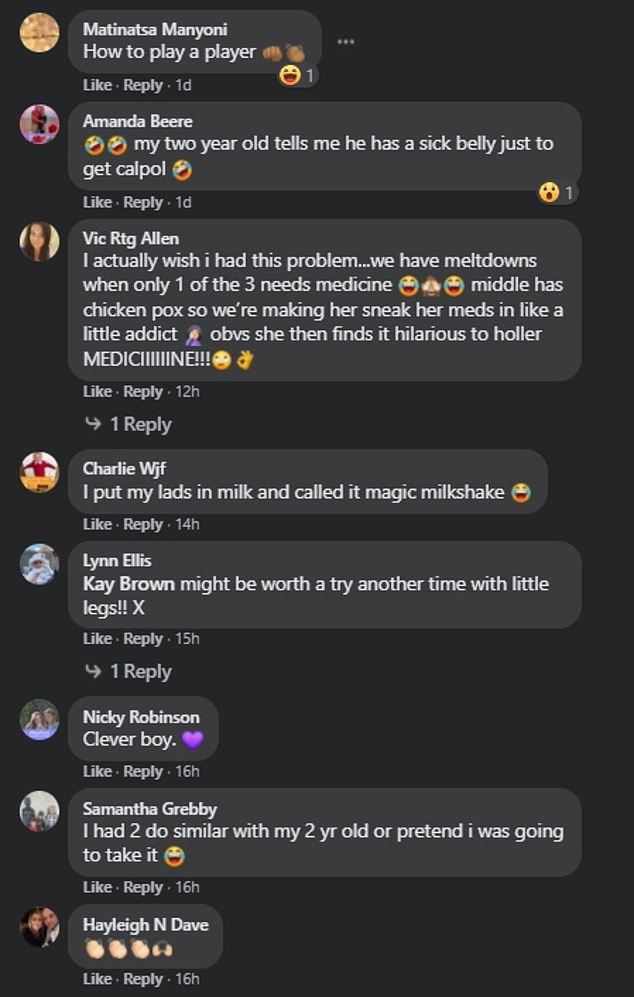