With Christian McCaffrey set to lead the Carolina Panthers into Week 3 against the Houston Texans Thursday night, ESPN commentator Stephen A. Smith again called for higher praise for the running back.

Smith, who has been one of the loudest supporters of McCaffrey since he was coming out of Stanford a few years ago, reiterated that the star running back is receiving less coverage because he’s White. 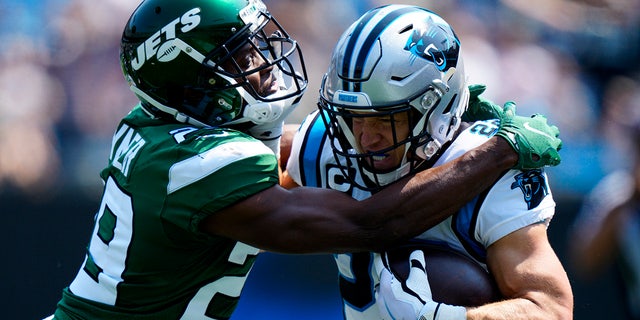 “Running the football, catching the football out of the backfield. We know what he did coming out of college at Stanford. Christian McCaffrey is a special, special dude,” Smith added.

Smith made the comments on ESPN’s “First Take,” and it’s not the first time he’s raised the issue about McCaffrey. Smith mentioned “reverse discrimination” in 2020 when McCaffrey signed a four-year, $64 million contract extension. He touted McCaffrey’s ability to run and catch the football and his emergence as the face of the franchise.

“If Christian McCaffrey were Black, we’d be raving about him. He is a White guy playing the running back position, and I don’t think, as a nation, … we have truly embraced and appreciated what this brother did at Stanford. He was special. He was all they had.” 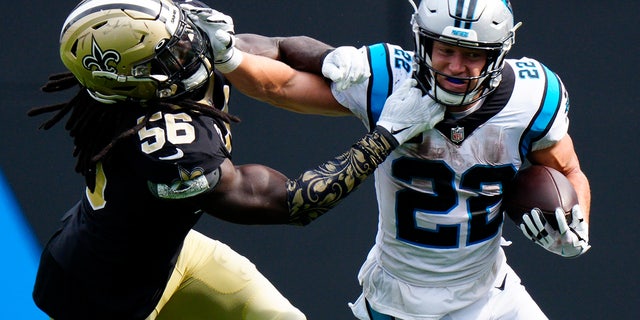 Carolina Panthers running back Christian McCaffrey pushes away from New Orleans Saints outside linebacker Demario Davis during the second half of an NFL football game Sunday, Sept. 19, 2021, in Charlotte, N.C.
((AP Photo/Jacob Kupferman))

McCaffrey is in his fifth season with the Panthers and has shown an incredible ability, when healthy, to run and catch no matter who is under center for Carolina. His 2020 season was cut short after three games, but 2019 was his best year yet.

McCaffrey is poised to have another strong year in 2021. After two weeks, he has gained 170 yards on 45 carries with a touchdown and 14 catches for 154 yards.