ARSENAL loanee Joe Willock came off the bench to score a dramatic equaliser and deny Tottenham a place in the top four.

Harry Kane’s quickfire double after Joelinton’s opener looked to have moved Jose Mourinho’s side up three places into the Champions League spots. 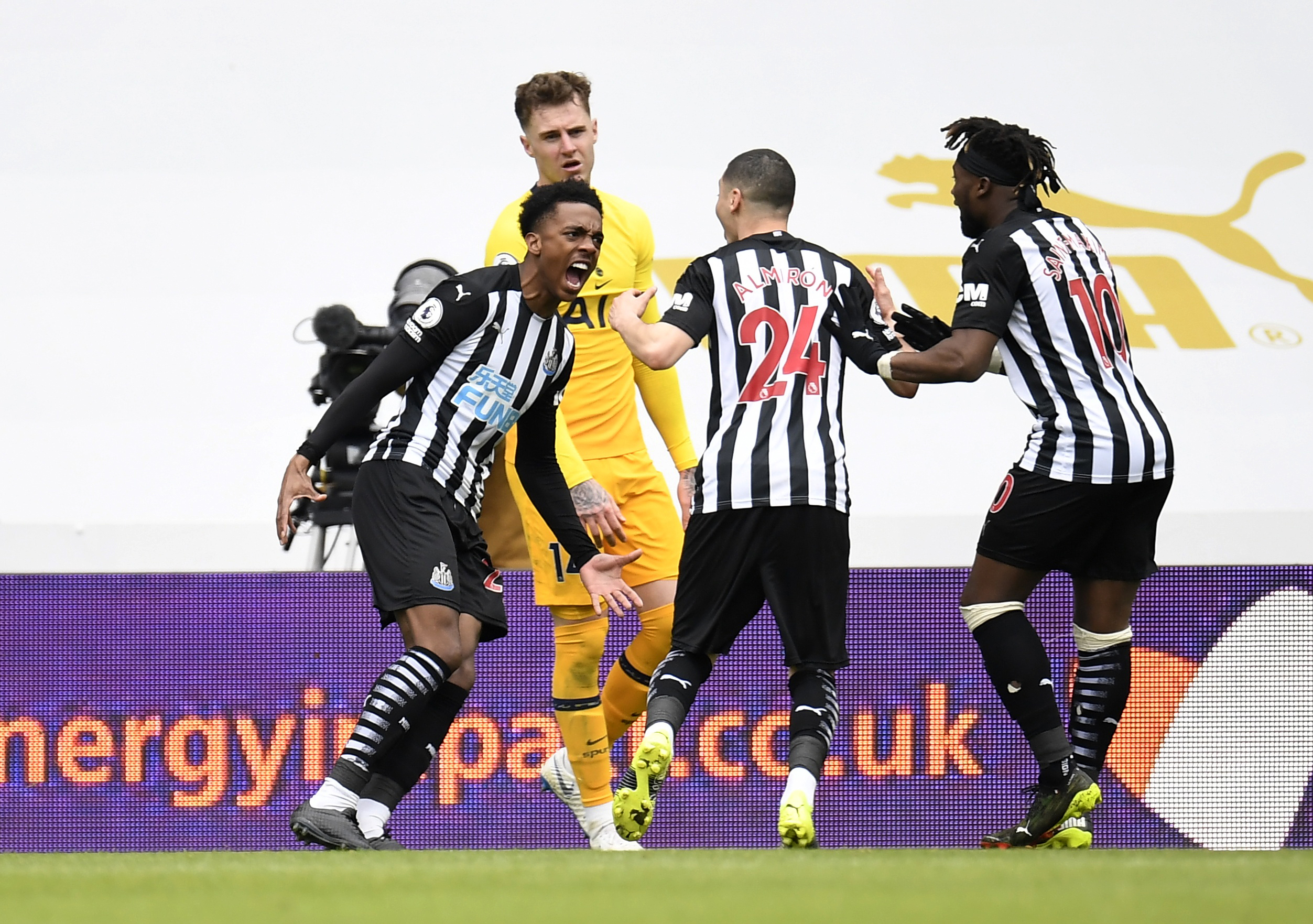 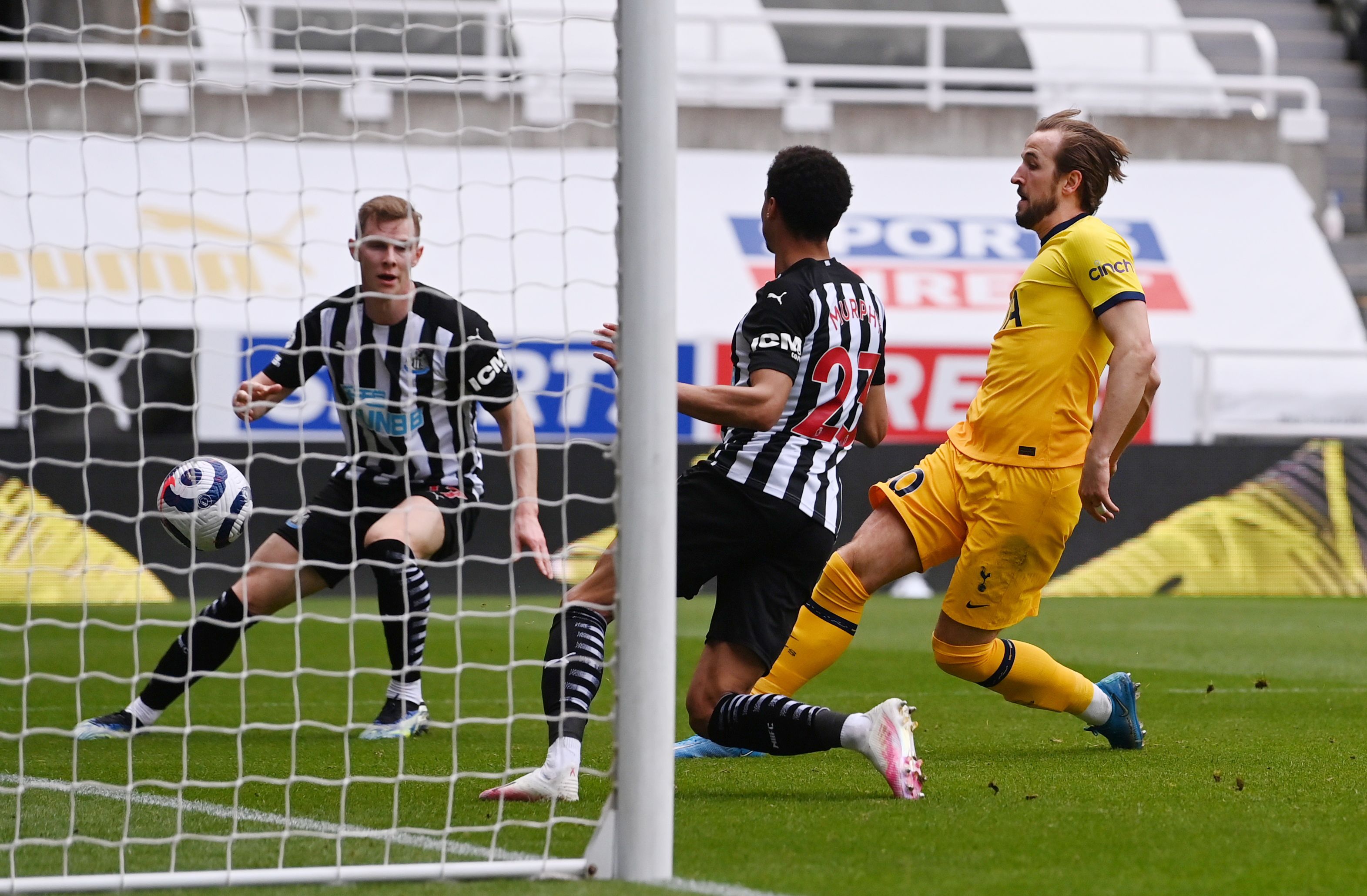 But Willock, who had only been on seven minutes, had other ideas as he fired off the underside of the bar to bag a precious point for the relegation-threatened Magpies.

Joelinton opened the scoring after 28 minutes with just his fourth league goal since arriving for £40million two summers ago.

But Spurs were ahead just six minutes later thanks to Kane’s double, which takes his tally to 19 for the season.

The numbers are just ridiculous – in all competitions the Spurs skipper has been involved in 49 goals this season (29 goals and 16 assists).

The first, 26 seconds after Joelinton’s strike, was as easy as they come, capitalising on Emil Krafth’s shocking attempted clearance to poke into an empty net.

But the second was a thing of beauty, latching onto Tanguy Ndombele’s neat pass before rifling low across Martin Dubravka into the bottom corner.

Kane then missed a golden chance to claim a hat-trick and seal the points – and he was made to pay when Willock smashed home from close range at the death.

Bruce made five changes after their mauling at Brighton last time out, with Matt Ritchie handed his first start since calling his manager a ‘coward’ in a training ground bust-up last month. 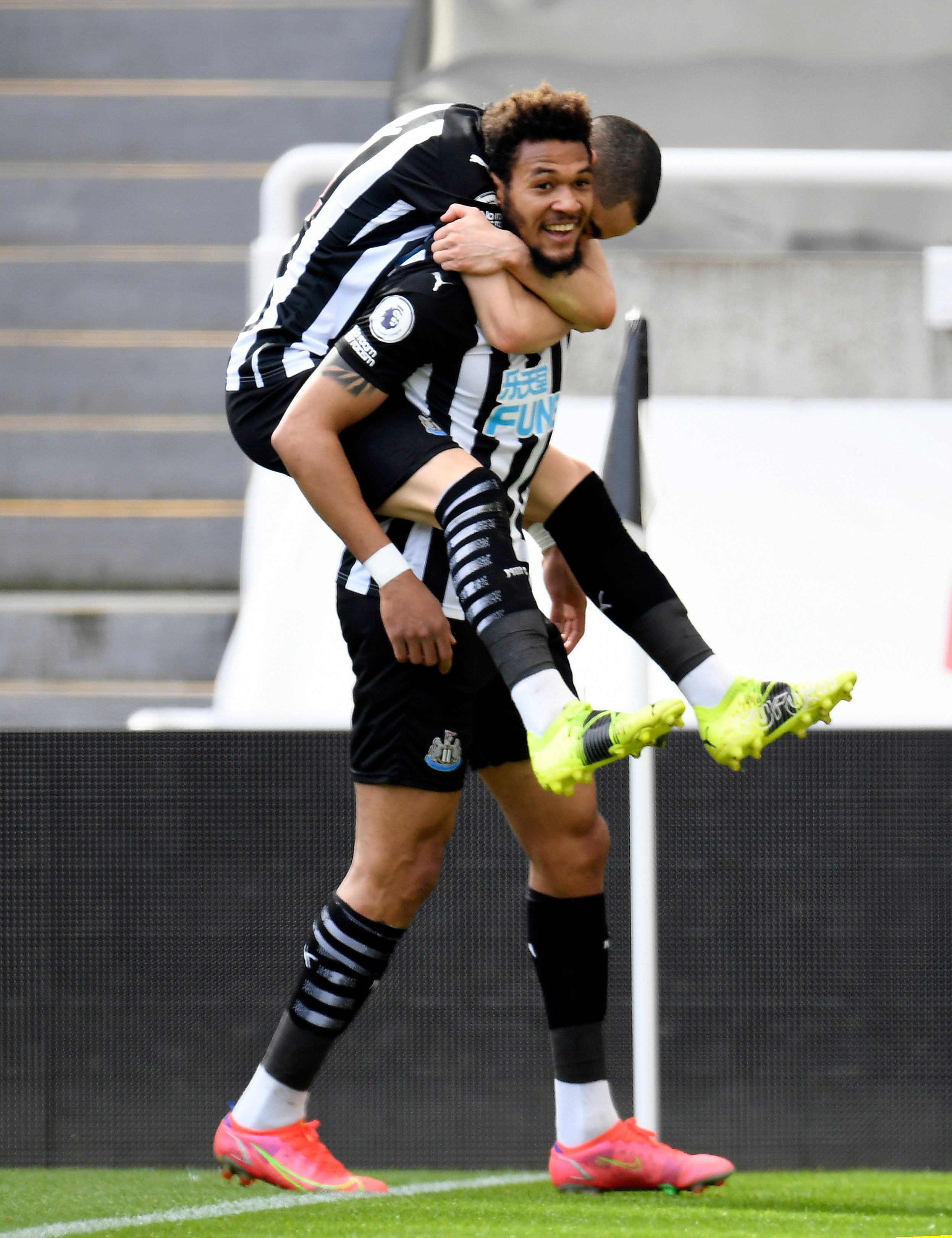 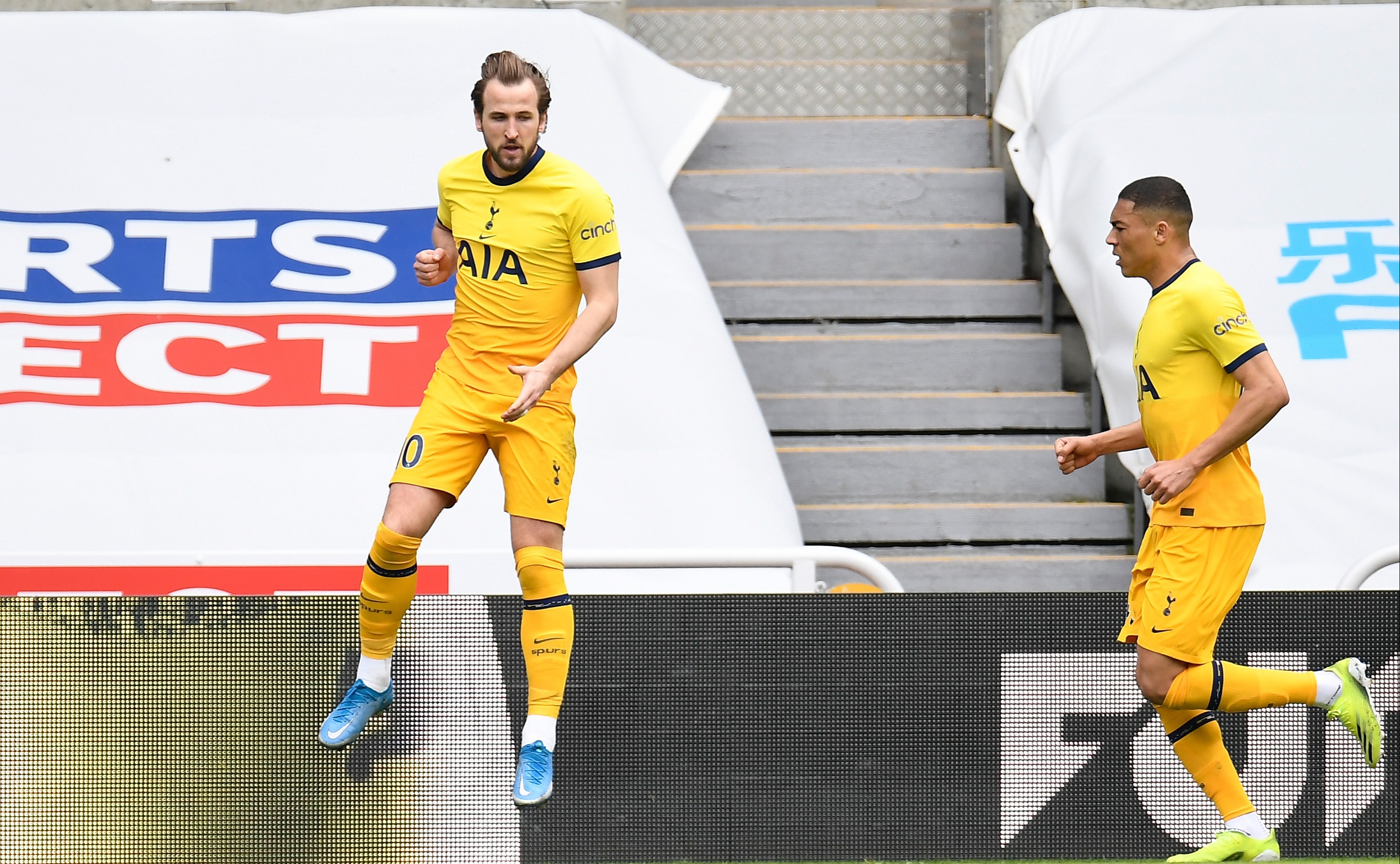 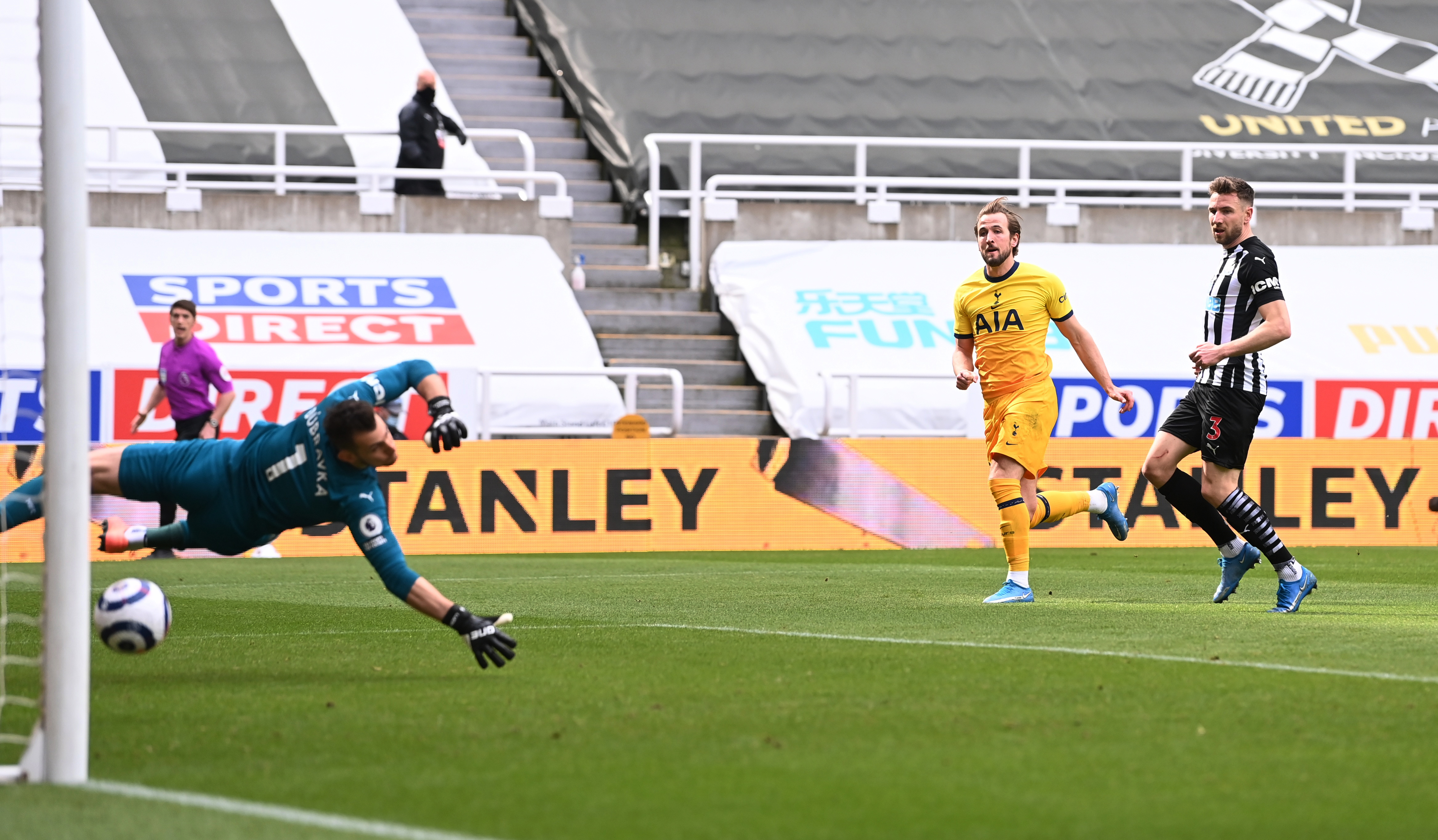 Mourinho named the same side that beat Aston Villa last time out, with Son Heung-Min a sub following a hamstring injury.

And it was a belting first-half, benefitting from the sort of shambolic defending no doubt seen across the land over the weekend now amateur football is back.

Newcastle really should have been ahead via Dwight Gayle but Hugo Lloris was on hand to thwart him twice.

The diminutive striker got in between Davinson Sanchez and Joe Rodon to nod on Jonjo Shelvey’s dinked ball, but Hugo Lloris leapt spectacularly to his right to claw away.

Gayle gathered the rebound but the shot from point-blank range was weak and allowed the Frenchman to just about keep it out.

Newcastle were emboldened though and had their lead 28 minutes in thanks to Joelinton – yes, that Joelinton! 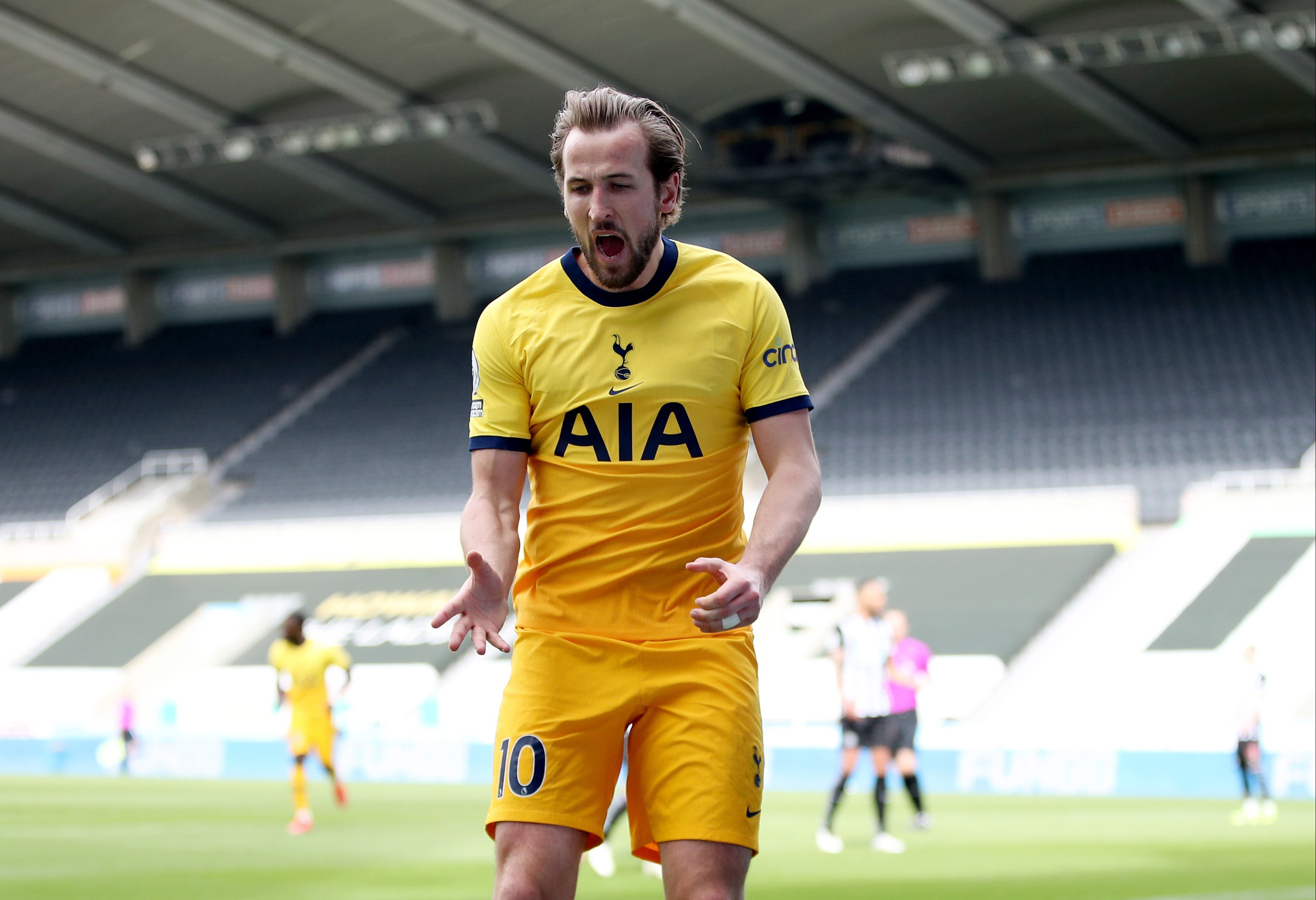 Davinson Sanchez’s woeful clearance deep on the right fell straight to Matt Ritchie before Sean Longstaff squared it to the unmarked Brazilian to cooly slot home.

His second of the season, first since November and just his fourth league goal since arriving for £40million two summers ago, Bruce was jumping for joy on the touchline.

Was this the turning point he’s been craving so dearly?

Well, unfortunately not, as the Geordie had steam emanating from his head 26 seconds later when his side resorted to type to gift Kane the leveller.

Giovani Lo Celso picked it up on the right from Tanguy Ndombele and slid a low dangerous ball across goal.

It was ahead of Kane though and just needed to be cleared, only for Emil Krafth to completely miss it and get in the way of Dubravka.

The ball then ricocheted off the keeper and straight into Kane’s path to poke home his 18th of the campaign.

If that was as easy as they come, his second – four minutes later – was pure class. 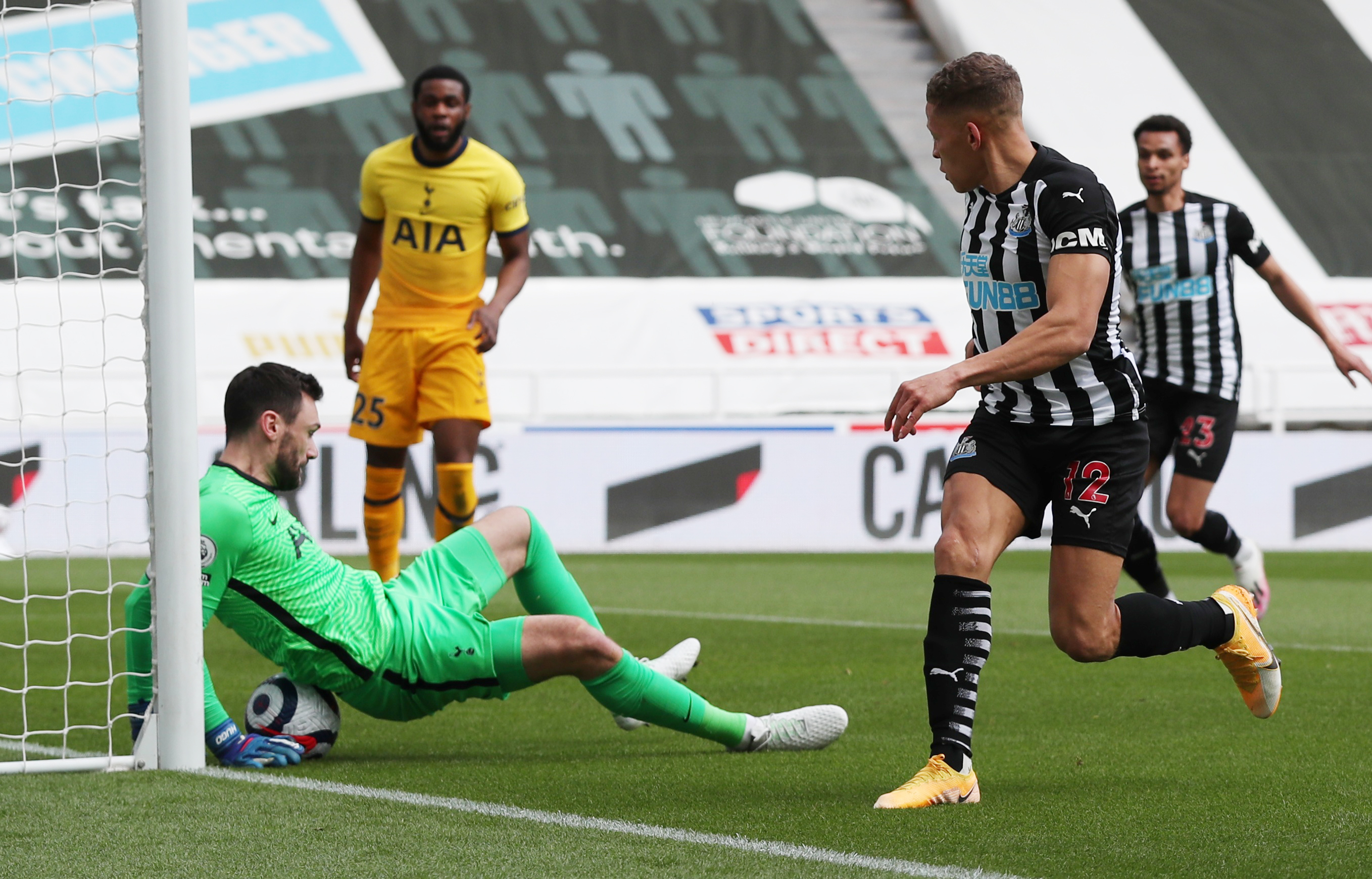 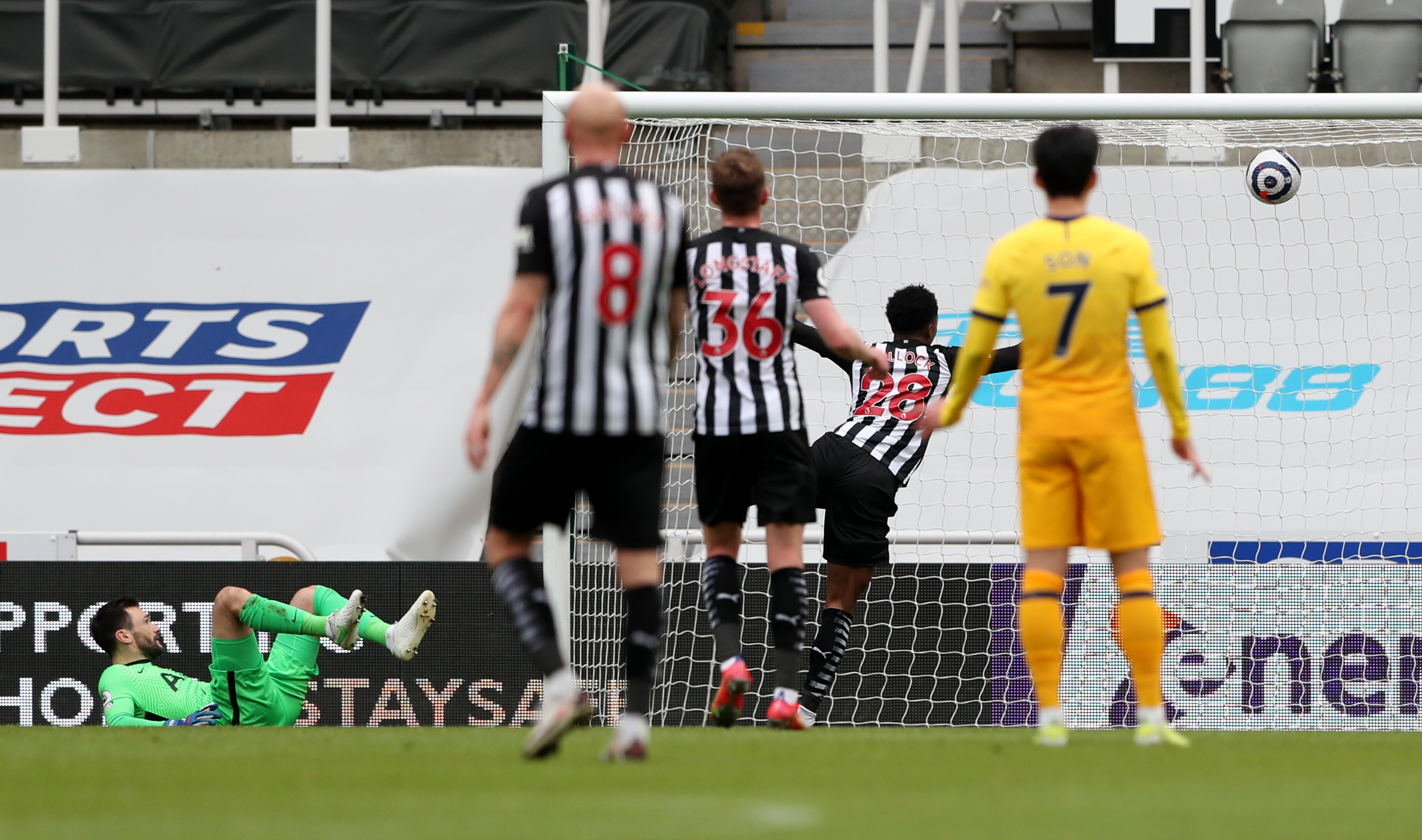 Ndombele was at the heart of it again, cutting the Toon defence open with a reverse pass to Kane, who had stayed onside on the right.

As ruthless as they come, the 27-year-old took one touch before leathering it low back across Dubravka into the far corner.

Brucey’s boys were not going down without a fight though and came out flying after the break.

But for all the endeavour – something scarcely seen in recent months – they struggled to test Lloris.

Japhet Tanganga saw a header cleared off the line at the other end before the big chance did come for the hosts.

There’s a reason he is mercilessly mocked by some on Tyneside – and this is why, showing none of the composure from earlier and skewed agonisingly wide from Krafth’s cross.

It was end-to-end stuff, with Kane up next to try and seal the hat-trick.

Another peach of a ball from Ndombele, the England striker darted in behind but could not sort his feet out allowing Dubravka to smother.

As Spurs started to look more and more in control, Bruce called for Allan Saint-Maximin and Willock from the bench.

Kane then had a great chance to wrap up the points on the counter but fired off the outside of the post.

And Willock capitalised in the 86th minute.

Matt Ritchie's deep cross was headed back across goal, only for Miguel Almiron’s header to be cleared off the line.

But it fell straight into Willock’s path, with the Arsenal youngster blasting into the roof of the net to breathe new life into Newcastle’s survival bid.