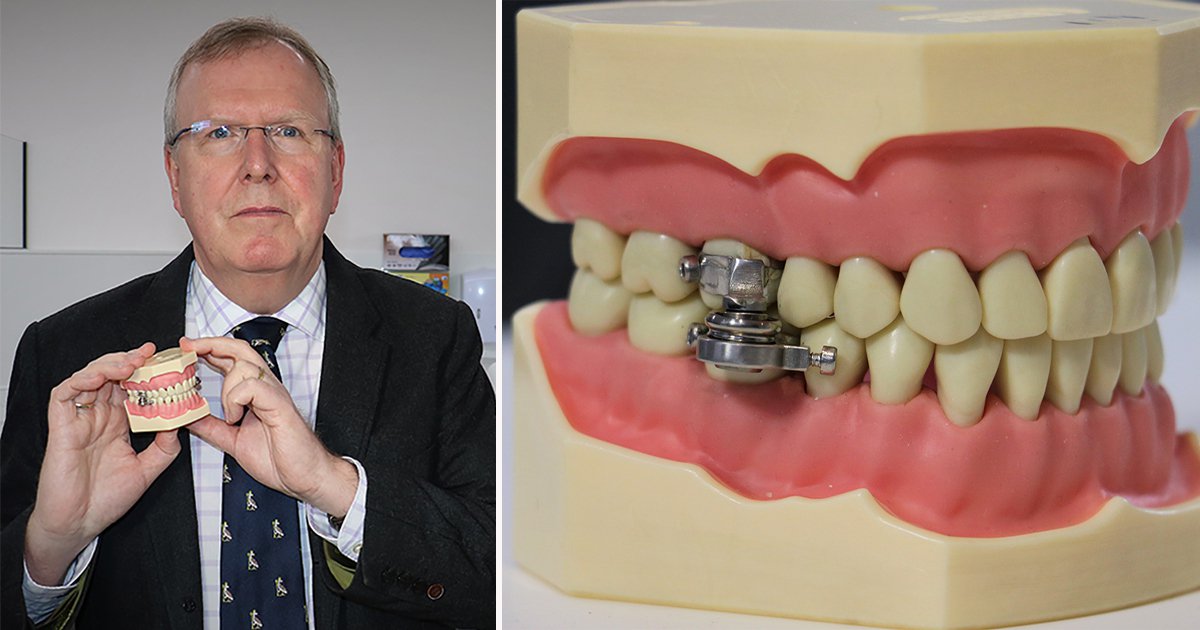 In an effort to combat the ever-worsening obesity crisis, a team of researchers have come up with a device that locks your mouth shut.

The DentalSlim Diet Control is an intra-oral device fitted by a dental professional to the upper and lower back teeth.

The resulting situation is you literally can not eat anything.

Don’t worry though, it doesn’t clamp your jaw closed completely; you get a gap of 2mm left for breathing and talking. And for drinking liquid.

According to the company behind the device: ‘Participants in a Dunedin-based trial lost an average of 6.36kg in two weeks

Which, to be frank, is hardly surprising if you can’t open your mouth further than 2mm.

The release says the participants ‘were motivated to continue with their weight loss journey.’

The DentalSlim was created by researchers at the University of Otago in New Zealand along with colleagues in the UK.

Lead researcher, University of Otago Health Sciences Pro-Vice-Chancellor Professor Paul Brunton says the device will be an effective, safe, and affordable tool for people battling obesity. It is fitted by a dentist, can be released by the user in the case of an emergency and can be repeatedly fitted and removed.

‘The main barrier for people for successful weight loss is compliance and this helps them establish new habits, allowing them to comply with a low-calorie diet for a period of time. It really kick-starts the process,’ Professor Brunton says.

‘It is a non-invasive, reversible, economical and attractive alternative to surgical procedures.

‘The fact is, there are no adverse consequences with this device.’

While we’re not sure that getting a dentist to clamp your mouth shut is a great idea, the looming obesity crisis is becoming clear.

It is estimated around 28 per cent of adults in England are clinically obese while a further 36 per cent are overweight although not obese.

In the US, almost three out of four people over the age of 20 (71.6 per cent) are either overweight or obese.

Patients are given a tool to open the DentalSlim Diet Control in an emergency, but none of the study participants needed to use it. While they all described the device as tolerable, the design has since been improved, making it smaller to improve functional comfort and aesthetics.

‘Overall, people felt better about themselves, they had more confidence and they were committed to their weight loss journey,’ Professor Brunton said.

‘It’s hard yards. Patients who really want to do this have to be committed. But for those people who are really struggling – and let’s face it, that’s millions of people across the world – this is a way of getting them back into normal lifestyle diet habits by really pump priming the process.

‘This could actually help a lot of people.’