Home » Lifestyle » New hotel opens on grounds of the Palace of Versailles charging £1,470 a night 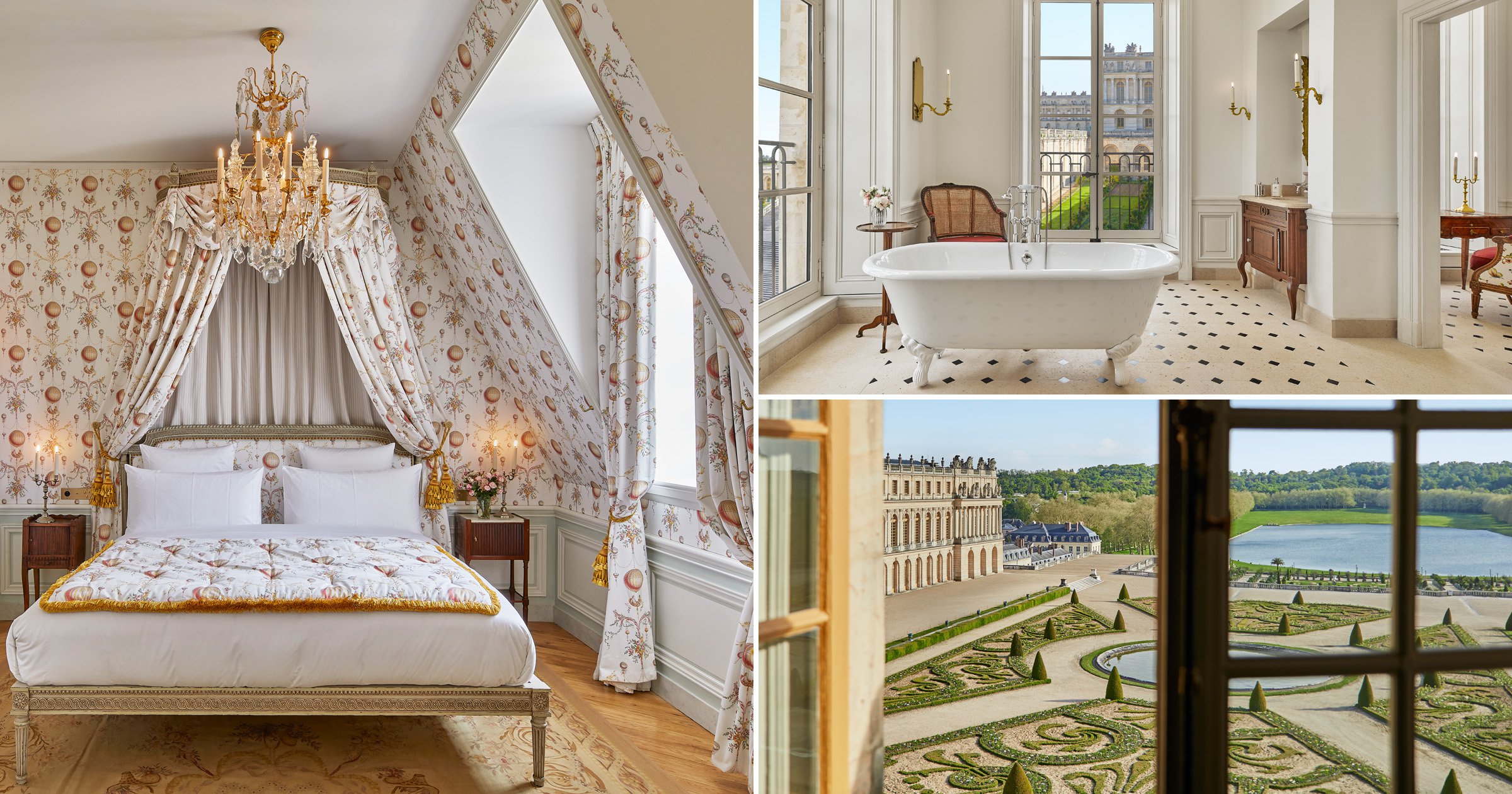 Prepare to be blown away.

A hotel has opened on the grounds of the Palace of Versailles in France – for the first time ever.

The luxurious hotel, called Le Grand Contrôle, takes all-inclusive to the next level with a five-course formal dinner and complimentary experiences, such as tours of the retreats built for King Louis XIV and Marie Antoinette, as well as the palace itself.

Guests can also enjoy access to the Valmont spa, which is home to a 15-metre pool.

Since being restored by architect and interior designer Christophe Tollemer, the property now boasts 14 lavish rooms including a 120-square metre signature suite.

Each one has been named after a prominent individual associated with the chateau’s history. There’s also 18th-century style decoration throughout with authentic colours, fabrics, chandeliers, artwork and artefacts.

Not only are the rooms dripping in elegance but the restaurant is headed up by world-famous chef Alain Ducasse – who has 20 Michelin stars to his name.

Each dinner is a theatrical affair – designed to transport guests back to royal banquets. The restaurant team even wear period costume and serve an array of gold, silver or vermeil dome-covered dishes.

The Airelles group – which runs the hotel –  said: ‘A bell rings at 8:30pm to signal the beginning of dinner, where guests experience a five-course gourmet feast commencing with a selection of soups and starters followed by roasts and salads, then dessert and finally, fruit.’

For a bit of historical context, from Louis XV to Louis XVI’s reign, the building functioned as the equivalent of today’s Ministry of Finance – hosting Europe’s cultural elite.

The hotel is housed in a building created in 1681 by Louis XIV’s favourite architect, Jules-Hardouin Mansart.