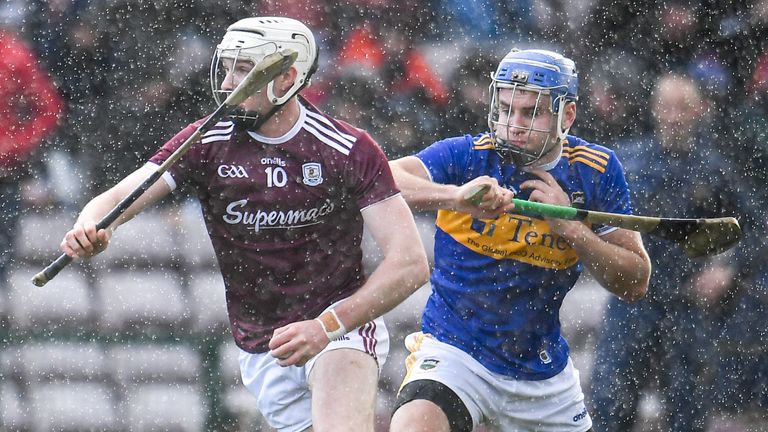 Galway are through to the National Hurling League knockout stages after beating Tipperary, while Carlow were relegated from Division 1 by Westmeath.

Galway staged a stunning second-half comeback to deny Tipp in Pearse Stadium, and book a Division 1 quarter-final date with Wexford.

The Premier County had led by eight points before the break, but the Tribesmen were assisted by the elements in the second half and took full advantage as they completed a 16-point swing.

Tipp had gotten off to the perfect start, with John McGrath finding the net for the first score of the game. Indeed, the Loughmore man was in-form, and moments later he had raised a second green flag.

Liam Sheedy’s charges were dominating the exchanges, and when an exquisite Cian Darcy pass picked out Jason Forde who shot for the third Tipperary goal, it looked like it would be their day.

Evan Niland was accurate for frees to keep the home side in touch, as Tipp took a 3-7 to 0-9 lead into the break. 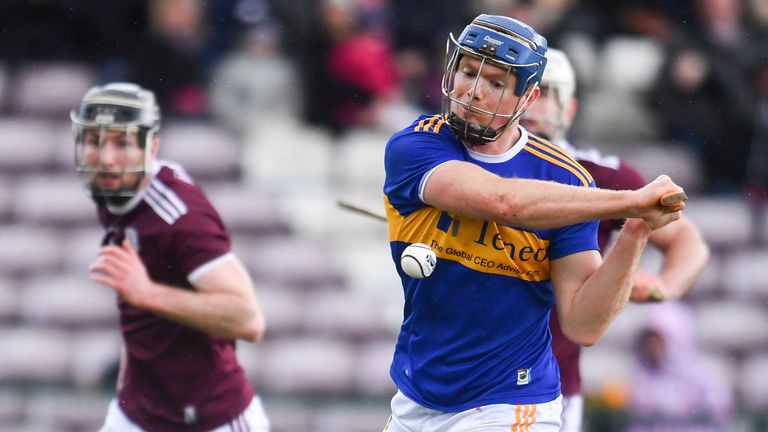 However, the game was turned on its head in the second half.

Two excellent goals from man-of-the-match Conor Whelan saw Galway seize the advantage, while Brian Concannon was lively in the forwards, scoring four points from play for the hosts.

Niland added further scores, finishing with a personal tally of 0-14.

Shane O’Neill will have been delighted with how his side finished, with a late Cathal Mannion goal sealing the eight-point victory.

Westmeath have retained their Division 1 status for 2021, with a six-point win over Carlow in the relegation play-off in Mullingar.

The Lake County capped a hugely positive start to Shane O’Brien’s reign as manager, leading for the entirety of the match to seal victory.

Killian Doyle scored 1-7 of Westmeath’s 1-8 half-time tally, as they stormed into the break seven-point advantage.

A late rally from Carlow with two goals within as many minutes kept them in touch, but Doyle’s seven second-half points helped Westmeath over the line. 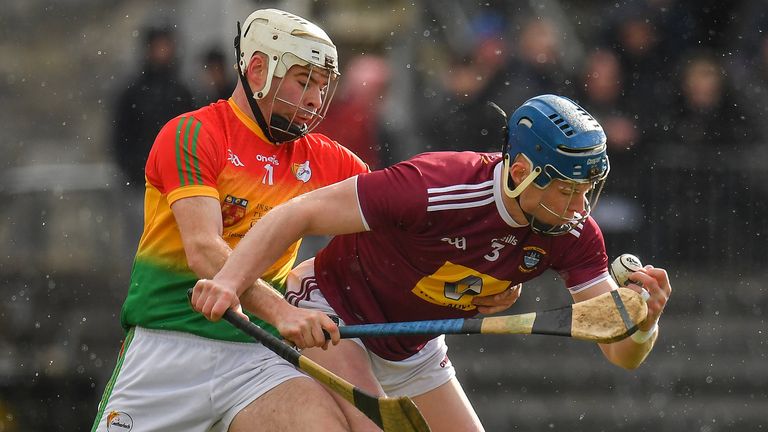 Meanwhile, Offlay will remain in Division 2A next year, after being held to a draw by Antrim in O’Connor Park.