Tennis superstar Naomi Osaka opened up about her mental health struggles and her decision to drop out of the French Open in an essay published Thursday in Time magazine, saying “it’s O.K. to not be O.K.”

Osaka skipped Wimbledon and withdrew from the French Open after she was fined $15,000 and threatened with suspension for her refusal to appear at a tournament press conference. She elaborated on her decision to protect her mental health in her essay for TIME, which featured her on an Olympic-themed cover.

“I communicated that I wanted to skip press conferences at Roland Garros to exercise self-care and preservation of my mental health,” she said, noting the privilege of her profession. “I stand by that. Athletes are humans.”

“Perhaps we should give athletes the right to take a mental break from media scrutiny on a rare occasion without being subject to strict sanctions,” she added. “In any other line of work, you would be forgiven for taking a personal day here and there, so long as it’s not habitual.”

Osaka also called for “sick days” in professional tennis and wrote about the “pressure” of disclosing her symptoms, saying she felt the press and French Open organizers “did not believe” her.

“I do not wish that on anyone and hope that we can enact measures to protect athletes, especially the fragile ones,” she said. 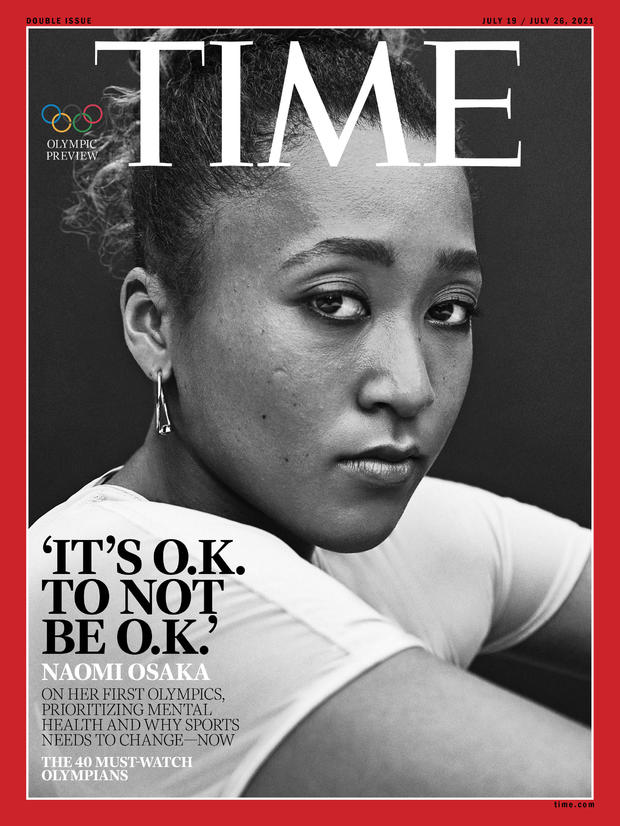 The no.1-ranked women’s tennis player also said in her essay that her refusal to partake in the press conferences was never about media members, but rather the “out of date” format of press conferences that is in “need of a refresh.”

She acknowledged criticism she received from some tennis writers, who did not agree with her stance and were concerned with setting a “dangerous precedent.”

“The intention was never to inspire revolt, but rather to look critically at our workplace and ask if we can do better,” she wrote.

“An Olympic Games itself is special, but to have the opportunity to play in front of the Japanese fans is a dream come true. I hope I can make them proud,” she said.

While she pointed out that she’s “uncomfortable” playing the role of athlete mental health advocate, she saw significance in being a voice.

“I don’t have all the answers,” she said. “I do hope that people can relate and understand it’s O.K. to not be O.K., and it’s O.K. to talk about it. There are people who can help, and there is usually light at the end of any tunnel.”