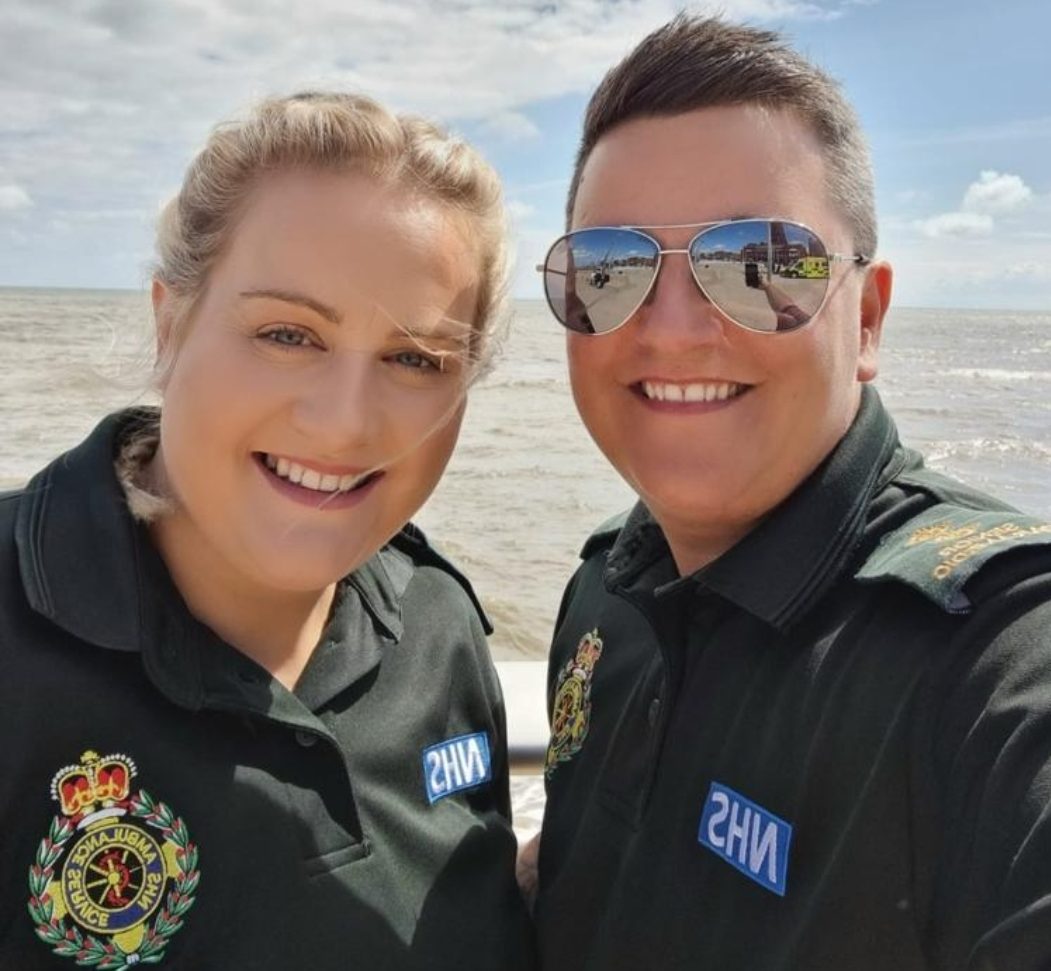 When I first nervously told my partner Nicole that I was transgender at the age of 40, I’ll never forget her reaction.

I really didn’t want to lose her but I knew if I didn’t start living as the real me, I wouldn’t be alive much longer.

She simply responded: ‘I love you and we’ll get through this.’

I was in absolute awe of her and to this day, she’s been one of the biggest supporters of me – I’d be lost without her unfettered love and kindness.

The acceptance and positive encouragement that Nicole and my friends and family have showered me with has made sure that any problems with my mental health are a thing of the past.

When you’re struggling with mental illness and challenging situations, just knowing that you’re not alone can very much mean the difference between life and death.

Even though I came out in my 40s, I was as young as four or five when I first recognised that I was a boy. I was playing with my friend – who was male – and thinking: ‘I’m a boy, too’.

I wanted to wear boys’ clothes, have boys’ hair and I absolutely detested wearing anything girly… especially dresses. It just felt so wrong wearing it.

At school, I was horrifically bullied for looking like a boy; I’d get called a pervert for being in female changing rooms or toilets, and told to get out. I was called names and was in constant fear that I’d be beaten up. So I fought all my inhibitions and grew my hair long, I started wearing feminine clothes.

As I entered adulthood, I really didn’t think I had any choice but to be and live as I had been born. As a female called Debs, I tried to live a happy life. I identified as a lesbian, and came out when I was 17.

When I was 21 I met my then civil partner, and we were together until 2009. We have an amazing daughter who is now 12. She is an absolute joy and we are so proud of her. Her maturity over my transition has been admirable.

There was, however, a constant storm above my head; a great big dark cloud with an overwhelming feeling of sadness, sorrow, depression and anxiety.

I never really felt like I fit in, ever – at school, work, or socially. I always felt awkward and anxious. So much so that I avoided people as much as possible. Every day became more and more difficult to function, even showering became an absolute chore. I didn’t care about life, so I didn’t care about myself or my appearance. I had no energy or enthusiasm for anything. I mainly just sat and watched TV. I was safe there.

I started on antidepressants, I went for counselling – but never saying that I was transgender, I was never going to get better. I always knew I was male but didn’t really know the term transgender. I never did anything about it as I just never thought it was a possibility. I was scared I’d be locked up for being insane.

I battled suicidal thoughts, always believing that the world would be better if I wasn’t in it. I felt that my parents, two sisters and my civil partner – although they’d miss me – would be better off without me and my miserable life holding them back.

Don’t get me wrong, I had some good times and even some great times, but they were always overshadowed by my storm clouds. I never felt true happiness.

My partner and I separated, and in 2016, I very unexpectedly met someone new.

I had found my soulmate, Nicole. We both worked for the NHS Ambulance Service, and we quickly became friends – it wasn’t long before other feelings developed.

Nicole doesn’t identify as anything, she just loves life and loves who she loves.

She always looks at the positives, she never has a bad word to say about anybody and will always do anything she can to help anyone.

In April 2019 we welcomed a beautiful daughter together and got married that October, and it was an absolutely perfect day. Along with my older daughter, we had a perfect life.

As happy as we were, my dark clouds returned. This time darker and stormier than ever. One night while Nicole was at work and the girls were with grandparents, I started drinking. I became extremely emotional, upset, angry and felt hopeless.

The suicidal thoughts became overwhelming. I planned how I was going to end my life, then I wrote goodbye letters to Nicole, the girls and my family. This was it. Time for me to leave the agony behind.

I continued drinking, hoping it would numb the pain, but it didn’t. However, what it did was make me so intoxicated that I could no longer think clearly. I wasn’t sure what I was doing, I just remember walking around the house crying and confused.

I must have become a little scared and I don’t remember dialling the number or her answering the phone, but I ended up telling my best friend Wendy that I was transgender and that I needed to be the real me.

Thank goodness I did. It was some sort of epiphany, I realised that there was another way to live. I could be me and be happy. Wendy’s words, kindness and support saved my life that night. I don’t really remember what Wendy said, I just remember for the first time in a long time I felt hope.

A few days passed, I finally plucked up the courage to tell Nicole. As per usual, her response was positive, kind and loving.

Around 18 months later, and I am now living as male. My name is Declan and I’ve had chest surgery, which is amazing. I’m on hormones so my voice has deepened and I have some facial hair. I’m waiting for the remaining surgery but I have never felt more alive, positive or more content with my own mind and body.

My mental health has improved inordinate amounts. I feel so much better in myself and it really hits home when people close to me say they’ve never seen me as happy or free. Having the love and support of everyone has made my transition so easy.

Throughout it all, Nicole probably has no idea as to how much she has helped me. She can only be described as the most caring, loving, kind and genuine person ever. Nicole supports me in every way possible, her unconditional love means I have the strength and comfort knowing she will always be there.

I’m happy to say that the storm clouds have gone away – I feel lighter and released from all the previous hurt and sorrow.

I now know why the LGBTQ+ community is represented by a rainbow symbol… The greatest beauty always follows the darkest storms.