A mother has revealed a clever parenting hack that not only persuades her children to eat more fruit and vegetables, but also stops them pestering for more expensive branded products.

Jane Stine, who lives in Chiang Mai, Thailand,  took to Facebook to share a picture of a butternut squash decorated with a Winnie the Pooh sticker and told her fellow parents: ‘Here’s my best parenting hack.’

She continued: ‘You know how kids always want Paw Patrol yogurt or Disney waffles or whatever?

‘Bring your own stickers to the grocery store and start sticking. Today we’re having Winnie the Pooh brand spaghetti squash. It goes perfectly with Toy Story broccoli.’ 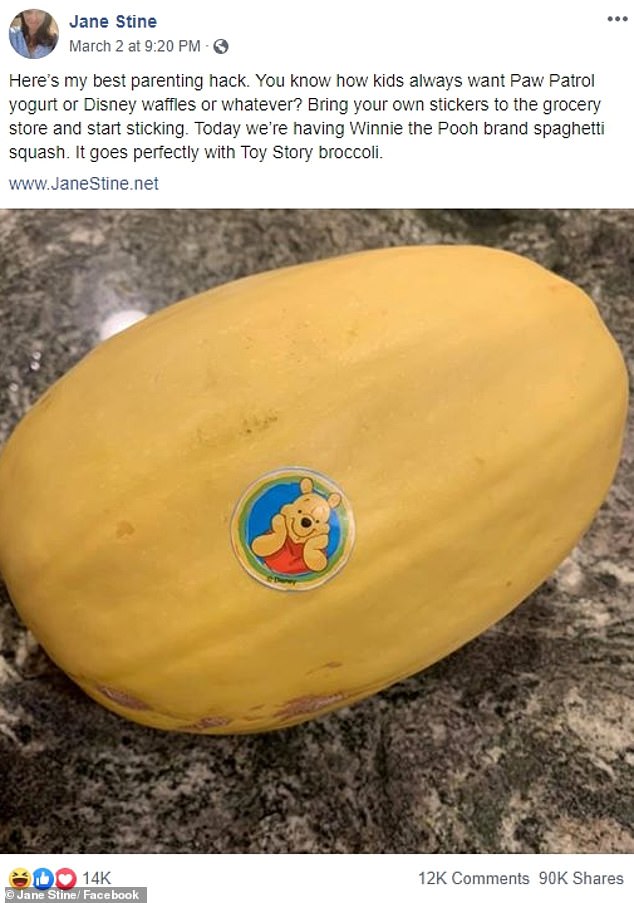 The creative mother, who regularly shares her advice on her blog janestine.net, has since gathered more than 14,000 views and more than 12,000 comments on social media for her useful advice.

One parent said ‘that is so clever and adorable’ while another hailed the savvy mother a ‘genius’.

Another user commented: ‘This is maybe the best thing I’ve ever seen posted in a mom’s group.’

Elsewhere another social media user wrote: ‘I literally bought Mickey Mouse waffles yesterday! This is a hilarious and genius idea.’ 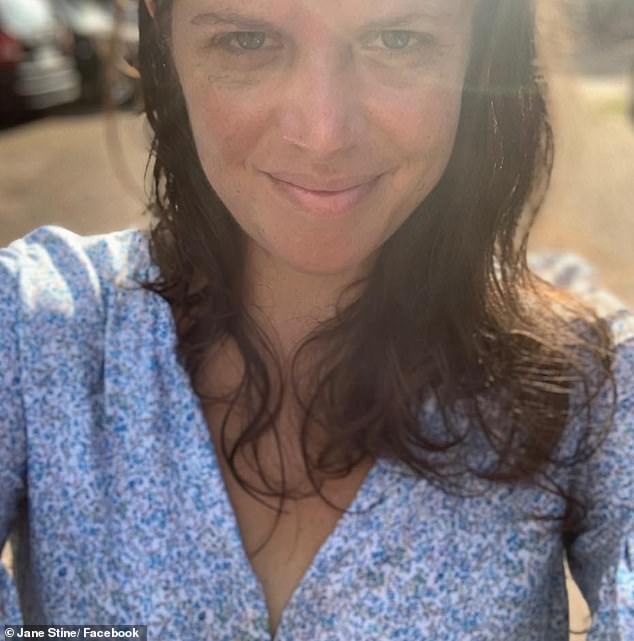 Jane Stine (pictured), who lives in Chiang Mai, Thailand, but is originally from Foxborough, Massachusetts, told fellow parents that the technique was her ‘best parenting hack’

And another person wrote: ‘Oh. My. Goodness! Why didn’t I think of that! Genius! A pack of Star Wars stickers and I’ll be set!!!’

However, not everyone was quite to positive about the hack, with some claiming that parents should insist that children eat what they’re given and not resort to trickery.

‘Or you just parent up and make them eat what’s in front of them – no choice or gimmicks,’ one wrote.

After sharing her useful advice with other parents, social media users rushed to Facebook to share their praise

Not everyone was quite to positive about the hack, with some claiming that parents should insist that children eat what they’re given and not resort to trickery

‘Why do so many parents feel the need to manipulate their children? You’re the parent if they don’t want to eat something that you want them to you make their little ass sit down and eat it,’ another added.

‘They throw a fit, don’t give in. YOU ARE THE PARENT. Make them listen to you or you’re gonna find yourself with a huge ass brat for a child and no one wants that.’

Another said that while they thought it was a good idea, but claimed that it’s effectively lying to your children to get them to eat properly.