Home » Lifestyle » Millions of Sky and Vodafone users could see broadband speed supercharged, no thanks to BT 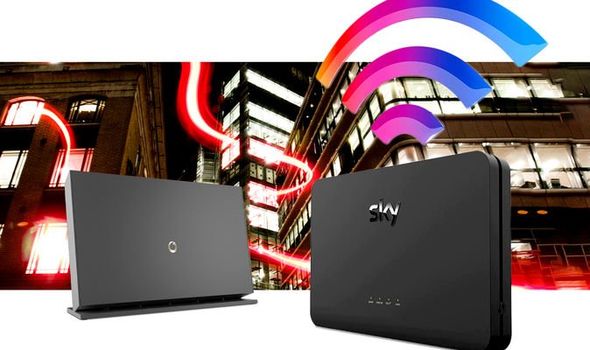 Millions of new customers could be about to tap into Virgin Media O2’s super-fast broadband infrastructure. According to fresh reports, Sky Broadband, TalkTalk and Vodafone are in talks to move customers away from BT’s Openreach network over to Virgin Media O2.

Sources told The Sunday Telegraph that Sky is “closing in” on a deal, which will see the company invest in the ongoing roll-out of Virgin Media O2’s full-fibre cables nationwide, while talks with TalkTalk and Vodafone are in the tentative early stages. Rumours around Sky switching from Openreach to Virgin Media O2 are nothing new, however, these deals took a bit of a backseat while Virgin Media completed its £31 billion merger with O2.

Now that’s out of the way, it seems plans to take on Openreach as a nationwide wholesale broadband supplier are back on track.

Virgin Media O2 has connected more than 10 million premises to gigabit-capable broadband, with plans to upgrade its entire network of 15.5 million homes with the next-generation fibre by the end of this year. Virgin Media O2 has previously outlined plans to add an extra seven million homes to its full-fibre network, which can reach download speeds of 1,000Mbps, in the next five years to so.

In contract, BT’s Openreach has only managed to reach 5.5 million homes so far with its full-fibre network, with everyone else stuck with much slower speeds. It has announced plans to reach a total of 25 million premises by the end of 2026 (it says 6.2 million of those will be in rural or semi-rural areas), which seem to be on track with its current build schedule.

Sky is the second largest supplier of home broadband in the UK. Unlike BT, Virgin Media, and the slew of new full-fibre providers – such as Hyperoptic, Zzoomm, and Giganet – Sky doesn’t have its own physical infrastructure. That means it doesn’t have granular control over timescales and investment.

With the television firm purportedly poised to announce a new set-top box and a 4K Smart TV that offer the same experience as its satellite Sky Q box over a broadband connection, internet speeds could be about to become even more crucial to its business model. With more than double the number of users nationwide who are able to access some of the fastest home broadband speeds via Virgin Media O2 compared to Openreach, it’s easy to see why Sky could be tempted to strike a new deal for its customers.

Of course, it’s not only about its telly offering. With millions of people still working and studying from home, the dire state of the UK’s broadband infrastructure has been thrown into sharp relief. The average broadband speed across the UK is 70Mbps …that doesn’t compare particularly well against some European nations, including an average download speed of 211Mbps in Liechtenstein, 191Mbps in Iceland, and 151Mbps in Gibraltar.

Videoconferencing, boxset streaming on Netflix, back-ups of photo libraries, music streaming, and mammoth update files for PCs, smartphones, and video games have all put some strain on broadband speeds than ever before. And that’s before a number of bandwidth-hungry emerging technologies, like 8K video quality, Virtual Reality (VR) games and applications, and more become mainstream in the coming years.

It’s important to remember that Virgin Media O2’s wholesale broadband offering would be very different to the one available to Virgin Media customers. For example, while Virgin Media offers its broadband bundles in 100Mbps, 200Mbps, 350Mbps, 500Mbps and 1Gbps increments, Sky wouldn’t be held to those same tiers – it could offer some granular speeds bundles, or fewer packages.

There’s also likely to be some flexibility around the choice of Wi-Fi router (Sky wouldn’t have to use the same hardware that Virgin Media does) and optional extras, including bundling of its popular satellite television set-top box, new streaming TV devices, and SIM-only deals from Sky Mobile.

Of course, nothing is confirmed until we get an announcement from Sky or Virgin Media O2. However, this is a rumour that refuses to go away – suggesting the behind-the-scenes talks are very real. For now, we’ll just need to wait.

Hyperoptic is one of the new kids on the block. Unfortunately, that means it’s not available as widely as BT, Sky or Virgin Media, but if you’re lucky enough to have its gigabit-cable cables in your street – there are some amazing deals to be had. With no upfront cost or installation fees, this 50Mbps bundle is usually £25 a month, but Hyperoptic has slashed that price as part of a flash sale. So, you’ll need to be fast to secure the cheapest deal on this list!

BT is running a new “homebuyer” deal that slashes the price of some of its fastest fibre broadband packages in half for the first three months …and don’t worry, there’s no need to prove that you’ve recently moved house to qualify! After the first three months, your monthly bills will rise to £34.99 a month. With download speeds of 150Mbps, this bundle means you’ll rarely see any loading or buffering

Vodafone’s new “Switch and Save” deal offers new customers the chance to sign-up to its home broadband plans for less than £20 a month. If your broadband is out of contract, Vodafone estimates that you can save as much as £300 by switching to one of its newly discounted plans. At 35Mbps, this isn’t the fastest connection (it’s about half the speed of the UK average home broadband) but it’s a great way to save money if you’re not streaming video all of the time!

NOW is currently offering its fast Super Fibre broadband package for just £22 a month, which includes unlimited downloads at speeds of over 60Mbps. It also bundles free calls to landline numbers, and there are exclusive discounts available if you add a NOW TV pass to unlock access to Sky’s exclusive channels, movies, and live sporting fixtures too. At 12-months, this is one of the shorter contract lengths – perfect for those who want to keep switching to always get the best deal

TalkTalk is offering its fibre broadband at a discounted price, with customers now able to access to the web from just £23 per month. You will need to pay a one-off £4.95 charge for the postage of the new Wi-Fi router, but that’s it. TalkTalk says to expect 38Mbps download speeds, which isn’t the fastest …but it’s a very affordable package that could seriously reduce your monthly outgoings

For a limited time, John Lewis is handing out a £45 voucher to spend in its stores or Waitrose when you sign-up to its fibre broadband plan. Coupled with the free evening and weekend calls to a landline, the unlimited usage, and the short 12-month minimum contract length – this is a superb deal

Plusnet has dropped its £10 activation fee and thrown-in a £50 Reward Card that can be spent anywhere that accepts Mastercard so, in a nutshell, anywhere! In terms of the broadband bundle, you’ll get acceptable 66Mbps speeds and unlimited usage. The 18-month minimum contract isn’t the shortest on this list, but it won’t tie you in as long as some providers, like BT

While GigaClear might not have the brand recognition of some of the other brands in this list, it more than makes up for that with some phenomenal deals. Right now, you can get 200Mbps download speeds – almost three times faster than the UK average speed – for less than £30 a month. You’ll also get unlimited downloads and FREE installation

While you might not associate Shell Energy with broadband, the company offers decent download speeds at competitive prices. And since it runs on BT’s Openreach network, you’re likely to already have the right infrastructure in your street. Right now, Shell has slashed the cost of its Fibre Plus package from £35.99 a month down to £25.99 for the duration of your contract. Bargain!

Virgin Media will slash the price of its full-fibre broadband bundles when you decide to add a phone line (don’t worry – you don’t have to use the phone). This means you can get 108Mbps speeds for just £27 per month, which is much more affordable than its broadband-only bundle for the same speeds

Origin promises no-nonsense broadband, with customers guaranteed no chance of mid-contract price rises, unlimited downloads and no speed throttling – even at peak times. The contract lasts 18-months, which is a little shorter than you’ll get from BT and Sky too – perfect for those who want to shop around as soon as possible!

With a guaranteed download speed of 50Mbps, this package has more than enough bandwidth to stream Netflix and Disney+ in Ultra HD without issue. Downloads are all unlimited too, so no worries about any hidden charges. No one-off charges to get set up either!

If you’re looking for the ultimate broadband speed at home, this bundle from Community Fibre is sure to blow your hair back. Unfortunately, Community Fibre doesn’t quite have the reach of BT and Virgin Media, but if you live in an area served by its network, it offers next-generation speeds for significantly less than its more established rivals