Victoria’s new pandemic laws should have been chalked up as a clear win for Andrews government, the Parliament, public accountability and public health.

But after weeks of legislative uncertainty, ugly scenes on the steps of State Parliament, and now a slew of eleventh-hour amendments to scrape the numbers in the upper house, pandemic-weary voters might be wondering what the fuss is about and why it had to be so messy. 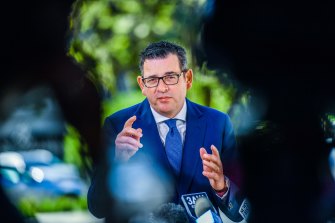 Current laws are cumbersome. They are not purpose built to manage protracted pandemics, requiring the (temporary) declaration of a state emergency before the chief health officer can impose the public health orders deemed necessary to protect public health – and give authorised officers the clout to enforce those orders.

As the explanatory memorandum of the new bill makes clear, the current state of emergency expires on December 15 “and cannot be extended beyond this period”. This raises the prospect the government could be left without a legal framework to impose the public health rules it claims are needed to manage the current pandemic, or indeed future pandemics.

The new bill will mean it would fall to the premier to impose a state of emergency, with the health minister in charge of imposing public health orders.

The argument is this would transfer the decision making from an unelected bureaucrat (the chief health officer) to elected ministers who are accountable to the parliament and, ultimately, voters.

Whether this represents a grab for power by an autocratic premier is questionable. There are certainly some genuine concerns about protecting human rights and transparency.

As NSW Council for Civil Liberties vice-president Josh Pallas wrote in a recent opinion article, in NSW the state Health Minister already has very broad powers, with the ability to impose public health orders without a state of emergency, provided there are reasonable grounds that there is a risk to public health.

Under the new Victorian bill, orders would be subject to the state’s human rights charter. As Mr Pallas points out, this means any orders, such as curfews or heavy-handed policing that deprive people’s liberty would be subject to greater scrutiny than they are under the existing laws.

On the other hand, NSW does not even have a charter of human rights.

The latest amendments – the result of negotiations between the Government and Transport Matters upper house MP Rod Barton – which would provide further safeguards, including a new independent panel to review detention orders during any pandemic, and a joint parliamentary committee, chaired by a non-government MP, to review health orders. 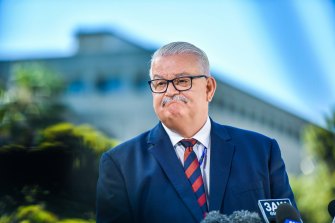 Rob Barton, from the Transport Matters Party, has brokered a deal to secure the final vote needed to pass the government’s pandemic bill.Credit:Joe Armao

Health directions could also be reversed by a majority of both the Legislative Assembly and Legislative Council; the ombudsman would also have powers to investigate complaints and all aggravated offences would be removed from the draft legislation.

All of this seems to strike a sensible balance between protecting basic human rights, and providing the legislative muscle needed to handle pandemics. Legal experts are certainly cautiously optimistic.

So why the fuss? As usual, the politics got in the way. If the government had consulted more widely from the start, if it had been more open to discussions with all crossbenchers, if it had played a more transparent hand, it would have likely arrived at a similarly sensible destination. The political journey, however, may well have been shorter and less jarring.