The image shows Meghan Markle and Prince Harry sat in a car together. The Prince appears to gave out the window without a smile, while Meghan’s brow is furrowed. The photograph has caused some to raise concerns online.

Another said, “He’s not Harry anymore that’s for sure,” adding a sad face to the sentiment.

Another said, “a picture says a thousand words,” while one added, “This is not the Prince Harry we knew.”

However, others hit back at any claims the couple were unhappy or agitated.

“It’s literally just an unflattering photo. You guys are unhinged,” one wrote.

Referring to Meghan, another said: “I think she saw something outside. She is not looking at him. They are fine.”

Another remarked: “You all are just sad lonely people who has nothing constructive to do, but stay at home and criticise, that just sad.” [sic] 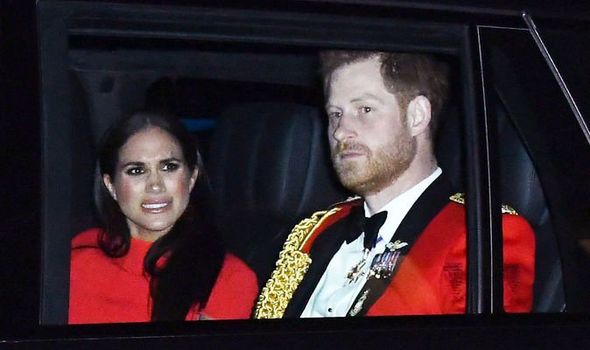 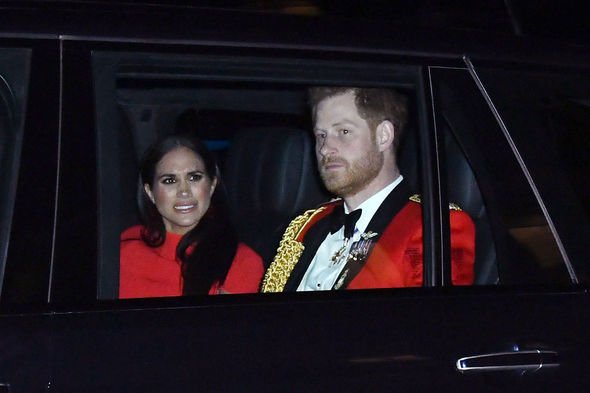 What does a professional make of the image, which is causing a stir?

She claimed this image revealed some of the emotional turmoil Prince Harry is experiencing, thanks to leaving the Royal Family as a senior royal.

Last night’s event had a bittersweet significance for Harry, the last before his new life with his family and the last in his role as Captain General.

“Harry’s smile has vanished here, to be replaced by a very distant, reflective and rather sorrowful looking eye expression,” Judi said.

“It looks eerily similar to the facial expression his mother Diana showed us from the car window once her own rejection from the Royal Family looked inevitable.”

However, she does draw a distinction here, as Harry’s sadness is more professional – rather than personal when it comes to his relationship with his wife.

“Seeing Harry looking equally miserable at a similar moment in his career (although clearly not in his life as he is happily married to a wife he loves, whereas his mother was going through a painful split from Charles) is haunting,” the expert explained.

“It emphasises the fact that, despite all his upbeat grinning poses, his move away from his family and all his ties in the UK is not something that he is doing either easily or without some sadness.” 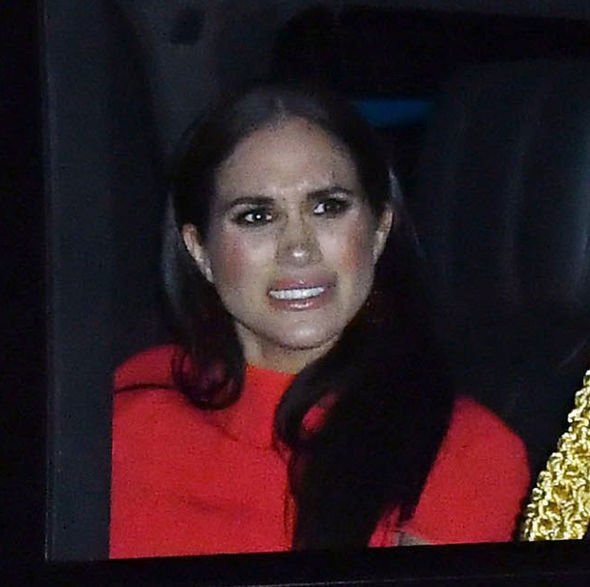 The expert went on: “Meghan’s facial expression is equally in contrast to the red carpet smiles that she has been producing so brilliantly on their last duties in the UK.

“Her brows are puckered into a frown and her eye expression looks angry.

“Her teeth are displayed, but not in a smile, suggesting tension.

“This look could have been an odd and misleading moment, or any signals of what look like anger and disconnection could have been prompted by something other than one another, but it’s clear Harry’s fans would rather believe the fairytale version of the couple smiling in delight to walk off together into a new and perfect life than the thought that their decision might be causing sadness or any negative emotions from him behind the scenes.” 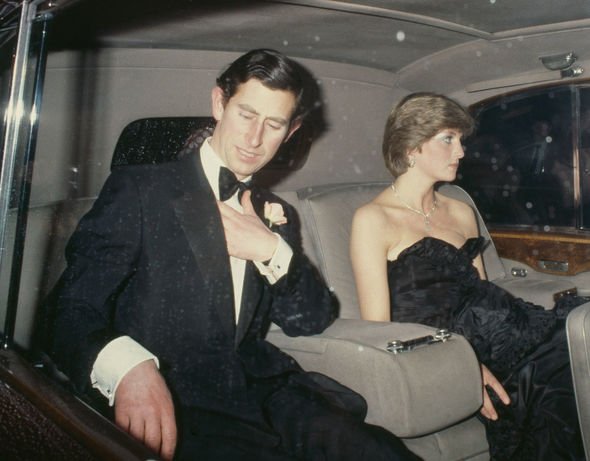 Harry has spoken out about his sadness on leaving UK as a working member of the Royal Family.

He said in January: “The UK is my home and a place that I love. That will never change.

“The decision that I have made for my wife and I to step back is not one I made lightly.

“It was so many months of talks after so many years of challenges. And I know I haven’t always gotten it right, but as far as this goes, there really was no other option.”