DONNY VAN DE BEEK'S latest dim display looked all the gloomier when contrasted with that of match-winning sub Scott McTominay as Manchester United scraped into the FA Cup quarter-finals. 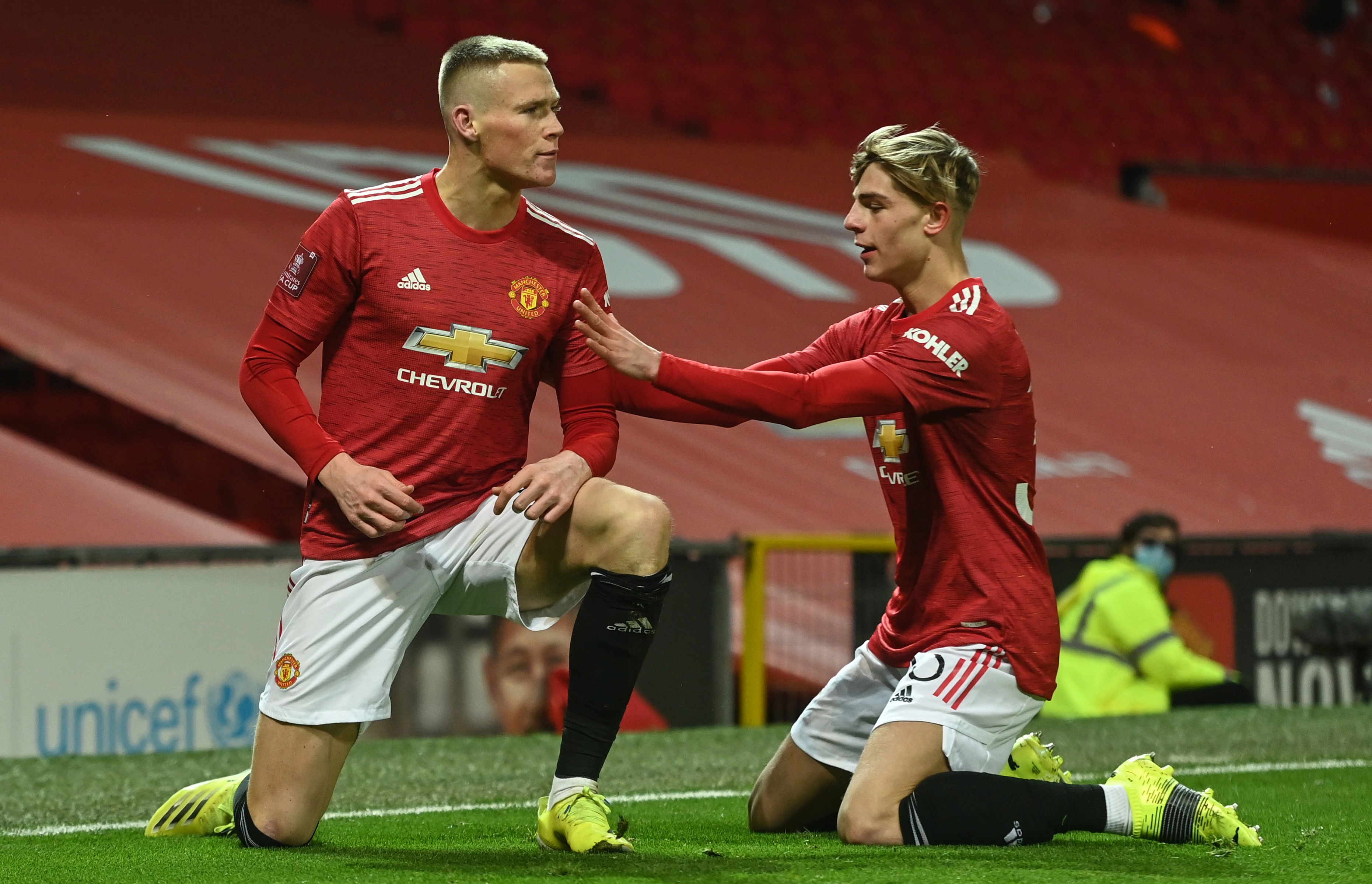 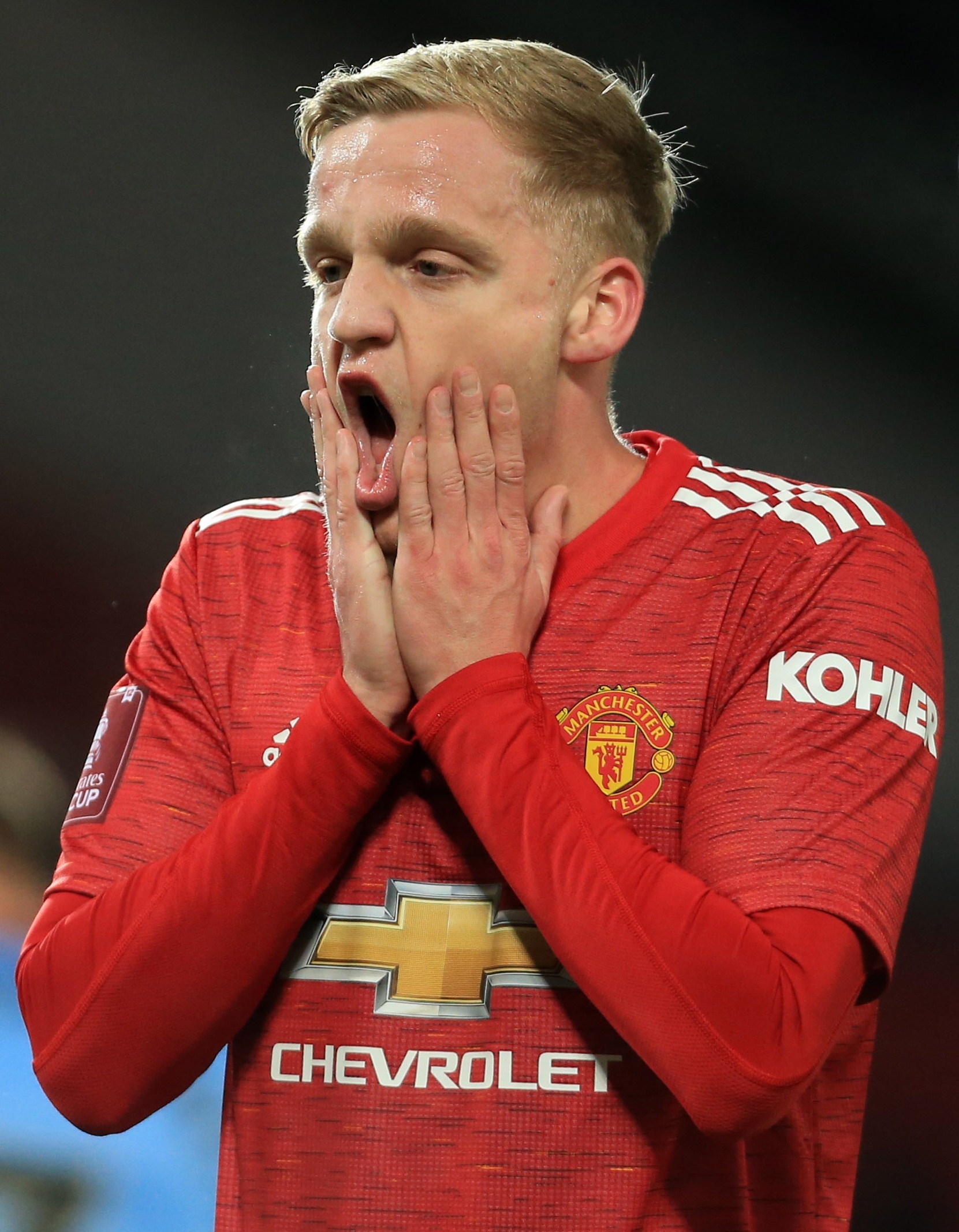 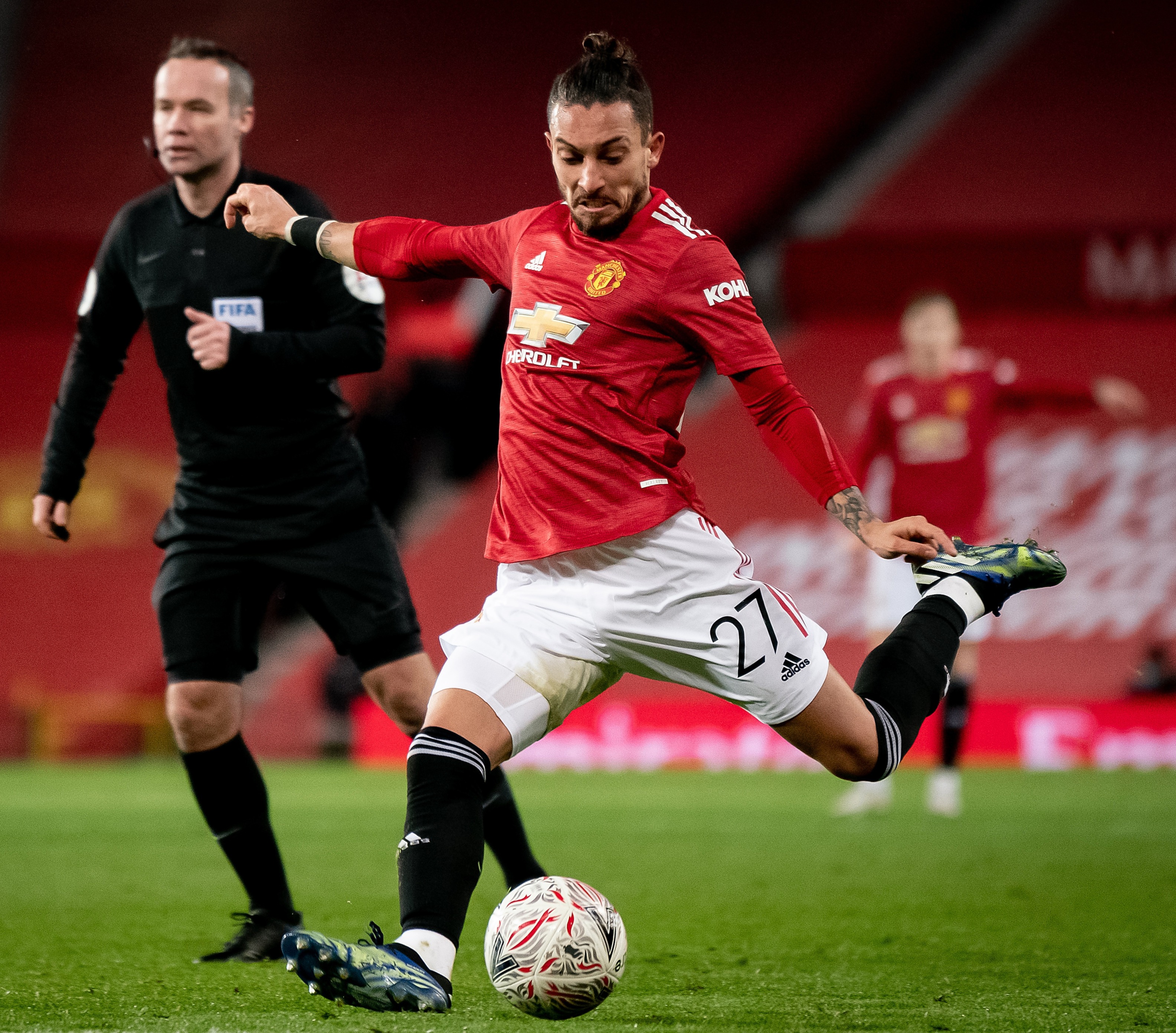 But the Euro 2021 hopeful kept his concentration to easily catch a header that menacing West Ham sub Said Behnrahma directed straight at him when the visitors hunted in vain for an extra-time leveller.

But this shot-shy night was not the time to judge Henderson's claims to replace David De Gea as United's first-choice keeper.

Comfortable evening for the uncapped right-back.

Athletically hooked the ball away from almost the line when Southampton threatened from a 90th-minute corner.

Was replaced by Brandon Williams in the 90th minute, but that was all about keeping him fresh than anything to do with his performance.

One fine, firm downward header forced Łukasz Fabiański into a brilliant full-stretch tip-around from virtually the only clear chance of the opening period.

Also made a couple of useful blocks later on when the Hammers sporadically came close to creating a few half-chances.

Rarely tested but still strong at the back – the figurehead as and when needed.

Bustled forward when he could, but it's unfair to expect the skipper to make up for his team-mates' timidity further forward.

Lively display from left-back, especially in the first half, when he was always pressing to overlap.

The Brazilian and Luke Shaw are pushing themselves all the way for this position.

And he was understandably replaced by Shaw, in the 90th minute, as Solskjaer protected his tiring legs.

Steady enough, but United needed more than that from their midfield.

They only got it once McTominay and Fernandes came on.

Did little wrong but equally little to persuade Solskjaer he should be starting more regularly in the Prem, rather than just in the FA Cup.

Was eplaced by Scott McTominay in the 73rd minute when Solskjaer was clearly keen to up the tempo.

Looked lost at times, seemingly nervous and uncertain of his role – but that might be as much a criticism of United's tactics as of the Dutchman himself.

Was keen to find gaps, running on and off the ball in front of a crowded West Ham defence.

But in reality his involvement was peripheral and usually docile, way off the impact he needs to break into the team regularly.

Damningly, he was never the pivot for United's attacks, never the man his team-mates looked to.

Appeared resigned to his fate when United signalled substitutions on 73 minutes, and indeed was promptly taken off, replaced by Bruno Fernandes.

Briefly lit up a gloomy first half with a nifty, touch, turn and nutmeg of Mark Noble.

But that was in a harmless area of the pitch – just like much of his play. Was replaced by fellow frontman Edinson Cavani on 86 minutes.

Flitted dangerously at times but mostly too far from the danger area.

Lacked the decisiveness of a true striker when a loose ball dropped to him early in the second period, enabling Fabianski to block a sidefoot shot.

But he looked as if he could make a decisive intervention if fed inside the box – and pretty much proved that with his lovely flick for McTominay's winner.

Another of United's attackers who spent too long on the fringes.

But he too was more a victim than a culprit of the home side's plodding performance and lack of creativity.

Steered a late extra-time effort too close to Fabianski.

A few classy touches and also looked a more natural focal point for the frontline, reflecting both his experience and the fact Martial and Rashford are not out-and-out centre-forwards

A clear and instant improvement on what went before, flickering menacingly on the fringes of United's attack

And his timing was as perfect as his confidence when he clinically lotted the only goal eight minutes into extra time, following Rashford's neat touch.

That's the Scot's seventh goal in a season where his all-round game and staturehave matured impressively.

Fitted in as seamlessly, as you would expect at left-back from one of the Prem's most in-form defenders

Rare game-time this season. Little direct impact, but not much need for it.