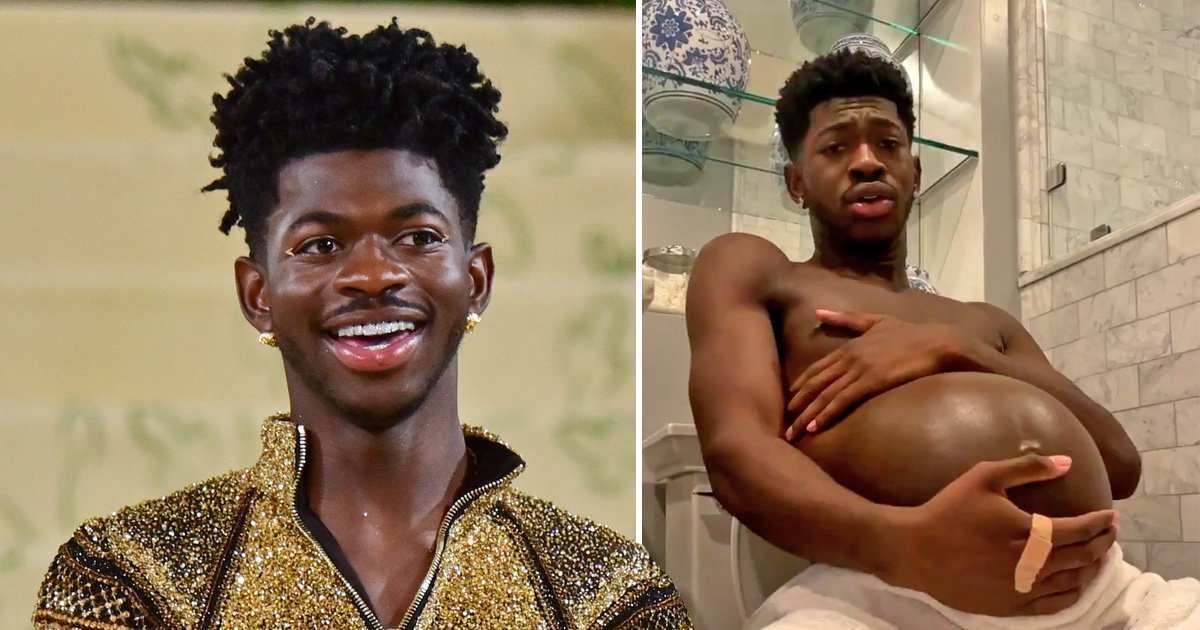 Lil Nas X is now the proud parent of a whole album as his first record Montero dropped on Friday.

The rapper marked the occasion with a brilliant video of the moment he ‘gave birth’ to Montero having gone into labour on Thursday night.

The Panini star announced his ‘pregnancy’ in a special photoshoot with People earlier in September.

In the clip, Lil Nas is wheeled into hospital in tears (and a cheeky reference to DaBaby who is probs smarting right now) by two doctors who safely deliver him of a brand new album. Congrats!

As he sings passionately about finding someone to love, the video sees him have a fling with an American football player only to get his heart broken when he finds out he’s married with a child.