RICARDO PEREIRA was a teenager when he became an overnight hero in Portugal for scoring the winner which slayed Benfica in the 2013 Portuguese FA cup final.

How Brendan Rodgers must hope the classy full-back can repeat the feat at Wembley to end the Foxes’ FA Cup hoodoo. 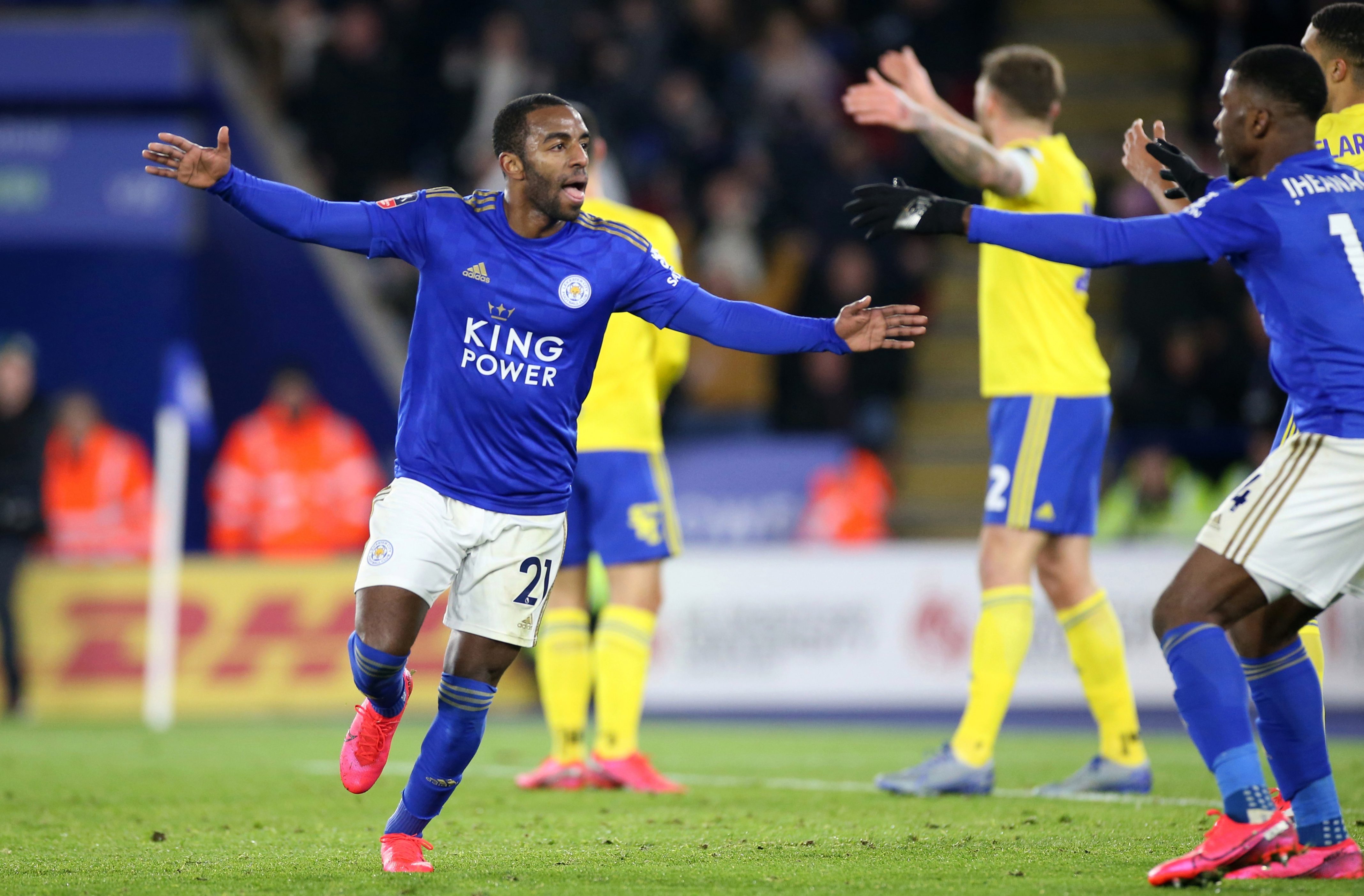 Just as Birmingham City were getting mentally ready for extra-time, the classy right-back stretched his neck muscles to get on the end of Marc Albrighton’s cross to steer the ball beyond Lee Camp to break the Blues’ resistance with eight minutes remaining.

Don’t bet against him inspiring Leicester to go all the way this season.

The Foxes, who will host Chelsea in the quarter-final, have never won the FA Cup in 136 years of trying.

But then neither had Guimaraes until their lucky charm did the unthinkable, scoring the winner to create the biggest shock in Portuguese cup history.

Leicester, currently third in the Premier league and with real ambitions of playing in the Champions’ League, are 90 minutes away from the Wembley semi-final their fans crave – even if this is their least favourite tournament.

The FA Cup may as well have been cast in Kryptonite rather than silver as far as the Foxes were concerned.

Because no Leicester skipper has ever managed to get his hands on the famous old trophy – despite the club making it to four previous final. 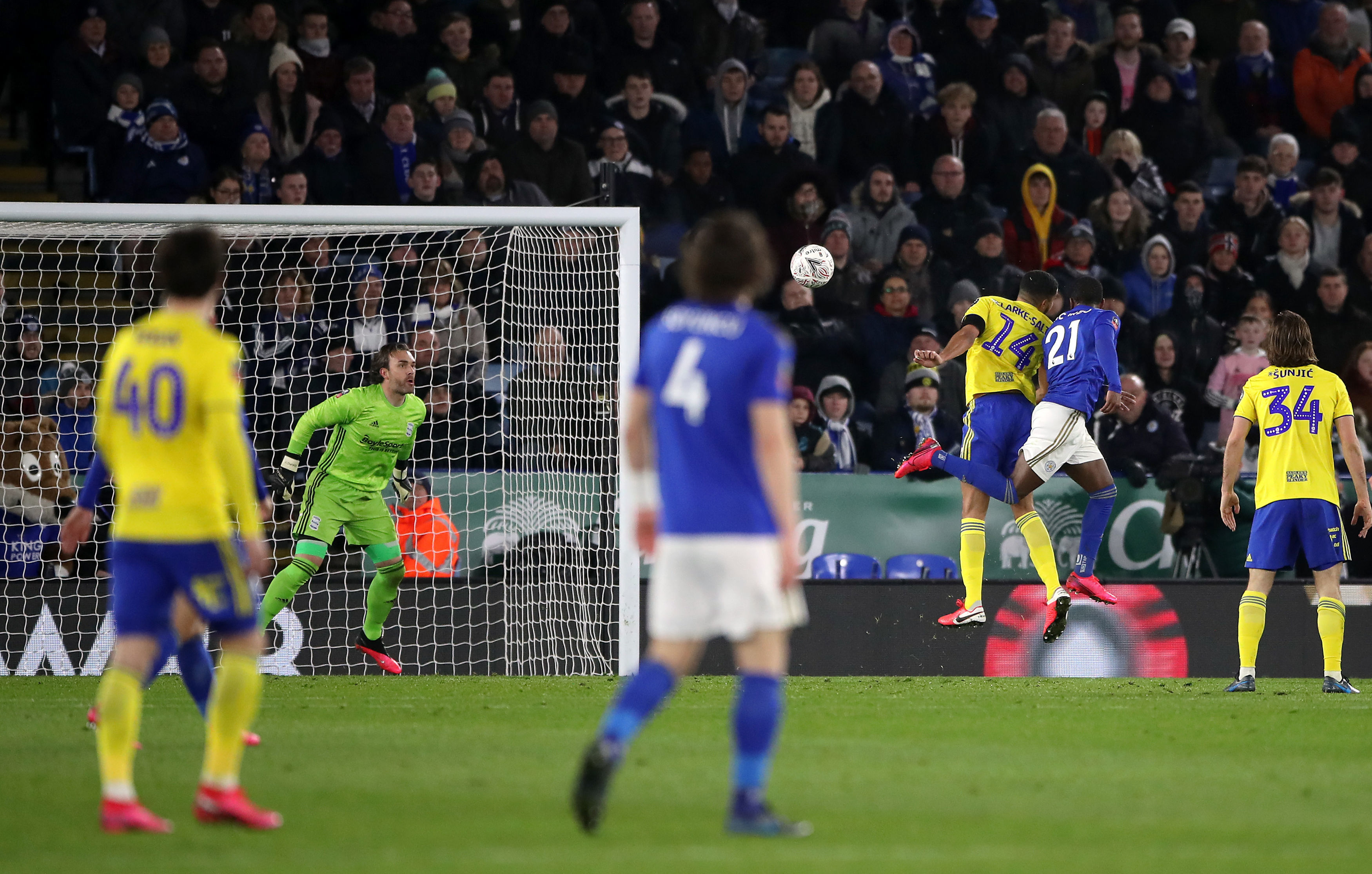 Rodgers turned this tie on its head when he called on his big guns as Harvey Barnes and Youri Tielemans were sent on to finally put stubborn Birmingham to bed.

James Maddison had smacked the crossbar with a deflected effort and was brilliant throughout but it was Pereira who was head and shoulders above the rest when he rose above Jake Clarke-Salter to settle this tense tie.

But they didn’t half make heavy work of it.

Leicester hadn’t lost at home in the FA Cup to a side from a lower division since Wycombe beat them 2-1 here in March 2001.

In the 19 years since the Foxes have won 10 times and drawn once at home. So confidence wasn’t exactly in short supply, even if their recent form had dipped of late.

Rodgers side were winless in their last five games and, without their talisman striker Jamie Vardy, this was never going to be an easy passage against their Championship opponents.

Pep Clotet’s Brum arrived with more than 5,000 raucous fans – on the back of a 13-match unbeaten run in all competitions – determined to cause mischief against the Premier League’s third-placed club.

Despite being 15th in the Championship – nine points off the play-off places – Birmingham were nobody’s mugs.

After all, how many clubs outside of the Premier League who could choose to leave a £50million-rated mainstay out of their team by choice?

Yet that’s exactly what Clotet decided to do as he gave 16-year-old sensation Jude Bellingham the chance to have an early night.

The Blues boss feared burning the youngster out after the kid clocked up more than 30 appearances already this season.

That decision showed true class by Clotet because plenty of others would have selfishly pushed young growing limbs through another 90 minutes, regardless of the danger signs – knowing he will probably be playing on a bigger stage next season anyway.

Yet even without their exciting young prospect – and injured winger Jeremie Bela who had scored in two of his three FA Cup appearances this season – Birmingham cruised to half-time unscathed.

In truth Rodgers men hardly laid a glove on the Clotet’s disciplined defence.

In fact the only time goalie Lee Camp was called on in an instantly forgettable opening 45 minutes arrived six minutes before half-time.

James Maddison, by far the best player on the pitch, bobbed and weaved in front of Maxime Colin before seizing the yard of space he needed to rifle in a ferocious right foot shot.

Camp hurled himself to his left, smiling to the cameras no doubt, as he parried the ball away spectacularly.

According to the stats Rodgers men had ‘enjoyed’ 76.1% of first half possession yet that was the only shot on target for a side likely to playing Champions’ League football next season.