The actress is weighing in on discriminatory anti-trans laws as she stars as a superhero in SodaStream’s new Rainbow Story cartoon.

Laverne Cox is very clear about what she thinks needs to happen in the face of bills targeting transgender youth. The former Orange Is the New Black star spoke to HollywoodLife as states like Alabama and Florida rush to follow in Arkansas’ footsteps by banning minors from receiving gender-affirming medical treatment.

“I think the main issue is about our humanity being respected,” the 49-year-old said. “Once we can accept that trans people are who we say we are and that our humanity should be respected, then I think all of the policies that we see being passed in my country, in the United States, that are affecting trans youth, we won’t pass laws like that anymore.

“We won’t think it’s OK to fire someone from their jobs, or to evict them from housing or deny them a job just because of being trans. So, I think it’s about acknowledging our humanity and that we are who we say we are.” 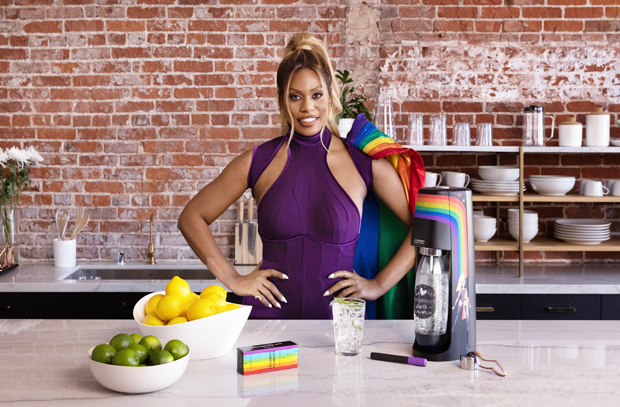 Laverne’s comments come as transgender youth and their treatment in school, on the sports field and in the doctor’s office have become hot button issues. On June 1, for example, Florida’s Governor Ron DeSantis sparked fury by signing a bill that would bar trans female athletes from competing on girls’ and women’s teams. It’s a stance that Olympian Caitlyn Jenner – who is vying for California’s governorship – believes in.

Those are just two examples amid a plethora of bills chipping away at the rights of trans youth, especially those seeking gender-affirming medical treatment in Tennessee, Texas, Florida and more.

Laverne knows what it’s like to be a transgender child facing hostility. It’s a scene reimagined in SodaStream’s new animation short to celebrate Pride Month. Back in 2017 the actress tweeted about being “bullied and shamed” as a child for acting “like a girl” after she was “assigned male at birth.”

The same thing happens to the animated younger version of herself in SodaStream’s 1-minute-long Rainbow Story (which you can see above). She’s laughed out of ballet class by the other dancers, only to be reassured when little Laverne meets her future superhero adult self. “I always knew that my life would become a rainbow story,” the actress says in the video. “The world just had to catch up.”

Laverne’s journey is being shared as part of the company’s Rainbow Story limited edition sparkling water maker kit to honor Pride Month. “It was so exciting and brought me so much joy to know that trans kids today can see someone like them represented in entertainment, in government, and anywhere they want to be,” she said. “I hope my story helps them feel empowered to reach for their dreams and fight for what is right.”

In the short, adult Laverne tells her younger self that she’s “amazing.” If she could go back in time what would the actress tell the bullied Alabama child that she was? “It would be to follow the vision I had for my life of who I wanted to become,” she said, “because I have become her. I became my own superhero.” 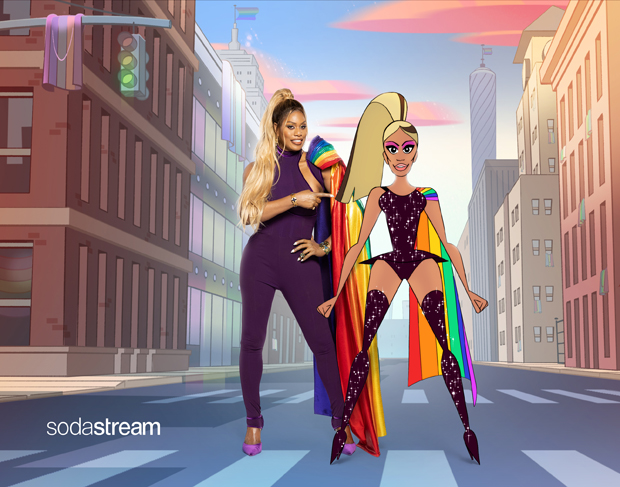 Today there is a generation of transgender youth who are witnessing their rights being targeted in an unprecedented fashion. Allies wanting to offer support should allow them to be “the very best version of themselves,” Laverne said.

“I think healing from trauma is actually a huge part of it as well,” she added. “I think if you’re a trans person anywhere in the world, you’ve probably dealt with a lot of trauma and that’s OK. There is help out there.

“It’s been a huge part of me being able to sit where I am, that I’ve gone to therapy, that I continue to work through my pain; the traumas, the PTSD, all the things that have happened to me. That is really, really crucial to be healed and whole and to treat people well.” 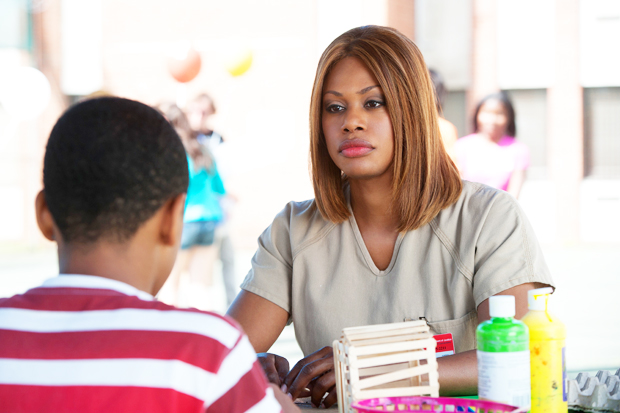 It’s something that Laverne hopes we all do this month. “This year is a particularly special year for Pride as we are hopefully coming out of a global pandemic,” she said. “We’ve been through hell and back globally, all over the world, and we’re collectively traumatized. And so I think we have to be really gentle with ourselves and really gentle with each other as we come out of this.”