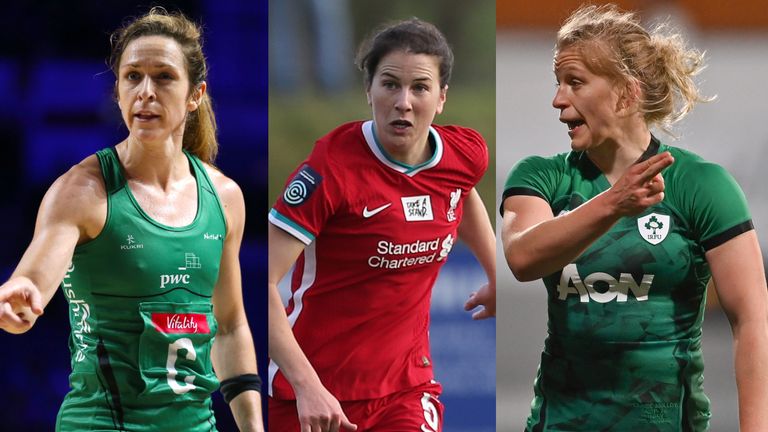 The success of the Irish contingent in the AFLW this season has been well-documented.

With the Australian Rules women’s league currently at the business end of its fifth season in existence Down Under, Gaelic footballers have made quite the impact.

Given the two sports’ similarities, it is not difficult to see why the Irish players are such popular options for professional clubs. The stars in question have spoken at length of how their fundamental skillset has helped them in the new sport. 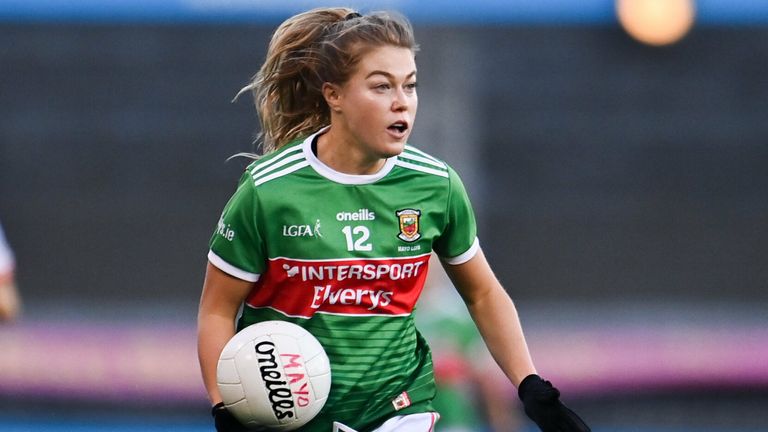 But Aussie Rules is far from the only code in which former Gaelic footballers have carved out careers.

Claire Molloy, who is currently preparing for Ireland’s upcoming Six Nations campaign, played in an All-Ireland final in 2005 with Galway. She knows the value of her Gaelic football background.

“The skillset, it’s ball skill, hand-eye coordination, the dexterity, the speed required for the game. I still think that a lot of us, from a rugby perspective that transitioned over, the fitness we had playing county football has definitely transitioned to rugby, given us the ball skills you need,” she told Sky Sports.

“I think it’s a game that’s a very good foundation for key skills and attributes you need in any kind of ball sport. Obviously, we’ve seen the girls in the AFL, they’ve already gone from strength to strength. It’s a great game to grow up with and play.”

Featuring in the All-Ireland final was a valuable experience for Molloy. Although attendances and viewing figures for the event have significantly grown in recent years, a crowd of 23,358 watched the match in 2005.

“I think having that kind of experience in Croke Park, the facilities there and getting to play on that big pitch in front of [big crowds],” she continued.

“I grew up watching a successful Galway men’s team of that time, winning the 1998 and 2001 All-Ireland finals, those were the days you wanted to be involved with. As a young footballer, you go through the underage, the prize was always getting to play in Croke Park for the All-Ireland final.

“Getting to play in front of such a crowd definitely has benefitted the experiences I’ve had in France where you’re greeted by 18,000 screaming, drum-beating fans. That is the noise level you might have experienced in Croke Park at the time. 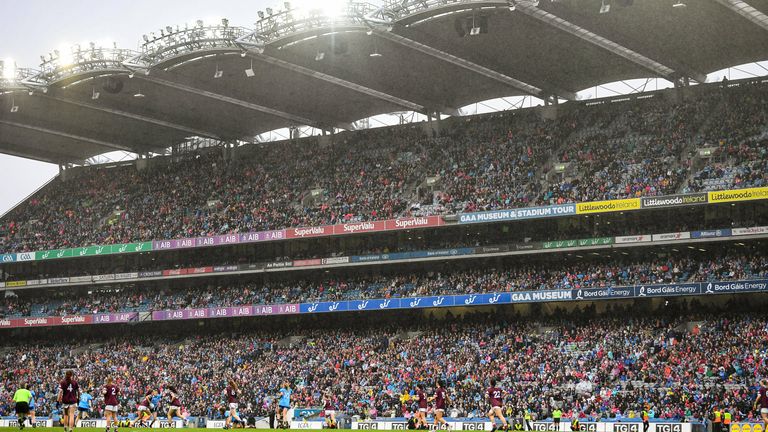 However, Molloy ultimately made the decision to leave the sport behind when an opportunity to compete on an international stage presented itself.

“Obviously we reached the national level (All-Ireland final), and that’s the kind of ceiling for it,” she added.

“That’s where football, in the national championship there’s huge competition and the size of the crowd they get in for that final, and the quality is outstanding.

“But you could see why elite athletes could see the advantage of proceeding to other sports.” 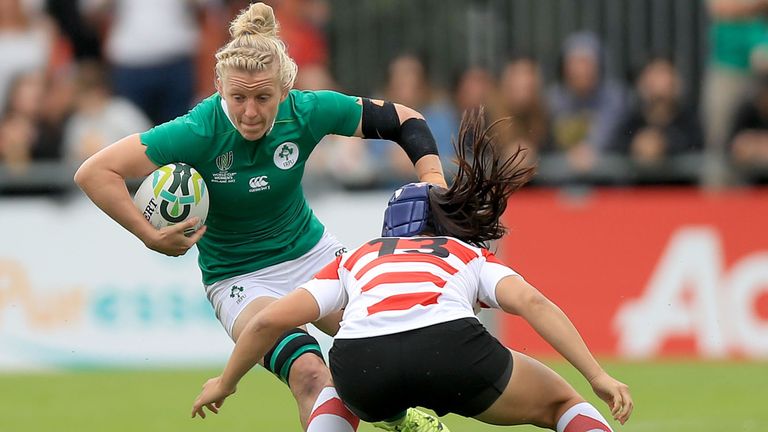 ‘The physical side of Gaelic helped me a lot playing soccer’

A team-mate of Molloy’s on that Galway football team was Niamh Fahey, the current Liverpool soccer captain.

The Republic of Ireland international also appreciates the benefit of her Gaelic football background in her code.

“Probably the physical side of playing Gaelic helped me a lot playing soccer,” she told Sky Sports’ Inside The Game show last year.

“As a defender I was able to hold off players really well and shield the ball quite naturally as well, considering I didn’t have a soccer upbringing when I was younger. So I definitely had the physical attributes and strength from Gaelic that helped me a lot to be competitive straight off the bat, considering I wasn’t a professional or starting from a slight disadvantage of not having the upbringing of soccer full-time when I was younger.”

While she relished her time in the maroon jersey, helping the Tribeswomen to the 2004 All-Ireland title, she eventually was forced to make a decision.

“I probably knew I had to switch from Gaelic football to football when I was about 18 or 19,” she said.

“After I got called up to the senior international team, things started to get a bit more serious, with a bit more time-pressure. That was a choice then that I knew that I had to make, that I had to be fully committed to soccer.

“Especially if I was going on to represent the senior women’s national team, and if I was to try and play in a more professional environment which was over in England at the time. So at 18 or 19, I knew I had to make that adjustment, or that switch.”

Combining two codes: ‘It’s trying to get that balance right’

One player who has successfully coupled another elite sport while keeping up Gaelic football is netball star Caroline O’Hanlon.

The Armagh footballer, who was named as the LGFA’s Player of the Year in 2014, plies her trade with Manchester Thunder.

“There’s certainly a lot of transferrable skills,” she explained to Sky Sports, comparing her two codes.

“Both sports have become quite physical in nature, requiring players to be physically fit and physically strong. I do feel that most of the time, the training does complement each other. It’s just trying to get that balance right, being sensible in terms of the schedule.”

And combining the two, which can have overlapping seasons, is all about the balancing act.

“If there’s going to be a heavy slogging session, then to avoid that usually,” O’Hanlon said.

“With condensed calendars [during the Covid-19 pandemic], you’re not having those sessions. They’re short and sharp, just general fitness. So it sort of suits my netball preparation. It’s just about being sensible, and trying to manage the schedule, and know what you’re doing in advance and communicating with the coaches, and work together.”