Kourtney Kardashian and Travis Barker showed off their love for each other while posing for pics on the red carpet of the 2021 MTV Video Music Awards.

Kourtney Kardashian, 42, and Travis Barker, 45, took their romance to the MTV Video Music Awards on Sept. 12! The Keeping Up with the Kardashians star and Blink 182 drummer turned heads when they showed up to the event in fashionable outfits and flaunted PDA. She wore a long-sleeved off-the-shoulder black leather mini dress that had a tied section in the front and black heels, and he wore a black blazer with nothing underneath and black pants, both with silver spikes, as well as black boots. She also had her long locks tied up and he added sunglasses to top off his look. 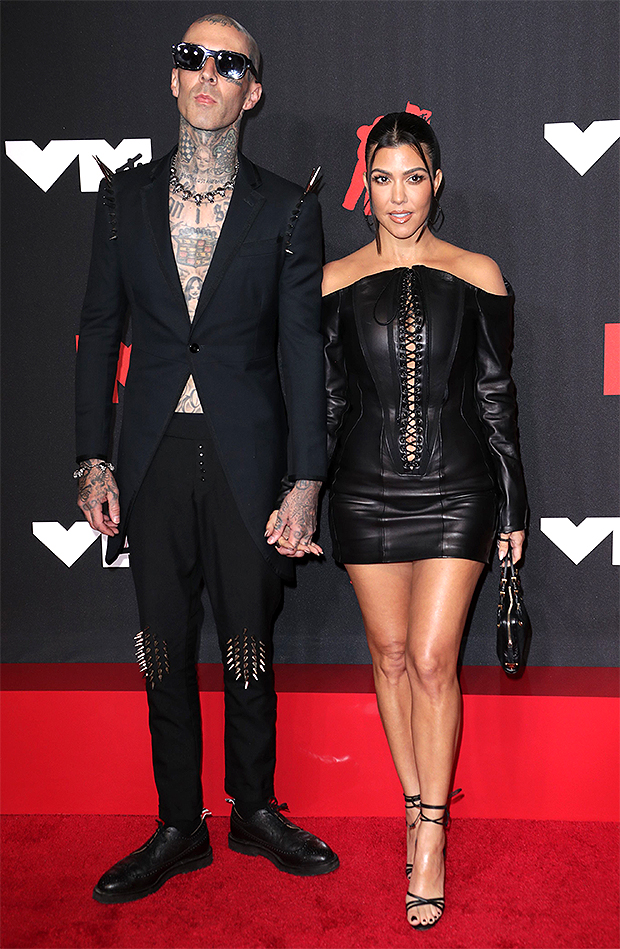 For a moment on the red carpet, Travis leaned in to give his gorgeous girlfriend a kiss and she couldn’t help but playfully laugh as he stuck his tongue out in the middle of it. It was a cute moment between the two and made for some awesome pics that helped to show off their incredible bond! 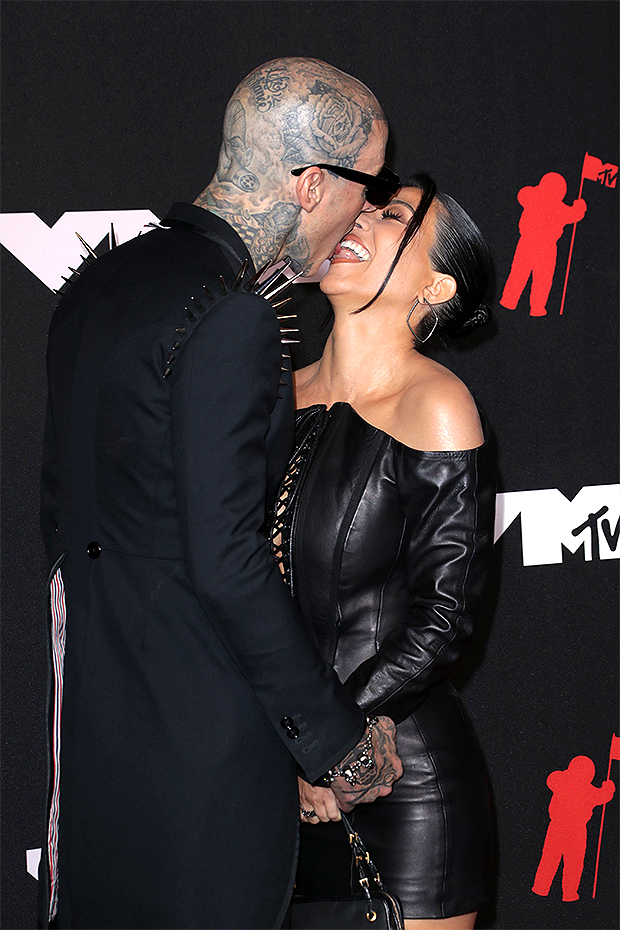 Kourtney and Travis’ latest appearance comes after they made headlines for trying to stay discreet while showing up to their NYC hotel on Sept. 11. The lovebirds wore matching black outfits that included hoods they had over their heads, as well as sunglasses and black face masks as they clutched hands and walked by onlookers with cameras. Kourtney’s sister Kim Kardashian, 40, also showed up to the hotel in her own black hide away-outfit that included a black facemask that went over her entire face, showing only her hair in the back.

Before checking into their NYC hotel, Kourtney and Travis hit up Orlando, FL to attend Halloween Horror Nights at Universal Studios with some of their kids. “To say they were having a romantic date night would be quite the understatement,” an eyewitness EXCLUSIVELY told HollywoodLife about the fun outing, which included Kourtney’s 11-year-old son Mason Disick, Travis’ daughter Alabama Barker, 15, and his son Landon Barker, 17.

Kourtney and Travis first went public with their relationship in early 2021 and ever since then, they haven’t been shy about showing off PDA whenever they get the chance. The two were friends for years before they decided to change the dynamic of their bond and seem very comfortable with one another. Whether they’re passionately kissing on vacation, or getting tattoos in honor of each other, their actions definitely prove their love is one for the books!