This is what one might call a fashion emergency. Kim Kardashian‘s viral Met Gala 2021 dress kept her from seeing her little sister Kendall Jenner — quite literally.

The Skims designer, 40, confirmed on Thursday, September 16, that Kendall, 25, was rendered nearly invisible thanks to her head to toe all-black Balenciaga getup.

See the Stars’ Styles on the Met Gala Red Carpet

“Kendall was calling my name and I couldn’t see who it was,” she wrote via an Instagram Story, addressing the now-infamous Met Gala meme of her struggling to identify Kendall through the bodysuit that covered her entire face. “But I saw the outline of her sparkly dress.” 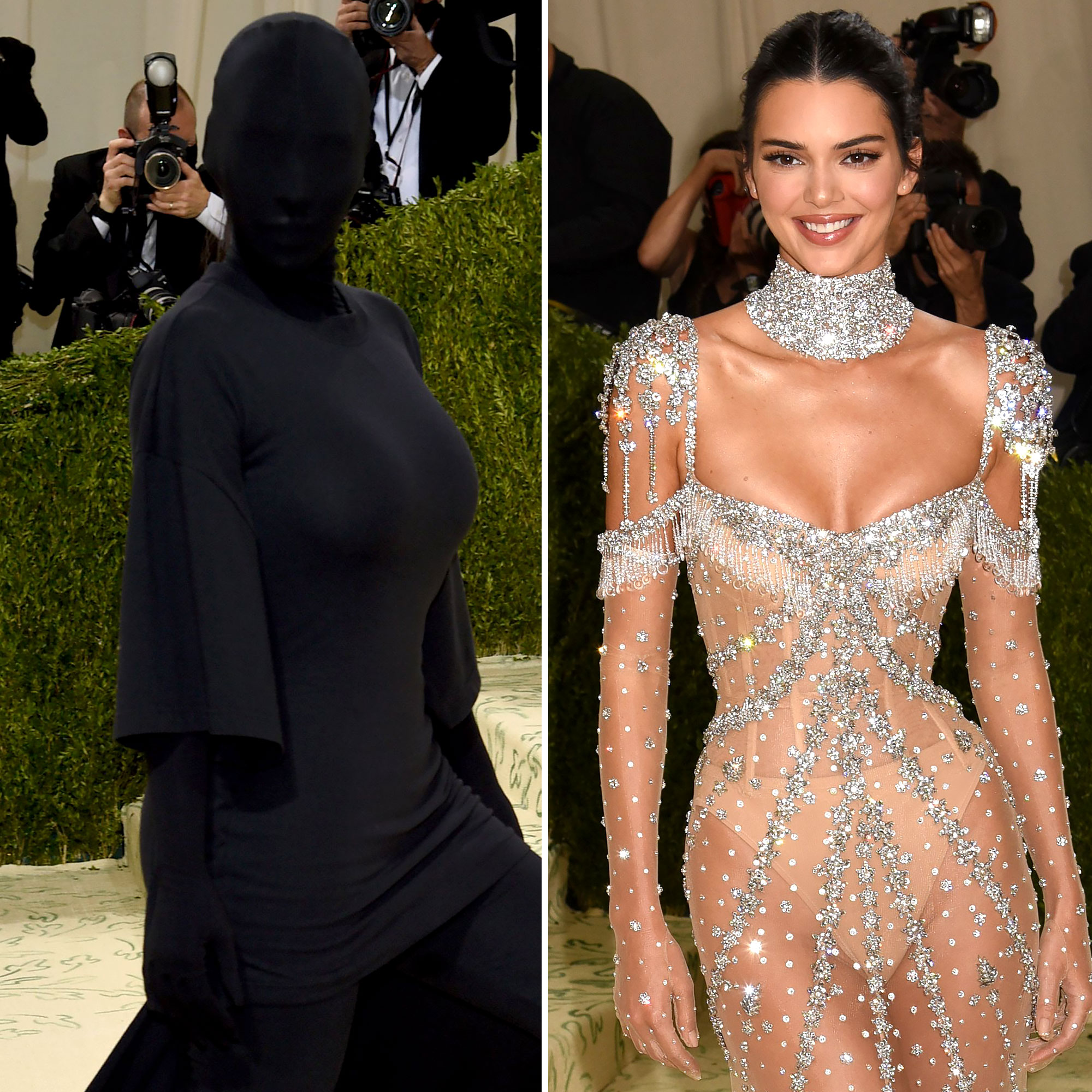 While that might sound scary, the KKW Beauty founder’s use of the crying face emoji let fans know it’s OK to laugh at her fashion blindness and the viral meme it inspired. In fact, Kim shared some of Twitter’s best jokes about the look that took the Metropolitan Museum of Art by storm on Monday, September 13. This included fans comparing her dark look to a “sleep paralysis demon,” a prisoner in Harry Potter’s Azkaban, the “women’s bathroom sign” and the Dark Knight himself. “Kim, there’s people that are dying,” one fan joked alongside a doctored image of Kim giving her best Batman impression.

When explaining how her bizarre Met Gala outfit tied to the evening’s theme, “In America: A Lexicon of Fashion,” The Selfish author said she wanted to go literal with her style. “What’s more American that a T-shirt head to toe?!” the Keeping Up With the Kardashians star jokingly captioned an Instagram post showing off her look from the event.

One person who seemed to get it was her estranged husband, Kanye West, who helped create the design. The rapper, 44, publicly showed his support for Kim’s avant-garde look by posting it on his own Instagram page with a goat emoji, a symbol he believes that, despite its haters, her Balenciaga was the “greatest of all time.”

As great as Kim’s look might have been, even she chose to switch things up for the Met Gala afterparty, removing her face covering for a pair of futuristic sunglasses that hopefully made it easier for her to identify her little sister.

Kendall, on the other hand, found herself becoming an instrumental part of another Met Gala meme that made the rounds on social media. The photo featured her bending down in her Givenchy gown to tie her mom, Kris Jenner‘s shoes.

“Whatever Kris needs, she gets,” the model joked in the comments of YouTube’s head of fashion and beauty and Kardashian-Jenner bestie Derek Blasberg‘s Instagram. Kris Jenner works hard, but, in this case, Kendall may have been working the hardest.