The comedian, 43, exclusively told Us Weekly that “it was part of the talks” for the Yeezy designer, 44, to join Kardashian, 40, on the October 9 show, where she joked about their divorce in the opening monologue.

Most Memorable ‘Saturday Night Live’ Hosts Over the Years

“It was always, you know, up to him and her. Whatever they wanted to do it. It’s her night,” Thompson said on Thursday, October 14, while promoting his partnership with Autotrader. “He probably felt like [that] as well. He might’ve just been like, ‘Why don’t you have your moment? And I’ll be here, you know, behind the scenes to support you.’ That’s the kind of vibe I got from it.”

Although Kardashian filed for divorce in February, after nearly six years of marriage, Thompson confirmed that West was at 30 Rockefeller Center during her SNL appearance this month to cheer on the Skims founder. 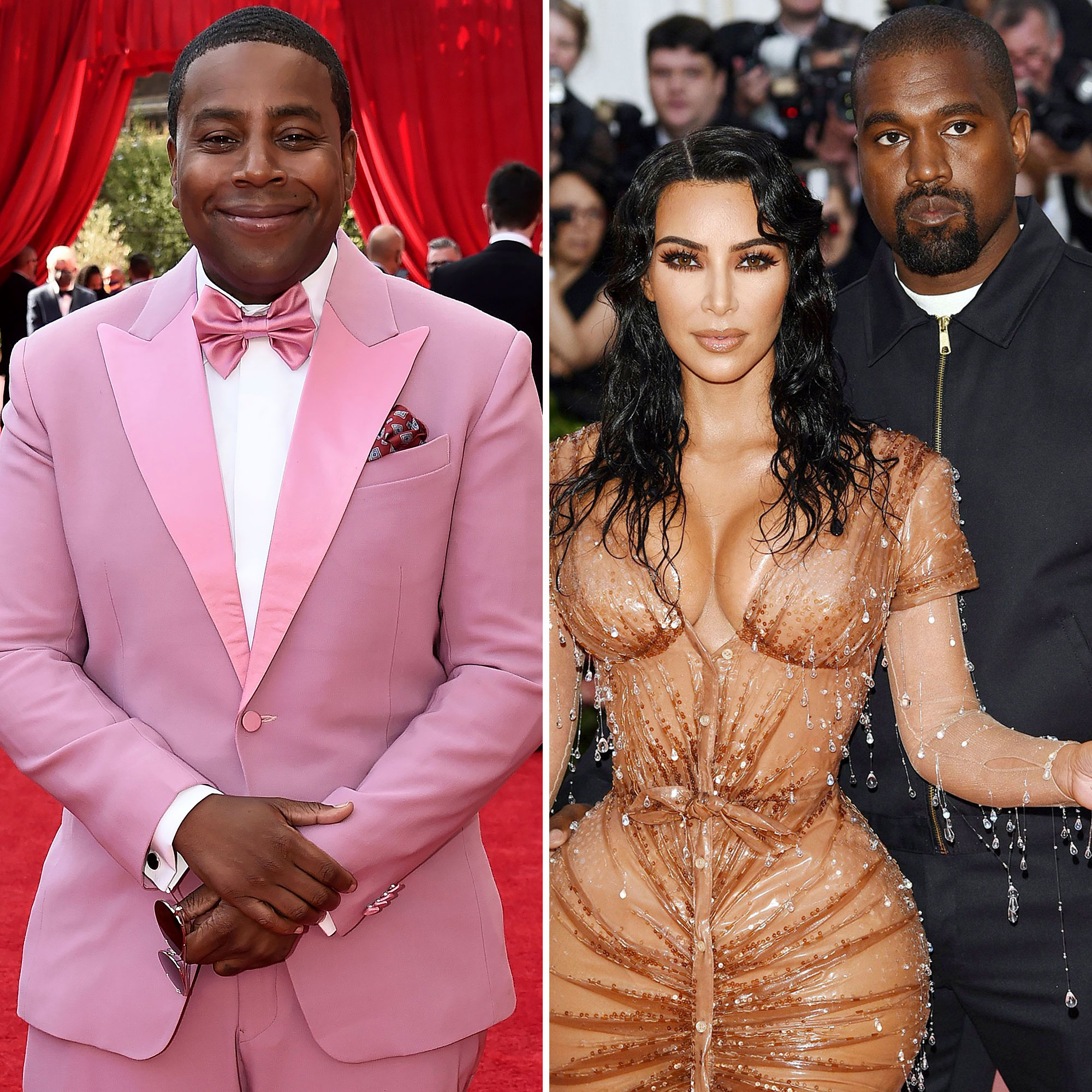 “I saw him walking around for a quick second, right before the live show,” the Kenan star said. “And then he kinda, you know, did the Phantom move.”

The Keeping Up With the Kardashians alum, for her part, hit it out of the park while hosting the comedy series — and didn’t shy away from trolling her personal life or her family’s ups and downs. She roasted her loved ones during the monologue, before impersonating sister Kourtney Kardashian and her boyfriend, Travis Barker, for a skit.

“I think everybody else was kind of like, ‘Maybe we should pull that back a little bit and tell a different joke,’” Thompson recalled, noting there wasn’t any hesitation on Kim’s part. “Thank God for the writing team and her team. I think she’s surrounded by pretty good people [too, which helped].”

The Heavyweights actor noted that from the moment he met Kim, she was ready to go to work and fully leaned into the process.

“She was just so gracious and nice,” he told Us of the pair’s first meeting at a cast dinner, which was bombarded by fans “barricaded” outside the restaurant. “It was just a wild house. So for her to, like, walk through that and still come and have eye contact with people and real conversations, it just set the tone for the rest of the week. And she came to play. She was all business. It was awesome.”

As the longest-running cast member on SNL, Thompson is continually challenging himself as a comedian both on and off the show. In fact, he recently teamed up with Autotrader to bring his own funny spin to its ads, which promote how easy it is to buy a car from home.

“We partnered to do a campaign together just to let everybody know — if you don’t know already — how awesome Autotrader really is,” he told Us of the partnership. “It makes the car buying process so safe and easy. It really is true.”