The 34-year-old Irish legend and ex-international footballer was a Leeds United superfan growing up, getting new shirts for every Christmas and admiring hardnuts like Lee Bowyer and Alan Smith. 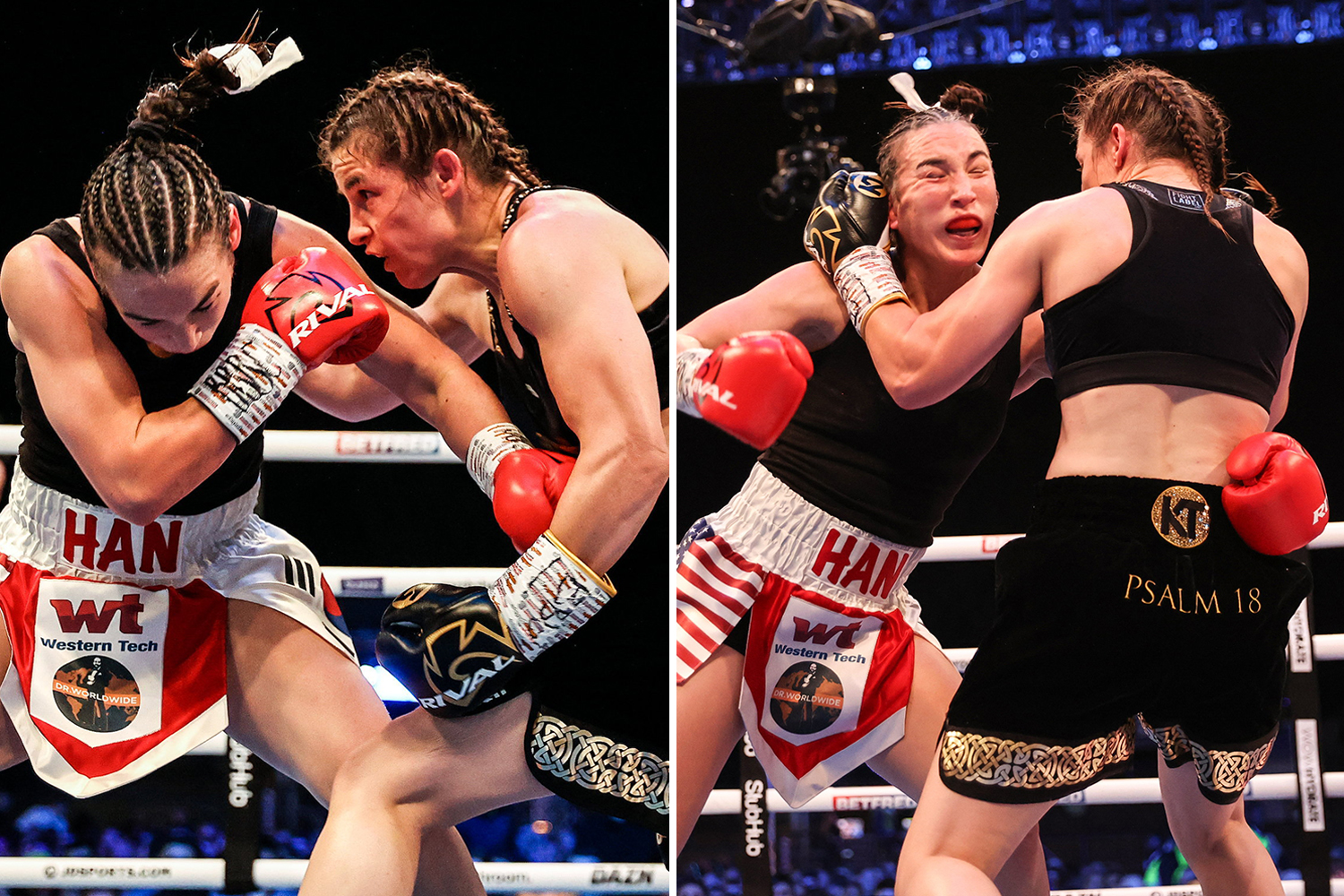 And she now has a Yorkshire win under her belts after outpouring tough American supermum Jennifer Han at Headingley.

On Josh Warrington’s undercard, Taylor dropped Han in round eight before the judges gave the London 2012 golden girl a unanimous decision to take her to 19-0.

The precision punching and perfect footwork that made Taylor an amateur boxing icon were back on shot for the first two rounds as Han, who only had her second son six months ago, tried and failed to land.

"Every fight is a tough fight at this level, I knew that Jennifer was going to be a big challenge.

"I was hoping for a stoppage tonight but she was very good at surviving for the whole fight.

"She was very crafty, very slippery in there, but 100-89 shutout, it can't get much better than that."

Han, in only her second fight since February 2018, brushed off the cobwebs and got going in the third by throwing a few uppercuts that at least kept the Bray icon at bay.

With the two minute rounds racing by with littler action, the biggest noise of the night erupted when Warrington’s headline opponent Mauricio Lara appeared on the giant screens and was booed.

With the row-loving Yorkshire crowd growing restless and turning on each other in a few small pockets, Taylor did land a left hook that drew the attention back to the ring in the sixth.

Taylor looked on course for her sixth consecutive points win when Han was suddenly dropped in round eight  by a sweet shot but she beat the count and heard the bell.

The latest win of her glittering career should secure Taylor a female super-fight, with seven-weight champ Amanda Serrano or undisputed welter queen Jessica McCaskill next.

Taylor promises to finish her career as an unbeaten, undisputed champion at multiple weights.

"I'm willing tio fight anyone at any weight category, I want the big fights," Taylor added.

"I want mega-fights, I want to be involved in the biggest possible fights in women's boxing.

"I'm fairly certain I will end my career undefeated, as a multiple-weight undisputed champion."