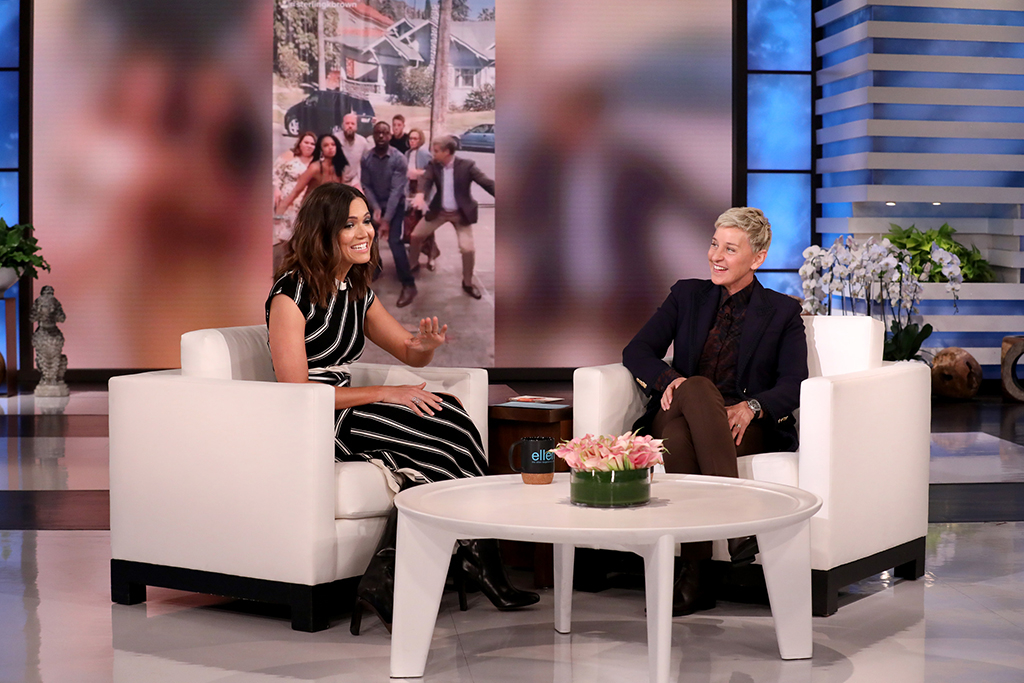 Mandy Moore and her This Is Us co-stars have some serious moves.

The 35-year-old actress discussed their recent TikTok video on Tuesday’s episode of The Ellen DeGeneres Show.

For those who didn’t see the viral clip, Moore and her castmates did the “Smeeze” dance to Trill Ryan‘s “She Gon Go.” The Rebecca Pearson star said she’s a “terrible dancer” and admitted she “strategically hid” herself behind Sterling K. Brown and Jon Huertas during the number. Chrissy Metz, Susan Kelechi Watson, Chris Sullivan and Justin Hartley also participated in the routine. Although, the Kevin Pearson celeb seemed to struggle with some of the steps.

Ellen DeGeneres joked it looked like the 43-year-old actor was “listening to another song” entirely with headphones.

The This Is Us stars aren’t the only ones to have a little fun on TikTok. Alex Rodriguez and Jennifer Lopez also recently made headlines for doing the “Flip the Switch” challenge.

In addition to talking about her cast doing the dance craze, Moore discussed her new album, Silver Landings, and tour. This marked her first album in 11 years and her first tour in 13 years. She also performed some of her music during the show.

Watch the video to see her interview.