Pop icon Justin Bieber made a rare appearance alongside country music duo Dan + Shay at the 2020 CMA Awards. They performed their hit ‘10,000 Hours’ from the Hollywood Bowl.

Justin Bieber has taken to the stage at the the Country Music Association Awards for the first time ever! The “Lonely” singer joined duo Dan + Shay for a virtual performance of their hit “10,000 Hours” which was filmed at the Hollywood Bowl. The trio took to the stage at the empty venue for a stripped back, acoustic version of the song, which earned them three nominations: Single Of The Year, Musical Event Of The Year, and Music Video Of The Year. 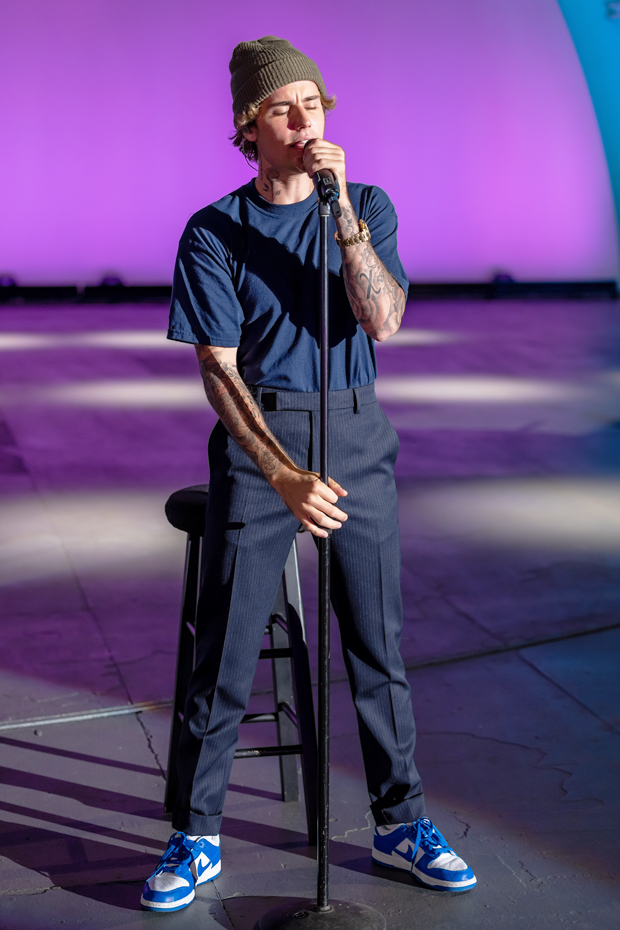 Sitting on a stool behind a microphone, Justin cut a cool, casual figure in a blue tee, tailored navy pants and a green beanie for the socially distanced performance. He also wore bright blue Nike sneakers and a gold watch. Dan + Shay looked equally comfy in simple, black ensembles as they performed the catchy 2019 hit. The collab first dropped in October 2019, and the video even featured Justin’s wife Hailey Baldwin! 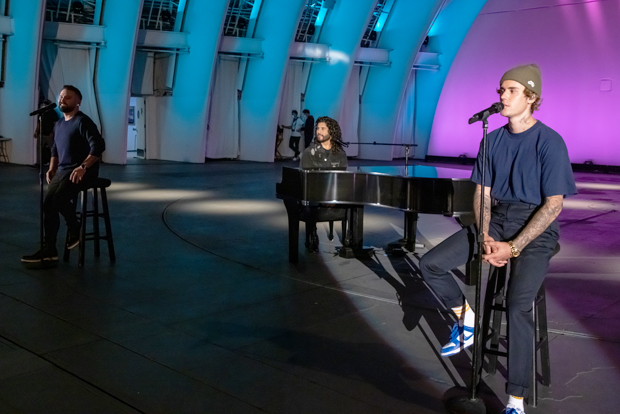 In fact, the video featured everyone’s significant other’s: Shay Mooney and Hannah Billingsley and Dan Smyers with his wife, Abby Law. The video began with the three of them on a stage littered with rose petals, and it shifts to each man spending time with their significant other. There was also a screen featuring home movies from each couple, including some private moments between Justin and Hailey.

This song has a special place in Justin’s heart because he reportedly performed it alongside the country duo at his wedding to Hailey in 2019. So, when Dan + Shay first hinted that they had new music coming out, it didn’t take long for fans to put two and two together. Their mutual manager Scooter Braun also hinted that the new track was a collab, so fans pretty much knew that Justin was going to be on the song!