Missing his friend. John Stamos shared a heart-wrenching update about how he’s coping with the loss of his Full House costar Bob Saget.

“I’m not ready to accept that he’s gone — I’m not going to say goodbye yet,” the 58-year-old actor began on Monday, January 10, via Instagram. “I’m going to imagine him out there, still on the road, doing what he loves with all his heart and humor. He’s standing on stage, killing! Another two-hour set in front of a couple hundred of the luckiest people on the planet. They’re laughing so hard, they weep.”

Saget was found dead in his Florida hotel room on Sunday after performing stand-up at Ponte Vedra Concert Hall in Florida. He was 65. 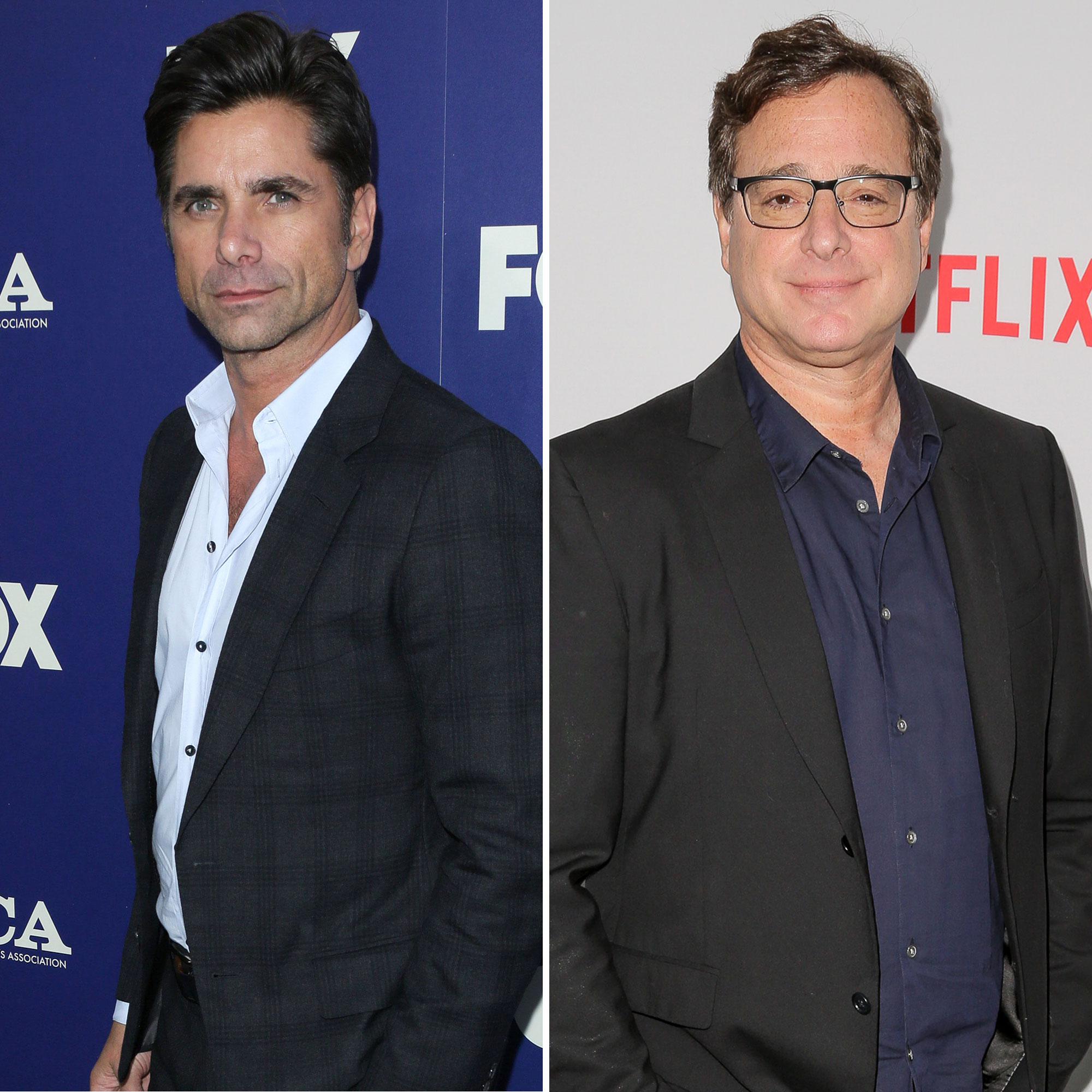 “On his way to the hotel, he calls his beautiful, loving wife, Kelly,” Stamos continued, referring to Kelly Rizzo, whom Saget married in 2018. “He says he feels 26 again, alive! Then asks her to fix up a picture he wants to post. She tells him it doesn’t need fixing, and tells him how handsome he is. He tells her he loves her with every bit of his heart. And when he gets to the hotel to put his head on the pillow, he misses his daughters, his family, his friends. God, he loves us all so much.”

‘Full House’ Cast’s Quotes About Bob Saget Through the Years

The Big Shot star’s message made references to Saget’s final Instagram post about Saturday’s two-hour set, which read in part, “I’m back in comedy like I was when I was 26. I guess I’m finding my new voice and loving every moment of it.”

Stamos concluded: “And he goes to sleep dreaming of when we’ll all meet again — and he’s smiling. I know in my heart he’s smiling, still hearing the laughter from a few hours before. I’m just not ready to say goodbye yet. Maybe tomorrow. Maybe.”

The You alum previously tweeted that he was “broken” and “gutted” after hearing the news of Saget’s death on Sunday, writing, “I am in complete and utter shock. I will never ever have another friend like him. I love you so much Bobby.”

‘Full House’ Stars: Then and Now 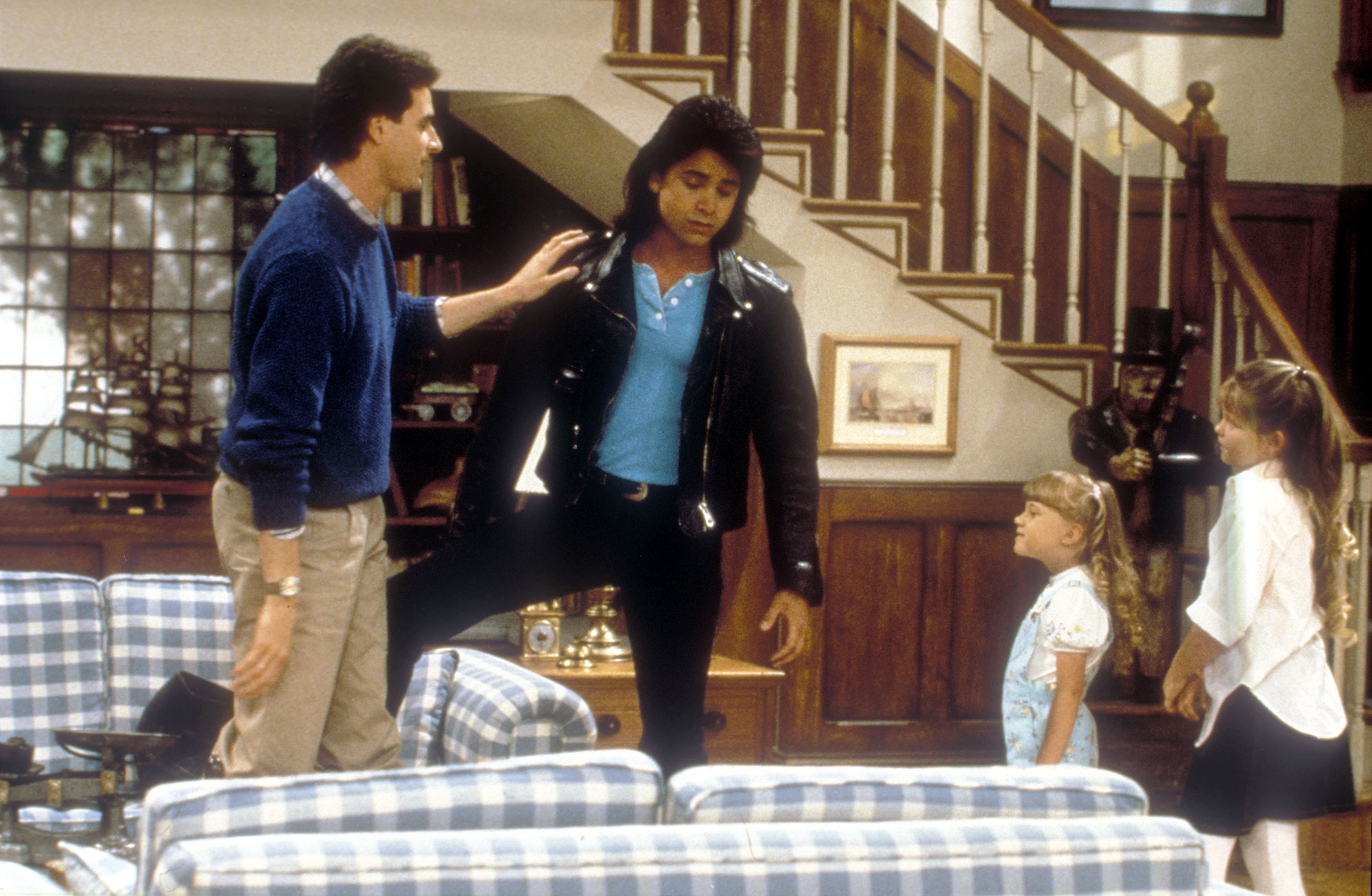 “Thirty-five years ago, we came together as a TV family, but we became a real family. And now we grieve as a family,” the statement read. “Bob made us laugh until we cried. Now our tears flow in sadness, but also with gratitude for all the beautiful memories of our sweet, kind, hilarious, cherished Bob. He was a brother to us guys, a father to us girls and a friend to all of us. Bob, we love you dearly. We ask in Bob’s honor, hug the people you love. No one gave better hugs than Bob.”

Full House aired for eight seasons from 1987 to 1995. With the exception of the Olsen twins, the cast reunited for Netflix’s revival series, Fuller House, which wrapped in 2020 after five seasons.

Saget is survived by Rizzo and his adult children, Aubrey, Lara and Jennifer. He shared his daughters with ex-wife Sherri Kramer.