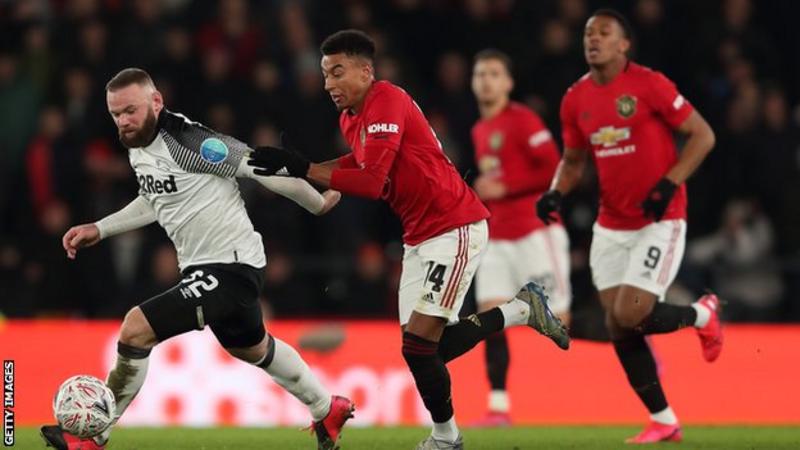 Manchester United and police are looking into the abuse midfielder Jesse Lingard received as he boarded the team coach after Thursday’s 3-0 FA Cup win at Derby County’s Pride Park.

In a video shared on social media, people can be heard shouting obscenities, including a racial slur.

One also shouts “zero goals and zero assists” at the England midfielder, 27.

United are furious and feel the behaviour was unacceptable and should be condemned in the strongest terms.

A Derbyshire Constabulary statement said: “We’re aware of a video that was taken outside Pride Park following last night’s game between Derby and Manchester United and enquiries are ongoing.”

United will investigate the incident with the Championship club and hope to identify the culprits.