Reality telly star James Lock is in a right old state, claiming that Priti Patel was ‘inciting hate’ when she criticised influencers like him for holidaying in Dubai and gloating about it online.

He was among scores of dim-bulb TV makeweights who ‘used loopholes’ to flee to Dubai, lounge in luxury hotels and pretend they were working by uploading photographs on to their social media accounts.

The Home Secretary had been scathing about those travelling for non-essential reasons and ‘showing off’ by posting sun-soaked pix of themselves online.

Fair comment, you might think — but James doesn’t see it that way. He claims that her brisk words have unleashed a negative reaction and that from his sun lounger in Dubai the poor diddums has been ‘bombarded with vile abuse’. 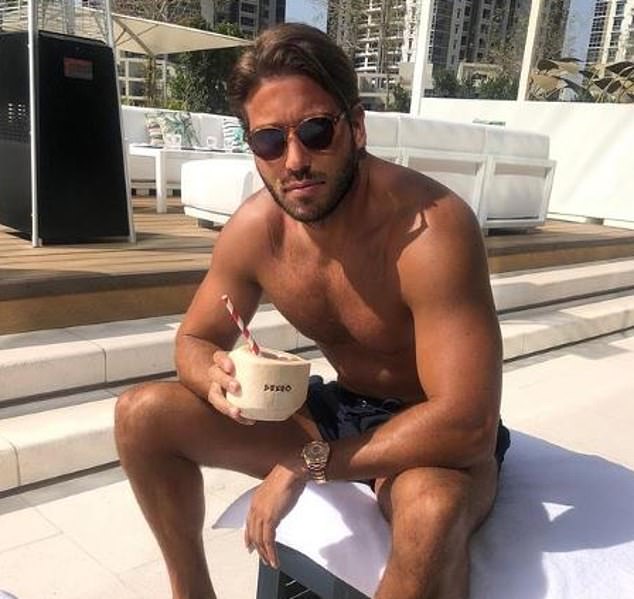 James is another dreary person determined to be a victim no matter what; a demi-personality glowing in the half-light of nearly-celebrity, somebody who craves attention, who hungrily seeks out recognition and reaction at all hours of the day and night — but only if it is positive, darlings.

Any whisper of criticism or negativity and sensitivos like him fall apart, accusing their tormentors of bullying and worse.

‘We have had death threats. The hate has increased 100 per cent after what Priti Patel said in the Commons,’ he blubbed this week, before slurping on a pina colada and taking another picture of his left bicep.

Have you noticed how mentioning online ‘death threats’ is now a threat itself? In some celebrity circles it is even a modish badge of honour, just like fame-hungry stars piously asking for their ‘privacy to be respected’ when the only people who haven’t valued it to date are their very own good selves.

It is just to emphasise to everyone else just how very important they are: not a civilian, like you.

What I would like to say to celebrities, royalties and influencers such as James is that of course it is unpleasant to be trolled online by malcontents, but climb down from the barricades and vacate your hallowed spot on the moral high ground.

For once in your life, apply the poultice of wisdom to the wound of affront and look at the situation rationally.

If someone really did want to kill you — and let’s be honest, they don’t — it would be unlikely they would be advertising the fact to millions of followers on Twitter, Instagram, TikTok and Facebook. 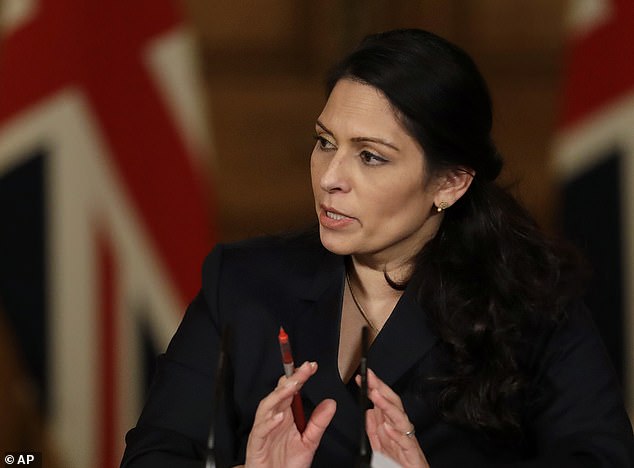 Secondly, if you live your life on social media and use it as a lucrative source of income and to harvest popularity and cash, surely you must expect that not all online traffic coming your way is super-complimentary?

Thirdly, maybe — perish the thought — but just maybe Priti is right, and you are simply in the wrong?

Meanwhile, Health Secretary Matt Hancock has been criticised for suggesting that international travellers who break quarantine rules will be jailed for ten years — a longer sentence than many perpetrators of serious crimes receive.

Even the suggestion of such a punishment seems preposterous — but when you see Covidiots such as James Lock and others, one understands the impulse to threaten us all with retribution on a biblical scale.

For ministers are having to confront a culture of extravagant exceptionalism by a spoiled generation who don’t believe their freedoms should be curtailed in any way. Their mental health needs and their comforts must come first. 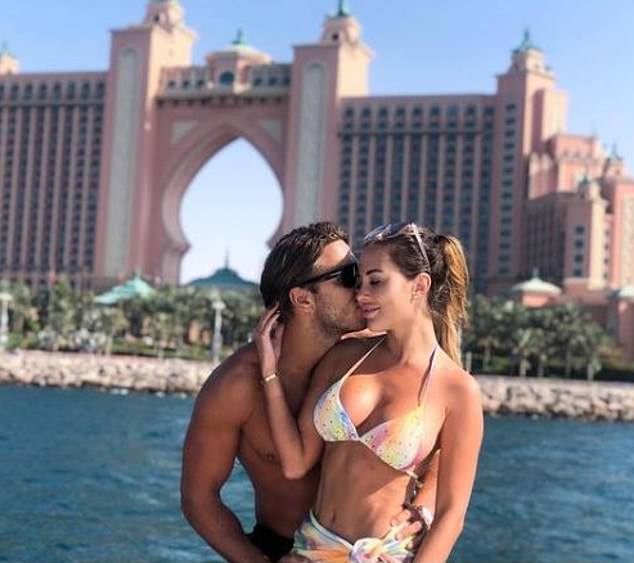 They’re as mad as hell and they are not going to eat their greens any more.

Perhaps the caution of these draconian jail sentences is merely the first boom of a doomsayer cannon, fired to get the message across to even the shallowest and most selfish among us that their actions have consequences for all.

In the end, the crime is not lying about your holiday: the crime is putting others at risk of illness and even death.

Perhaps when the smoke clears, something a little more appropriate will be put in place to curb the instincts of those who still don’t believe the rules apply to them.

But let’s not be too lenient, eh? My fondest wish right now is that anyone who doesn’t mask up in Waitrose is shipped to a penal colony forthwith, while Rita Ora is sentenced to sewing mailbags in HMP Covidiot and James Lock is forced to self-isolate in a grotty Heathrow hotel, trying and failing to arrange a glamour shot in his dingy room.

And that all of them finally take responsibility for themselves, instead of blaming the Home Secretary, the Government or anyone else for their woes.

Dilyn is the only one in No10 who’s not barking 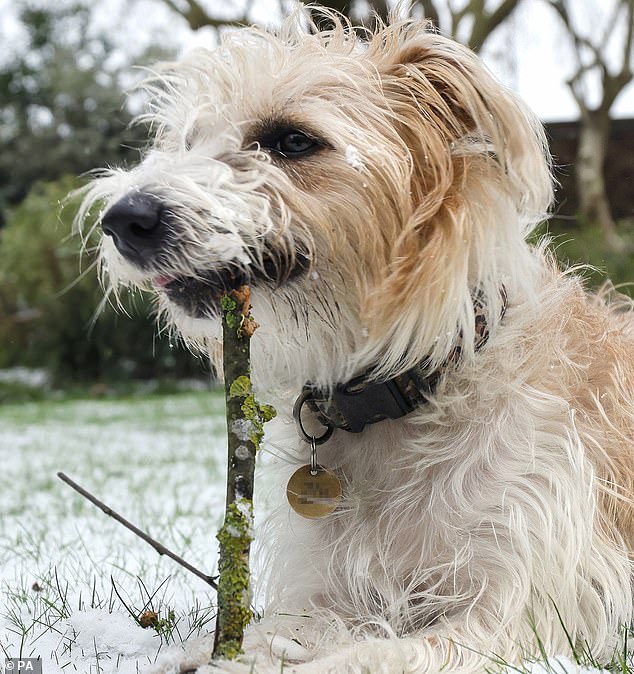 When artfully shot photographs of Dilyn the dog frolicking in the snow were published this week, questions and eyebrows were raised about whether this was the best use of Government photographers’ time.

Shouldn’t they be taking pix of Boris studying Important Papers or posing like Rodin’s Thinker instead?

May I say something? Please don’t stop the Dilyn shots. I love that dog!

The sight of him scampering about the corridors of power is always cheering — and that is more than you can say for Dominic Raab.

Right now, our canine friend is certainly one of the more intelligent voices in the Downing Street kitchen cabinet.

Dilyn, what are the prospects for small and medium-sized businesses actually understanding the complex detail in Michael Gove’s £20 million SME Brexit Support Fund?

Sorry, Rihanna, that’s not a bargain! 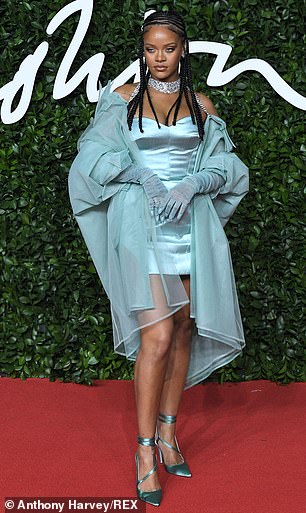 What is happening to clothes? I don’t mean my clothes, such as the party dresses I haven’t worn for nearly a year, or the forgotten high heels that languish in their boxes like little suede and leather corpses. Who cares about them? Not even me.

I mean those celebrity fashion lines, launched by image-conscious stars amid a great hullabaloo, only to turn to bargain-rail dust a few seasons later.

The pop singer Rihanna’s Fenty label has just been suspended by Louis Vuitton after only two years —hardly surprising when you look at what is on offer.

Fans might love Rihanna’s music, but that does not mean they are completely stupid.

Meanwhile, Beyonce has posed in some eyeball-razing new outfits for her range called Adidas x Ivy Park — most of which seem to be fashioned from toffee-coloured patent leather.

Fine if you are an item of 1960s furniture — or indeed a toffee — but a rather unforgiving fabric for everyone else.

Look, I know we’re all going mad in lockdown. But not so mad that women want to take to the streets, squeaking along like a giant frankfurter, looking for the enveloping embrace of a hot dog bun.

Even Beyonce doesn’t look good in it, and that is saying something.

How do you know when you have too much money? When, like footballer Riyad Mahrez, you take five weeks to notice that £175,000 has been swiped from your bank account.

Eventually, after receiving a bill for £900 worth of drinks in a nightclub he had never been inside, Riyal twigged that something was wrong.

How the other half live! I’m hardly the Little Match Girl but I notice when the supermarket self-service till rings up a 10p bag for life twice. You can’t be too careful! 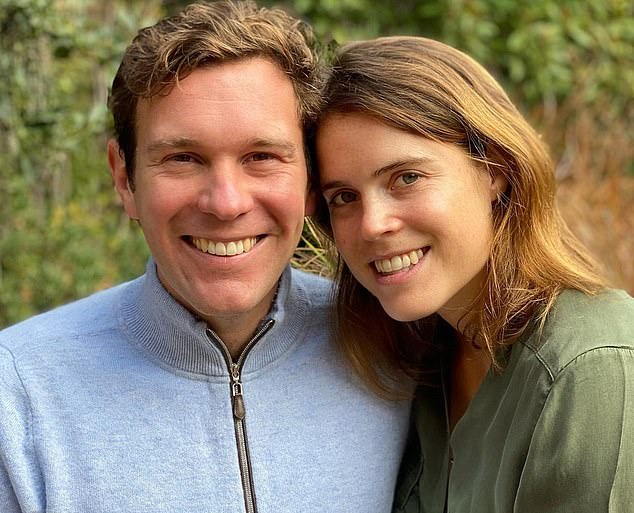 Congrats to Princess Eugenie and Jack Brooksbank, the new parents of a bouncing baby boy. Yes, hush, I know.

It was a bit embarrassing when his colleagues at tequila company Casamigos sent out a request to the Press 11 minutes after the official royal birth announcement.

The company, whose £45-a- bottle spirits are popular in nightclubs, insisted that any mention of the proud dad should include his ‘official title’ and namecheck the brand.

Unlike his wife, Mr Brooksbank does not hold a royal title. And now the couple are insisting that the baby is not going to have one either, not even Baron Sunrise of Tequila.

Meanwhile, Eugenie says she is going to concentrate on motherhood and her career (!) instead of royal duties.

Let’s all drink to that.

The plain-speaking boss of one of Britain’s biggest accounting firms has had to step down after giving his workforce a bracing pep talk.

During a virtual meeting, Bill Michael, of KPMG, told 500 of his highly paid working-from-home staff to stop moaning about the cut in their bonuses — they had been paid in full since the pandemic started and had, he said, very little cause for complaint. Michael told them they were in ‘a very lucky sector’ and should not ‘sit there and moan’.

He had a point, don’t you think?

Many industries have been decimated, the economy is on its knees and millions will lose their jobs before this Covid emergency is over.

It is absolutely true that KPMG accountants are among the fortunate ones and should be counting their blessings instead of whingeing about their lot. A cut in their bonus! Pass me an onion, so I can pump out some tears for their dreadful predicament.

Instead, they were outraged by Michael telling them to buck up and shut up.

And then further incensed by his belief that the notion of unconscious bias as ‘complete and utter c**p’ after several in-house training modules seemed to suggest it didn’t exist.

The howls of millennial outrage could be heard on the moon and beyond. Now Mr Michael has had to zip it, issuing a statement that said: ‘I am sorry for the words I used, which did not reflect what I believe in.’

What a lot of companies need right now are strong leaders; a boss who will put lead in your pencil and lead from the front.