Home » Lifestyle » Is this the next Australian classic? Writer’s fresh take on an old story

Lost children have always found their place in the popular imagination. From fairytales Hansel and Gretel and Little Red Riding Hood to real-life cases such as that of Madeleine McCann, children who vanish have long carried symbolic meaning with them on their journeys into the unknown. Innocence violated, society corrupted.

In Australia, they also bear the weight of colonialism. They’re entangled with concepts of whiteness and wilderness. The European children wander from picket-fenced homes and schools, places of safety and security, into the uncontained landscape, “the bush”, “the outback”,“the desert”. Think Frederick McCubbin’s 1886 painting Lost, Henry Lawson’s 1899 poem The Babies in the Bush, Joan Lindsay’s 1967 novel Picnic at Hanging Rock or Kim Farrant’s 2015 film Strangerland. In his book The Country of Lost Children: An Australian Anxiety, academic Peter Pierce argued that missing children embodied the “essential if never fully resolved anxieties within the white settler communities of this country.” 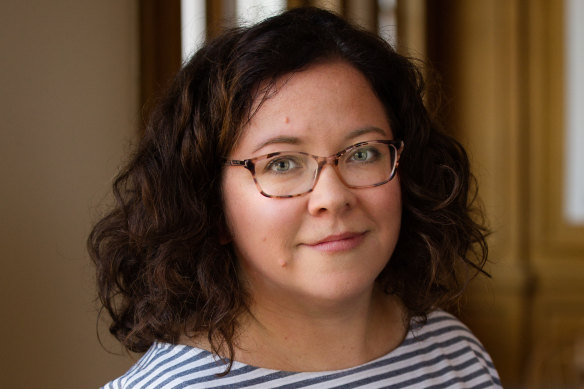 Into this terrain comes Fiona McFarlane’s mesmerising second novel The Sun Walks Down which opens with six-year-old Denny Wallace disappearing during a dust storm. Set in the Flinders Ranges in the colony of South Australia in 1883, the story unfolds across a single week as the residents of the fictional town of Fairly search for the missing child. The narrative flows between their perspectives including, to name a few, a headstrong teen girl, a Swedish painter, a troubled clergyman and an Indigenous station worker.

The search unfolds against a backdrop of unusual sunsets, the sky turning an “apocalyptic red” that so alarms residents they at first think there’s a smokeless fire burning over the horizon. It’s a story with the quality of a myth or fable, that somehow manages to seem both restrained and infinite at once. And if that’s all sounding a bit hoity-toity, be assured it’s an engrossing mystery (US novelist Ann Patchett has blurbed it as “compulsively readable”).

McFarlane, who speaks to me over video from the University of California, Berkeley, where she has taught creative writing since 2019, says the genesis for the novel was a road trip to the ancient peaks and gorges of the Flinders Ranges. She had been at Adelaide Writers’ Week promoting her acclaimed debut, The Night Guest, which was shortlisted for the Miles Franklin Award in 2014, and was working on her next book, the collection of short stories The High Places. 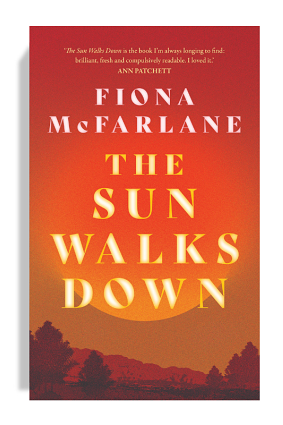 The novel is Fiona McFarlane’s second.

McFarlane was struck by the region’s beauty and the haunting colonial ruins scattered throughout the landscape, from entire abandoned townships to lone chimneys rising from dusty paddocks, each a sign of a life forsaken. The images stayed with her, and she started thinking about Australian history as a series of unsettlements, starting with the British invasion.

“As soon as I realised that the Flinders Ranges were so compelling to me that I had to write about them and that I really wanted to write about them in the late 19th century, it occurred to me that I was now writing a colonial outback novel. I was kind of frightened of that,” says McFarlane, who was born in Sydney, where she graduated from English at the University of Sydney, before continuing her studies at Cambridge and the University of Texas.

“I thought that if I’m going to do that then why don’t I look at one of these mythological narratives that have been part of forming Australian culture for good or bad, and pick that apart a little as I write my novel? It’s very deliberately taking on the cultural narrative of the lost child, but in a way that I hope subverts it a little, pulls it apart a little, pokes holes in it a little.”

Australian literature has no shortage of colonial outback novels and McFarlane says Patrick White, who in novels such as Voss and The Tree of Man depicted the early days of settlement, was one of her favourite authors as a teenager. McFarlane says she wanted to bring a 21st-century sensibility to the genre, capturing the busyness and multiculturalism of the interior in the late 19th century. The novel also pays deliberate homage to the children’s classic Dot and the Kangaroo.

“I think that particular positioning of the Australian interior as unknowable and cruel and wild and sinister sometimes is a dangerous one. It’s a damaging one that we’ve subscribed to for such a long time, so I wanted to write about the interior of Australia, but in a way that wasn’t about it being automatically menacing or automatically empty,” she says. “I wanted to do something a little different that gave us the country in a variety of ways, from different points of view so that it wouldn’t just feel like this big empty waste that no one knew anything about.”

McFarlane’s impressive debut was about an elderly widow who believes she is being stalked by a tiger, and her government-appointed nurse. This novel required far more characters – and far more research. McFarlane visited the Flinders Ranges twice, scoured the archives at the State Library of South Australia including diaries, journals and letters from the period, and consulted widely. There were huge amounts of reading – a whole book about the fashion for wearing black clothing in the Victorian period made it into one line in the novel.

And while the writing process was different, both novels are intensely interested in the interpretation of reality and how we tell our histories (and how they haunt us). While she was apprehensive about representing cultures other than her own, including Indigenous characters, she built anxieties about representation into the story. The Sun Walks Down is self-aware about the role of art in national myth-making, and probes who owns and can tell cultural stories. One character, a policeman who writes novels, reflects on how he’ll represent the search for Denny Wallace while it is taking place, deciding “wherever there’s a desert, there’s a man sent mad by it”.

“The book is partly really interested about who gets to make art and who suffers and who’s taking advantage of who and whether it’s worth it,” McFarlane says. “I’m hoping that all of those anxieties are built into the book because I’m really interested in that. I don’t think there’s an easy answer to that question, and I think that any Australian writer who’s writing about our colonial history has to face it in some way, rather than just pretending it doesn’t exist.”

The Booklist is a weekly newsletter for book lovers from books editor Jason Steger. Get it delivered every Friday.