Home » Lifestyle » Inside the ‘House of Gucci’, with Jared Leto and Adam Driver

This week marks the long-awaited release of House of Gucci, the Ridley Scott-directed and co-produced film that tells the story of one of the darkest chapters for the Gucci family. The movie is based on Sara Gay Forden’s book The House of Gucci: A Sensational Story of Murder, Madness, Glamour and Greed, and tells of Maurizio Gucci’s rise to the pinnacle of the family company, before the fashion empire begins to crumble and Maurizio himself is murdered. As well as Adam Driver (who plays Maurizio), the cast includes Lady Gaga as Patrizia Reggiani, Jared Leto as Paolo Gucci and Al Pacino as Aldo Gucci.

Leto — who plays family outsider Paolo — is a frequent collaborator of the house. Earlier this month, he walked for Gucci in its “Love Parade” show in Los Angeles, continuing his relationship with the brand that has stretched back throughout Alessandro Michele’s tenure as creative director. Despite that, this relationship had little to no impact on his role in House of Gucci.

“They’re two completely separate things,” Leto says of the film and his relationship with the brand. “I think a lot of people are going to be shocked and surprised by the story of the Gucci family. I’ve worked with the brand for seven years and I had no idea. I didn’t know there was this drama, intrigue, murder in the family.”1 of 3 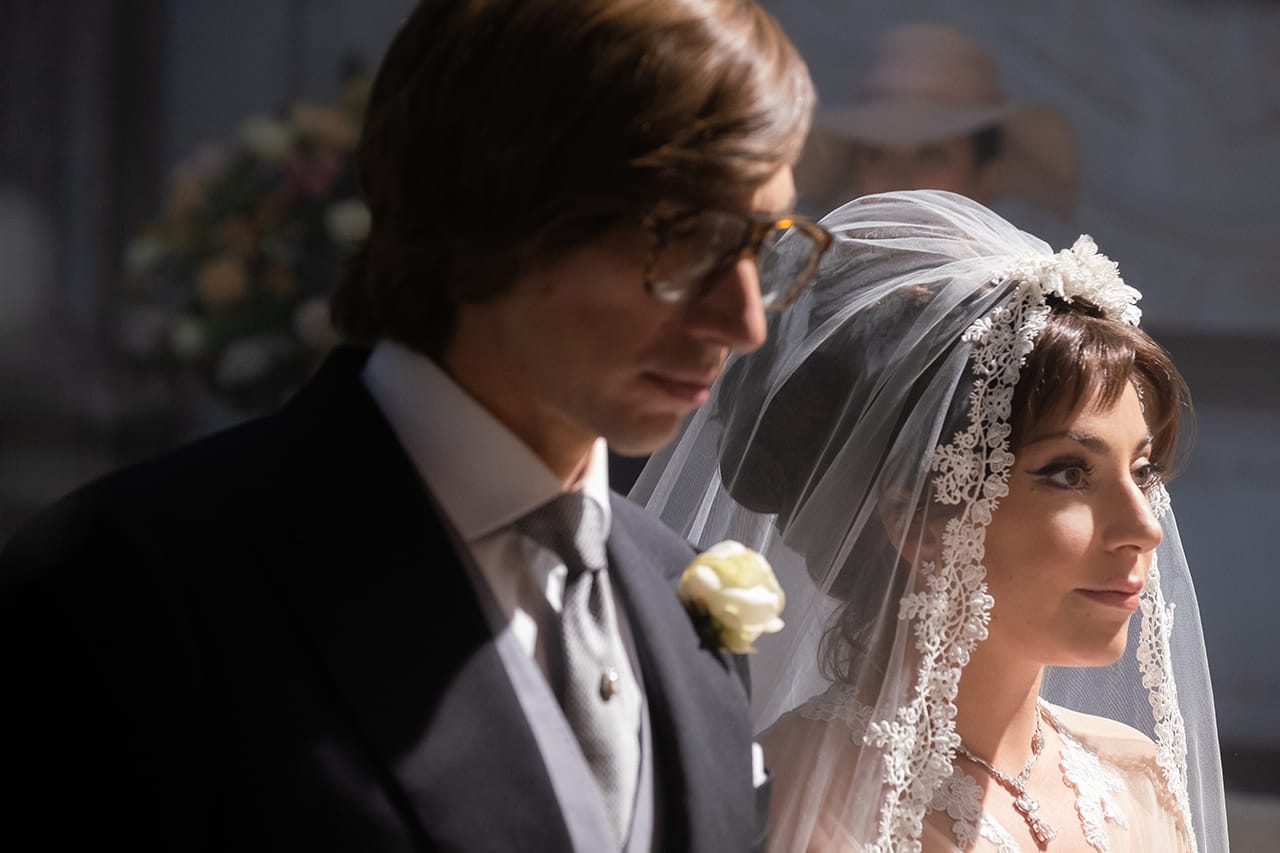 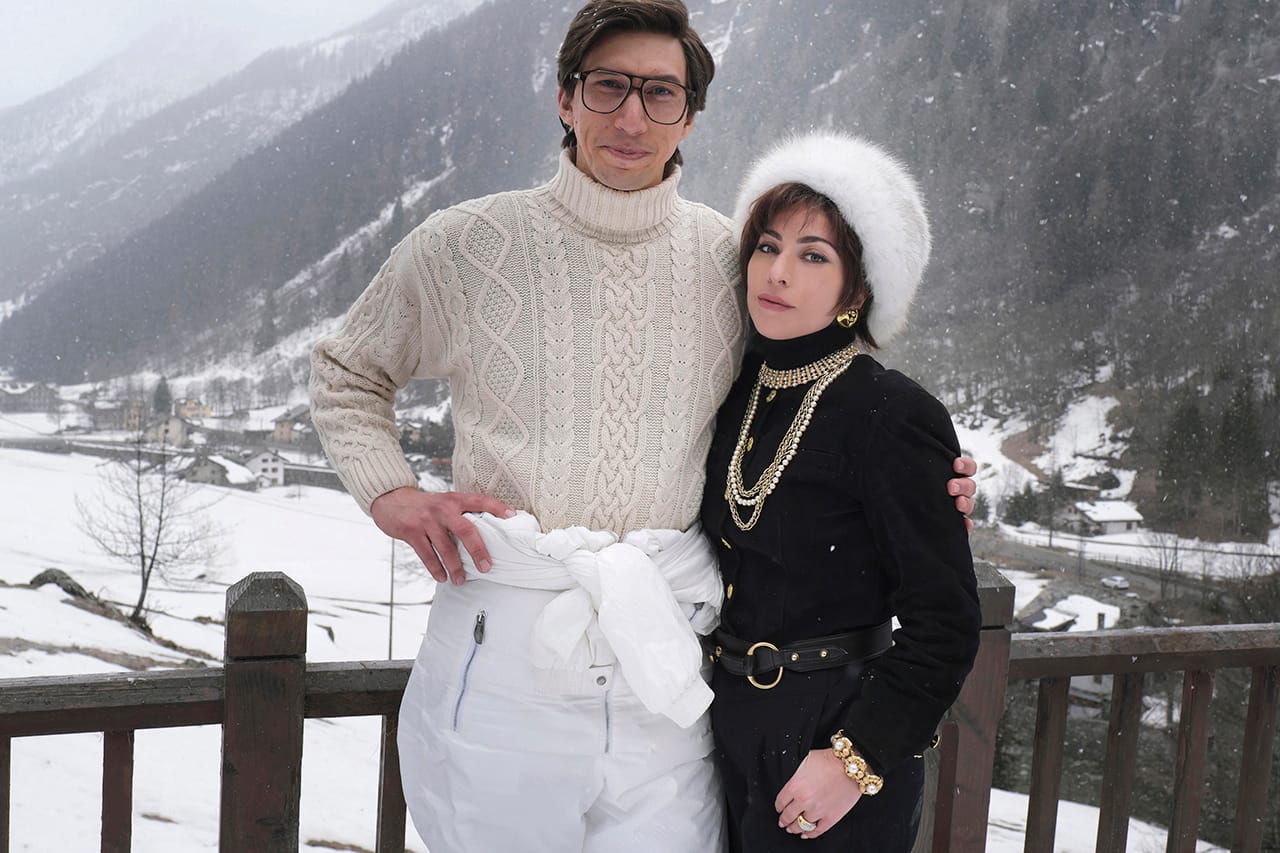 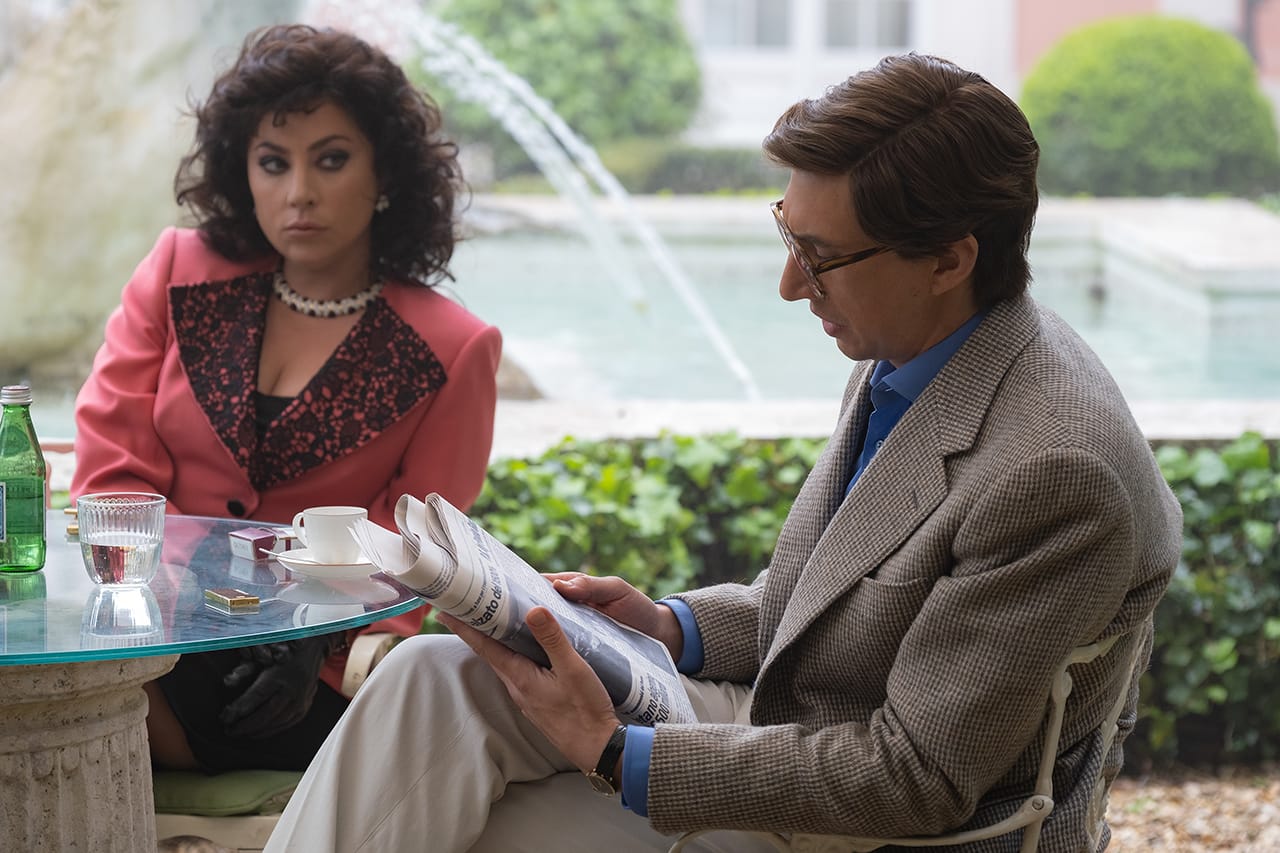 Driver came to Gucci from a different perspective to Leto — as a more conservative and classical dresser on the red carpet, he had no prior styling relationship with the brand (instead, he is currently the face of Burberry’s latest fragrance campaign). He also knew nothing of its history. “I wasn’t aware of any of it, I didn’t know anything about it until this script came to me,” he adds. “One of the great parts of being an actor is learning about moments in time, and to be doing it with Ridley [Scott], who is basically an historian himself. Great filmmakers are interested people, which makes them interesting and makes their movies varied and diverse. To be there with people who knew is educational.”

Perhaps unsurprisingly for a film about the Gucci family, the fashion and costumes are central to House of Gucci. Earlier this year, the film’s costume designer, Janty Yates, discussed her work on the film with the New York Times, explaining the painstaking process of constructing the costumes, which including access to Gucci’s Florence archives, sourcing vintage pieces from top dealers and eBay, as well as working with teams of tailors and seamstresses to piece together the outfits worn by the cast.

“One of the great parts of being an actor is learning about moments in time.”

Much has been made of Lady Gaga’s flamboyantly dramatic costumes, but both Leto’s Paolo and Driver’s Maurizio show their character through the way they dress, too. In Paolo’s case, his outsider status is affirmed through his suiting — including a lilac corduroy suits and brightly-colored checks — that shows how different he is from the rest of the Gucci clan. “The suits are absolutely gorgeous, we had such a phenomenal team that brought these things to life,” Leto says. “I really just pushed everybody to go further. My only real direction was to push with colour and the designs to represent Paolo’s extremes, because he was an extreme and passionate person.”

In the build up to the film’s release, Leto said that he wanted to go “absolutely f*cking crazy” with the role, something that’s replicated in the prosthetics needed to play Paolo. “Just look at Paolo, that’s what I meant,” Leto says of that quote now. “That was the result, someone who really pushes towards the edges, the extremes of life. Someone who is passionate, who has a lot of volatility, humor and heart. I’m really thankful to Ridley for letting me go nuts.”1 of 3 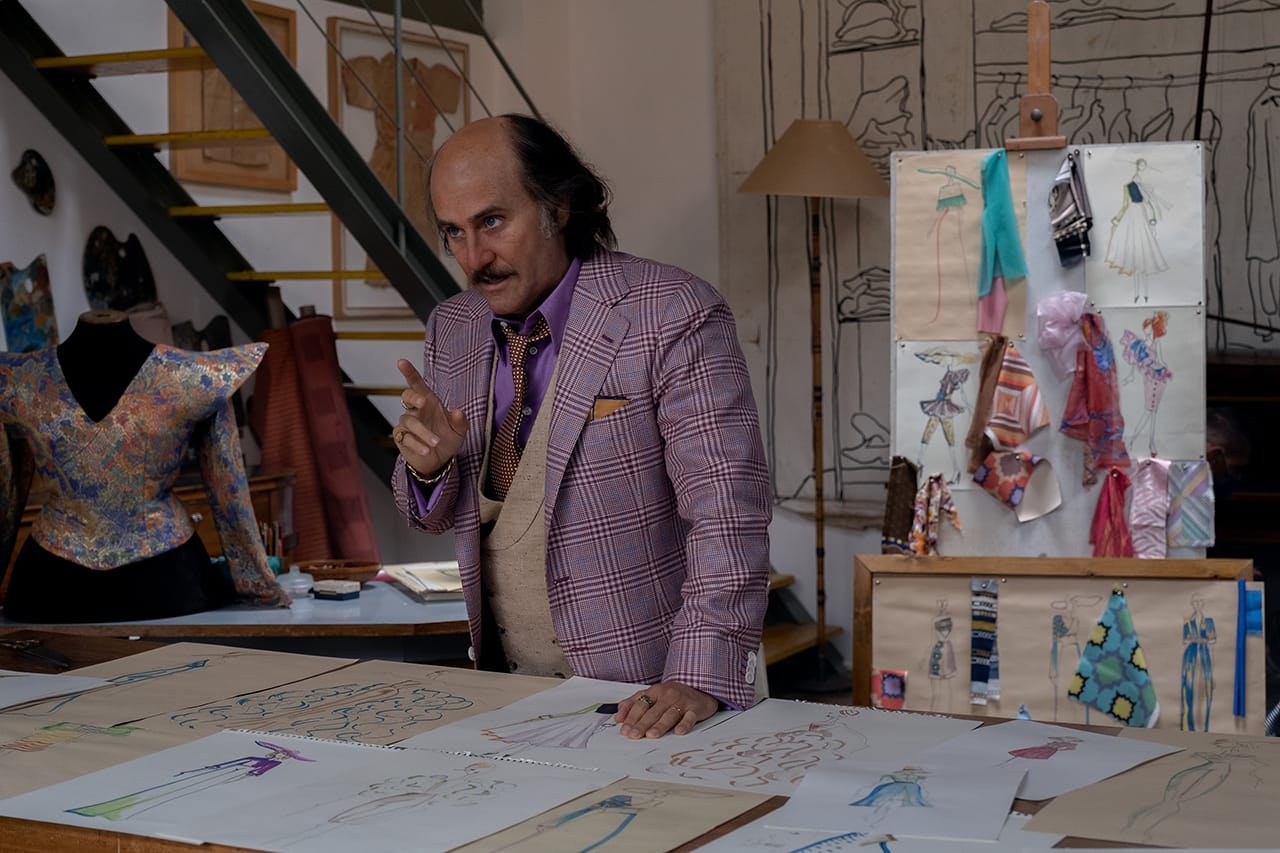 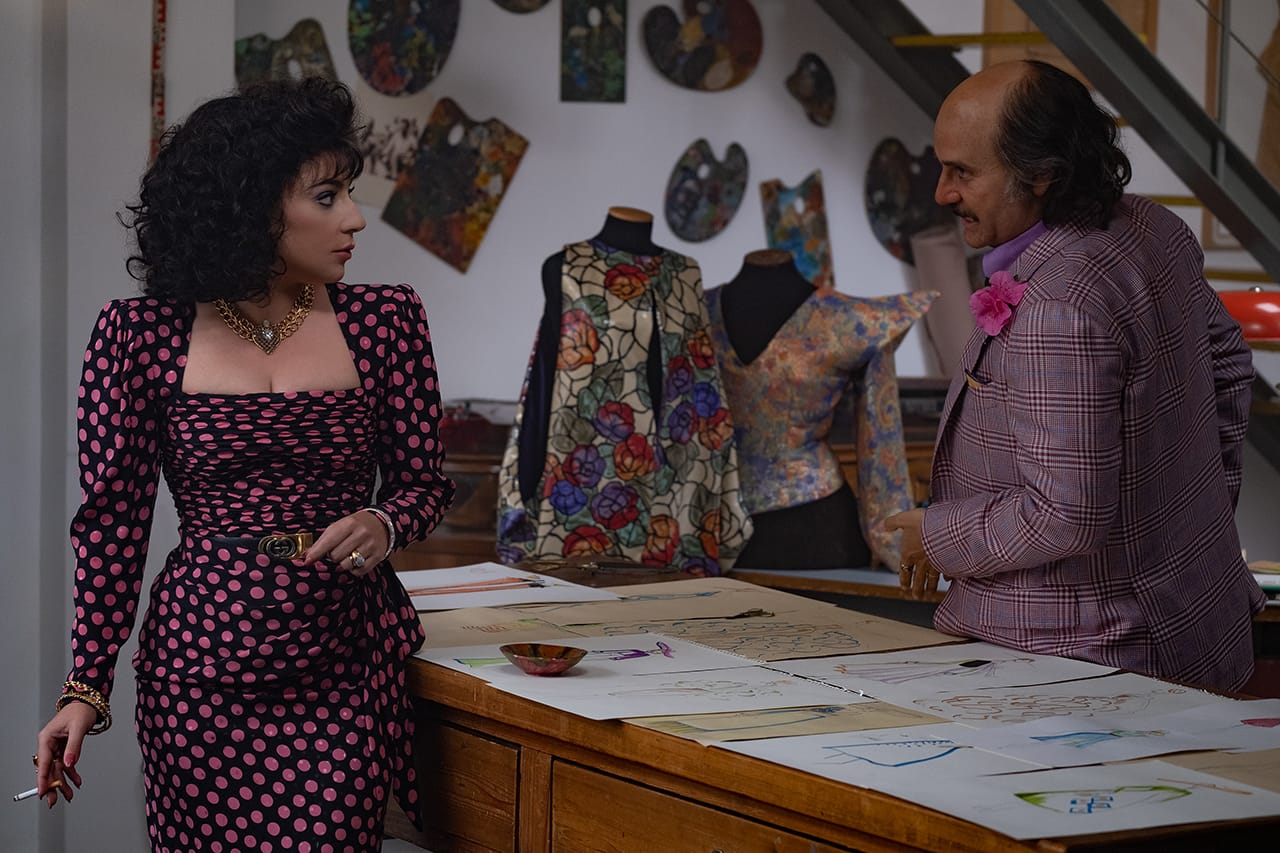 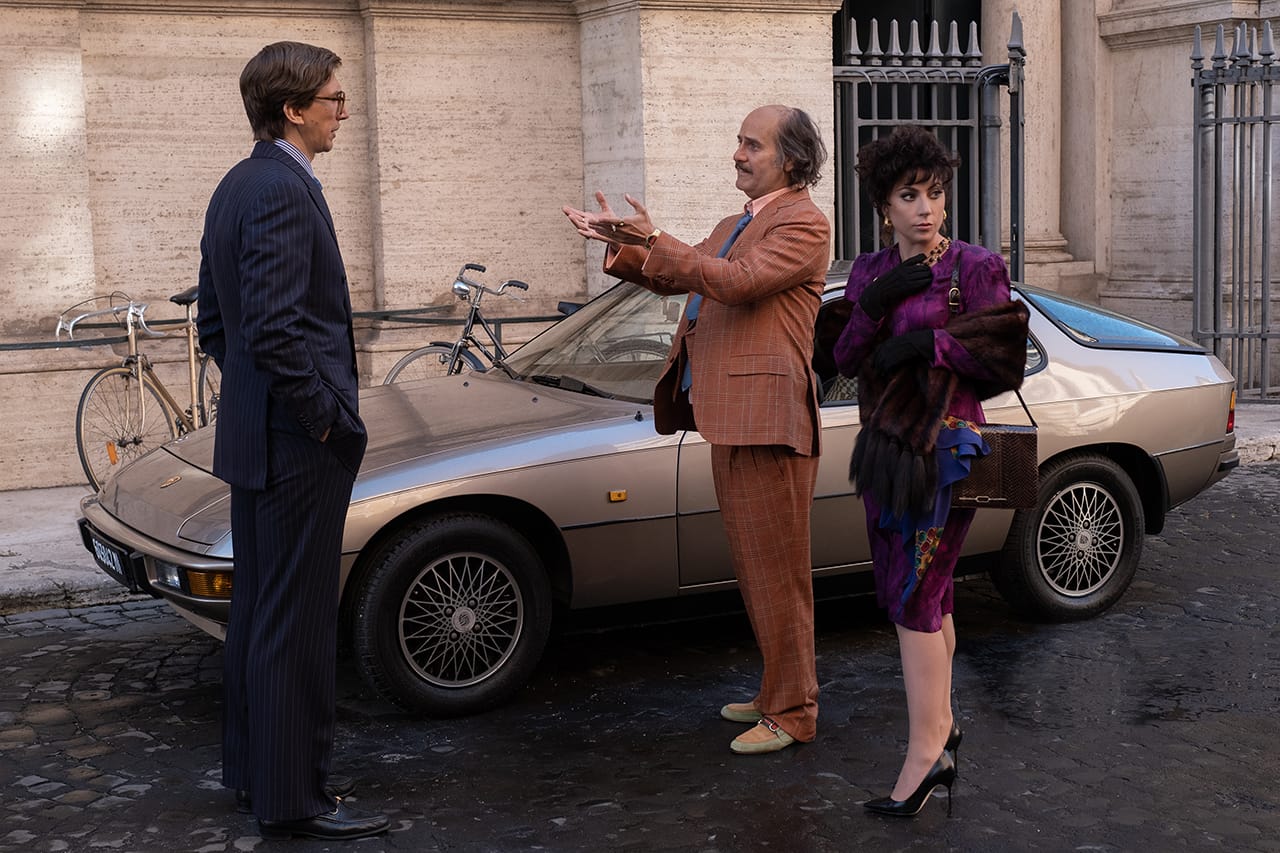 The suits worn by Driver tell a different story: his transition from reluctant heir to ruthless boss. “Janty Yates, who did the costumes and has worked with Ridley since Gladiator, and I talked a lot about a Cary Grant kind of awkward elegance to the way he moves,” Driver explains. “The costumes helped that a lot, and to also telegraph where he is. Over the course of the movie hopefully he starts to become his own man, and to be more comfortable the more distance he is from Gucci. At the beginning it is very collegiate and loose, then in the middle as he starts to become this character of who he thinks he’s supposed to be, it’s more rigid. Then the costumes get more loose and easy at the end.”

The film itself is a bombastic, operatic production, that dials up the emotional tensions between the varying members of the Gucci family. But it’s a testament, too, to the legacy of the house, and the enormous position it holds in popular culture.

“It’s a wild thing,” as Leto puts it. “Who knew that leather could lead to such madness?”
Source: Read Full Article