A NEW yacht which has been dubbed a hyperyacht has been revealed – and its like something out of a movie.

The racy new 9m superyacht design is a tribute to Ferrari, coming in the famous Rosso Corsa red. 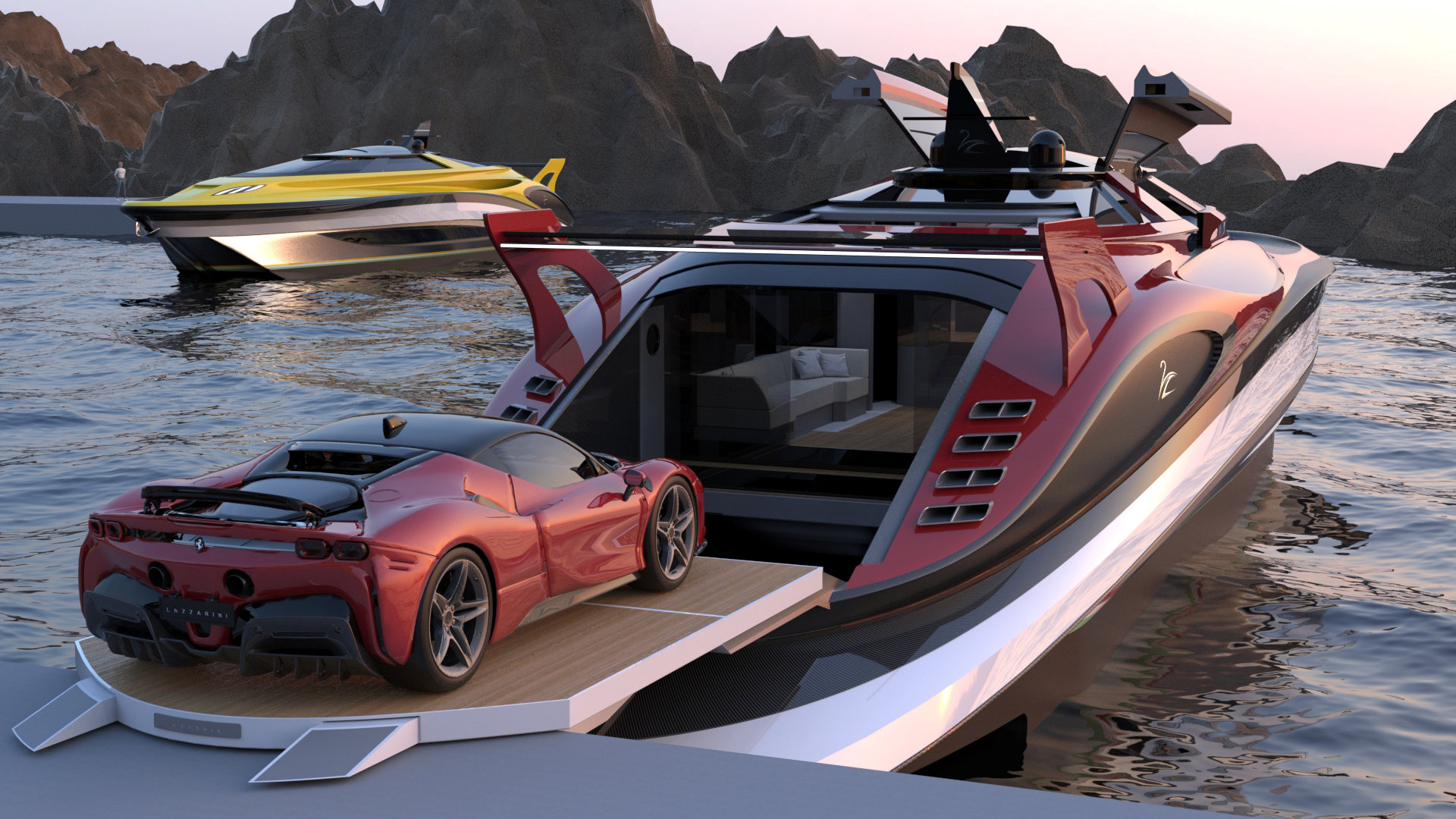 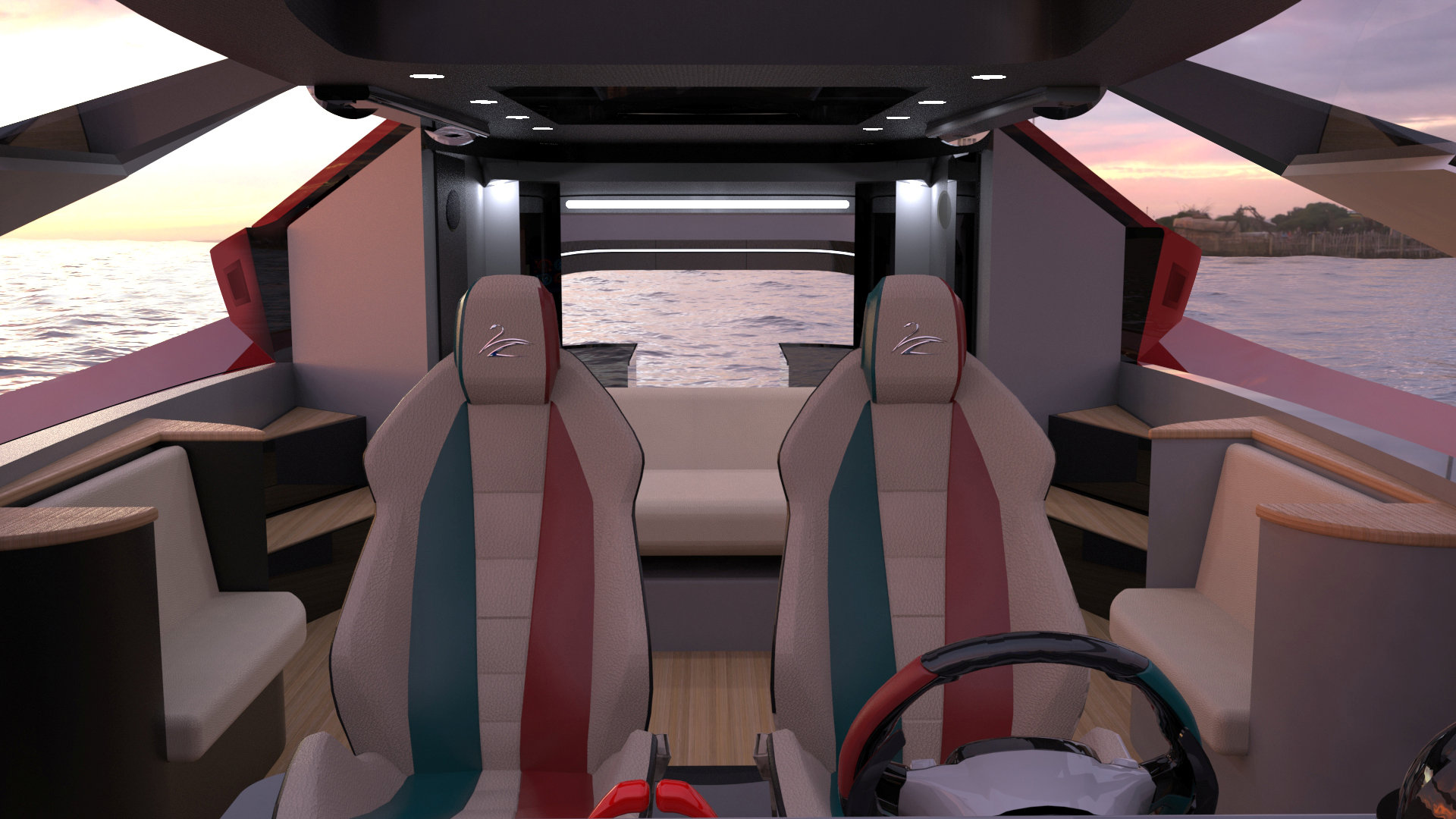 Inside is a racing-inspired cockpit as well as pilot seats and gullwing doors.

Onboard there are two double guest cabins, a main saloon as well as rooms for three crew members.

It is built from carbon fibre and even has a Ferrari badge on the front.

And unlike other yachts, it has aerodynamic wings which lets it glide over the waves at speeds of around 70 knots, working out to 80mph.

Rome-based Lazzarini Studios say the eye-catching vessel has been designed by taking inspiration from Maranello's latest hypercars and have dubbed it a 'hyperyacht'.

They said in a statement: “We tried to imagine how a Ferrari of the seas would look."

They added: “While the propellers are limited in steering, the jet will provide thrust in acceleration and turning degrees at high speeds."

The yacht remains as just a concept for now, with no plans for it to be built.

Lazzarini also revealed a concept superyacht designed for billionaires with a 200ft 'gaping hole' of empty space inside it.

Last month, the first images inside the biggest yacht in the world have been revealed ahead of its launch in 2024.

Somnio, when launched, will be both the largest and longest yacht in the world. 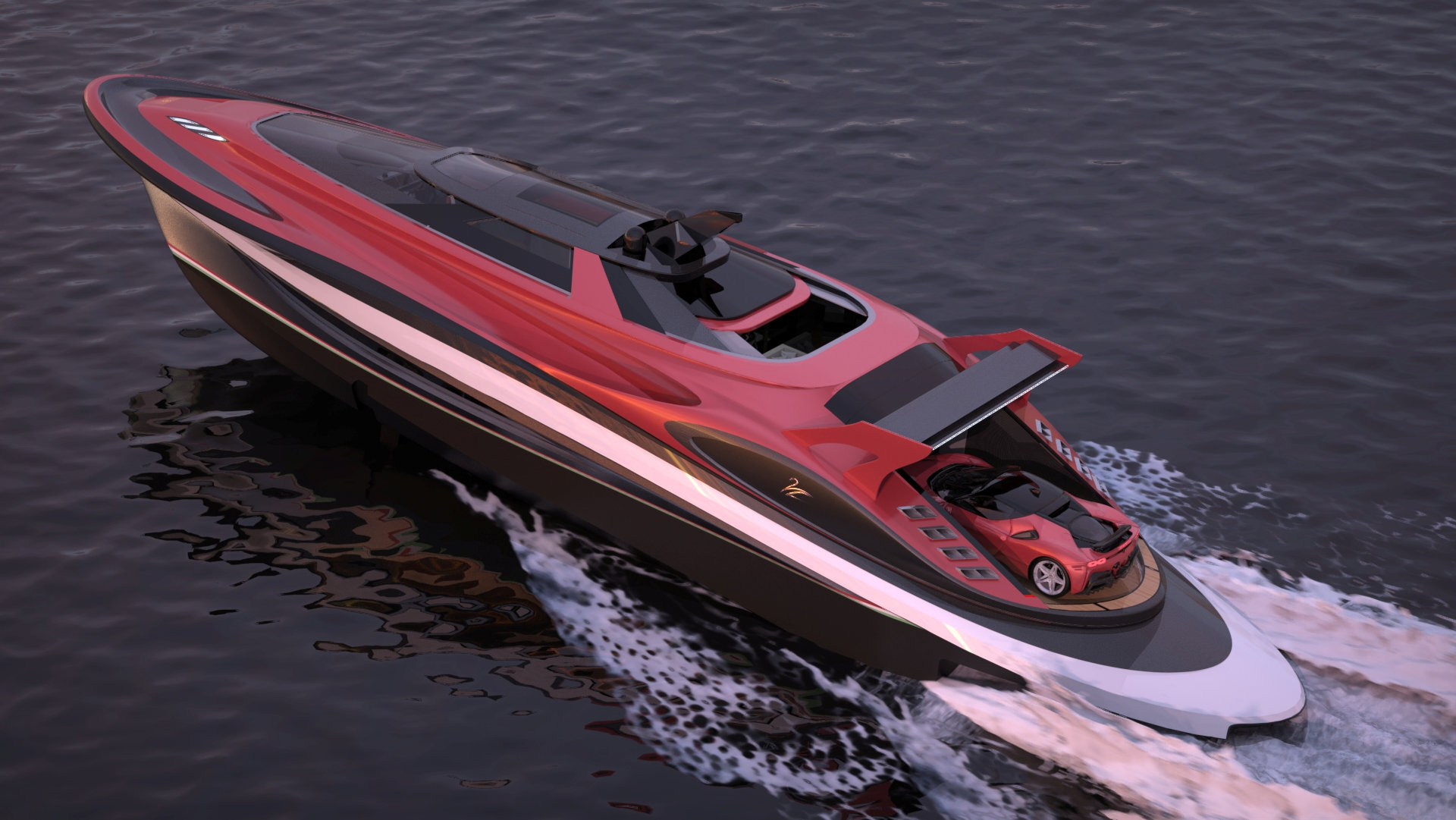 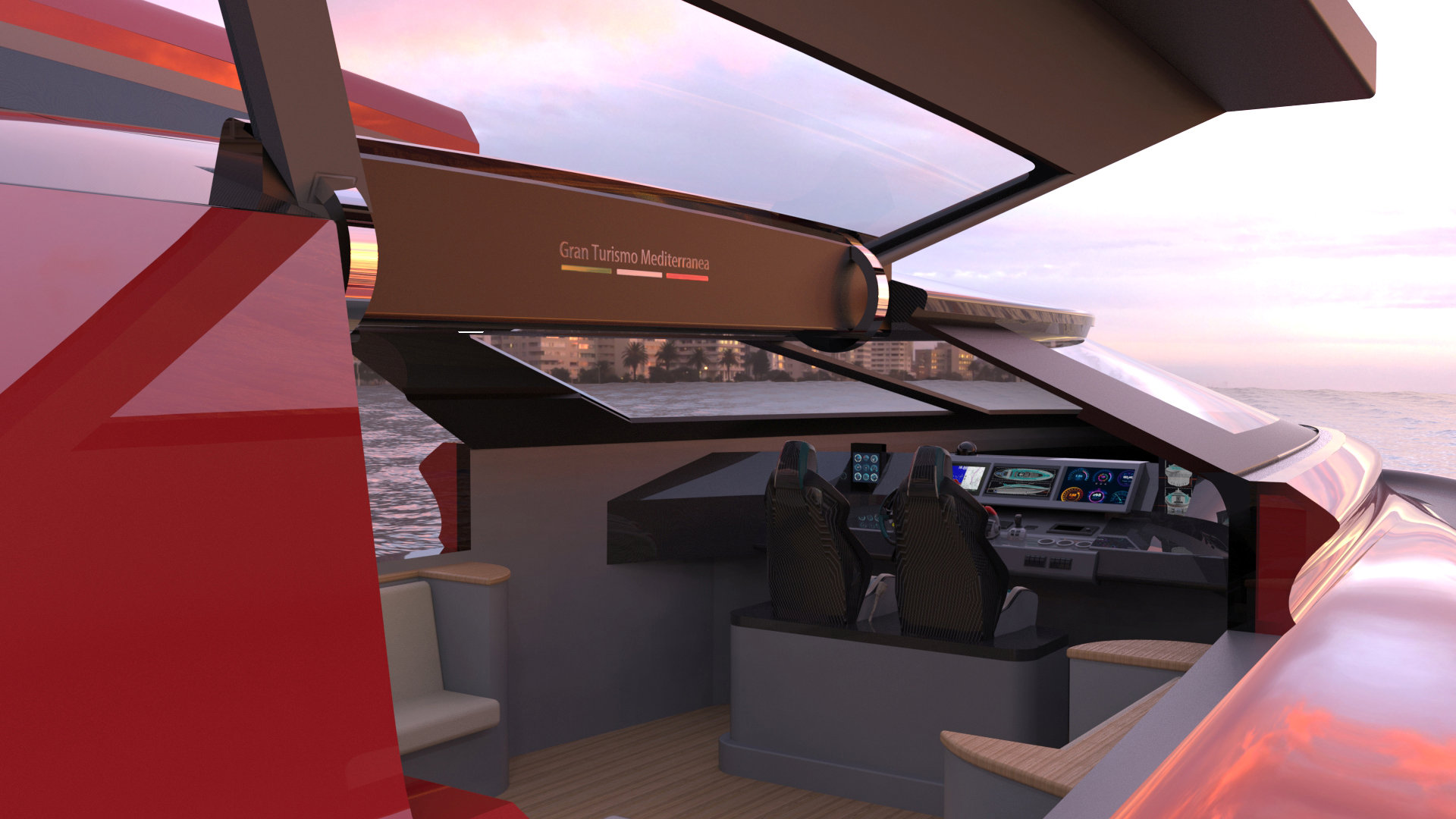 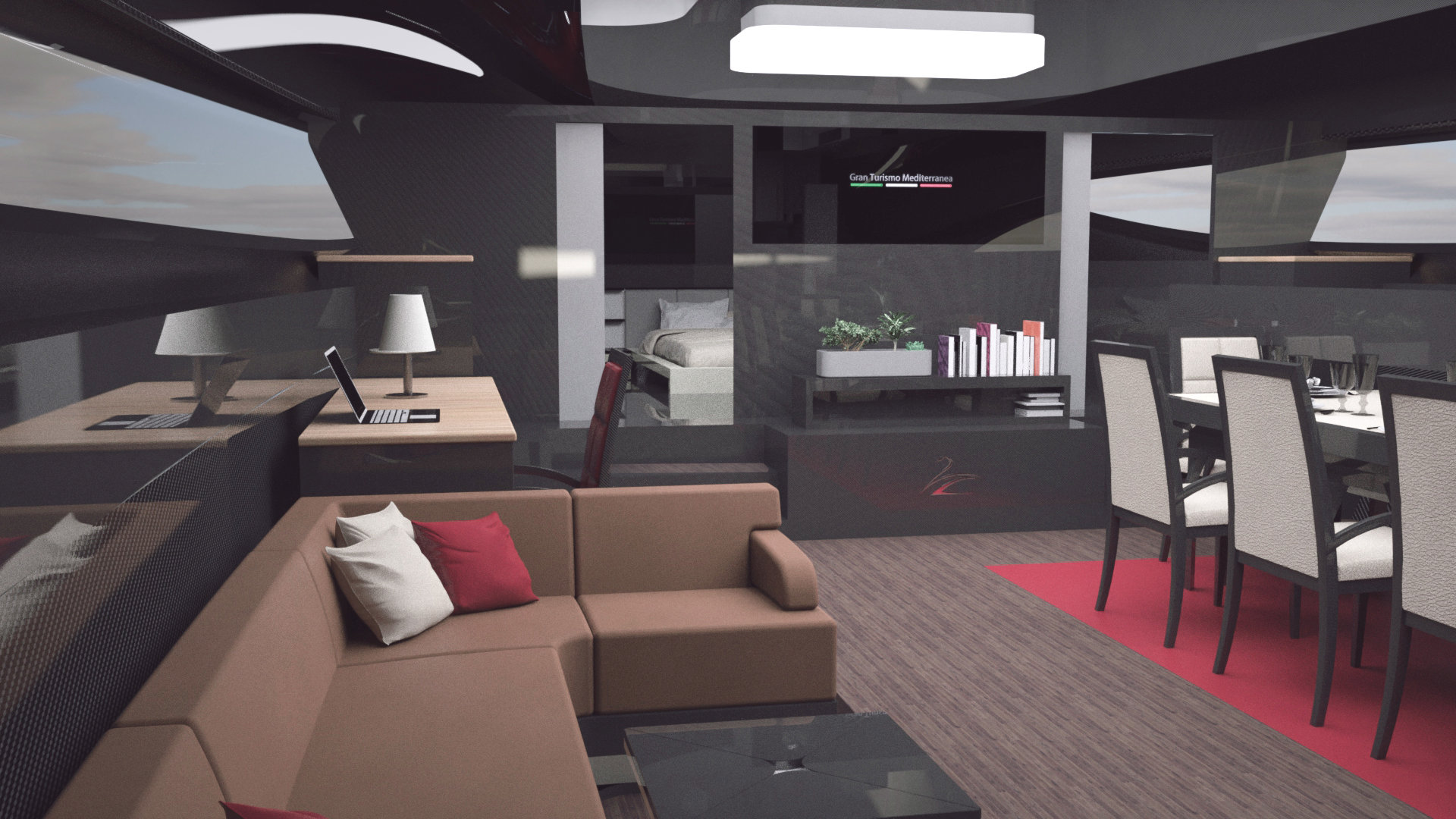