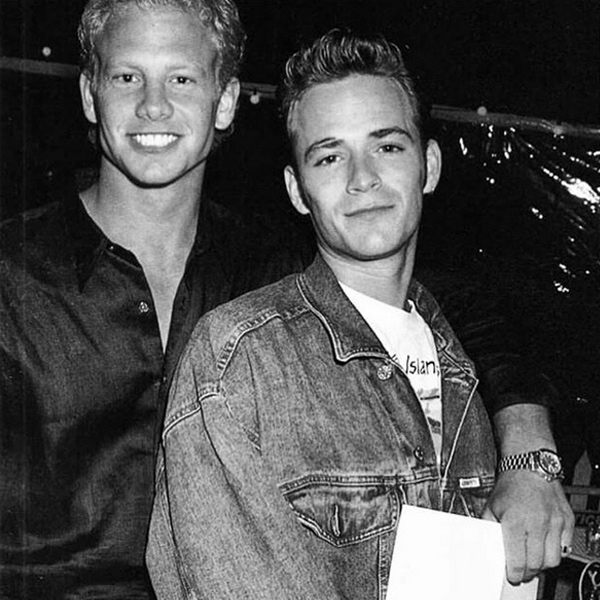 Gone but certainly not forgotten.

One year after Luke Perry passed away at 52 after suffering a stroke, famous friends and fans alike are honoring the talented actor with heartfelt posts on social media.

On Wednesday morning, Ian Ziering shared a throwback photo with his Beverly Hills, 90210 co-star as well as a special message to his longtime friend.

“Hard to believe it’s been a year since losing Luke. Though time heals wounds, the pain of loss lasts forever,” he shared online. “Miss you so much pal. #RIPLuke.”

“Here’s a drink to ya Luke, I’m not a big throw back person. I’m all about the present and the future and I am grateful for the work I’ve been able to do the last couple years, but today a drink in your honor and getting a chance to work with you and know you back in the day respect,” he shared on Instagram. “Also Once Upon a Time in Hollywood is the best film I’ve seen all year, was special to see Luke in this film.”

Since Luke’s passing, the cast of Riverdale has also paid tribute to the actor in episodes including the season four premiere.

“Probably the most important episode of Riverdale we’ll do this year, if not ever,” Riverdale creator Roberto Aguirre-Sacasa tweeted at the time. “A tribute to our fallen friend. Thankful for this opportunity to honor Luke and Fred.”

And although Luke was ultimately laid to rest in a private Tennessee burial in March 2019, many cast members still feel him around them.

Just last month, Riverdale star Lili Reinhart took to Twitter and recalled a dream she had about her late co-star.

“I had a dream last night that I saw Luke…and I hugged him so hard and cried into his shoulder, telling him how much we all miss him,” the actress wrote on the social network. “Looking back on it this morning, I think his spirit was visiting me in my sleep, letting me know he’s smiling brightly on the other side.”