“She was brilliantly charming and beautiful and, at the same time, terrifying,” says veteran Australian newspaperman Col Allan. The former editor-in-chief of Rupert Murdoch’s New York Post is describing his introduction to the paper’s star gossip columnist, Cindy Adams, a key figure in this four-part series, made by Ron Howard and Brian Grazer’s Imagine Documentaries and directed by Jenny Carchman.

Focusing on America, and particularly New York, it spans more than half a century from the 1960s, examining the terrain and the tactics of gossip columnists. Offering insightful interviews with a range of insiders – reporters, columnists, editors – it reveals the common practice of favour trading – not publishing an item if the subject offers a juicy titbit about someone else. 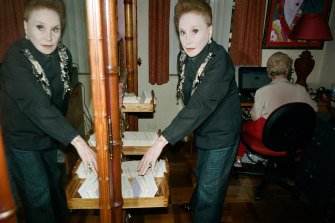 Through those decades, Adams, a reliable drawcard for a paper that was often struggling, is a dominant force: wily, brazen, pugnacious, unapologetic. By the final episode, she’s in her 90s and still going strong, barking “Yeah” down the phone when it invariably rings.

Yet Adams isn’t the sole focus here. This account of the rise of the gossip columnists – including the Post’s Page Six and Liz Smith at the Daily News – is entwined with Rupert Murdoch’s trajectory in the US. Establishing a foothold with the Post, he imposed a new approach to the tabloid’s editorial and subsequently set up the Fox TV network. For both enterprises, gossip became a key asset. “We believe that you get eyeballs with classic Shakespearean themes,” says former Fox TV host Maury Povich. “Love, lust, conflict, money, death.”

Also featured prominently are Donald Trump and Harvey Weinstein, people who understood how to manipulate this flow of information to their advantage. And they’re not alone: Paris Hilton emerges as masterful in her ability to generate juicy copy and photo opportunities, as does her onetime assistant, Kim Kardashian. There’s a long list of favoured targets spanning the decades, from Monica Lewinsky to Lindsay Lohan and Britney Spears.

The series then turns its attention to the way in which the landscape altered with the arrival of the internet and bloggers, such as Perez Hilton, and websites like TMZ.

The illuminating documentary series takes us behind the scenes, exposing the whirlpool of modern media. 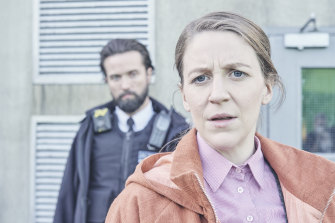 Gemma Whelan in British crime-thriller The Tower, which is based on the debut novel by former police detective Kate London.Credit:Britbox

Based on Post Mortem, the debut novel by former police detective Kate London, this crime thriller is a British police procedural in the mould of Line of Duty. Adapted by Patrick Harbinson (Homeland, 24, Wire in the Blood), the three-part drama opens with a double fatality as a teenager from a family of Libyan migrants and a long-time police officer fall to their deaths from the top of an apartment tower block. When DSI Sarah Collins (Gemma Whelan) from the special-investigations unit arrives at the scene, she finds a young police constable, Lizzie Adama (Tahirah Sharif), on the roof with a young boy, and Lizzie’s spiky commander, DI Kieran Shaw (Emmett J. Scanlan), attempting to shield his officer from questioning.

The local police are hostile to Collins’ investigation, while Shaw appears secretive and resentful. Whether he’s protecting his people or deliberately concealing information remains to be seen. Directed by Jim Loach (son of Ken), the series opens out to depict a neighbourhood dispute and a composed and capable investigator determined to unravel the truth about the tragedy.

The Girl From Oslo 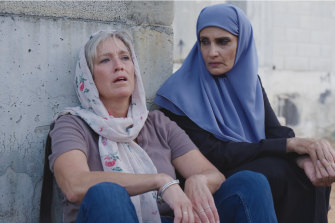 A scene from the gripping Norwegian-Israeli thriller The Girl From Oslo.Credit:Netflix

This gripping Norwegian-Israeli political thriller begins with an abduction. ISIS fighters kidnap a Norwegian tourist and an Israeli brother and sister holidaying on the Sinai Peninsula, hold them hostage and make prisoner-exchange demands. The tense drama presents a tangled web of characters with differing priorities: desperate parents, an Israeli government official, a Hamas leader. The plot gets a bit creaky as it works to maintain its momentum, but the suspense is absorbing over 10 episodes and the desert setting is striking and spectacular.

Describing himself as a “journalist, restaurant critic and English literature graduate”, Giles Coren declares that he finds Jane Austen over-rated, her concerns petty and childish. While rereading her six novels, he talks to a range of enthusiasts about her work and its impact. Among them are novelist Joanna Trollope, who argues that Austen “understood that the great themes of fiction, forever, were going to be romantic love, money and class”, and comedian David Baddiel, who proposes that the pastor’s daughter “invented the romantic comedy”. It’s an upbeat and informative study. 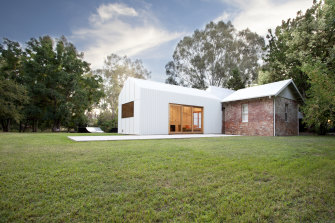 Cortes Kiln, a building situated on a walnut farm in Victoria’s Ovens Valley, is featured in an episode of Small Spaces.Credit:Shelter

A streaming service devoted to films about architecture and design, Shelter produced this local series comprising short episodes – under 15 minutes – and focusing on innovative approaches to compact constructions. It opens with Cortes Kiln, a building situated on a walnut farm in Victoria’s Ovens Valley and incorporating an old tobacco kiln. Inspired by Scandinavian design and featuring “calm timbers” and airy space, the place radiates tranquillity. In the second episode, Larnook, in Victoria’s Dandenong Ranges, is a converted shipping container and “hygge” – a Danish word for a mood of coziness and comfort – is a guiding philosophy.

The Trouble With Maggie Cole 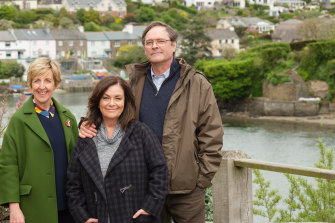 Dawn French (centre) is in her element in British comedy The Trouble with Maggie Cole. Credit:Britbox

Dawn French is in her element as Maggie, a busybody, compulsive meddler and event organiser whose ego and loose tongue land her in trouble. Chuffed to appear on a local radio show and lubricated by several gin-and-tonics supplied by the canny journalist (John MacMillan), she unloads the town gossip, offending virtually everyone except her devoted husband (Mark Heap). The now-hostile community is scattered through the pretty fictional waterside enclave of Thurlbury (Noss Mayo in South Devon), where series’ creator Mark Brotherhood neatly sets the scene for the troubles to come.