In the exclusive pics obtained by Page Six, the happy couple packed on the PDA at the pool just hours before they got engaged on Friday.

Sheng, 41, is seen flashing a big smile in one of the shots, and leaning over to kiss his soon-to-be fiancée in another.

He was photographed wearing a palm print speedo that showcased his fit physique, while Stodden, 26, also left little to the imagination. 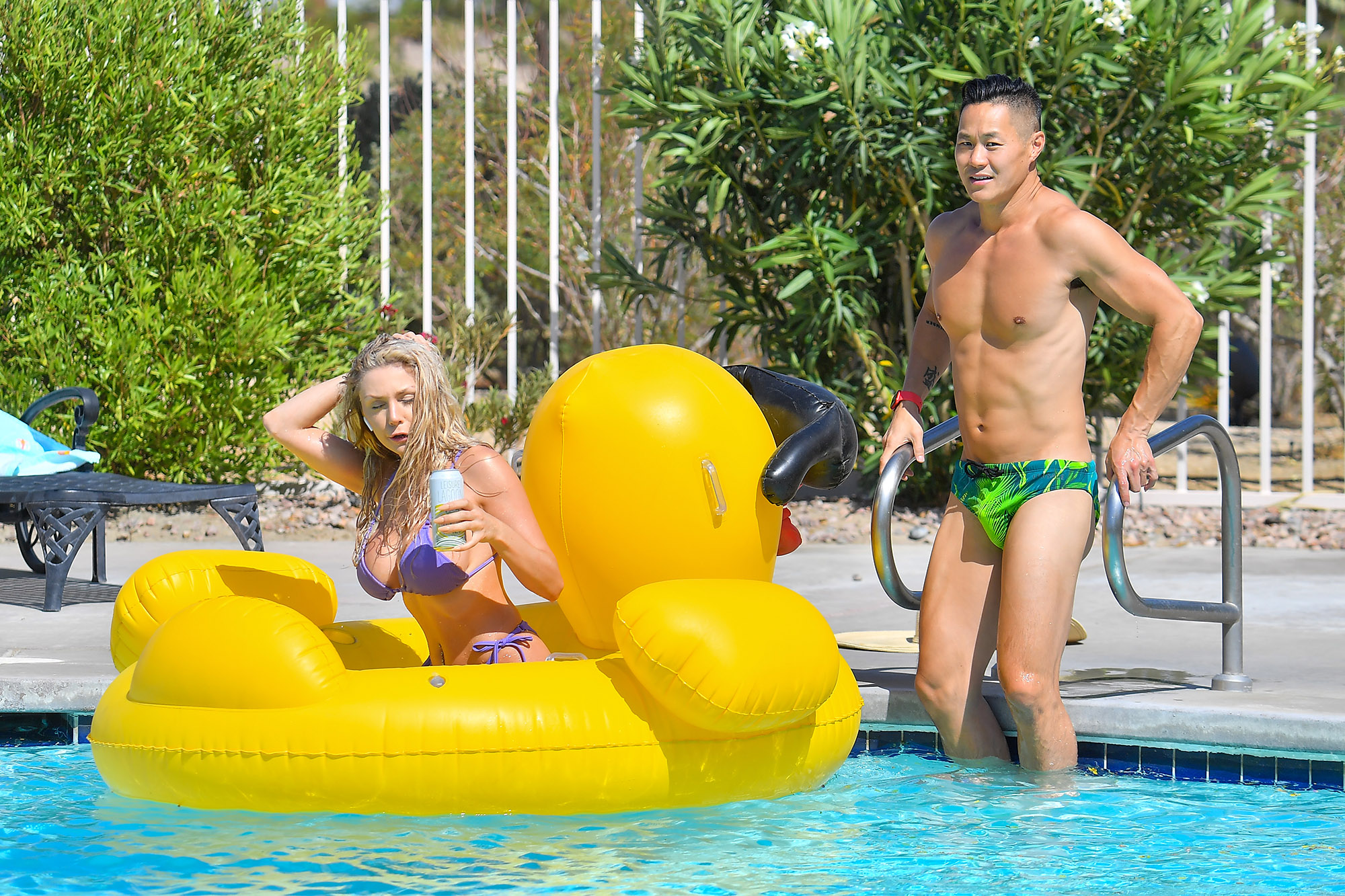 The model, who is non-binary and uses they/them pronouns, opted for a small lilac bikini that flaunted their curves. They paired the barely-there swimsuit with strappy, tan heels, but took them off to go for a dip and lounge on a giant rubber duck pool floatie.

Stodden and Sheng appeared smitten with one another that day, and the reality star did not seem to know what would await them just a few hours later. 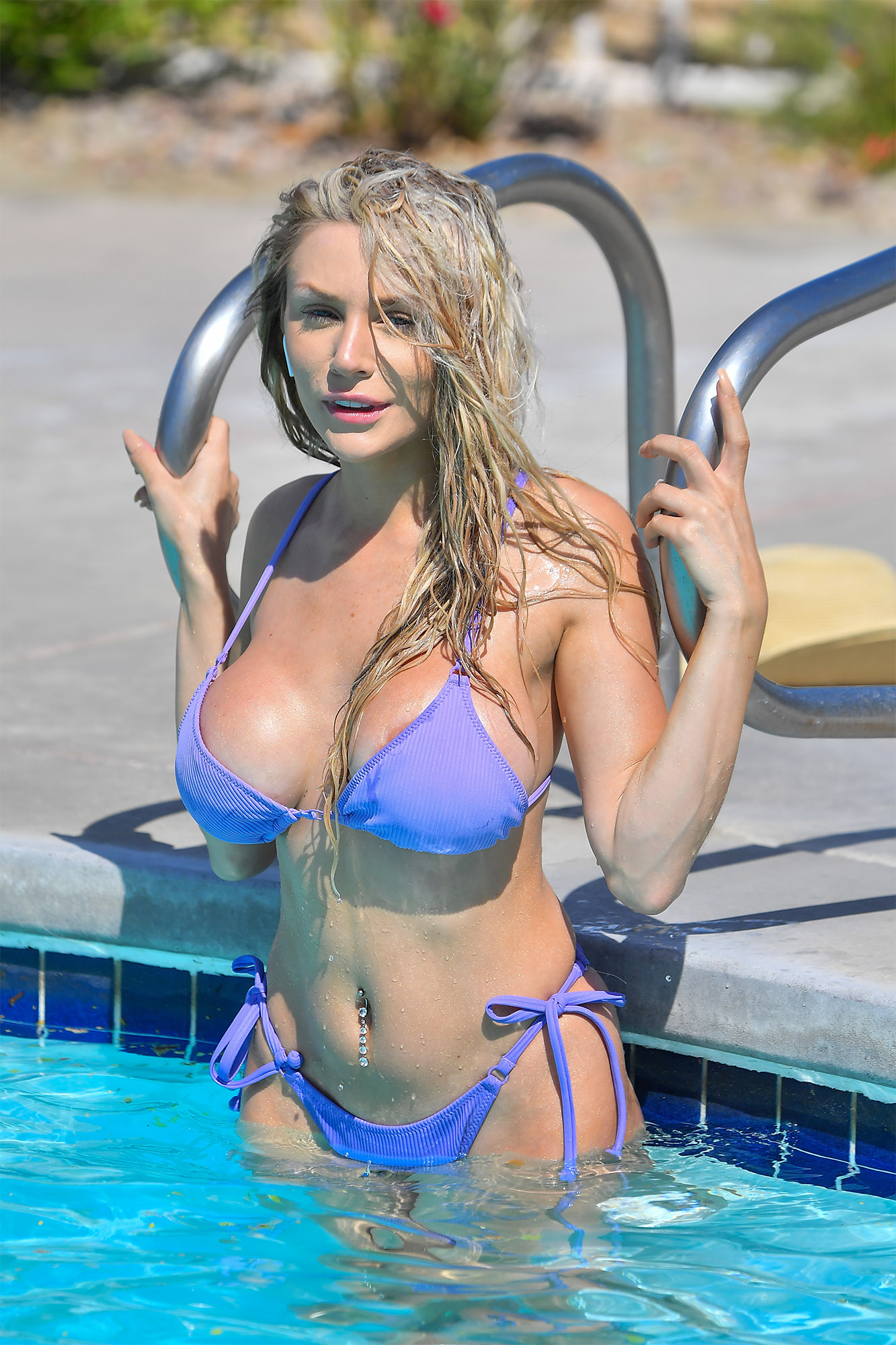 In one of the shots, their left hand is noticeably missing the giant sparkler that now covers it.

On Sunday — after the proposal — they gushed to fans of their big rock, “The ring made me gag it’s so beautiful.” 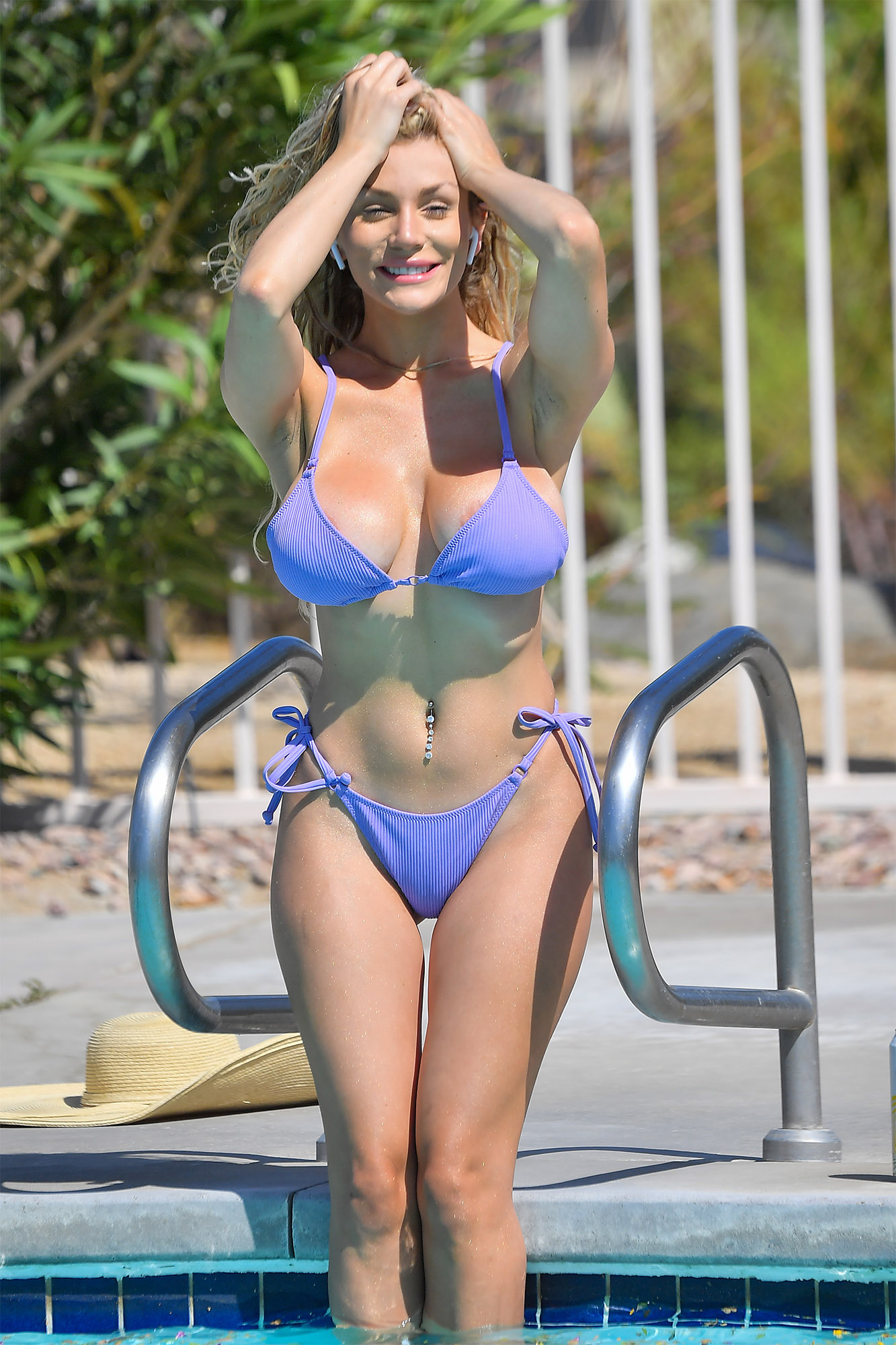 The TV personality was likely caught off guard when Sheng popped the question, since the entrepreneur shared on Instagram that the engagement was “not how I planned but the moment was right.”

He added, “On Friday, May 28 I proposed to the love of my life and they said Yes. I feel so blessed and fortunate.” 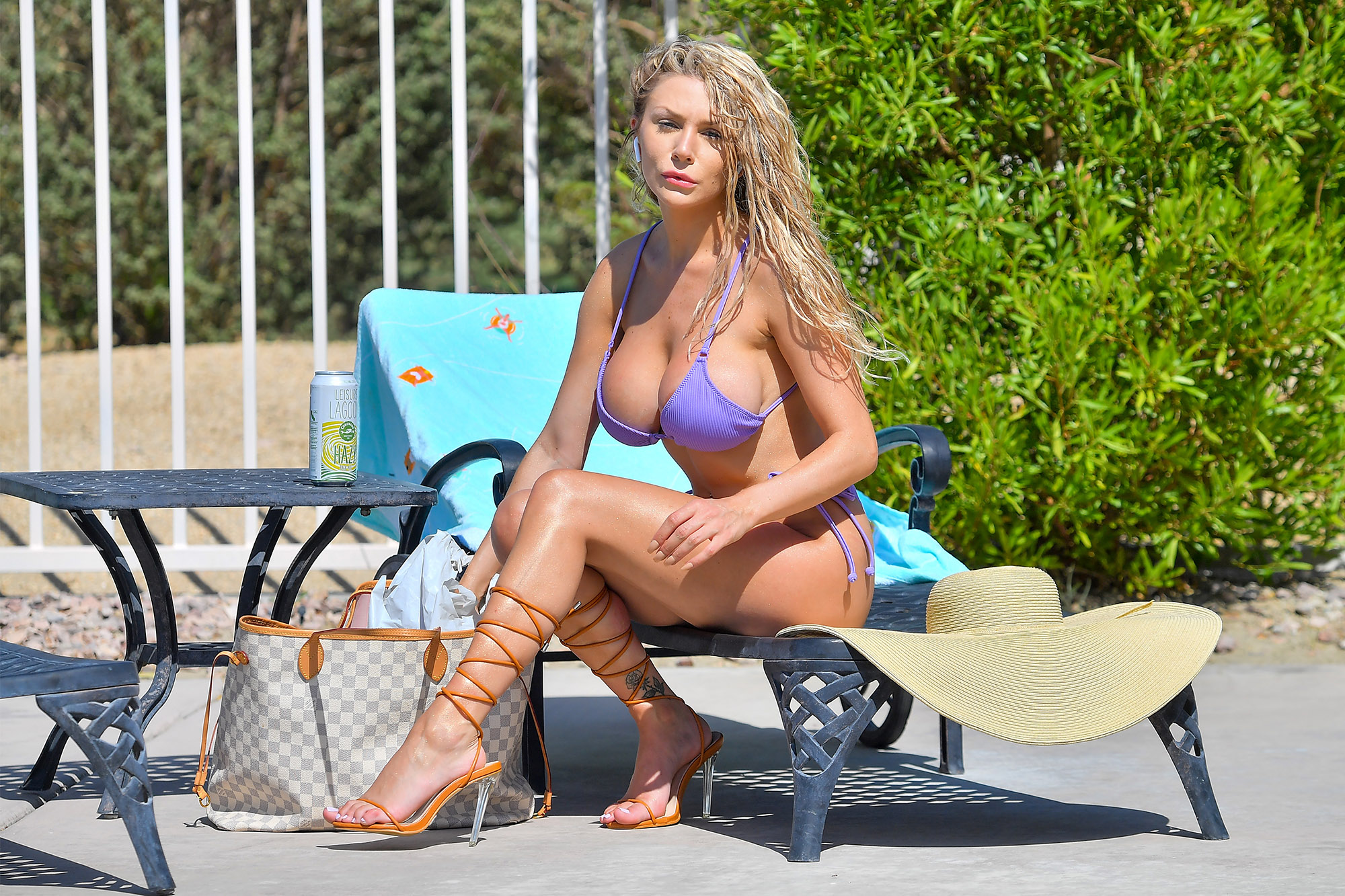 Sheng and Stodden have been dating for four years.

The “Reality Ex-Wives” star previously got married at age 16 in 2011 to then-51-year-old Doug Hutchison. In March 2020, Stodden announced they had finalized their divorce to the “The X-Files” actor.

They said following their divorce, “I need time to heal and hopefully I can learn how to love again fully.”