Honda has announced it will be the first automaker to mass-produce Level 3 autonomous cars, starting next year.

The company said a version of the Honda Legend luxury sedan with ‘newly approved automated driving equipment’ would be available before the end of March 2021.

There are six levels of autonomous vehicles – Level 3 cars have environmental awareness capable of, say, passing a slow-moving car.

But Honda’s system will require a human driver to be alert enough to take the wheel at a moment’s notice. 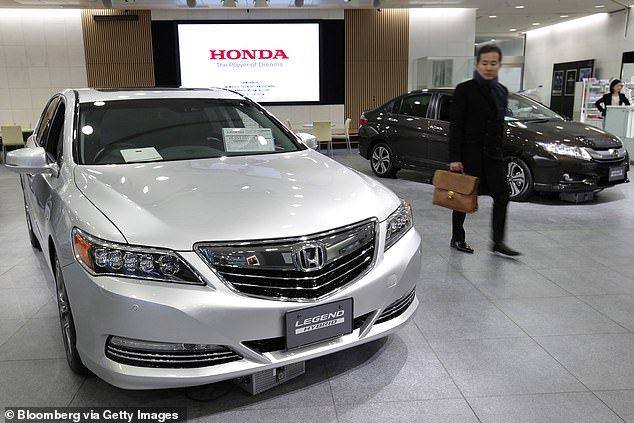 A sticker indicating it is an self-driving car will need to be affixed on the back of the vehicle.

‘Self driving cars are expected to play a big role in helping reduce traffic accidents, provide transportation for the elderly and improve logistics,’ said Japan’s Ministry of Land, Infrastructure, Transport and Tourism.

Without a change in regulation, the car likely will not be available in the US, where ;very vehicle ‘requires the full attention of the driver at all times for safe operation,’ according the Department of Transportation. 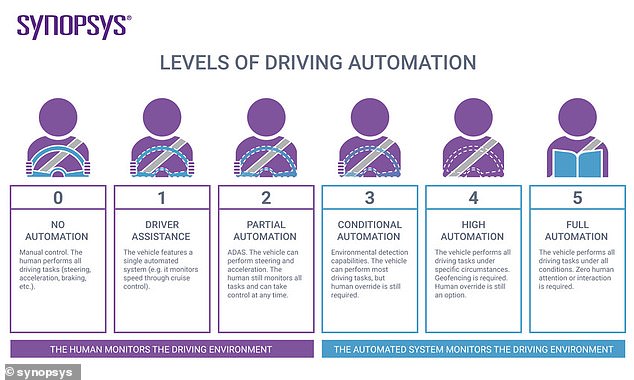 There are six levels of autonomous vehicles – Level 3 cars have environmental awareness capable of, say, passing a slow-moving car. But Honda’s system will require a human driver to be alert enough to take the wheel at a moment’s notice

There are six levels of vehicle autonomy – from Level 0, complete human control, to Level 5, total autonomous control without the need for an alert human driver.

Currently, the Tesla Autopilot and Cadillac Super Cruise systems both qualify as Level 2 vehicles, meaning they can independently control both acceleration and steering, but a driver must be able to take control at any time.

The Honda Legend would be the first commercial Level 3 autonomous car. 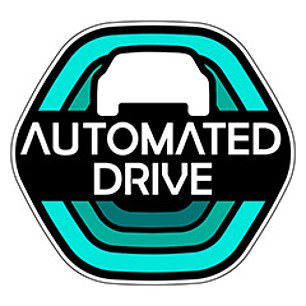 The 2019 Audi A8L was designed as a Level 3 vehicle but, facing regulatory issues, the company decided to market it as a Level 2.

Other companies, including Alphabet’s Waymo, claim to have surpassed Level 3, but don’t sell the cars to consumers, according to Futurism.

Level 4 vehicles are more autonomous, and do not require human intervention in most situations.

But under current legislation, they’re limited in where they’re allowed to drive and are aimed at ridesharing companies.

Level 5 cars won’t even have steering wheels or brake pedals, and will be able to travel anywhere with no restrictions. 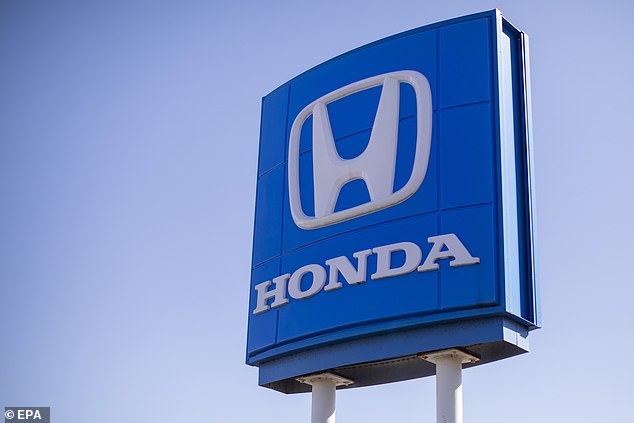 Though none are available to the public yet, in July Tesla said it was ‘very close’ to achieving Level 5 autonomous driving.

In January, Honda displayed a Level 5 concept car at the Consumer Electronic Showcase in Las Vegas

Unlike versions other versions from GM and Mercedes Benz, the model still had a steering wheel.

‘We still feel that driving is fun,’ Honda spokesperson Marcus Frommer told DroneLife. ‘But maybe not while you are sitting in traffic. Our Level 5 with assisted driving as an option gives drives the option of using the steering wheel or allowing the car to drive itself’

WHAT ARE THE SIX LEVELS OF SELF-DRIVING AUTOMATION?

Level Zero – The full-time performance by the human driver of all aspects of the dynamic driving task, even when enhanced by warning or intervention systems.

Level One – A small amount of control is accomplished by the system such as adaptive braking if a car gets too close.

Level Two – The system can control the speed and direction of the car allowing the driver to take their hands off temporarily, but they have to monitor the road at all times and be ready to take over.

Level Three – The driver does not have to monitor the system at all times in some specific cases like on high ways but must be ready to resume control if the system requests.

Level Four – The system can cope will all situations automatically within defined use but it may not be able to cope will all weather or road conditions. System will rely on high definition mapping.

Level Five – Full automation. System can cope with all weather, traffic and lighting conditions. It can go anywhere, at any time in any conditions.

Tesla’s Model 3 Sedan – one of the world’s most advanced road-legal cars with autonomous elements – currently operates at Level Two autonomy. It is equipped for Level Three autonomy, which may be introduced in a future software update