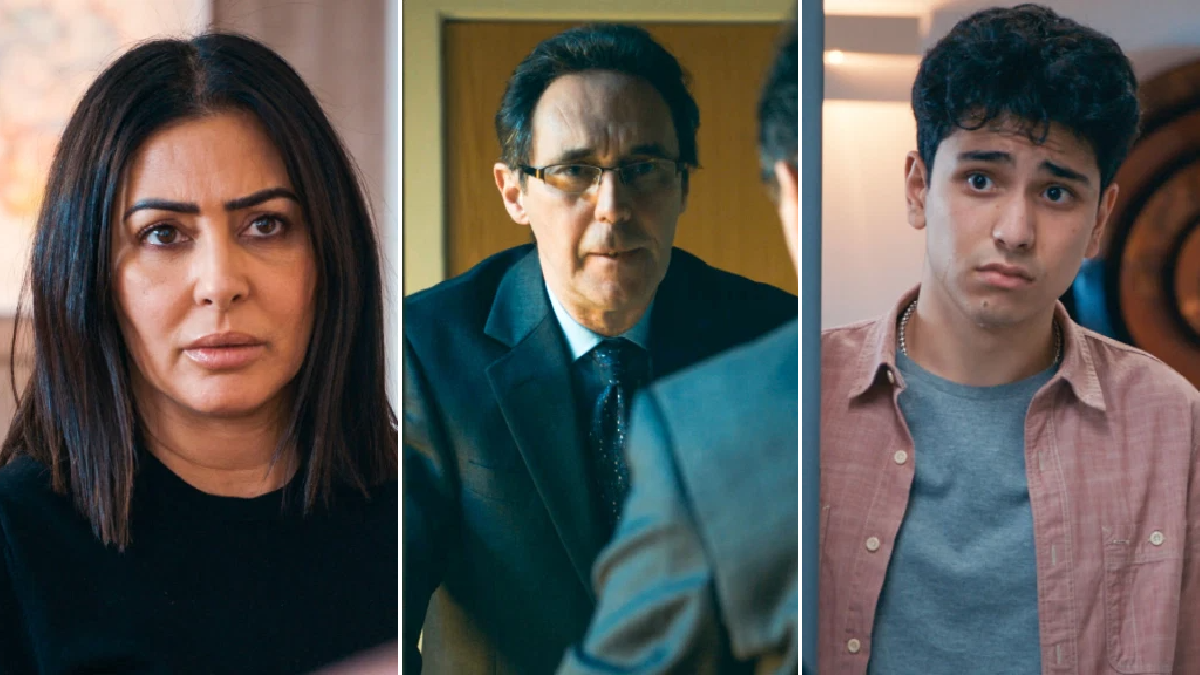 There’s suspicion following the death of Reyhan Shah (Raad Rawi) in last week’s Holby City. Chloe (Amy Lennox) immediately spots that Reyhan shows signs of having been killed rather than dying of natural causes. She and Kian (Ramin Karimloo) go to Acting CEO Fletch (Alex Walkinshaw) with their concerns and say there’ll have to be a post mortem.

If it was foul play, there are three possible suspects. Was it Henrik Hanssen (Guy Henry), the man whose life was ruined by Reyhan Shah’s abuse of him as a child? He was about to take Reyhan to court, but we’ve seen the emotional distress he’s been under and the way that Reyhan has taken every opportunity to undermine his story and his confidence.

Last week we discovered that Sahira (Laila Rouass)’s son Abs (Ali Hadj-Heshmati) had also been abused by his grandfather Reyhan. This revelation could have been enough to tip Hanssen over the edge. Or was it Sahira, finally forced to realise that her father is a monster, and knowing she had to protect her children from him? Or could it have been Abs himself, horrified by the situation he found himself in?

It’s all a lot for Fletch to deal with, but that’s not all he’s got on his plate. There’s also the mystery of why Sacha (Bob Barrett) and Ange (Dawn Steele) happened to be operating on Dominic (David Ames) in the middle of the night under very questionable circumstances.

As Fletch investigates, he’s angry to find that people he trusted are lying to him. Will he get to the bottom of what happened, and what will the consequences be for Sacha and Ange?

And as Dominic wakes from the anaesthetic, he’s cautiously optimistic that he’s got his life back. When there’s an emergency his instincts s a doctor kick in – but at what personal cost to Dominic himself?

Lucky Simpson (Vineeta Rishi)’s interest in Kian is definitely getting more personal. Will this be a hindrance or a help when it comes to his plan to keep Andrei (Sonny Poon Tip), the man who was smuggling drugs in his stomach, away from social services and the drugs gang he was working for by having him live in Kian’s house?

Donna (Jaye Jacobs) is determined to press her case for the nurses to get more money and better conditions and she brings her union rep in for a meeting with Fletch and director of finance Jeni Sinclaire (Debra Stephenson).

Perhaps she didn’t pick the best day for it, given all the other things Fletch has on his plate. It’s not easy being the CEO of Britain’s most dramatic hospital.

Sue Haasler is the author of five novels and the official BBC Holby City book, which you can read about here.