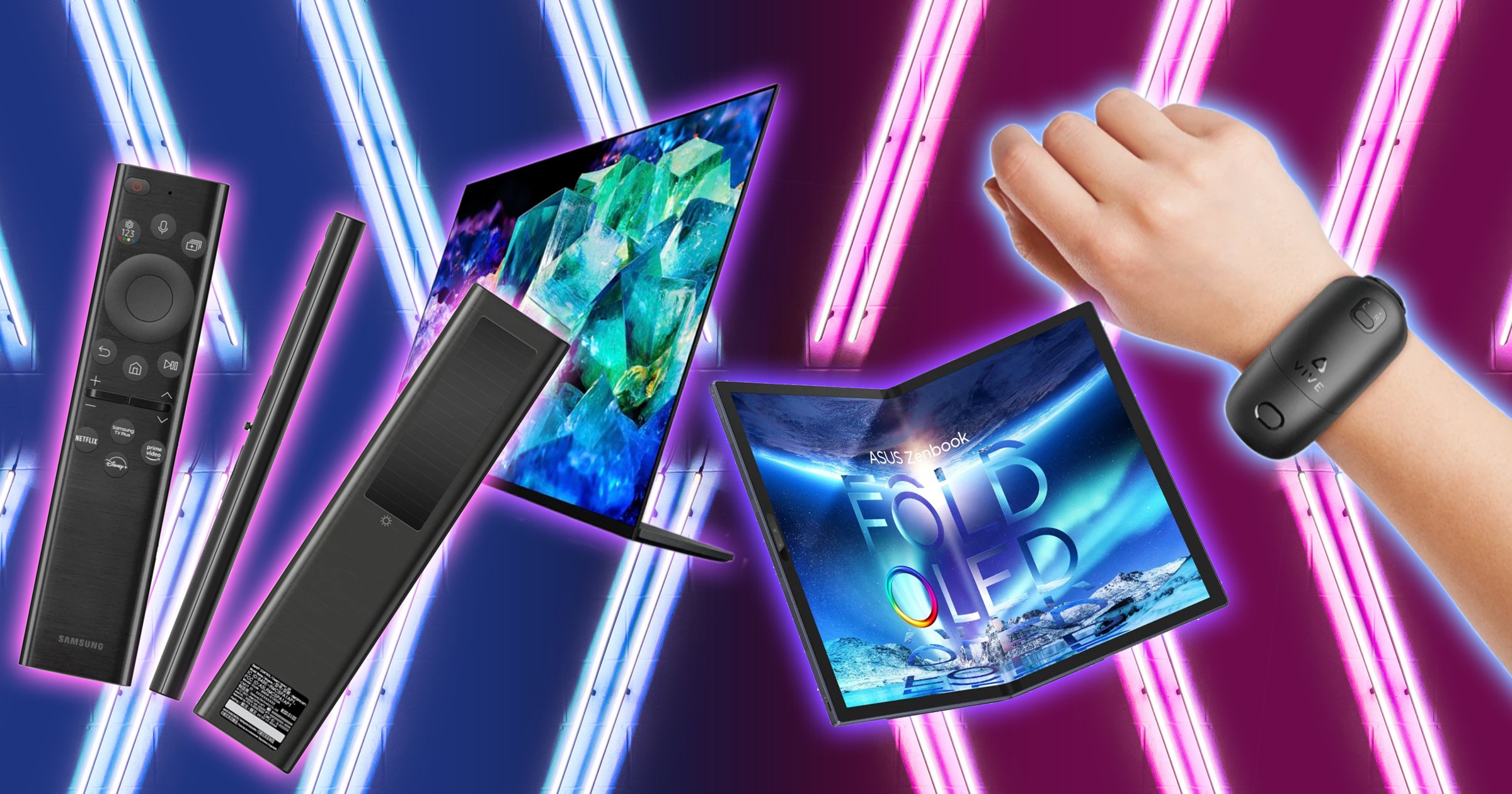 The Consumer Electronics Show, is back for 2022 with the latest mind-boggling tech.

So we went to Las Vegas to find out what all the fuss is about.

From the brightest TVs to self-filling baths, here are the weirdest and most wonderful gadgets we’ll soon all be desperate for.

Sony’s setting the bar pretty high with the next big innovation in television — the Master Series A95K, one of the first consumer QD-OLED TVs.

Designed to combine the best traits of OLED (perfect blacks and infinite contrast) with the higher brightness levels and vibrancy of quantum dot LED TVs, Sony’s 4K telly can display the full colour spectrum, even in the brightest scenes, complete with wider viewing angles.

Normal laptops look dull next to Asus’s full-screen foldable OLED laptop. Laid flat, the ZenBook Fold looks like a 17in tablet. Bend it upright and it transforms into a laptop, complete with a Bluetooth keyboard and touchpad.

No stranger to shape-shifting devices, Samsung showcased its Flex G concept, which folds inwards from either side to protect the display, while LG’s 27in touch screen TV can be wheeled around on a stand or detached — and once on its stand, the display can tilt or rotate.

As well as announcing more TVs than you can shake a streaming stick at, including an 89in Micro LED TV and a major refresh to its flagship, The Frame, that will come with an integrated NFT Platform app, Samsung also unveiled the Eco Remote.

This happens to be the first clicker that can be charged wirelessly by harvesting router radio waves, ditching the need for batteries in the process. Should something happen to your router, solar charging provides an excellent back-up option.

Taking on a completely different guise to conventional VR face furniture, the lightweight, steampunk-inspired Megane XVR specs from Panasonic-owned Shiftall have been created with the metaverse in mind.

With the help of HTC Vive’s wrist tracker, the company’s Focus 3 standalone VR headset can provide more accurate tracking from the fingertips to the elbow, even when its sensors can’t see the tracker.

It can calculate your movement when you move your hand behind your head (when swinging a tennis racket, for instance) using embedded infrared LEDs and momentum sensors.

LG wants you to watch telly wherever you are with its unconventional battery-powered StandbyMe TV. It’s a 27in touch-screen TV that you can wheel around on a stand or detach and plonk on your lap.

When attached to its stand, the display can swivel, tilt or rotate to portrait orientation, and it runs for up to three hours on a single charge. So no Harry Potter marathons, I’m afraid.

Sony teased us with details of its next-gen PSVR2 headset for the PS5. It will support 4K HDR visuals, a wider field of view, eye-tracking, head-vibrating force feedback and foveated rendering (a digital imaging technique) for a more realistic experience.

L’Oréal wants to make the at-home hair-dyeing experience more convenient with its Colorsonic device, an affordable alternative to the salon.

Taking on the guise of a hair straightener, the top half has a nozzle with bristles, with a cartridge containing a ‘precise mix of developer and formula’ on the lower half. It works by dispensing the correct amount of hair colour, with the bristles oscillating more than 300 times a minute.

Samsung revealed a few new additions to its C-Lab Outside start-up acceleration programme, including an AI-based biometric recognition app called Petnow for your pet pooch. It’s a new way to identify dogs based on their individual nose patterns, which happen to be as unique as a fingerprint.

It gives owners the opportunity to fill in a pet profile for future identification purposes, while avoiding chip implant surgery or costly vet fees.

As far as weird tech you didn’t know you needed goes, Ible’s Airvida E1 and portable air purifier, which doubles as a pair of noise-cancelling headphones, ranks pretty high on the kooky scale.

It may sound bizarre but what with more of us becoming more conscious of the quality of the air we breathe, we quite like the sound of being able to cleanse the air while strutting along to our favourite tunes.

Barking commands at your smartphone or smart speaker has become standard but asking Alexa or Google Assistant to run you a bath via voice command has got to be a first.

That’s the idea behind Kohler’s Perfect Fill tub, which consists of a drain kit and digital valve that work together to draw the bath to your preferred temperature and depth. So no more flood-related panics or scalding your skin when jumping in.

Of all the things that have been given a smart makeover, perfume is the last thing we would expect to get the connected treatment — but NINU has launched the world’s first AI-powered perfume.

With the ability to hold three cartridges, it lets users generate their own perfume or choose from a set of scents with the help of an app and virtual assistant.