Home » Lifestyle » Heart disease: The amount of coffee you should drink to lower your heart failure risk

Heart disease is the name given to a blockage in the heart’s blood supply that’s caused by a build-up of fatty substances. But drinking coffee could lower your risk of developing heart disease in later life, it’s been revealed.

Heart failure is caused by the heart struggling to pump blood around the body.

It’s usually a result of the heart becoming too weak or stiff, according to the NHS.

You could lower your chances of developing heart failure in later life by regularly drinking coffee, scientists have revealed. 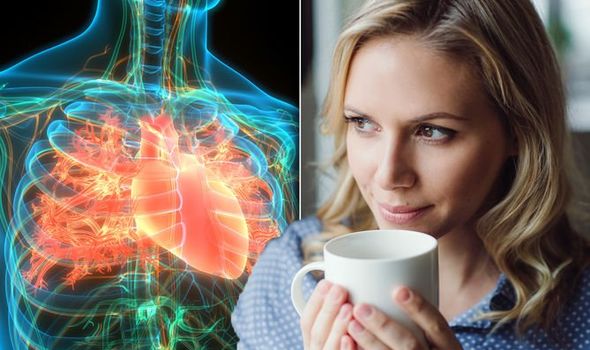 Drinking at least one or more cups of caffeinated coffee every day could protect against long-term heart failure, according to the American Heart Association.

Some scientists have even claimed that having two cups of coffee each day could lower your risk of heart failure by up to 30 percent.

If you decide to add more coffee to your diet, you should aim to drink regular black coffee.

Specialist coffees – including lattes and cappuccinos – may be high in calories with added sugars.

Dr Penny Kris-Etherton from The Pennsylvania State University said: “While unable to prove causality, it is intriguing that three studies suggest that drinking coffee is associated with a decreased risk of heart failure and that coffee can be part of a healthy dietary pattern if consumed plain, without added sugar and high-fat dairy products such as cream.

“The bottom line: enjoy coffee in moderation as part of an overall heart-healthy dietary pattern that meets recommendations for fruits and vegetables, whole grains, low-fat/non-fat dairy products, and that also is low in sodium, saturated fat and added sugars.

“Also, it is important to be mindful that caffeine is a stimulant and consuming too much may be problematic – causing jitteriness and sleep problems.” 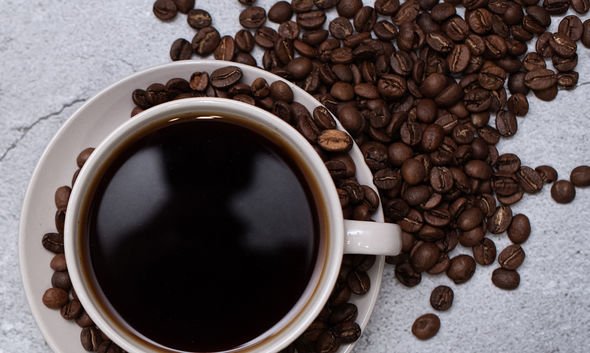 Coffee has a number of health benefits, scientists have revealed.

It could help you to lose weight, improve your energy levels, and even lower your risk of diabetes.

Regularly adding coffee to your diet could also protect against dementia and Parkinson’s disease.

But you should avoid drinking large quantities of coffee over a short period of time.

Meanwhile, heart failure symptoms may include feeling out of breath for no obvious reason, feeling exhausted all of the time, and having swollen ankles or legs.

Some patients also develop a persistent cough, a very fast heart rate, and even dizziness.

You should speak to a doctor if you think you may have heart failure, urged the NHS.

Call 999 and ask for an ambulance if you develop symptoms very quickly, or if you’re struggling to breathe.