Do you like scary movies? Well, of course! Especially when the movies are grade-A entertaining thrill-fests like Scream back in 1996. But let’s (ghost)face it: The three ensuing sequels disappointed viewers to various degrees, with the mess that was Scream 3 as the franchise’s grimacing low point.

‘Scream 5’: Everything to Know About the Latest Ghostface Movie

Now comes the fifth installment and the first since 2011. Also titled Scream, it features the holy trinity of Neve Campbell, Courteney Cox and David Arquette plus a few other alums. The mass bloodletting once again takes place within the leafy suburb of Woodsboro. 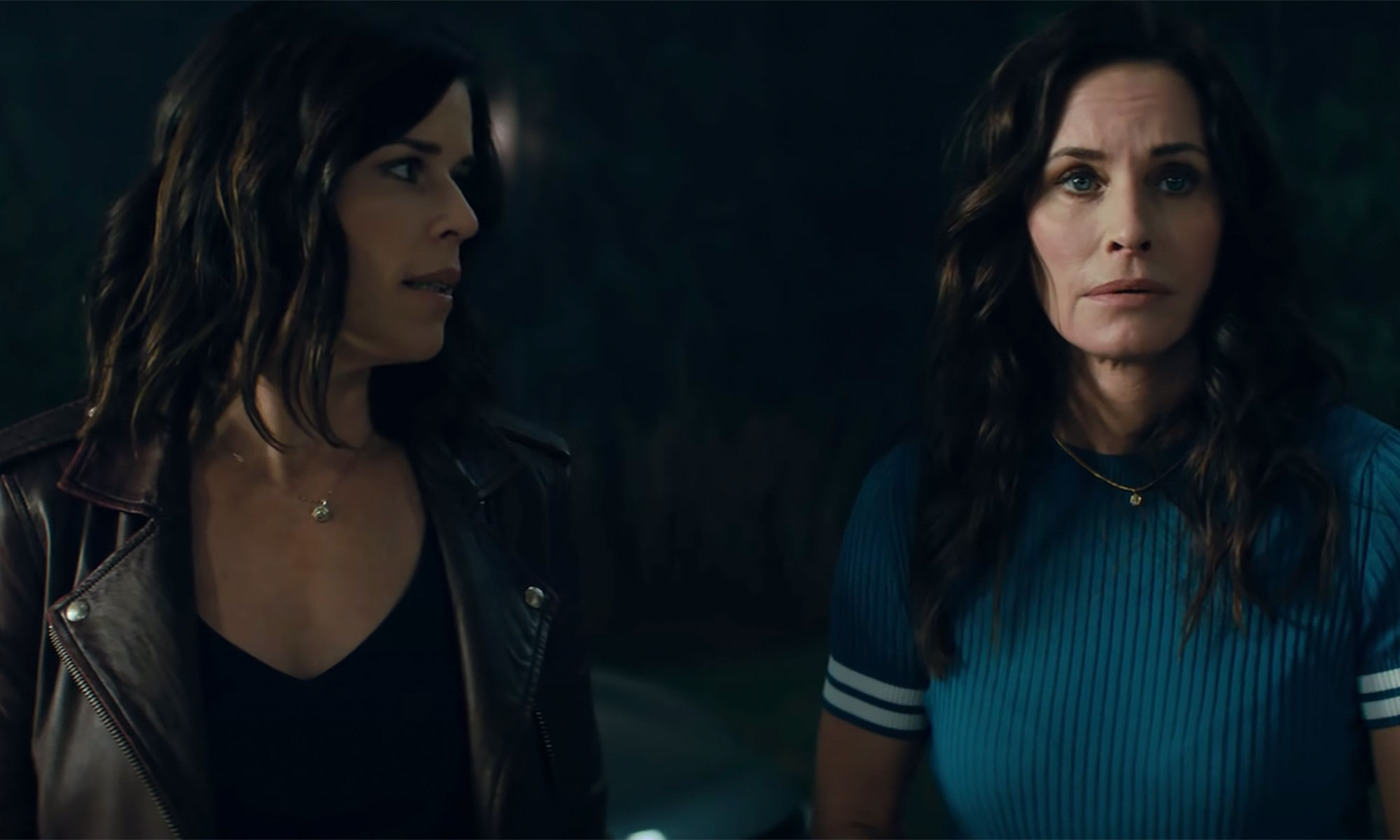 Everyone gets to take a witty jab at our pop culture, so raise a glass — and a knife — to the new filmmakers who valiantly try to capture the original’s self-parodying magic. The problem is that when you go to the funhouse enough times, you begin to see the cracks in the hall of mirrors.

Remember your terrified gasp as Drew Barrymore was slashed to death in her backyard at the top of the first film? That’s one of the greatest opening set pieces ever because nobody saw it coming. Now we expect a Scream movie to kick off with an urgent ring of a phone and that sinister voice on the other side. The poor person answering the call for this go-round is a teen named Tara (Jenna Ortega). She’s home alone. And, uh-oh, she’s not a fan of the Stab saga — the movie’s faux franchise based on the frights from Scream. That will not bode well in the latest round of Ghostface’s game of horror trivia.

Horror Movie Stars: Where Are They Now?

Time in the Scream world has at least moved with the real world. When we check in with the high school students of Woodsboro (played by Dylan Minnette, Mikey Madison, Sonia Ben Ammar, Jasmin Savoy Brown and Mason Gooding), they’re fully up to speed on communication technology and the horror genre. Substance-free scary movies that add zero commentary on our societal mores are more dated than VCR tapes, while “elevated horror” like It Follows, Hereditary and the Jordan Peele oeuvre are all that matters.

So why would a new killer terrorize the town? Does it have something do with the secret past of Tara’s estranged older sister, Sam (Melissa Barrera)? Could be, but the more likely explanation is the “re-quel” factor. 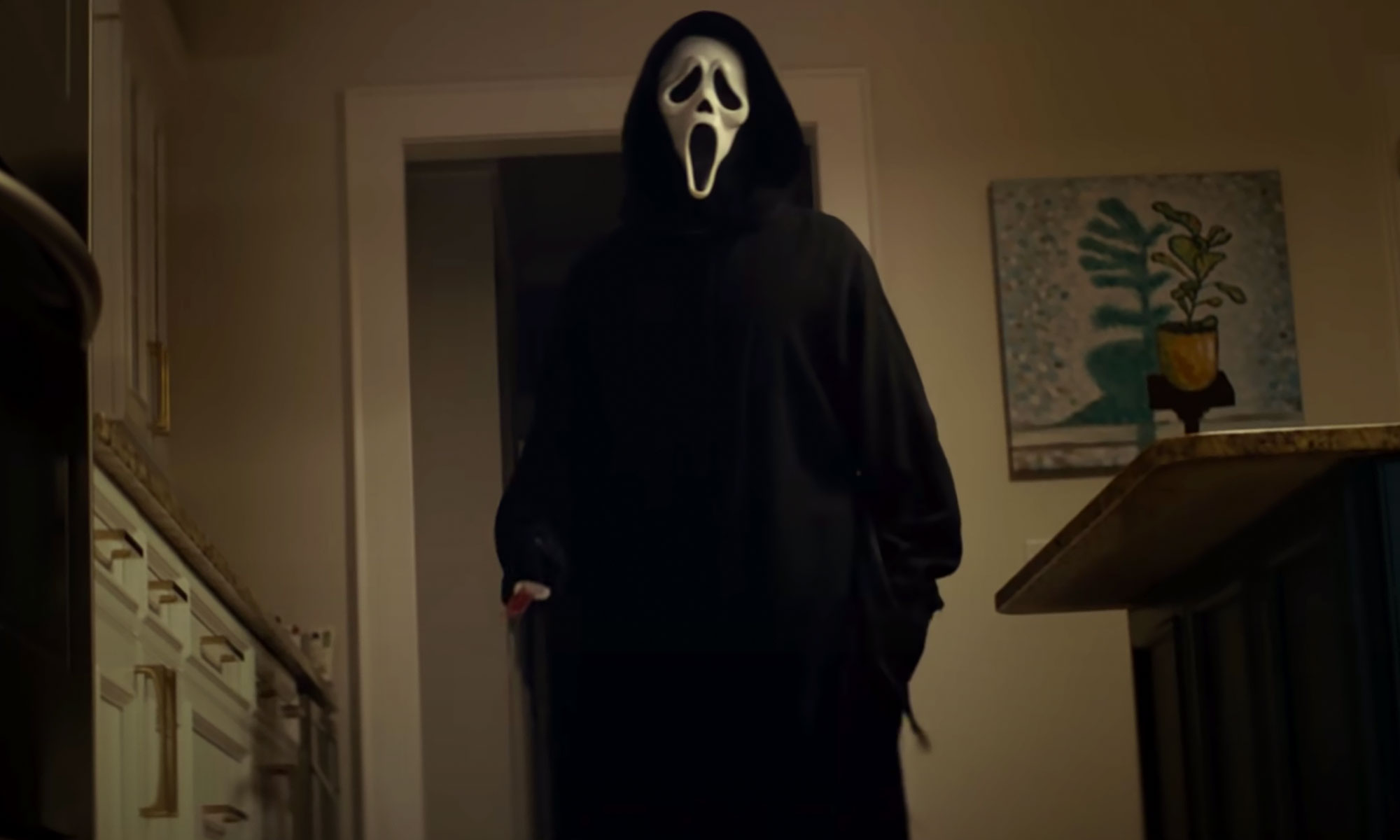 In a stand-out scene, Brown’s know-it-all character Mindy pulls a Randy Meeks and explains to her friends that die-hard fans of beloved franchises (wink-wink) won’t tolerate sloppy seconds (wink-wink) filled entirely with a cast of fresh blood (wink-wink) and well-worn set-ups (wink-wink). She has receipts too, in the name of Ghostbusters and Halloween. Per the new rules, a legacy link is crucial! And all the suspects — including Sam’s boyfriend (Jack Quaid) — have a loose connection to history.

Soon, OG survivors Sidney Prescott (Campbell), news anchor Gale Weathers (Cox) and former sheriff Dewey Riley (Arquette) are all pulled back into the drama. Considering they haven’t played these characters in more than a decade, the actors all slip in with ease — with exes Cox and Arquette still showing their deep bond for each other. Arquette, never as quick with the rapid-fire delivery as former costars Jamie Kennedy or Matthew Lillard, also provides the line of the movie while grousing about an emotional wound cutting deep.

Horror Movies You Didn’t Know Were Based on True Stories

That’s one of the more refreshing laughs in a film stuffed with self-referential dialogue that quickly goes from amusing to annoying to we get it already. Scream, in fact, is so obsessed with its meta-ness — a trait that seemed unique in the day — that it loses its capacity to be consistently and genuinely funny. Put it this way: it’s surprising that Sidney doesn’t start the film watching the Friends reunion.

The edge-of-your-seat scares are mostly lost in the process as well. The bodies pile up as always, and some deaths are more elaborate than the norm. (Note: Never stay overnight in a hospital that goes dark and empty after hours). However, now it’s a shock if a character descends into a basement solo and Ghostface doesn’t suddenly appear to slice and dice. Without the sheer thrill element, we’re just left to guess which purported red herring is really under the mask. It’s not who you think … or is it!!!!

Look. Amid a bleaker-than-bleak January, Scream is tailor-made for escapist bliss. There is indeed something comforting about familiarity. I’m just not convinced a slasher franchise that turned the genre on its head is supposed to feel like a warm blanket. Sure, we’ve all laughed aloud and covered our eyes along this impressive 25-year journey. Now it’s time to finally scream loud and clear: Please, please, please don’t be right back.