Home » Lifestyle » Harry was attracted to Meghan because she was ‘maternal’ not ‘girlish’, expert claims

Meghan Markle and Prince Harry have been in the UK over the past three days. Meghan has attended a theatre and a school, and tonight will be out at the Mountbatten Festival of Music. Express.co.uk sat down with body language expert Judi James, who looked at the couple.

The expert has claimed Prince Harry was attracted to the actress for her maturity and her “maternal” gestures, which set her apart from the traditional royal bride.

Meghan was 34 when she met the prince, an unconventionally older bride.

Kate Middleton was just 18 when she met William, and was 29 when she married.

The Queen married Prince Phillip when she was 21, after meeting him at 13. 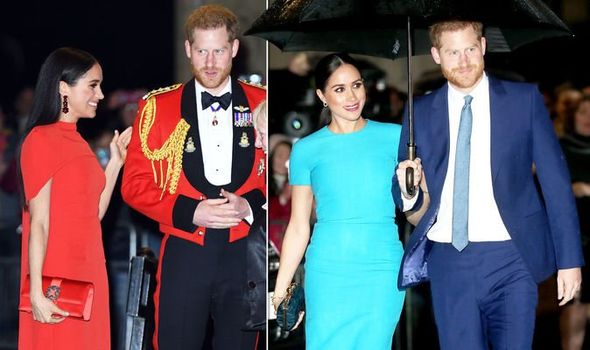 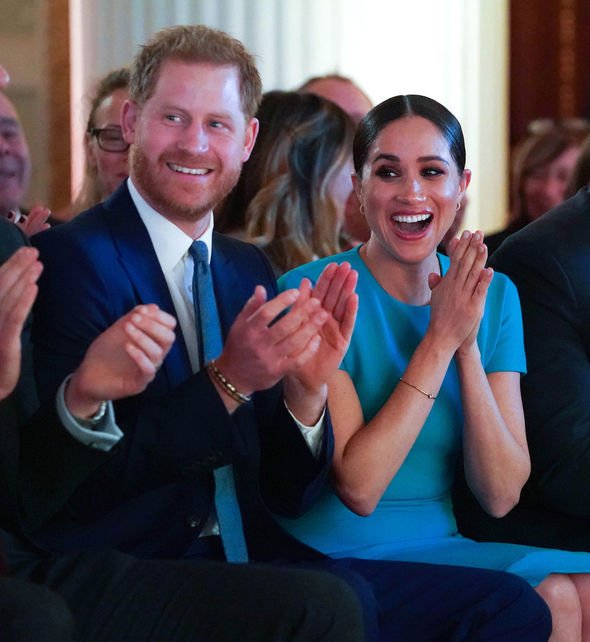 Judi told Express.co.uk: “Looking at the subtler symptoms it was interesting. Because she was coming to the Royal Family we’d always had this tradition of the simpering royal brides who would come in being very passive, very girlish.

“The underlying signals here showed a complete reversal of that.”

Judi pointed to the loss of Harry’s mother Princess Diana in 1997 as a potential drive behind his love for strong and determined Meghan.

“I think that’s possibly one of the things that appealed to Harry, growing up without a mother figure around,” Judi said.

“He’s said how much that has impacted on his mental health and suddenly there is a woman that would be happy, confident, take control and provide a lot of semi-maternal gestures with him.”

The expert points to Meghan’s habit of touching the prince, and said: “She would rub his arm in reassurance gestures.”

“I have to say, people have seen it as a negative that she appeared to be in control,” Judi adds.

“I see it as a positive because it was much more of a natural looking relationship.”

As a working actress, with a lead role on legal cable drama Suits, Meghan has been working in entertainment for almost a decade when she met Harry.

Judi claimed “the fact she was an adult, she’d been married, she’d had a fabulous career, the way she was able to talk to the camera confidently” all helped Meghan embody the kind of woman Harry wanted to marry. 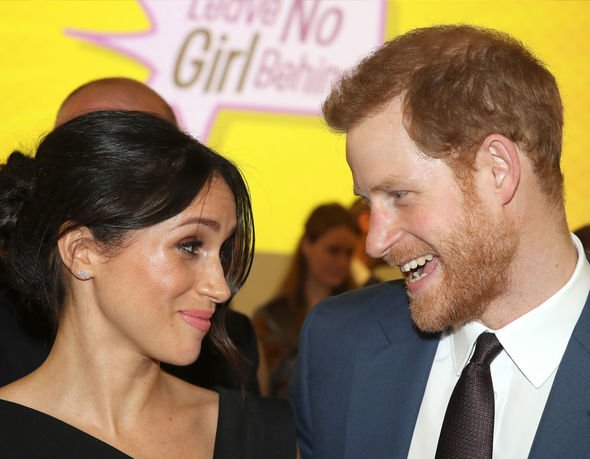 The Duchess’s experience with the press could help to sooth the nerves Harry has admitted to feeling when it come to facing the press.

Judi said: “He clearly never liked being trotted out in front of the press.

“Even in the engagement photographs, he wasn’t happy to come out and do the press thing.

“I found her strength and confidence and support of him was one of the reasons she was so attractive to him.” 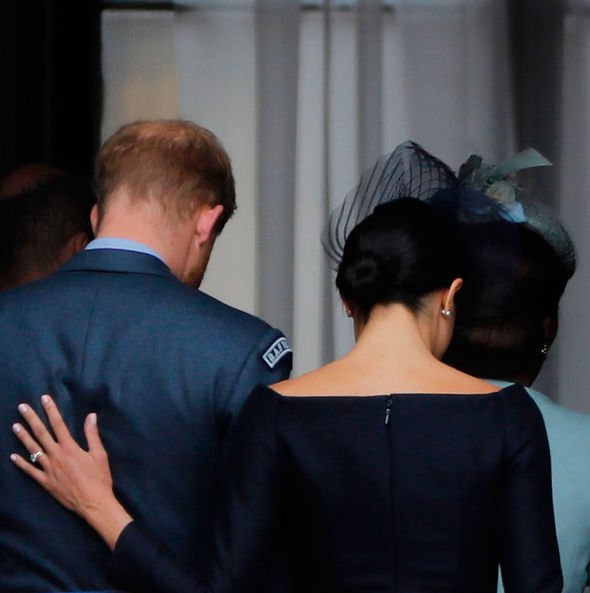 Meghan and Harry stunned on Thursday as they attended the Endeavour Awards. The LA-native wore a turquoise dress and Harry a suit as they charmed the public, sharing an umbrella in the London rain.

It was the first time the couple have carried out a joint public royal duty since they announced their split from the Royal Family in January.

Body language expert Adrianna Carter told This Morning viewers that last night was the first time that Meghan was comfortable enough to show her real personality, she explained: “In the past, we’ve just seen the actress and it’s been very hard to warm to the actress.”

She said: “I think we will see a surge of change from the public point of view towards her, she’s genuine, seems real, and shares genuine smiles.

“Both of their body language is very open, [it shows] they’re very relaxed,” she added.