Home » Lifestyle » Hannah Rothschild and the downside of keeping busy

The great mystery of Hannah Rothschild, it seems to me, is how does she ever find time to write? She is a 57-year-old divorced mother of three who holds several important jobs. She is a non-executive director of RIT, her father Jacob Rothschild's capital investment trust, and also chair of Yad Hanadiv, the great Rothschild charitable foundation in Israel. 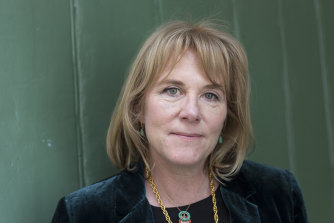 Hannah Rothschild would like to spend more time writing.Credit:David Levenson

Until last (northern) summer she was also chair of trustees of the National Gallery and has now launched a major new art project to light all the bridges across the Thames in London.

And somehow she has found time to write a second novel, House of Trelawney, to follow the success of her first, The Improbability of Love. She says she fits in writing whenever she can. "I try to treat it a bit like a love affair. I mean if you have a lover, you might sneak off for a lunch together or you might go away for a naughty weekend, or you might stay up too late. And also that keeps it fresh."

House of Trelawney is a gripping saga about a once grand, now decaying, family in Cornwall whose house is literally falling down around their ears. But luckily, one of the daughters, Blaze, is a financial whizz who works in the City and ultimately saves the family fortune. Of course, Hannah knows about this world from working for RIT.

Lord Rothschild is just leaving as I arrive.Hannah tells me that she was very nervous about showing him her new novel, because it is set in his world of high finance and she felt she was bound to get something wrong.

When she showed him The Improbability of Love, set in the art world, he was delighted to point out two "dreadful" mistakes – she got the year of Caravaggio's death wrong and misplaced the Late Renaissance by one decade. "But this time he only said sweetly, 'Oh you do know more than I thought you did', and he chose it as his book of the decade, which really was high praise." Perhaps, at 83, he is mellowing.

There's one character in her new novel, Aunt Tuffy, who is obviously based on a real Rothschild, the wonderful Miriam who was a world expert on fleas. But otherwise, Hannah says, "I think my family is quite different from the Trelawneys."

One of the characters in her novel, Uncle Tony, makes the interesting point that men are much simpler than women: "Centuries of absolute power had dulled the male brain, whereas women, forced for so long to cajole and manipulate, had evolved into far more complex and capable beings."

Is that her belief? She gives a Cheshire Cat grin by way of answer, but of course, she believes it – she personifies it. She is subtle in her methods, but she always seems to achieve what she wants.

As a young woman, she says, she crucially lacked confidence. "I didn't really feel that I'd measured up to my family. By academic standards it was tragic! I just didn't know quite where I fitted in." 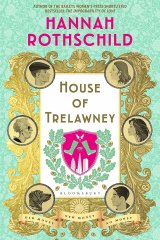 Her father got her a job at an art gallery but that didn't work out, and she only found confidence when she started building her own career as a television producer, independent of any family connections. She made acclaimed documentaries about the artists Frank Auerbach and R.B. Kitaj. But it took a long time – her career didn't really take off until she was in her 40s.

She says of her newest heroine, Blaze, "She had pollarded her emotional life, hacking off the limbs of hope and tenderness one by one." She finds it impossible to fall in love. Hannah says that she was like that for some years after her divorce. "I felt I could just about cope with three children and jobs, but I didn't think I had much capacity for more than that."

But now there is a glimmer of change on the horizon. Her book is dedicated to Yoav who, ''is my partner, my boyfriend, my beau''.

Does she feel she's got the balance of her life right? "No, I'd love to spend more time writing. I'd love to. I want to make the Trelawneys as a trilogy and I've done bits of research for the next book but God knows how long it's going to take. But I often think: if I didn't do my job, all these other things, then what would I write about?"

House of Trelawney is published by Bloomsbury at $29.99.