Home » Lifestyle » ‘Grey’s Anatomy’ Recap: A Man From Meredith’s Past Comes Back Into Her Life

Meredith gets a blast from the past in the ‘Grey’s Anatomy’ season 18 premiere and sparks fly between her and [SPOILER]. Plus, Teddy and Owen get married while Link and Amelia still don’t see eye-to-eye.

Meredith is back where it all started in the Grey’s Anatomy season 18 premiere — in the OR. When she walks into a hospital room, there’s her mother. Once again, Ellis Grey is chastising her daughter, saying she survived the unthinkable and is only doing mediocre surgery. That’s when Meredith wakes up.

Amelia and Link are still arguing over getting married at Scout’s 1-year check-up. Amelia admits she was not a fan of Link’s surprise proposal. It doesn’t look like these two are going to be kissing and making up any time soon. Meanwhile, Hayes asks Bailey over for dinner with his family. With her boys and Ben, of course. He wants his boys to make some friends after the pandemic. Bailey is caught off guard, so Hayes tells her to forget he asked. 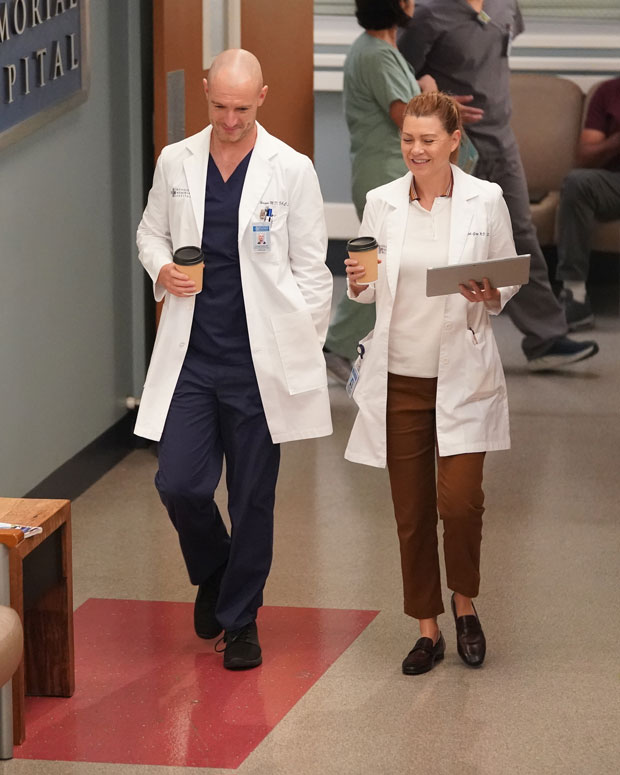 Meredith heads to Minnesota for a meeting with Dr. David Hamilton. Richard immediately thinks she’s going to get a job offer. When Dr. Hamilton meets Meredith, he says she’s the “spitting image” of Ellis. He’s dedicating a research library in Ellis Grey’s name.

Megan and Evelyn Hunt show up for… Teddy and Owen’s wedding! Riggs is apparently overseas. In the midst of the wedding, bikers crash right into the priest! Teddy and Owen rush the priest to the hospital where they work to save him with Megan. Unfortunately, the priest doesn’t make it. Megan also reveals that she and Riggs split up.

Jo is about to come back from maternity leave, and she’s in full mom mode. When Schmitt shows up at Jo’s place and realizes that Jo is struggling. Her hair — newly blonde — is in total disarray and the baby is screaming. Jo happily accepts Schmitt’s help. 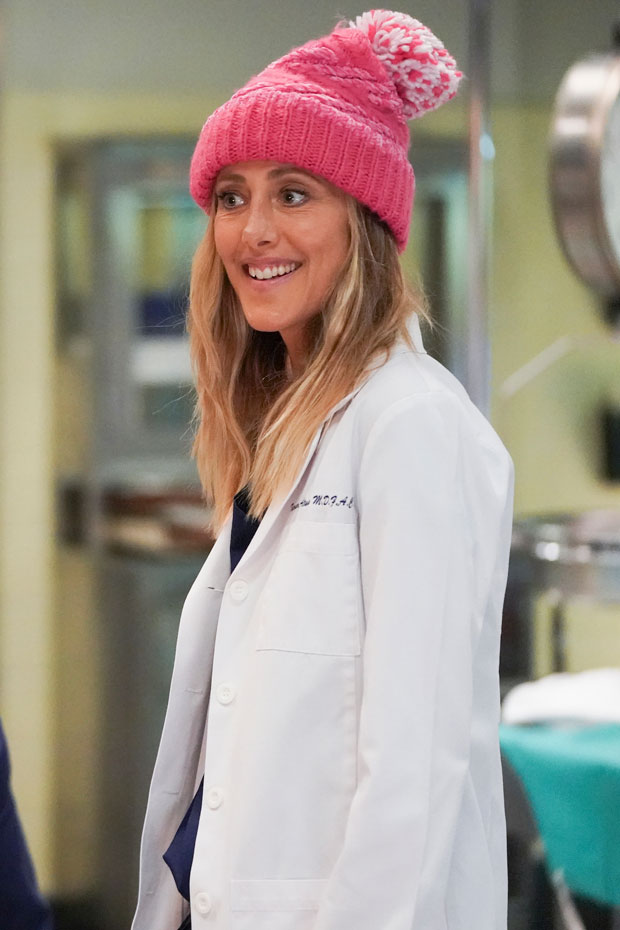 In Minnesota, Hamilton takes Meredith to The Grey Center for Medical Research. This isn’t Ellis’ library. It’s actually a lab for Meredith. Hamilton tells Meredith that this lab is hers if she wants it. Turns out, he’ll be one of her patients. He wants her to help him cure Parkinson’s.

At dinner with Hamilton, Meredith gets a blast from the past. She sees Nick Marsh as he’s walking out. Later, one of the hotel workers tells Meredith to head to the bar. Nick is there waiting for her. She admits that she didn’t think he saw her. He replies that she’s “pretty hard to miss.” Swoon.

Meredith tells Nick that she’s seeing someone. “Is it serious?” he asks. “Nope,” Meredith says. Turns out, she’s lying. She’s not dating anyone. “I’m not sleeping with you,” Meredith says, but it doesn’t seem like she really means it. Nick and Meredith catch up. His niece is in college now. She reveals she had COVID-19 and nearly died. “So you’re a miracle, like me?” he says.

The doctors and nurses come together to give Teddy and Owen another wedding. Megan marries them in front of their closest friends. At the reception, Bailey catches up with Hayes. His son is having panic attacks, and he wants her help. She invites him and his family over for dinner.

Amelia & Link — Over For Good?

Amelia maintains her stance on not wanting to get married. Link tells her that he wants a “lifetime” with her and doesn’t want this to end. Link proposals to Amelia again, and she says no — again. A frustrated and upset Link walks out. He meets up with Jo and they have a talk about Luna and Amelia. Link thinks it’s really over now with Amelia.

Nick walks Meredith to her hotel room, and the chemistry between them is sizzling. She still doesn’t invite him in, but he walks away with a smile on his face. It’s clear things are far from over between them.