The racing brain power from those three training legends oozes from every blood vessel and nerve. 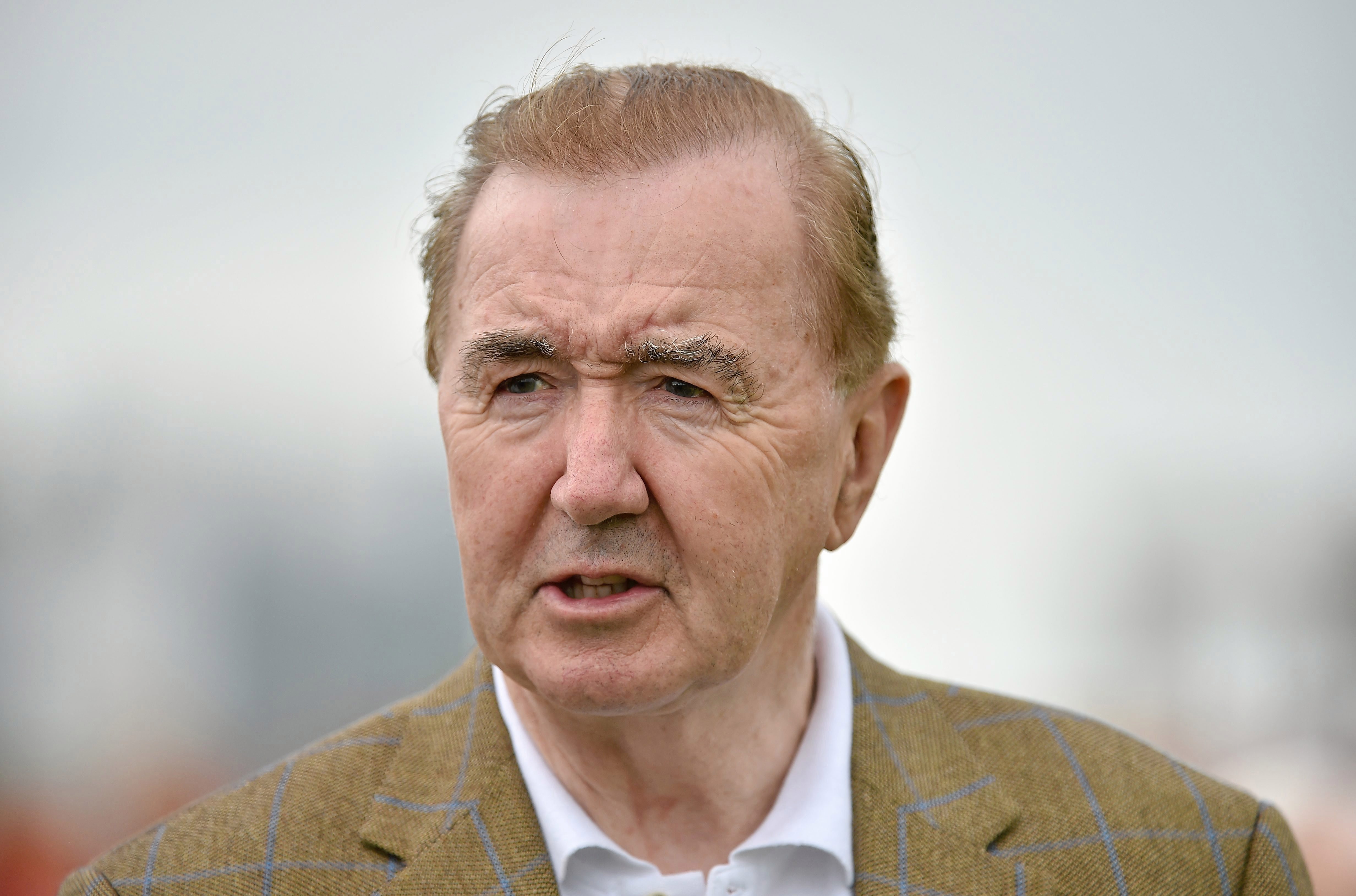 Today, though, Dermot Weld, Aidan O’Brien and Jim Bolger will need more finesse and guile than ever before in what could prove a tactical minefield for the Irish Champion Stakes at Leopardstown.

Group 1 titans St Mark’s Basilica, Tarnawa and Poetic Flare are joined by Patrick Sarsfield in a quartet to line up for the mile and a quarter showpiece live on the main ITV network.

I put it to Weld, one of the greatest of them all, that by running just St Mark’s Basilica it was clear O’Brien wanted as slow a pace as he could get for his speedball.

Succinctly, Weld replied: “Exactly – it’s pretty obvious.” Less clear is what to do about it.

Weld, the master of Rosewell, is an Irish training hero.

He holds the record for the most winners trained in Ireland, has landed two Melbourne Cups, a Belmont Stakes and the Derby.

The problem for her is she seems to want all of a mile and a half and come off a strong pace. So what will Weld and his young champion jockey Colin Keane do in such a tight line-up?

I wanted Weld to tell me he’d tell Keane to send Tarnawa to the front and that she was the best he had trained and could win anything. He didn’t do that. But he had a twinkle in his eye.

“I don’t like to compare generations of horses who have been over different distances,” Weld said.

“Committed was a champion and the top-rated older sprinter in Europe for me in 1984.

“Grey Swallow won an Irish Derby and Harzand at Epsom and the Curragh.

“Tarnawa, though, is exceptional. She’s tough, genuine and brilliant.”

I put it too Weld that if his late, great stable jockey Pat Smullen was still alive he might have loved dictating on Tarnawa in the Irish Champion as he did so many times at Leopardstown.

“Pat was the best from the front at the track – just think of all those wins he got from Famous Name.”

Weld was never going to give the crown jewels up as far as tactics are concerned.

St Mark’s Basilica has looked a monster this term and was awesome in the Eclipse having landed the Dewhurst as a juvenile.

Poetic Flare banged in the 2000 Guineas and St James’s Palace Stakes and might improve for another two furlongs. If he does, he’s bang in the mix.

I’d love the Weld team to send Tarnawa to the front and gamble that she copes.

If she does, they will have to be worldies to go past her.

If they don’t St Mark’s Basilica probably has too much pace. A race to savour.

At Doncaster this afternoon it’s the final Classic of the British Flat season in the Group 1 Cazoo St Leger, and most will feel it will be won by the Irish Derby hero Hurricane Lane. I agree.

It really is hard to fault the Godolphin runner, who has only been beaten once – when third in the Epsom Derby – and who promises to be even better over this extra distance of an extended mile and three-quarters.

Hurricane Lane stayed on powerfully to deny Lone Eagle at the Curragh, and after that looked a super star in the Grand Prix de Paris at Longchamp.

Gale Force, Hurricane Lane’s dam, won over two miles on the level at Goodwood for James Fanshawe so it’s easy to presume he will relish a stamina test.

Of the others, there is no doubt High Definition is the most interesting, while Youth Spirit might well outrun his odds.

High Definition was a running on third behind Hurricane Lane in the Dante, since when he has looked like a slow galloping giraffe for O’Brien.

But he will need to, otherwise Frankie Dettori will be pushing along after a few furlongs.

Youth Spirit will be a big price for Green Team Racing, but the Chester Vase winner is no mug and might be another to enjoy the trip after a third in the Great Voltigeur at York.

The Irish Champion and St Leger take centre stage on an awesome weekend of action which includes Classic hopes and Arc trials in France where the super filly Snowfall is back in the Vermeille.

Questions will be answered everywhere.

And not even Weld, O’Brien and Bolger will have all the answers.

For help with a gambling problem, call the National Gambling Helpline on 0808 8020 133 or go to www.gamstop.co.uk to be excluded from all UK-regulated gambling websites.