Gary Anderson was left seething after seeing off Mensur Suljovic in a controversial clash at the World Darts Championship, threatening to walk away from the sport despite advancing to the last 16 at Alexandra Palace.

‘The Flying Scotsman’ was visibly frustrated by Suljovic’s methodical approach throughout the contest, but he rallied from 3-2 down to progress in a deciding set, reeling off the final six legs without reply.

Anderson squandered nine darts for a two-set buffer and this galvanised the Austrian, who grew in confidence and threatened to inflict Anderson’s earliest World Championship exit for a decade.

The 50-year-old has struggled with a knee injury over recent months and he was subjected to prolonged standing in a marathon tussle that lasted almost 90 minutes, featuring 33 missed darts at double from the Scot.

However, in and amongst an erratic display, the two-time world champion produced his fair share of quality – converting four ton-plus checkouts to complete the comeback, including a stunning 156 combination.

Anderson is no stranger to facing Suljovic on the big stage – the pair locked horns in the 2018 World Matchplay final, in one of the greatest games in darting history.

Nevertheless, the Scot was less than impressed with his opponent’s approach.

“Absolutely dire, absolute joke of a game. Everyone says why do you get cheesed off with darts? That’s one of the reasons,” Anderson told Sky Sports’ Michael Bridge. Suljovic’s play was particularly laboured in the opening half of the match, but as he began to gain the upper-hand midway through proceedings he appeared to pick up the pace, which further antagonised Anderson.

“Did you watch the last set? Or the third set? Was he slow then? No, he was not slow,” continued the 13th seed.

“I nicked it at the end, I don’t know how but if that’s darts I’m offski. If that’s how darts is going and that’s how it gets played now, have fun. I’m off. I’m away for a game of golf or something. I’m not going through that again.”

Anderson also sparked confusion with his comments surrounding the table situation on stage, admitting he ‘lost the plot’ following the opening set. 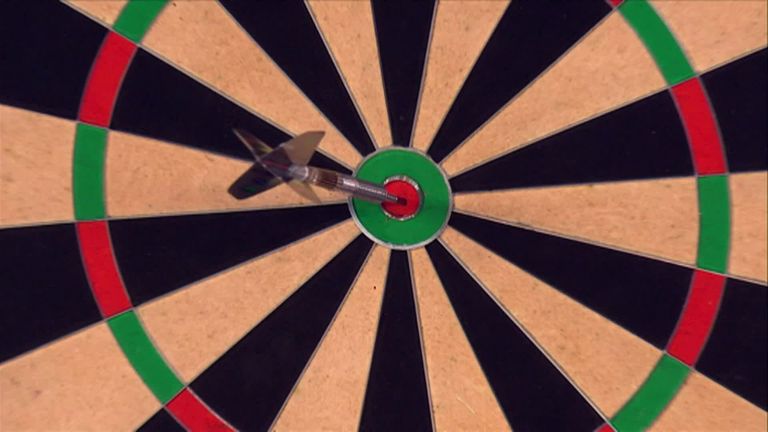 Tuesday at the World Championship

“For a start, we were told what tables we were on and I ended up on the wrong table for the duration of the game,” he added.

“Mensur went to the wrong table. I had to bite the bullet and get on with it as usual. You’re walking past the table you should be at, but you’ve got to cut across because the boy’s standing there.

“The next minute you go across he’s not there. What have you to do? My head was gone after the first set. I’d lost the plot.”

Anderson has been involved in several moments of controversy over recent years – his defeat to Gerwyn Price in the 2018 Grand Slam final remains one of the most infamous tussles in PDC history. 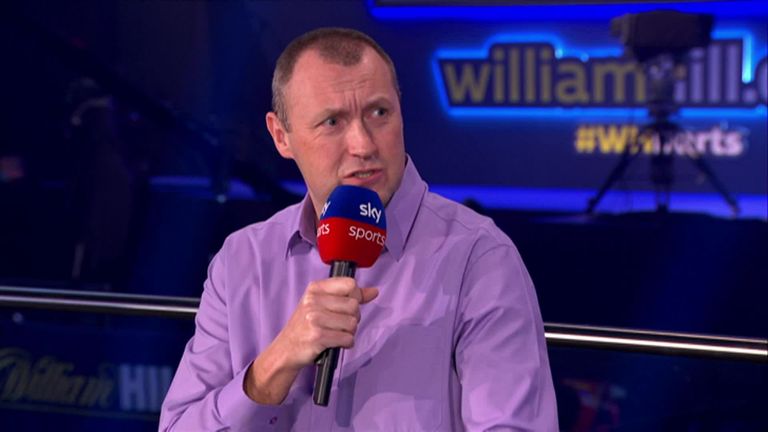 The two-time Premier League winner also hit the headlines during last month’s Grand Slam of Darts, where he highlighted the rise of gamesmanship within the sport.

Following his victory over Suljovic, Anderson once again lamented the ‘dark arts’ of his darting rivals.

“I just want to play darts. I’m sure there are 90 per cent of folk watching at home, they probably turned over and watched Corrie or something – I would have.

“I just want to throw darts and if you get spanked, the boy has been better than you and beaten you. Shake his hand and on you go. But that’s a load of tripe.”

You won’t miss a dart thanks to the dedicated Sky Sports Darts channel all the way until January 4 with every session from the World Darts Championship, including the final on Sunday, January 3. Check out daily Darts news on skysports.com/darts, our app for mobile devices and our Twitter account @skysportsdarts