This terrific trio represent the best of their profession. 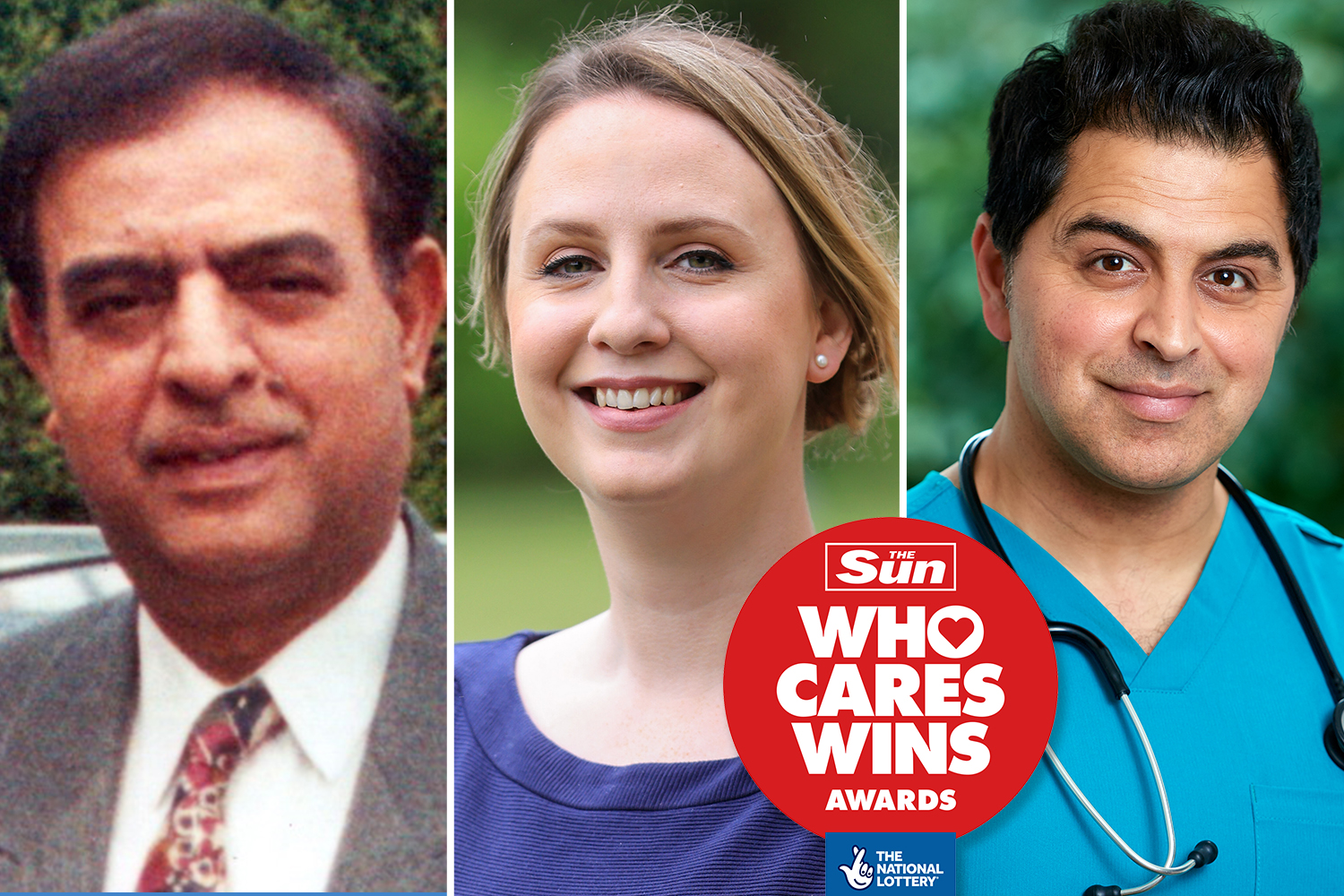 It’s why they’ve made it to the final three in the Best Doctor category for The Sun’s Who Cares Wins Awards.

From a heroic GP who sacrificed his own life to keep his patients healthy during Covid to the Afghan-born emergency specialist who came to the UK as a refugee and a campaigning doctor who fights for her NHS colleagues they are all deserving of recognition.

But only one will receive an award at the glittering ceremony hosted by Davina McCall later this month.

Here we reveal the finalists.

THE Sun was flooded with nominations for Dr Karamat Mirza.

The Who Cares Wins awards honour those who have helped take care of the nation.

Here are the categories:

The 84-year-old was the ninth GP in the country to die from coronavirus in May 2020 – and his former colleagues and friends tell of a “patient and kind man” who always put his patients first.

Paige Kent, 25, a health care assistant at his practice, one of those to put him forward for the Best Doctor award, said: “He was simply the best doctor.

“He wouldn’t turn anyone away who needed an appointment. Despite being in his 80s he never stepped back during the pandemic.”

Dr Mirza's youngest son Shaun, 48, says his dad’s career at the Old Road Medical Practice in Clacton on Sea, Essex, meant everything to him.

He said: “Dad came to England in 1966 from Pakistan. His first medical degree in Pakistan wasn’t universally recognised so he had to take all six years again and did each year in three months.

“When he first joined general practice as a locum, he fell in love though. He loved the place, the practice, and the people, and changed his career pathway to stay as a GP, caring for Clacton people, saying it was the best place in the country.” 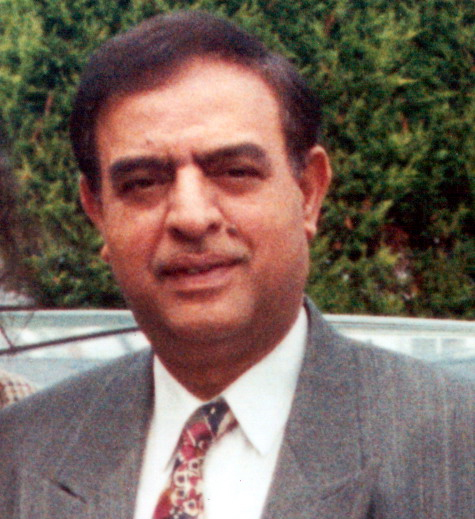 He said: “Our grandad was a doctor in Pakistan. When Dad was young he’d visit patients with him, that was in the 40s and 50s.

“He saw from an early age the difference a caring doctor can make to an outcome and he was exactly that; caring, gentle, kind, diligent and would stop at nothing to make sure his patients got the referrals and help they needed.

“He’d even step outside his remit and help with housing letters and welfare and benefit letters. He wanted to do his bit to make his whole community better, not just healthier.

“He thought nothing of giving patients a lift home if he saw them waiting at the bus stop when he finished surgery. I remember being little and he was always on night visits and house visits making sure his patients had a doctor they trusted rather than a locum they didn’t know.”

When he contracted coronavirus, Dr Mirza became ill quickly. He was still working up until two weeks before his death last May.

Tearful residents of Clacton-on-Sea lined the streets to clap as his funeral cortege passed by.

Mithu said: “Losing him has been devastating for us all.He was so young in his mind and had so many more plans, he was even talking about opening a restaurant.

“His loss has been huge to his family but his patients are all devastated. The practice became a shrine within days. We had poems written, cards, flowers.

The streets of Clacton were lined when his funeral car drove through the town and past the practice he loved. While numbers were extremely limited for his funeral, the outpouring of grief from the wider community has helped with the grieving process.”

VERY few doctors in the UK have managed to train in three extremely competitive specialties – but Dr Samantha Batt-Rawden is not your average medic.

The dedicated mum-of-one juggles works across air ambulance, intensive care and emergency departments, all the while advocating for those inside the NHS.

But the 32-year-old admits the last 18 months have been the hardest in her ten year career. 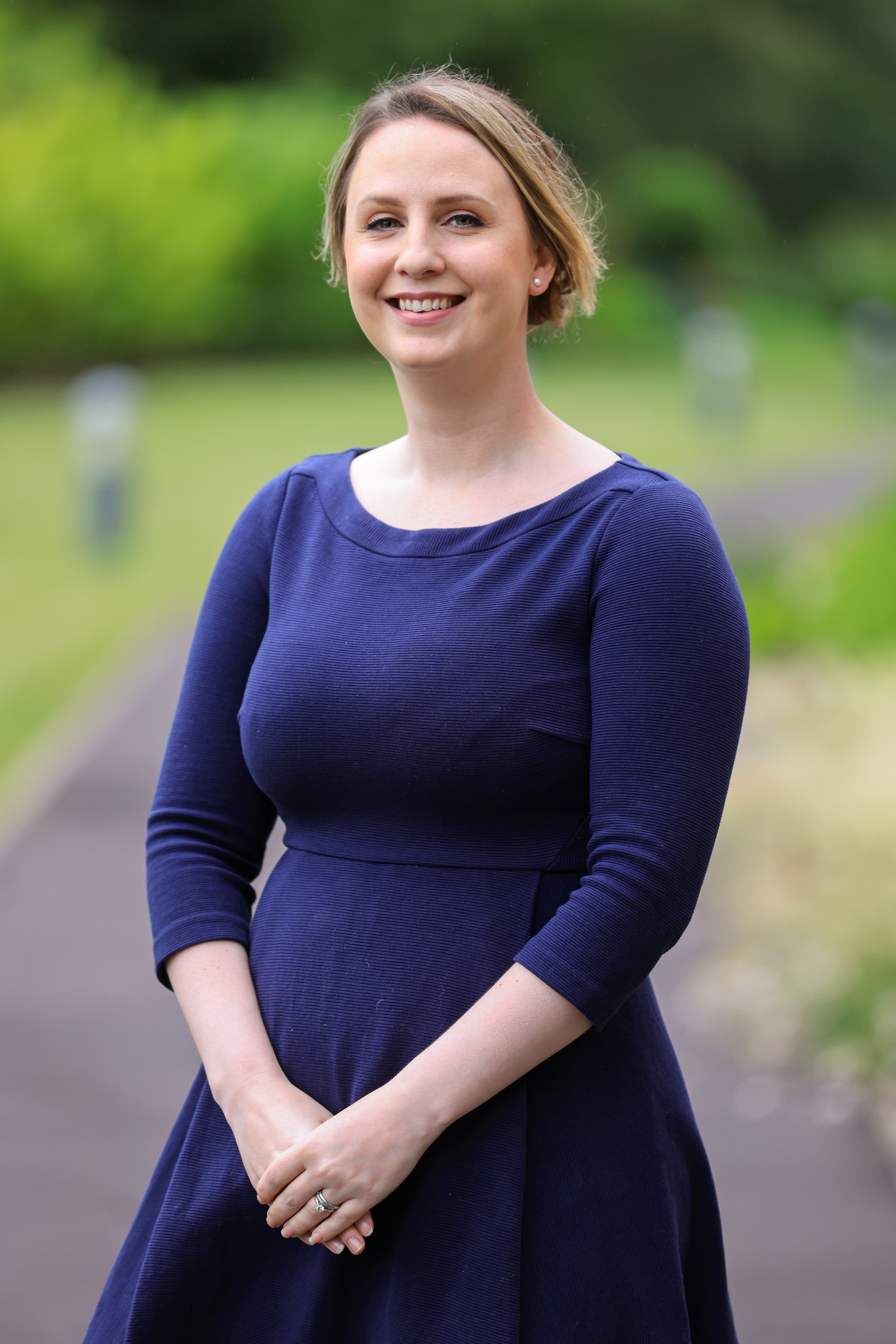 She said: “No doctor in the NHS ever thought we’d spend almost two years fighting a global pandemic.

“It’s been exhausting. Working on the air ambulance, in the emergency department and intensive care are three of the most stretched departments and areas of the NHS but I love them all equally.”

Dr Batt-Rawden decided to pick up her third specialism – in intensive care (ICU) – after her son Joshua, now four, was born at 27 weeks in 2017.

She said: “I’ve always enjoyed the high pressure of A&E and the air ambulance, but when we almost lost our son Joshua when he was born and I spent three months with him in neonatal intensive care, I wondered whether I’d be able to come back to medicine at all.

“I thought being on the other side as a patient might mean I lost my edge as a doctor but it couldn’t have been further from the truth.

“After my maternity leave not only did I start working in ICU, but a few years later I chose to go back and spend time working in paediatric ICU in the hospital Joshua had been treated in, retrieving critically unwell children from across the country by ambulance.

“It meant I could be there for other families at the worst time in their lives.”

Dr Batt-Rawden uses her spare time to advocate for NHS workers. She launched both the NHS Blue Heart campaign and the support group NHS Million which is now followed by over 700,000 supporters.

She has been nominated for the Who Cares Wins Best Doctor award by Dr Pushpo Hossein, who joined the NHS as a junior doctor at the start of the pandemic in January 2020. 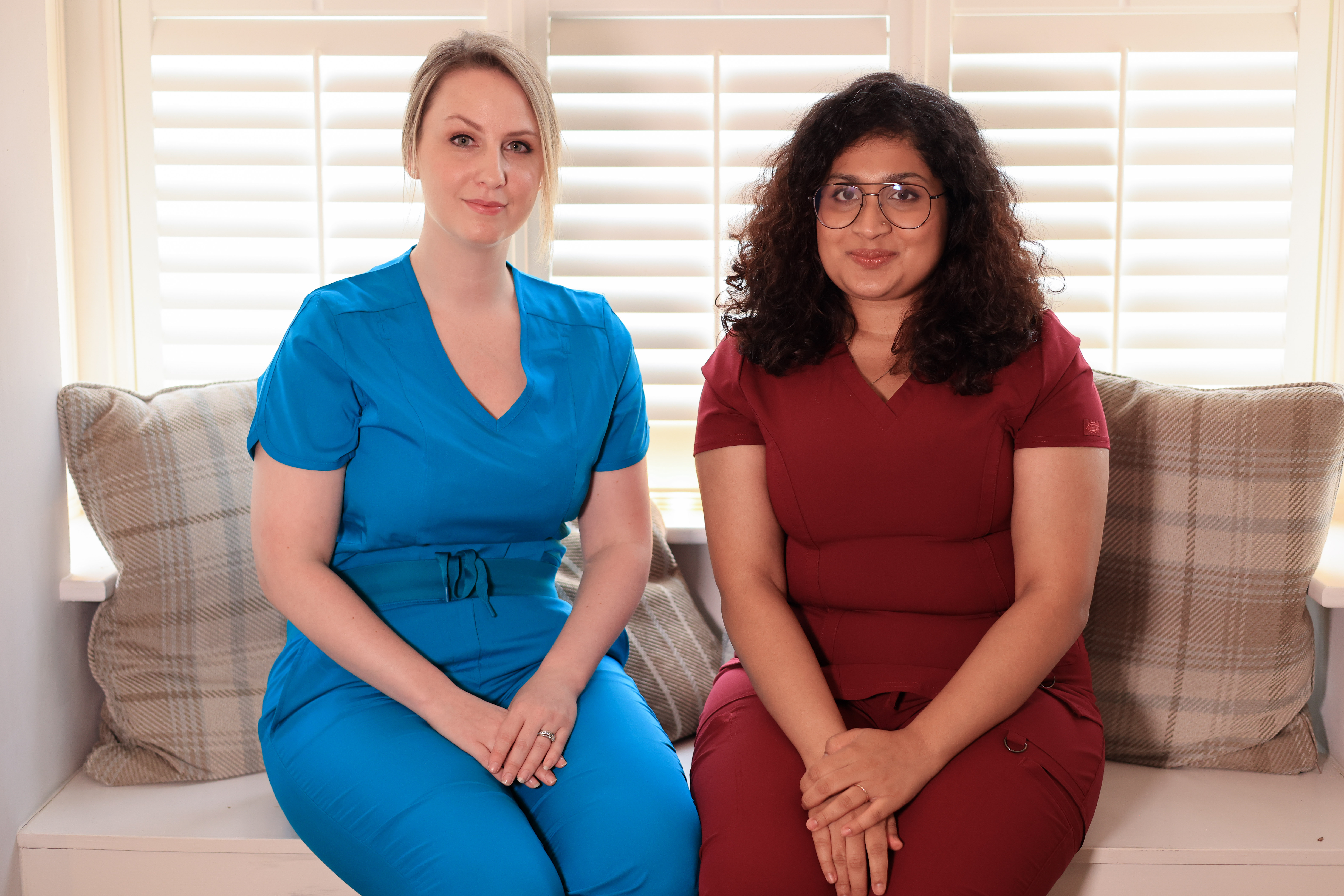 Dr Hoseein, 33, said of Sammy: “She’s been a mentor to me, has crowd funded thousands of pounds to support doctors and to help supply PPE for hospitals across the country.

“She’s also set up countless medic mental health support groups and hubs and has even been re-decorating staff rooms with the Healthcare Workers’ Foundation turning them into safe havens where medics can spend time away from the pandemic.”

WHEN Dr Waheed Arian arrived in the UK aged just 15 he had £15 in his pocket – and the dream of making a difference.

The Afghan refugee was determined to become a doctor, picking up several jobs alongside his A-Level studies.

He was eventually accepted to study medicine at Cambridge – making a lifelong ambition a reality.

The leading NHS radiologist and emergency specialist doctor worked throughout the pandemic alongside running his charity Arian Teleheal.

Set up in 2015, the non-profit connects British medics to those in war-torn countries. 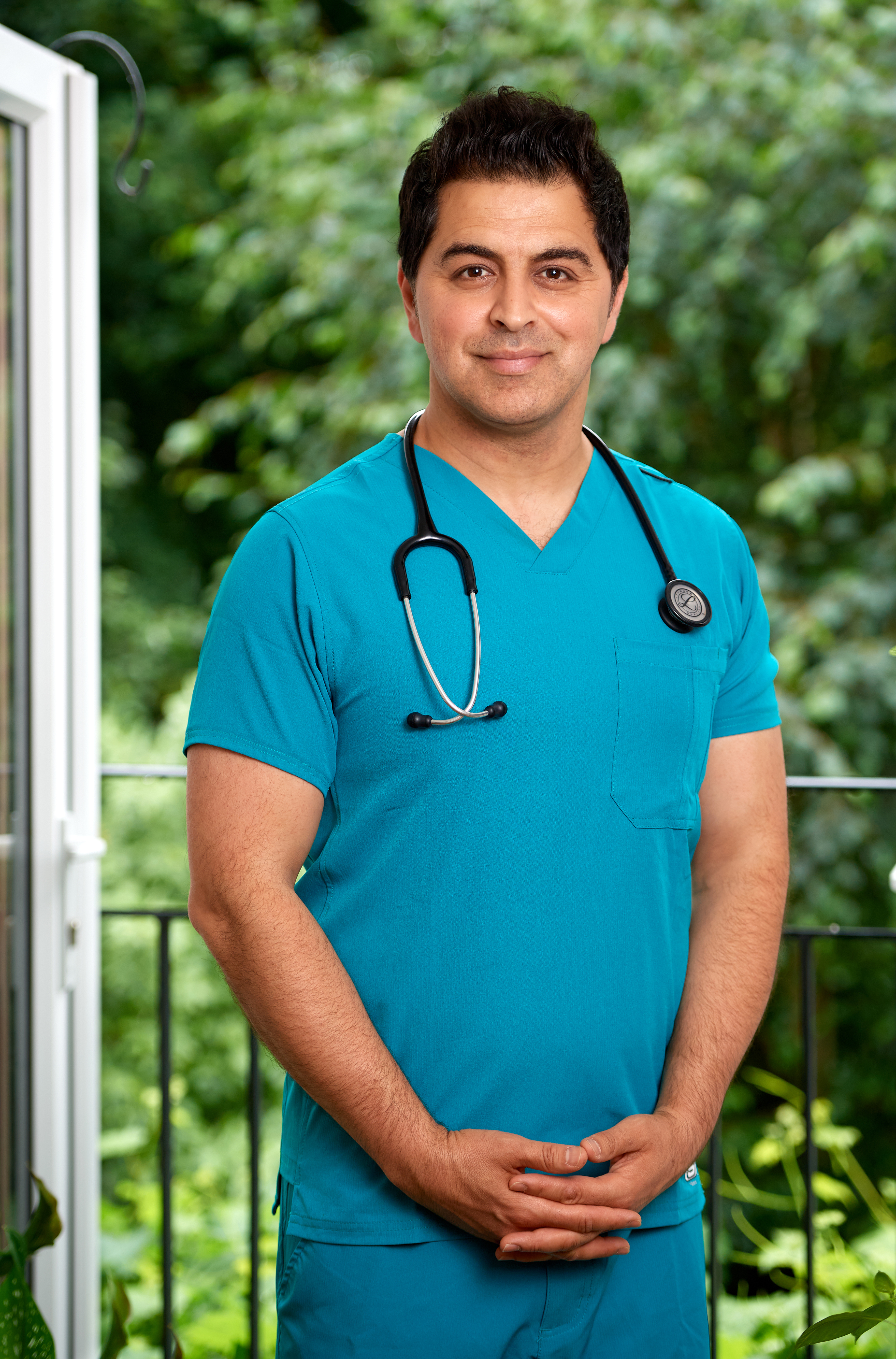 Dr Arian, 36, said: “This country gave me a future, a job, security, an education and so much.

“Being nominated for the Best Doctor award is overwhelming. All I wanted to do when I set up Teleheal was help doctors access the amazing expertise the UK can offer.”

He has also used his profile to help draw light on the ongoing humanitarian crisis in Afghanistan.

Dr Arian said: “Afghans are exhausted and scared and there's a feeling of entering another cycle of conflict.

“No one knows what to expect but I do know we need compassion – humanitarian help and compassion towards refugees.”

He knows what it is like to escape from such conflict.

Having lived in cellars to survive the relentless bombings of the Afghanistan civil war that followed the Soviet War, Waheed and his family fled to a refugee camp in Pakistan when he was just five years old.

After contracting a nearly fatal combination of malaria and tuberculosis thanks to the conditions in the camp, he developed a dream to become a doctor and save lives.

The courageous father-of-two has been nominated for the Best Doctor award by Dr Hayatullah Hemat, an intensive care doctor at Kabul Hospital whose patients have directly benefited from the work Teleheal does.

Dr Arian said: “I knew when I qualified I wanted to help medics who didn’t qualify in this country,” he said.

“Our volunteer medics aren’t better doctors than their colleagues in war zones – but they have been fortunate enough to be able to access more training and education, and they are using that privilege to give advice which is helping care for thousands of people worldwide, all in their spare time.” 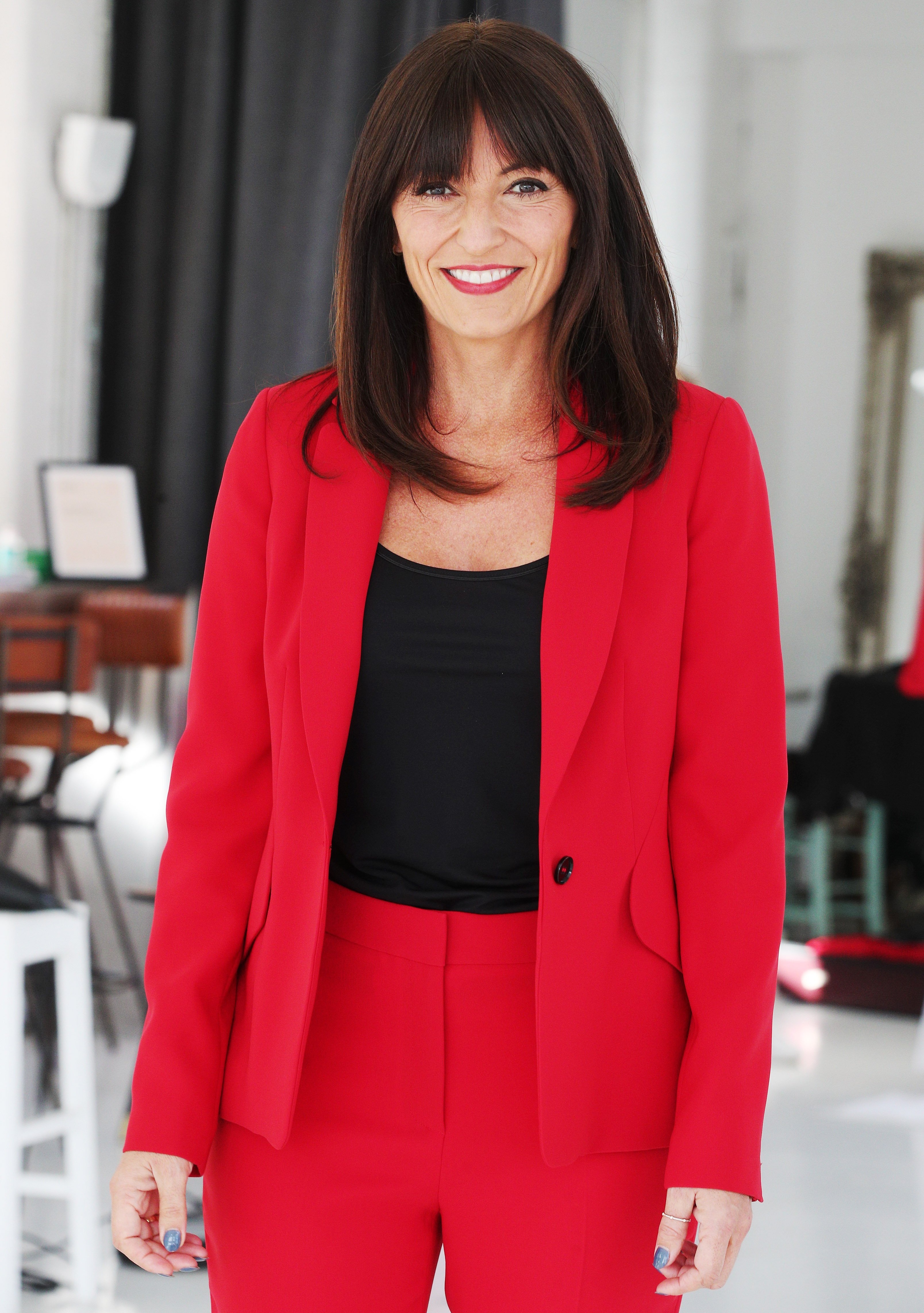