Fast-forward to today and Bohemian Rhapsody is the most-streamed song of the 20th century and is Britain’s third best-selling single of all time.

While just last month, Freddie Mercury’s magnum opus made the incredibly rare RIAA Diamond status in the US, making Queen the first British band ever to achieve this award.

Now in this week’s episode of Queen the Greatest, a mini-documentary series on YouTube looking back at the band’s history, unearthed interviews with Freddie, Brian May and Roger Taylor share how Bohemian Rhapsody’s music video came together.

It turns out the only reason they filmed one really was because they weren’t able to perform it live on TV. 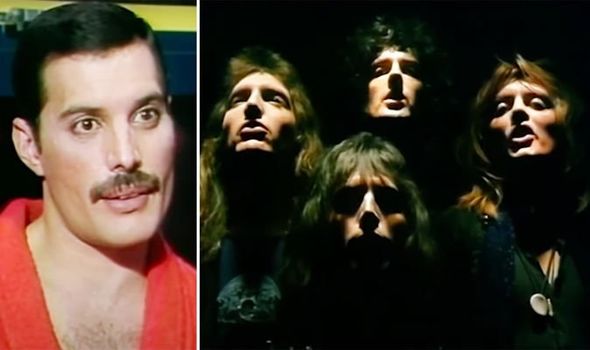 Roger said: “We made a video for Bohemian Rhapsody simply because we were on tour and we weren’t able to go on Top of the Pops.”

While Brian added candidly: “To be honest we weren’t too keen on going on Top of the Pops and standing on those little podiums and kind of miming Bohemian Rhapsody. It would have been really crap.”

Instead, the Bohemian Rhapsody music video was shot in just four hours at Elstree Studios on November 10 for the show.

The band’s iconic formation as a four made famous in it was last used for their Queen II album cover, which had in turn been inspired by a photograph of actress Marlene Dietrich. 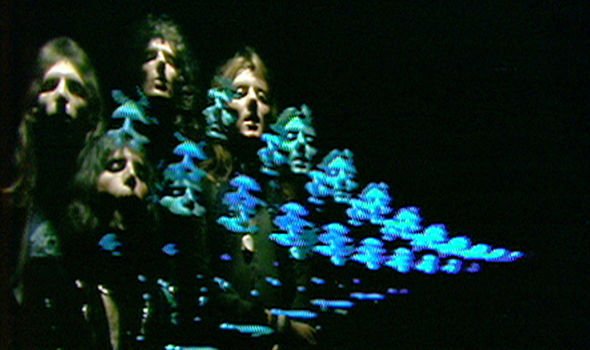 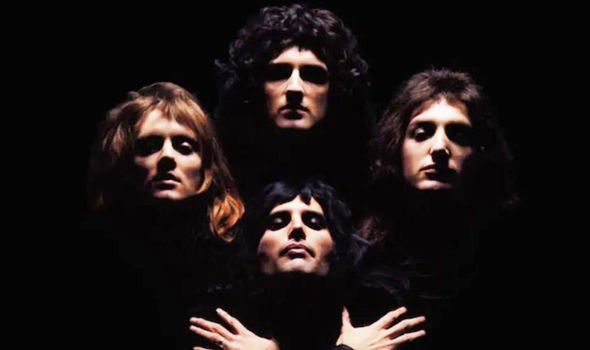 Roger said: “We used an outside broadcast sports unit to bring in their cameras into Elstree [Studios] where we were rehearsing.

“And we could go on the road and that [music video] could be on Top of the Pops and we realised ‘Wow, you don’t even have to be here to promote your record now!’

“Y’know you just make one of these little video films and that’s got to be the way in the future. And we were the first to do that.”

DON’T MISS
Brian May ‘proud’ of Queen’s 50th anniversary but hard without Freddie [QUEEN 50TH]
Elvis’ influence on Freddie Mercury and Queen according to Brian May [FREDDIE AND ELVIS]
Freddie Mercury’s Killer Queen: Brian May says he had ‘reservations’ [KILLER QUEEN]

It’s now widely regarded to have inspired the practice of creating music videos and Bohemian Rhapsody was the first filmed before the 1990s to pass 1 billion views on YouTube.

On why it was so successful, Freddie said in a throwback interview how it was down to Queen’s chemistry as a band.

The late singer shared: “It’s the first video that actually took any kind of effect into actually making sales.

A lot of videos were probably made before, but they didn’t sell records. I think that’s the first that actually [worked].”

Freddie added: “There was this chemistry that actually linked visuals with the music and it worked.”

Next week’s Queen the Greatest episode 7 is called Behind The Hits – Part 1 and will focus on celebrating all four members of the band as songwriters.

The first part will look at five chart successes written by drummer Roger.

To watch the first six episodes of Queen the Greatest click here.