BRAZILIAN football legend Ronaldinho is being probed in Paraguay over “fake passports” after cops swooped on his on hotel.

The former Barcelona ace has been ordered to appear before prosecutors later today after allegedly entering the country with falsified documents. 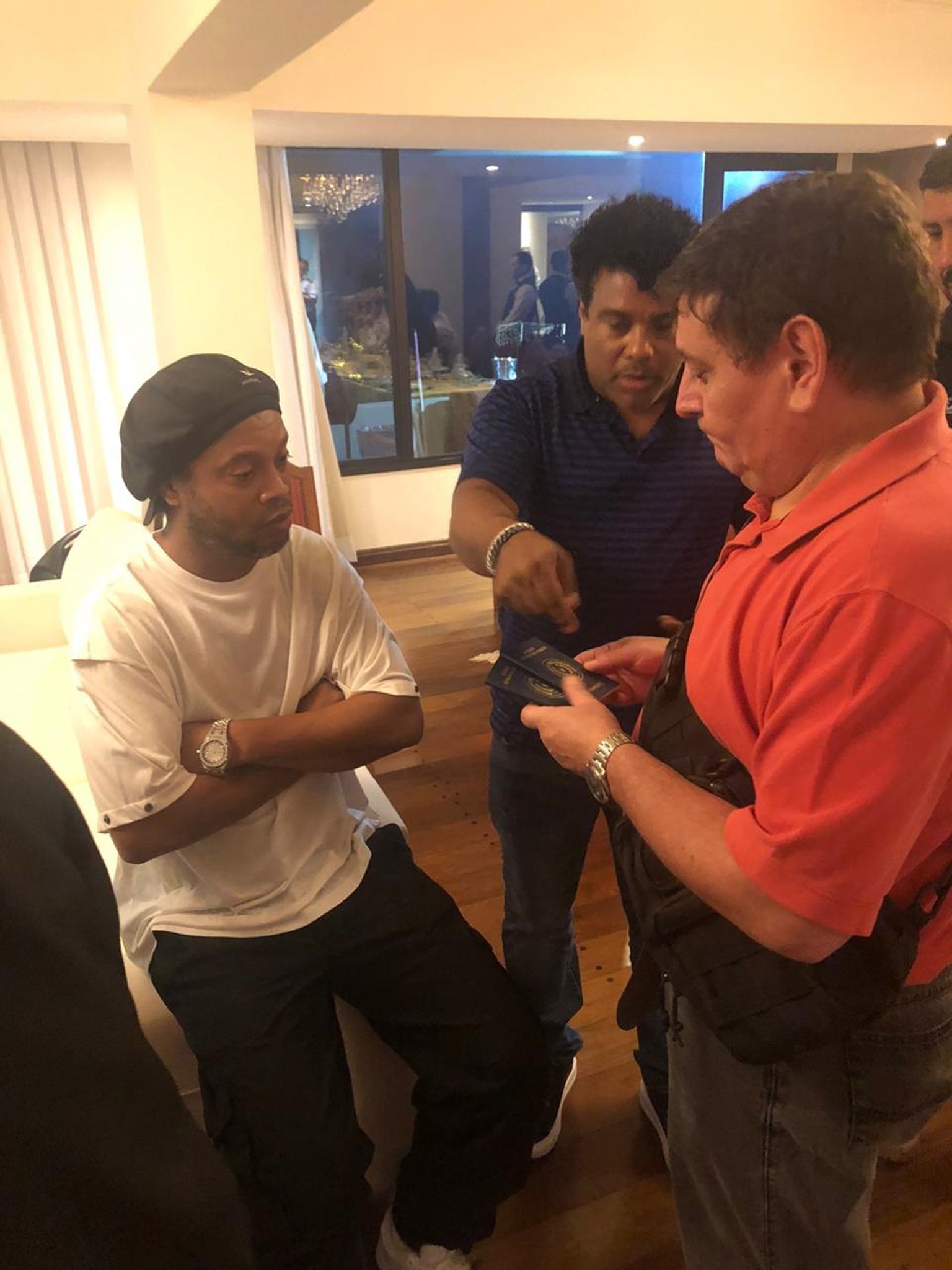 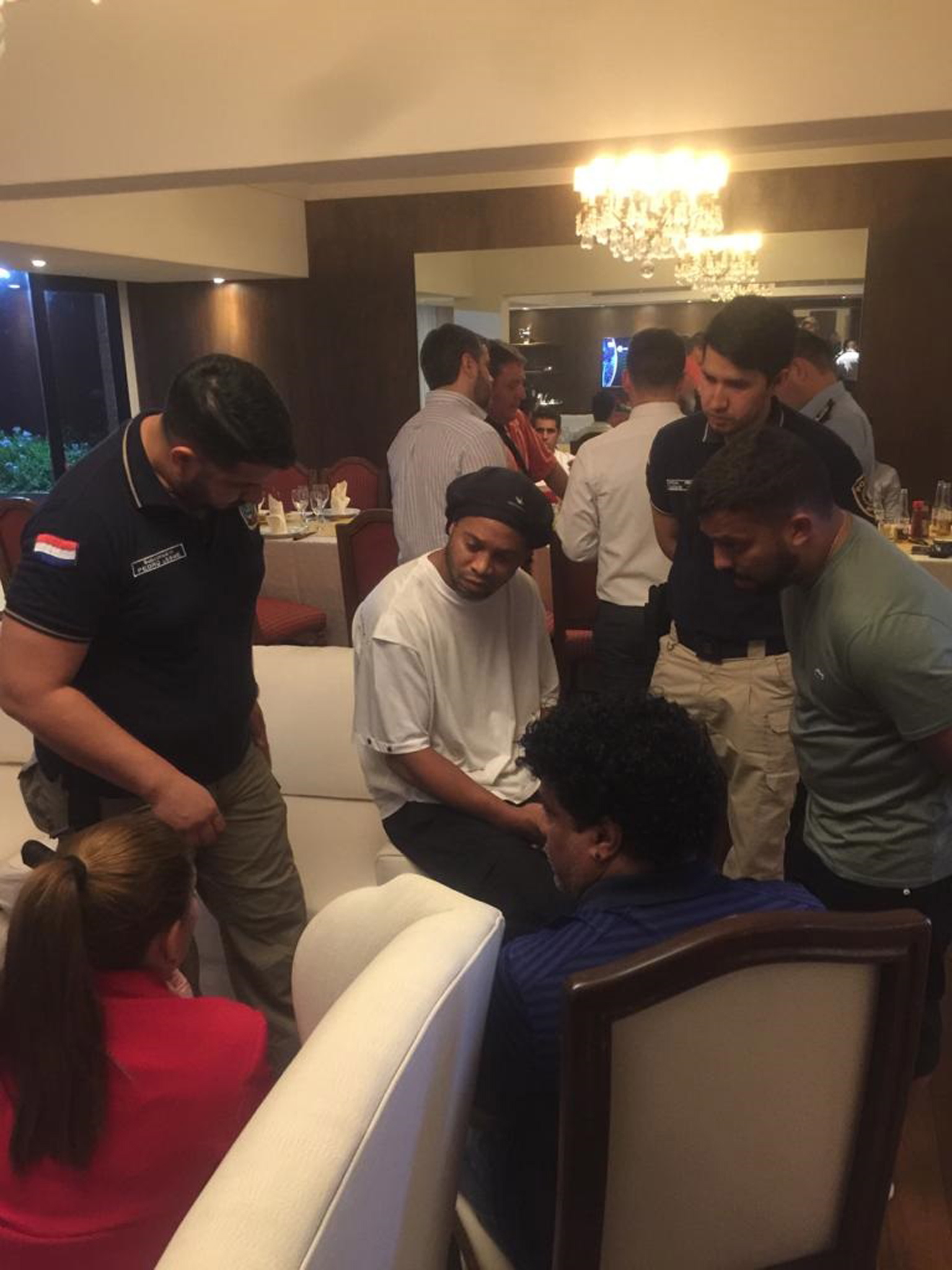 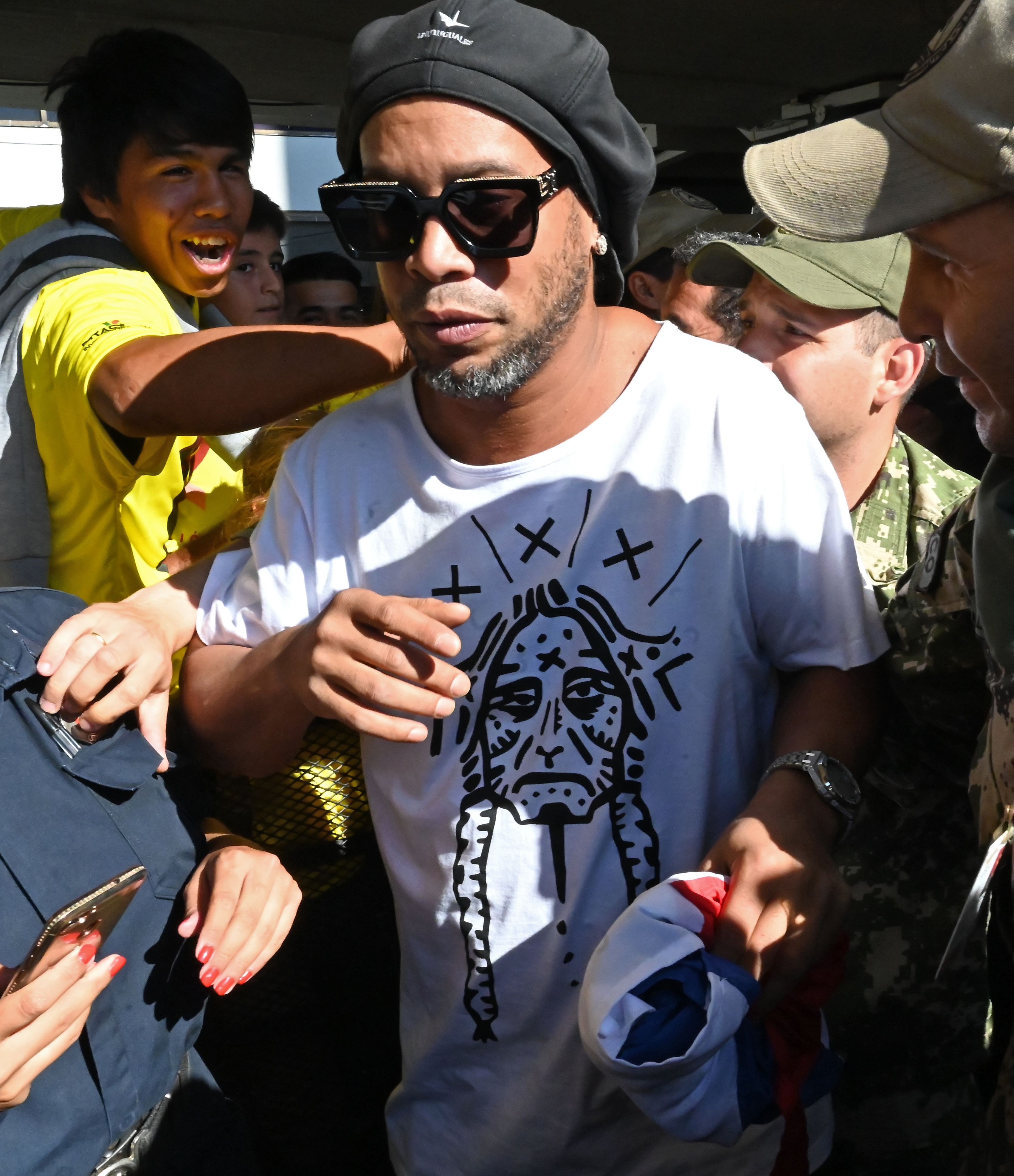 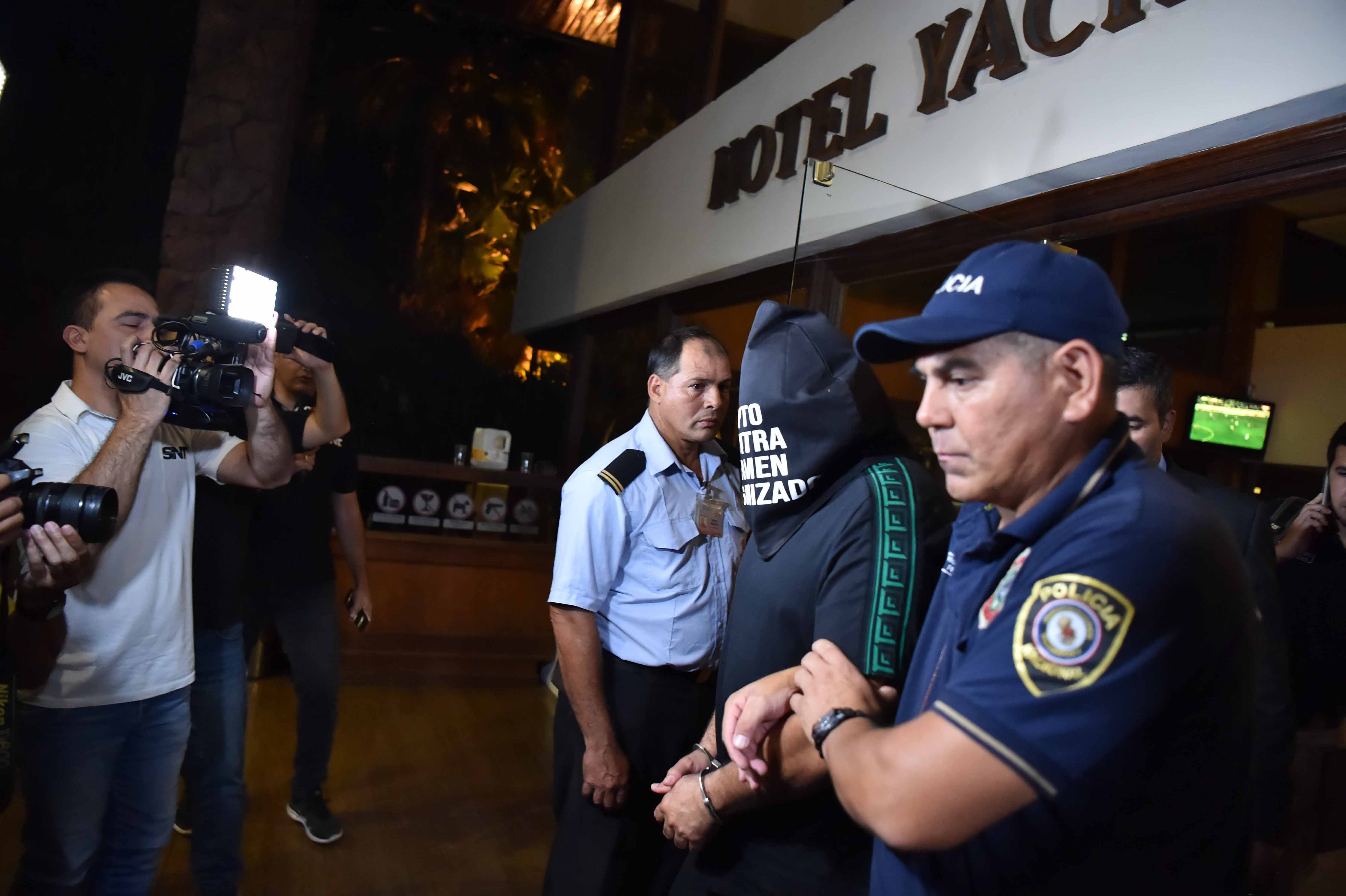 Ronaldinho has been banned from leaving his luxury hotel on the outskirts of the Paraguayan capital Asuncion until his quiz.

Police went to his hotel yesterday – the Yacht and Paraguayan Club Hotel Resort – after being informed about the alleged dodgy papers.

The Paraguayan passport in his full name – Ronaldo de Assis Moreira – was issued on January 7 this year and states he is Brazilian but describes him as a naturalised Paraguayan.

Ronaldinho’s brother Roberto has also been ordered to appear before prosecutors at 9am local time after an allegedly falsified Paraguayan passport in his name was found in his room.

A Brazilian businessman, named locally as 45-year-old Wilmondes Sousa Liria and identified as the man suspected of facilitating the documents, is the only one of the three who has so far been arrested.

It said in a statement: “Prosecutors investigate Brazilian player Ronaldinho’s documents and passports.

“Prosecution officials Federico Delfino, Alicia Sapriza and Marcelo Pecci led an investigation and carried out a joint operation with the National Police.

“It was carried out in a presidential suite at the Yacht and Paraguayan Club Hotel Resort in the city of Lambare.

“According to the information received, they had Paraguayan passports when they entered the country on Wednesday afternoon.

“These documents are being analysed so their authenticity can be established. Two passports, a national ID document and mobile phones have been confiscated.

“Ronaldinho and his brother said they had been invited to Paraguay by Nelson Belotti, owner of the Il Palazzo casino, and had been contacted by the representative of a foundation called Fraternidad Angelical about participating in some charity events.

The two brothers remain free to move around their suite at the resort but will remain there under custody.”

Last September it was reported Ronaldinho and his brother agreed to pay a fine of more than £1million to recover their Brazilian passports.

A judge had seized their passports after they were convicted of building an illegal fishing platform on a lake in a conservation area.

They were given until October to pay the fine. It was not immediately clear today if it had been paid.