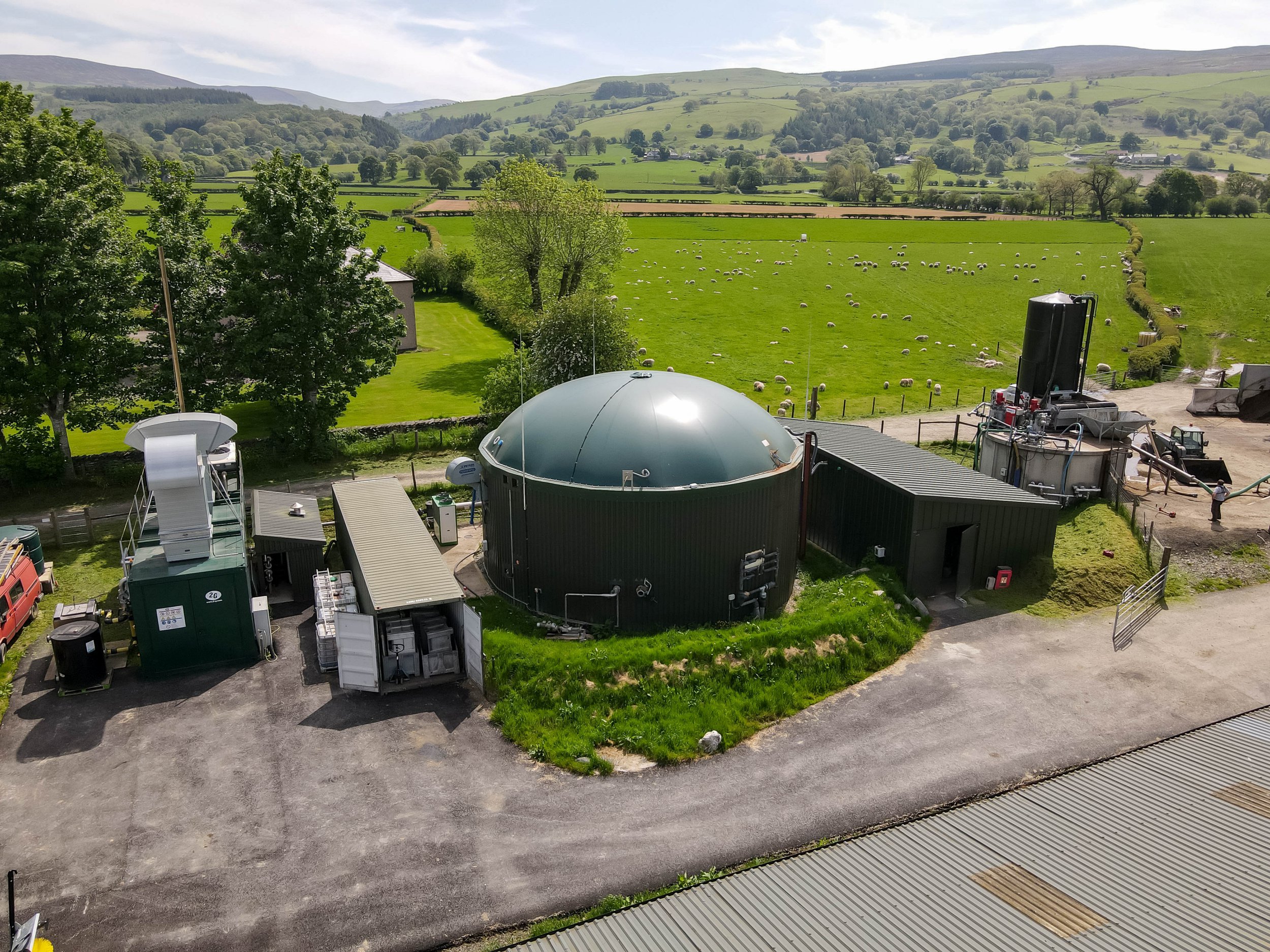 Where there’s muck there really is brass as farmers are turning their hand to mining cryptocurrency using cow poo to generate electricity for the computers.

At present many generate electricity through green means and sell it back to the National Grid.

But more and more are discovering that they can make ten times the amount by using the power to run adapted computers that mine cryptocurrencies.

Using a 100 percent green, carbon-neutral energy source like manure, struggling farmers can earn extra cash to help with the farms.

Selling their power to the National Grid can earn them around seven pence per kilowatt.

Running a cryptocurrency rig, however, can earn around £40 a day – earning nearly £15,000 in a year or even more depending on fluctuations.

A specialist firm that makes mining computers that can run on green energy has seen a big uptake from farmers wanting to diversify.

The firm, Easy Crypto Hunter, based in Bury near Manchester, even uses manure to run its own machines.

A big six-cylinder engine running at 500rpm turns methane given off by decomposing cow manure into electricity in a process called anaerobic digestion.

Without oxygen the microbes break down the manure to produce methane, which can be combusted to produce heat and electricity with the waste being used as fertiliser.

The power generated can not only run a farm but can also run a mining computer the size of a suitcase.

The carbon-neutral cryptocurrency rig, costing about £18,000 then runs 24 hours a day mining currencies such as Ethereum.

The rigs works, or ‘mines’, complex computations that verify transactions, thus policing the whole system and in return are rewarded with new cryptocurrency

The firm and its clients don’t mine the most famous cryptocurrency Bitcoin because it takes too much energy to do so.

Tesla billionaire Elon Musk, who once touted the future of cryptocurrency, attacked Bitcoin for guzzling energy and creating harmful fossil fuels for its requirement of super-powerful, energy-intensive computers.

Farmers have been encouraged to use green energy sources for years so are in the driving seat to benefit from the latest technology.

‘Farming is getting much harder, and that is something which will often drive a farmer to diversify in order to earn a good living.

‘There’s a lot of diversification going on in farming these days and, while the average age of our agricultural customers is 58, the vast majority of farmers now can talk about technology with the same confidence they talk about cows and pigs.’

The company has more than 250 registered customers, has taken more than £5 million in sales, and is believed to be the only seller of crypto mining machines in the UK with a brick and mortar office.

Mr Riddett added: ‘Elon Musk wiped billions off global crypto markets when he said Bitcoin mining was bad for the environment but what we’re doing couldn’t be greener.

‘Our computers are capable of mining hundreds of different digital currencies but we don’t mine Bitcoin because it’s not as energy efficient as other coins and it’s not as profitable.

‘When we started this business four years ago, green energy wasn’t on our customers’ radar, but now it’s approximately 40 per cent of our business, and growing every day.

‘It’s a good idea for both the client and the green energy supplier, so a win-win all around.’

He said that mining for other digital currencies like Ravencoin and Ethereum is far more sustainable than mining for Bitcoin as it costs less energy.

The company was set up in 2017 from ideas that were spawned while he was president of the Entrepreneur Society at Lancaster University and last year he was among delegates at an EU cryptocurrency summit.