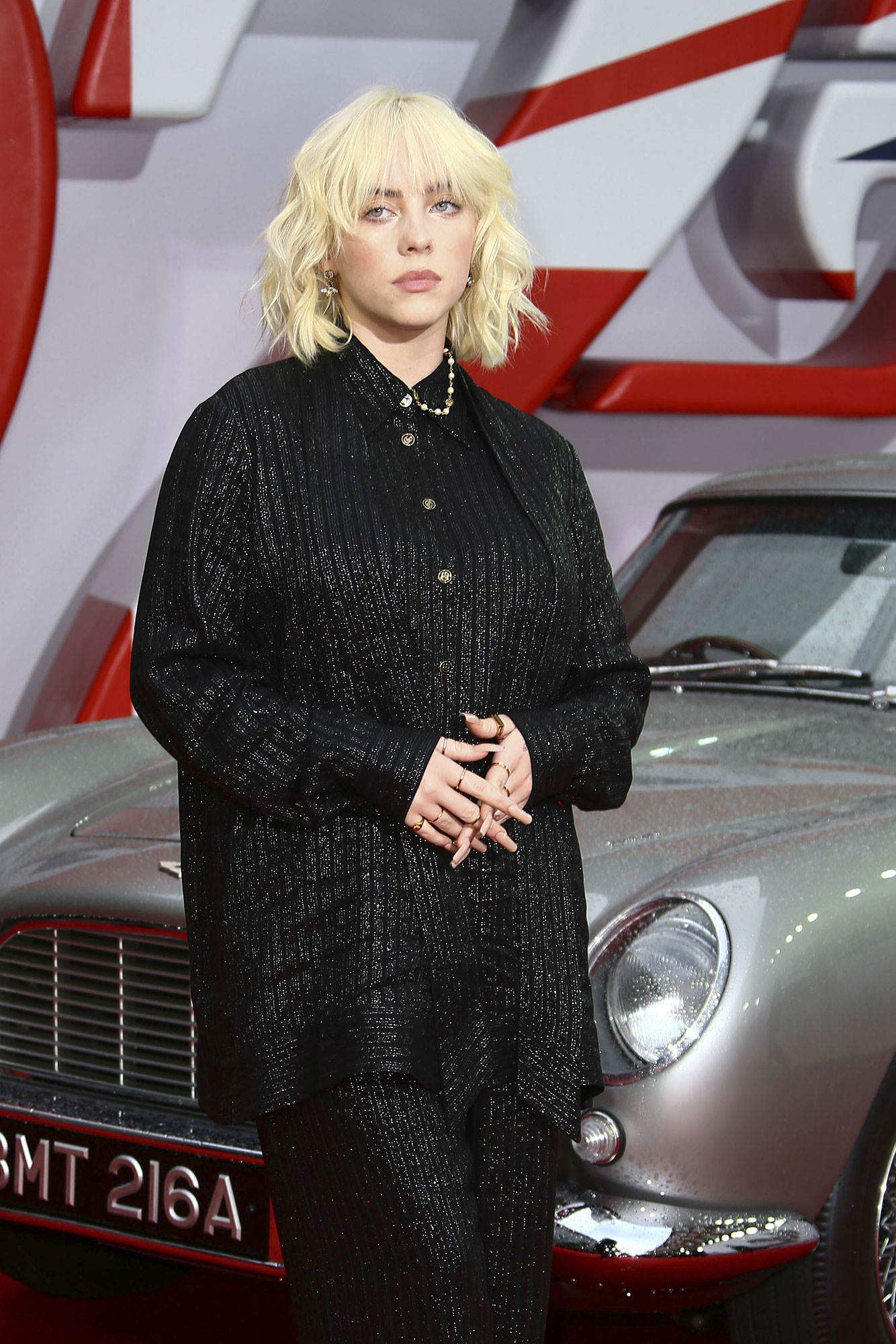 Teasing her tattoo! Billie Eilish rolled up to the No Time to Die red carpet in a to-be-expected Gucci set, but she still managed to send fans into a freak out thanks to some new ink.

The 19-year-old singer subtly debuted her latest design while walking the red carpet — and surprise, surprise it has a mythical meaning. After zooming on in on multiple images, it appears that the design is an intricate fairy. 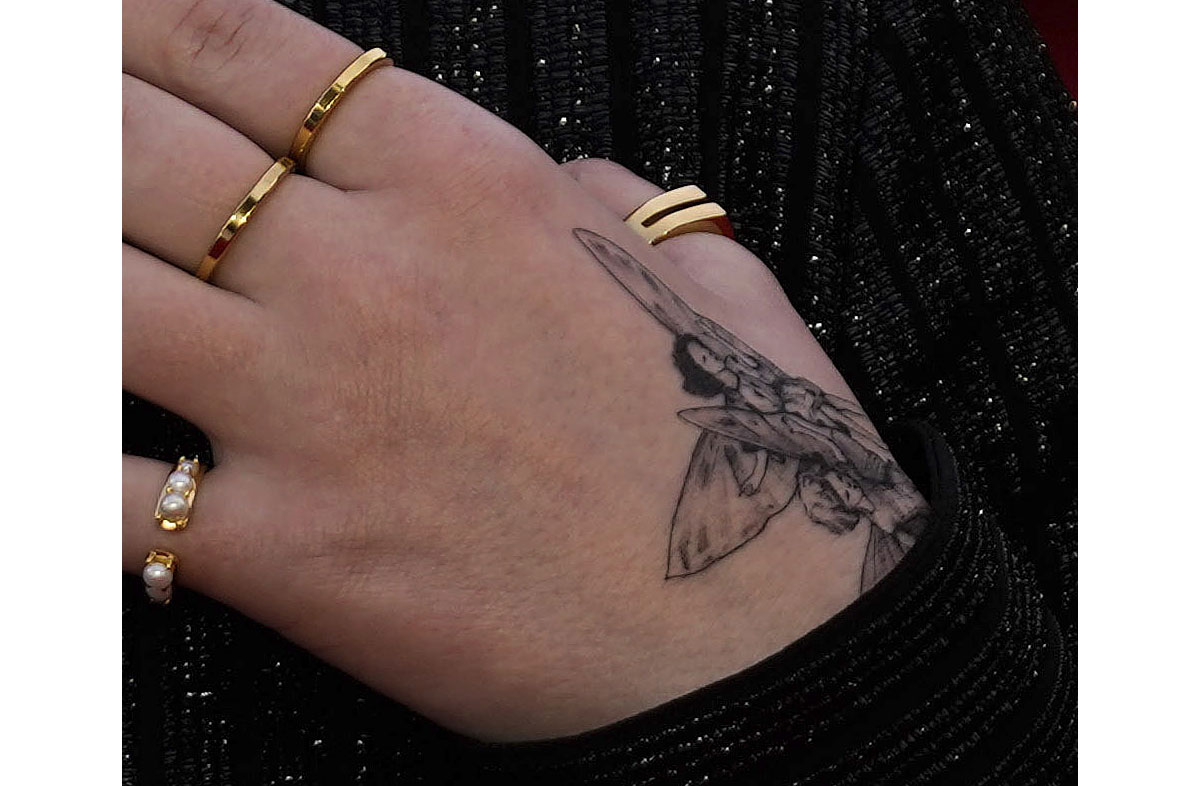 Once the ink was spotted, it didn’t take long for her fan base to start obsessing over the addition. “BILLIE EILISH GOT A HAND TATTOO HELLO,” a person tweeted. Another added: “BILLIE EILISH HAND TATTOO ERA WHO ELSE JUST WENT INTO A COMA.”

The new design marks the “Bad Guy” singer’s third tattoo — that we know of. Eilish has a history of trying to keep her ink under wraps.

In an October 2020 interview with Vanity Fair, Eilish revealed that she “did get a tattoo,” adding that her fans “won’t ever see it.” Later that year, it was revealed in an interview with Rolling Stone that the ink in question was her middle name, “Eilish,” written on her chest. She got the design following the Grammy Awards.

Fast forward to May 2021, and Eilish shocked her fans when Vogue UK dropped her cover. In the spread, the star gave a peak at her thigh tattoo — a mythical dragon.

“DOES BILLIE EILISH HAVE A DRAGON TATTOO!?! yallllll. ughhh. she’s such a baddie i wanna be friends with her,” a fan wrote at the time. “I never knew Billie Eilish had a tattoo. And that it’s a wholes dragon,” someone else quipped.

Fast forward a few months and the Grammy winner gave everyone a better look at her ink following the Met Gala. After the soirée, she stepped out for an afterparty in a gorgeous red Oscar de la Renta gown.

Adding tattoos to her collection isn’t the only change Eilish has made to her appearance recently. In May, she revealed that she dyed her neon green locks a platinum blonde hue over the course of six weeks.

“I couldn’t go anywhere with that hair because it was so obviously me,” she told Elle last month about what inspired her to switch up her color. “I wanted anonymity.”