The Portuguese coach – who took over at the Stadio Olimpico last summer – welcomed the VIPs dressed in a chapan coat. 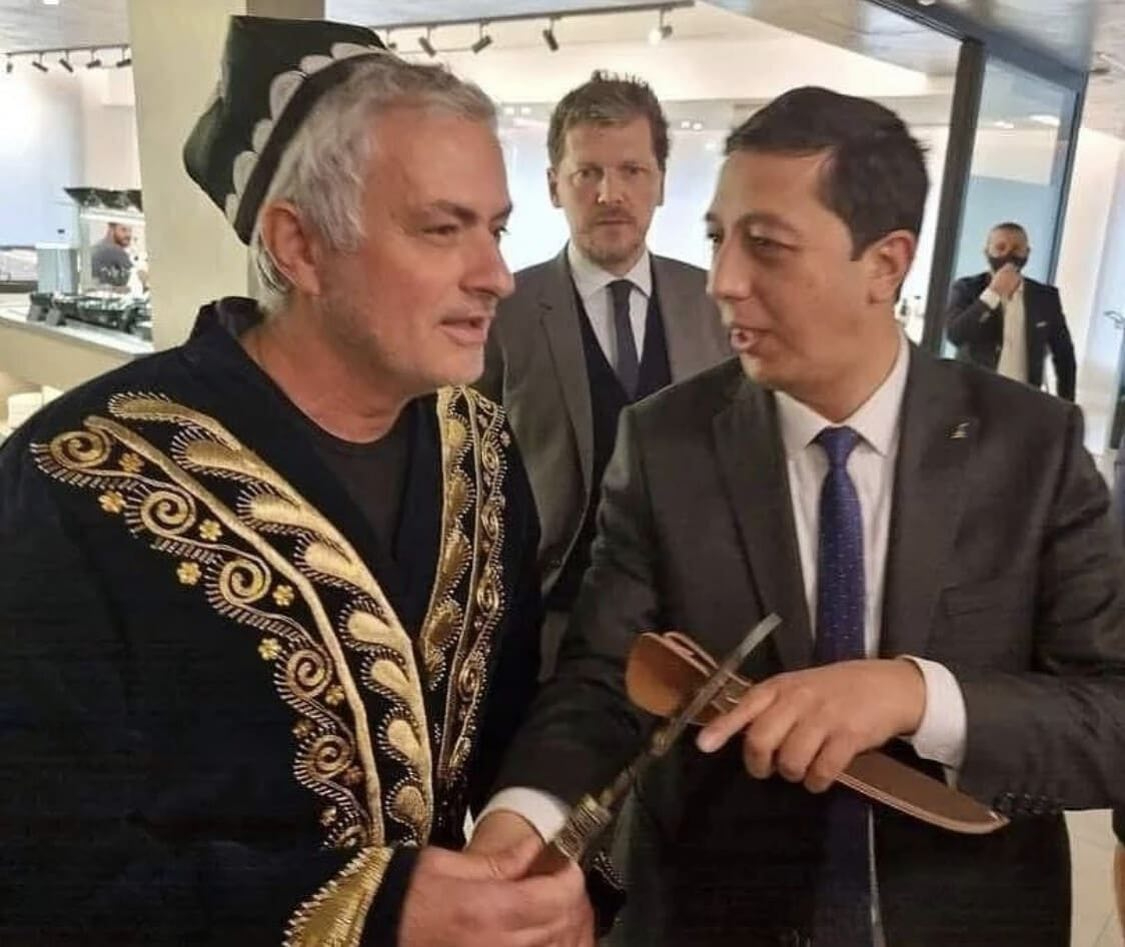 The visitors were in town to meet Roma’s Uzbekistan striker Eldor Shomurodov, who signed from Genoa back in August.

And they gifted the Special One a traditional knife – called a pichok.

Uzbekistan is currently celebrating its 30th anniversary after the break-up of the Soviet Union.

Shomurodov joined Mourinho in the Italian capital in the summer and has scored once in 12 Serie A appearances.

He has played up front so far this season alongside England international Tammy Abraham.

The ex-Chelsea star has been outsourcing his attacking partner, recently finding the net against Torino.

That followed the brace he scored against Europa Conference League opponents Zorya Luhansk – including a stunning overhead kick.

Roma currently sit fifth in Serie A, one point ahead of Fiorentina, Juventus and Bologna.

They next face a blockbuster meeting with reigning champions Inter on Saturday evening.

And it is just as well Abraham is currently firing for them as reports say they stand to lose striker Borja Mayoral to Crystal Palace in January.