But now the Ivory Coast star is really letting them do the talking at Fulham. 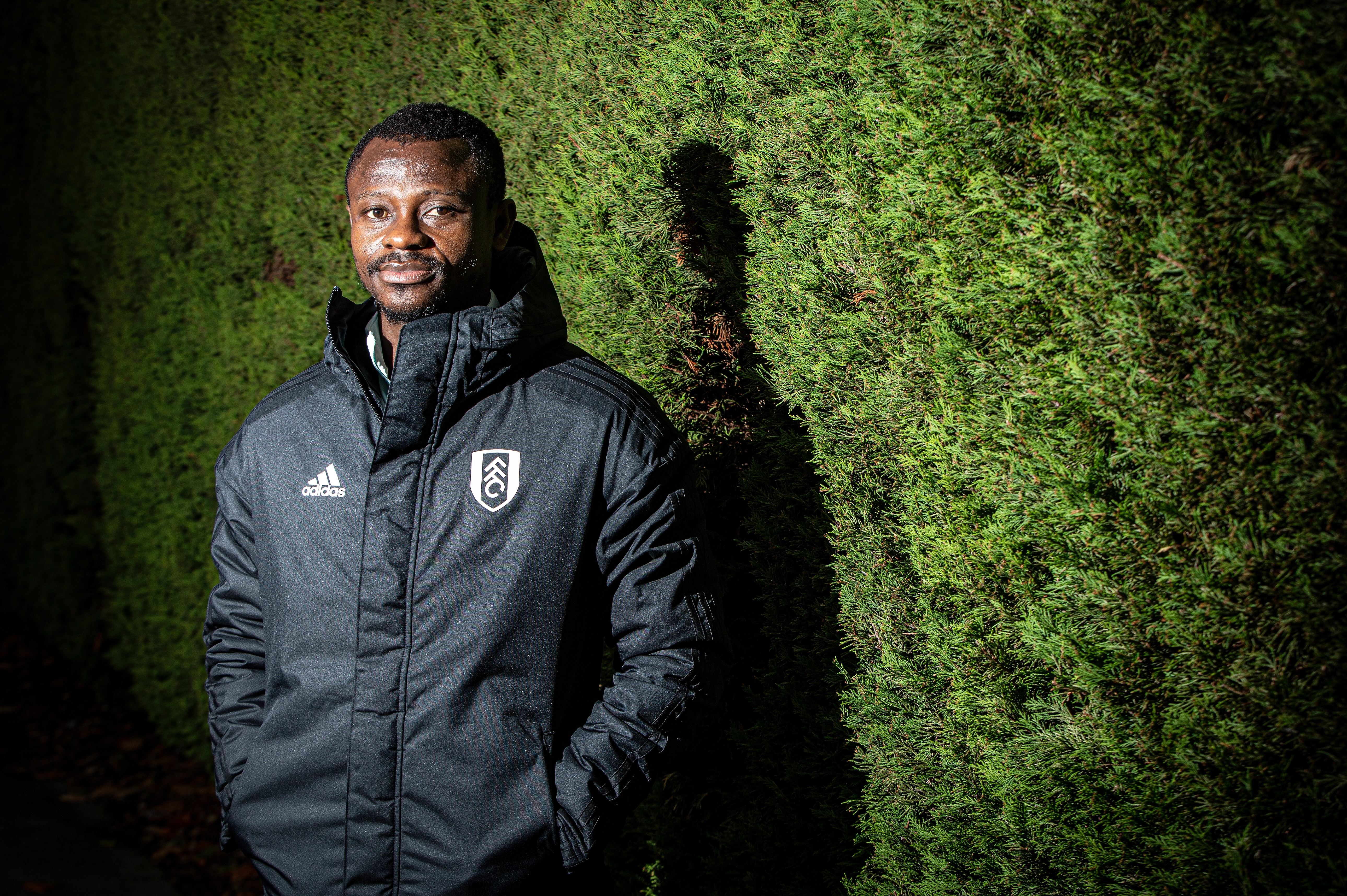 Seri, 30, arrived at Craven Cottage three years ago to a huge fanfare after the club paid Nice £25million.

It was seen as a transfer coup as Barcelona had tried to sign him just one year before.

Yet he had an awful first season at the club under first Slavisa Jokanovic and then Scott Parker, which ended in relegation from the Premier League.

Seri – who has spent most of the past two seasons on loan at Galatasaray and Bordeaux – suffered from ingrowing toenails in cold weather.

He said: “My toenails on my left foot were very painful when the weather was cold.

“I had to cut them every time because they grew into the flesh.

“It was something that had never happened to me before because I was playing in Portugal and the south of France where the weather was warm.

“Yet in England it was the first time I had played in cold weather and it was difficult. I had to wear a bigger size left boot.”

But Seri has since fixed the problem and no longer suffers from the issue.

He added: “This time is different. I put cream on my feet and the problem has gone.”

Championship leaders Fulham take on Bournemouth on Friday night in a top-of-the-table clash.

And Seri is now finally showing the Craven Cottage faithful why the club invested so much money in signing him.

The midfielder is right up near the top of the league's assists standings with six so far. 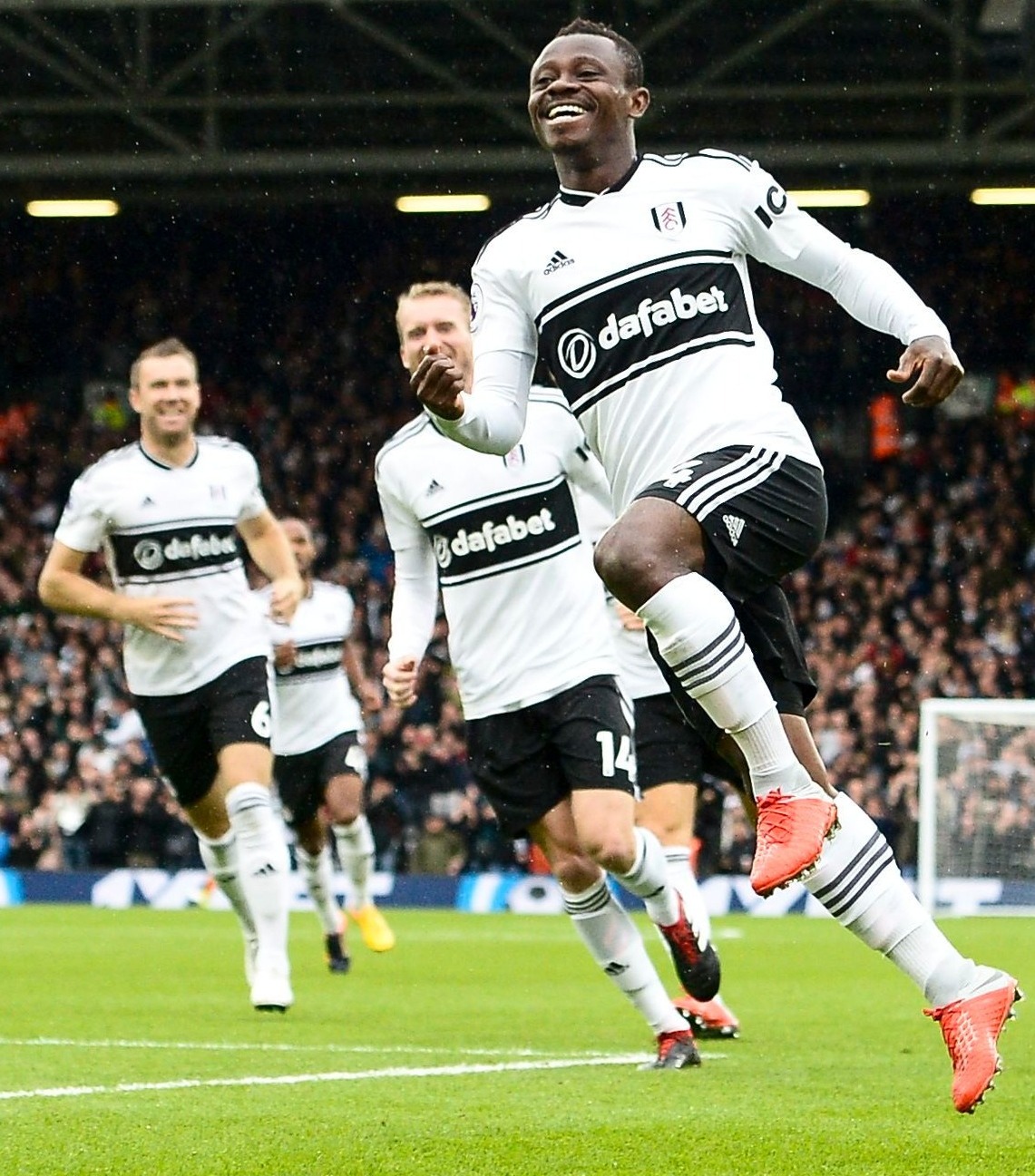 He has also started 17 of the club’s 20 league matches and been a commanding and calming presence in the middle of the park.

It is all a far cry from his first season at Fulham – which started superbly with a stunning goal-of-the-month winning strike against Burnley but quickly fizzled out in a campaign that saw the West Londoners crash back into the Championship.

But the Ivorian believes he has unfinished business at the Cottage and accepts his previous performances were not good enough.

Seri said: “I felt a lot of expectation when I joined. The Fulham fans had heard about me almost joining Barcelona so thought I would help them stay in the Premier League.

SERI revealed he had to be told by a friend that Fulham fans had made up a song in homage to him.

And the midfielder said: “They sang it against Millwall and my friend told me the fans were singing my name.

“But I watched the game back on TV and heard it good, I heard my name.

“It gives you a lot of positive energy to go again and fight for them.”

“Unfortunately things didn't go as we all wanted.

“The club spent a lot of money for me and expected better from me.

“I didn’t give back something.. I must give the club something back for that investment so I'm glad to be doing so now.

“When you first come to England, it can be difficult. We can see this with a lot of players who come from different countries because it’s very different here to other leagues.

“What I learned, reflecting on that season, is that you must have a winning mentality every day, not just on matchdays.

“If you have this mentality, you’ll be ready for every game and that’s the key as a professional player when you come to England. At first I didn’t have that.

“What I mean by this mentality is winning every day, winning in every training session. You must not lose the ball easily and must try to win every challenge.

“If you have a game on Saturday, you can’t start preparing on Thursday. You must be preparing from Monday to the matchday. 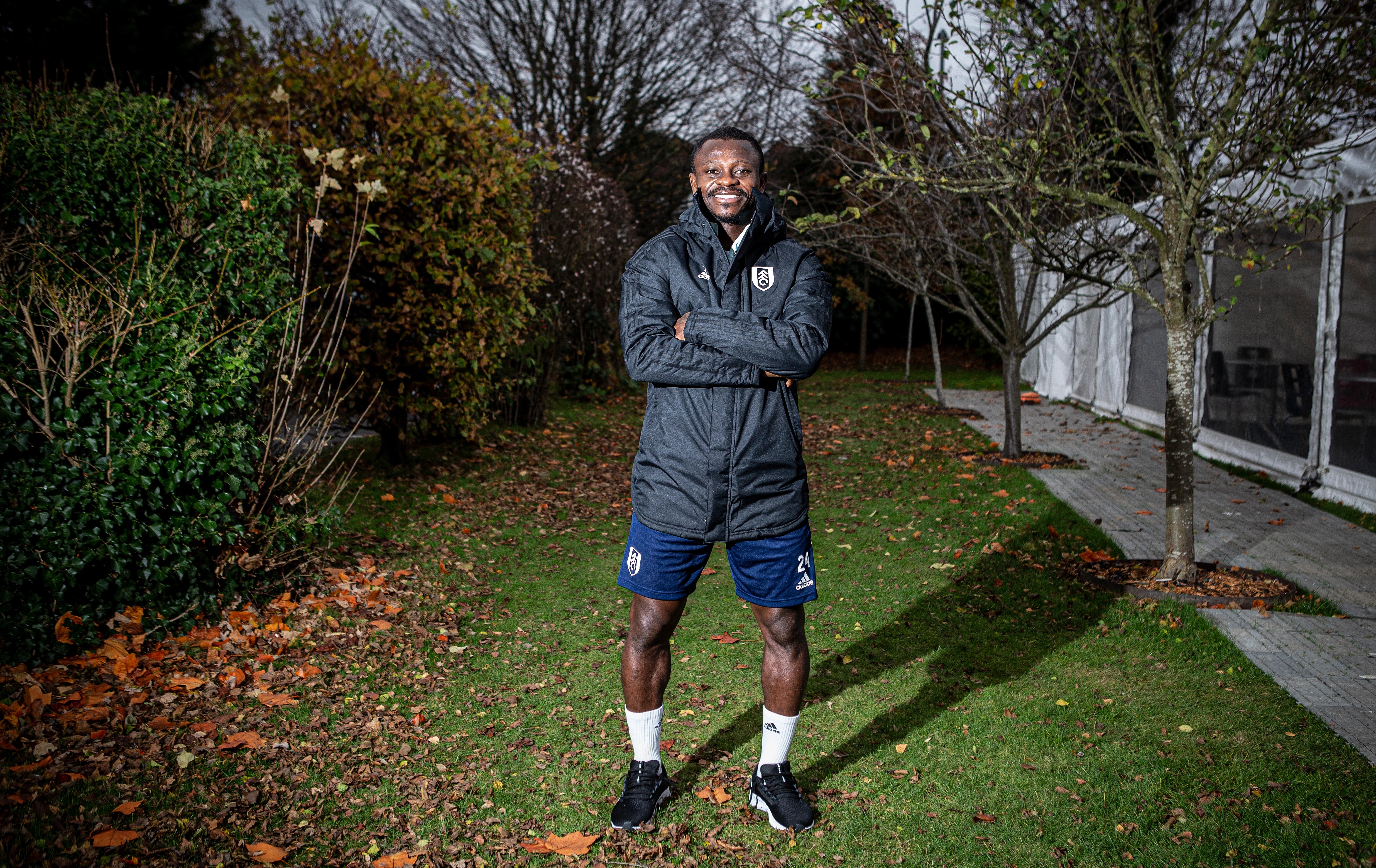 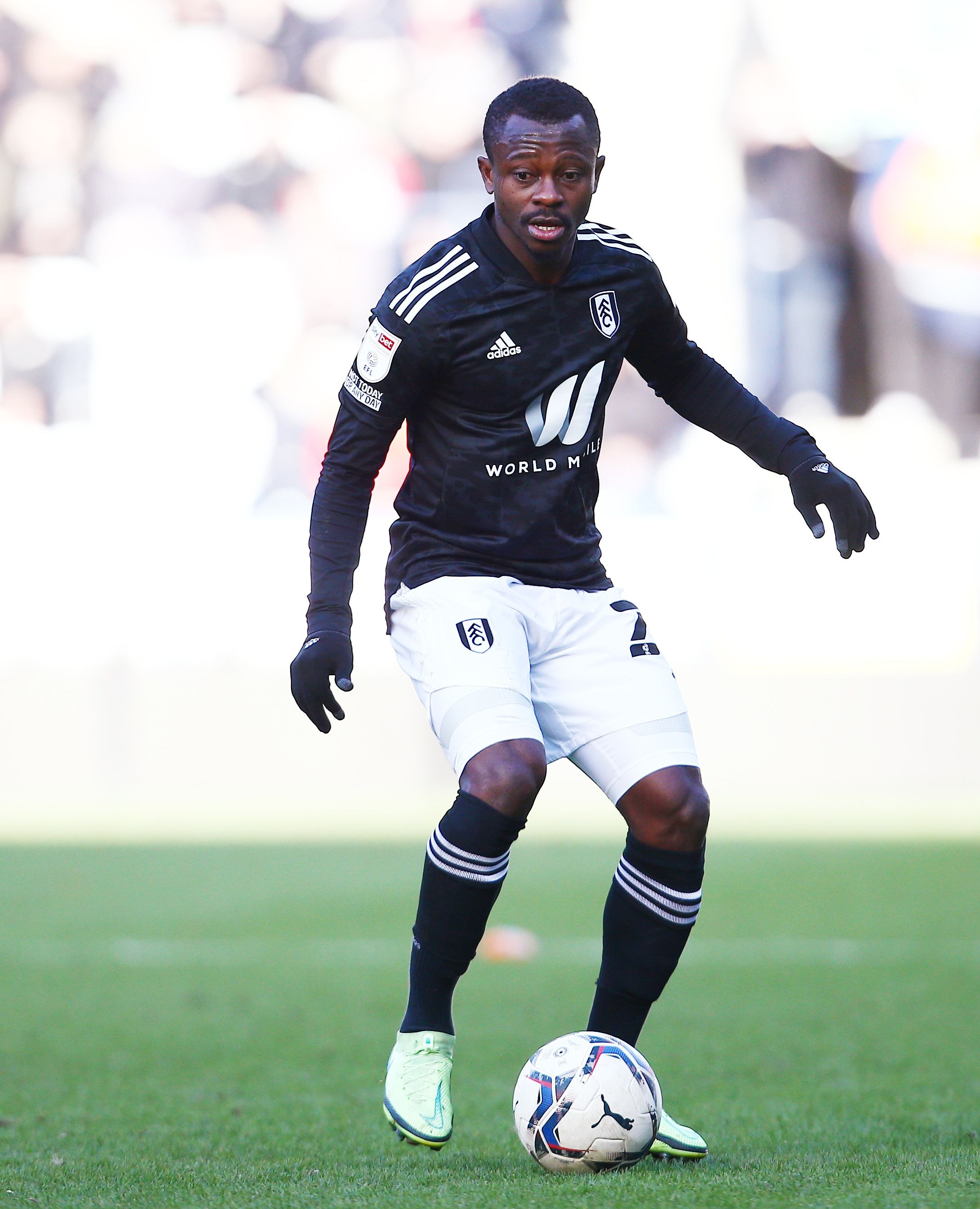 “Do that, and you’ll arrive at the game winning every challenge, you won’t be giving away possession and when you’re winning 1-0 you’ll want to defend well to make sure you don’t concede a goal. That is a winning mentality.

“And then you move on to the next game and go again. You must have this routine

“If you don’t do this, it’s impossible to be successful.

Seri had a good season on loan at Galatasaray, playing Champions League football, and when he returned to Fulham last summer with the club back in the Premier League, he was desperate to make amends.

But he did not feature in a single top-flight game and only managed 118 minutes of football in the Carabao Cup, coming on as a sub against Sheffield Wednesday before playing the full 90 against Brentford.

Seri was not even involved in a Premier League matchday squad so he decided to go on loan to Bordeaux during the January transfer window.

He said: “I had a positive season in Turkey so it was frustrating to not play.

I was thinking, ‘Why does the manager not realise that I can help the team?’ because I was in very good form and very confident.

“I was thinking, ‘Why does the manager not realise that I can help the team?’ because I was in very good form and very confident.

“I had learned from my past experience in the Premier League. If he gave me one chance, I could’ve helped the team.

“It was a big frustration and not what I expected when I returned.

“I spoke to Scott Parker before we started the season and that conversation must remain private. But he decided what he had to decide and it was a difficult situation for me.”

However, when he returned from Bordeaux this year, new boss Marco Silva told the midfielder he was part of his plans.

And since then Seri has not looked back and has promised fans there is no chance of him leaving during the January transfer window.

He said: “When the gaffer arrived, he said, ‘I want you to help us go up together into the Premier League.’

“I knew Marco from when he was in Portugal and I thought, ‘Why not?’ I wanted to stay here and my family like London too.

“The Championship is actually better than a lot of the leagues in Europe. 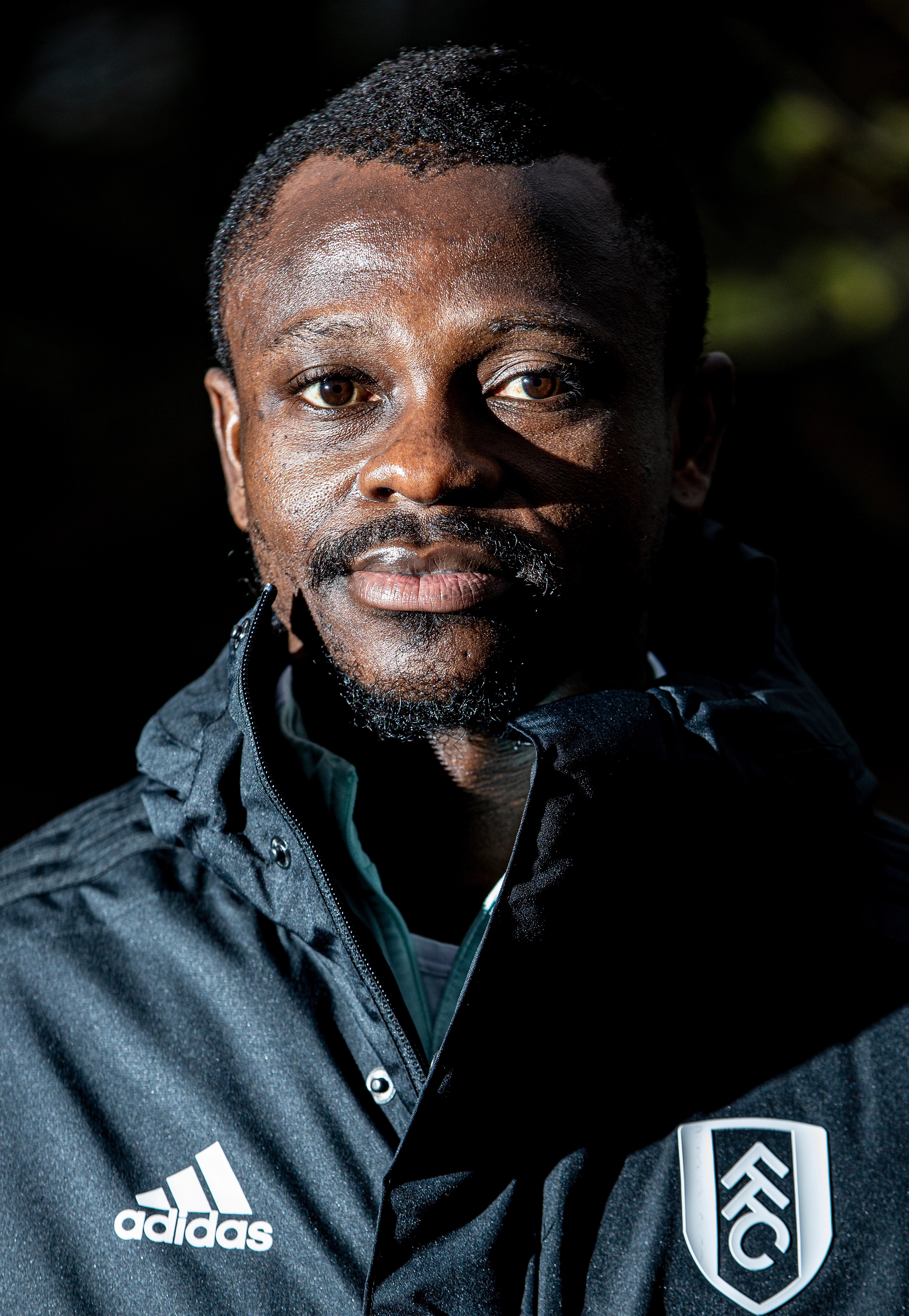 “I’m here for the whole season. I want to celebrate when we get promoted. I want to enjoy this moment with the club.

“Fulham deserves it because they’ve spent a lot of money on me. They deserve to be in the Premier League for many years and I believe Marco is building something good.

“And I want to pay the club back.”

ALEKSANDAR MITROVIC: Everyone speaks about the goals he is scoring – but it’s not just about that anymore with him.

Before, I knew Mitrovic as a striker, a No9 who would get into the box on the end of the long ball.

Mitro is coming back to participate in the game and that is very different and important for the team.

BOURNEMOUTH CLASH: There will be no surprises for us. We’ve planned everything. The manager has put something on the table – a plan and we’ve done everything he has told us.

What is being demanded of us is very easy. We don’t need to complicate it.

We don’t have to add anything. He is telling us exactly what he wants and in this way we can be successful together.

THE FANS: The way they’re coming and pushing us, we must keep going.

Some months ago, we were without them so we’re very happy they’re back and we want them to push us until the end.